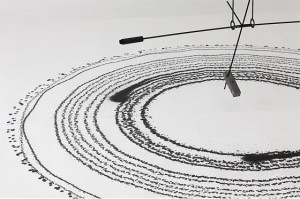 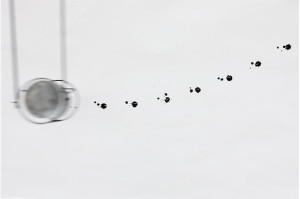 There are several ways to visualize gravity. Newton may tell you to drop an apple. Galileo would probably say drop two different balls. But in what is perhaps the most artful representation of gravity, Kouichi Okamoto of Kyoei Design has created a suspended contraption that creates a painting – a record, in essence, of the earth’s gravity. 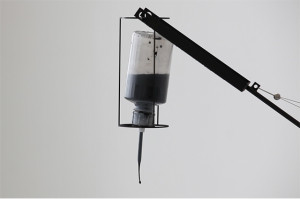 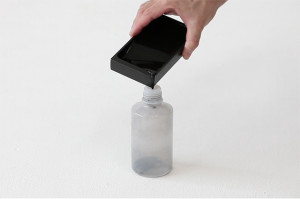 “Magnetic Field Record” consists of a bottle of sumi ink on one side, balanced by a large magnet on the other side. As the device rotates, liquid drips out of the bottle, leaving splotches in its path while also shifting the entire weight balance. This causes the bottle to move on an incline towards the center of the paper, which creates both a different path of splotches but also different intensities. But rather than read about what it does, do yourself a favor and watch the hypnotizing motion create an organic piece of artwork. 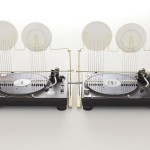