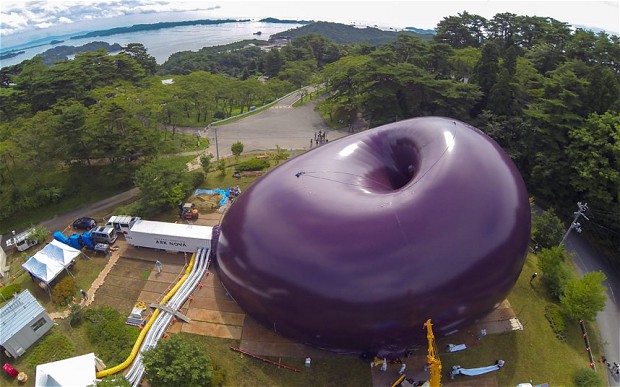 About 1 year ago we reported that renowned Japanese architect Arata Isozaki will team up with British-Indian sculptor Anish Kapoor to create an inflatable concert hall. Dubbed Arc Nova, the mobile venue will tour the earthquake and tsunami-ravaged areas of Tohoku, delivering hope and encouragement in the form of music.

Well it appears that the structure is almost complete. Photos on their facebook page reveal what the interior and exterior of the completed structure looks like. Arc Nova takes about 2 hours to inflate and holds roughly 500 people. The wooden benches were completed during a workshop in August, in which volunteers showed up and used wood from tsunami-damaged cedar trees at Zuiganji Temple in Matsushima. 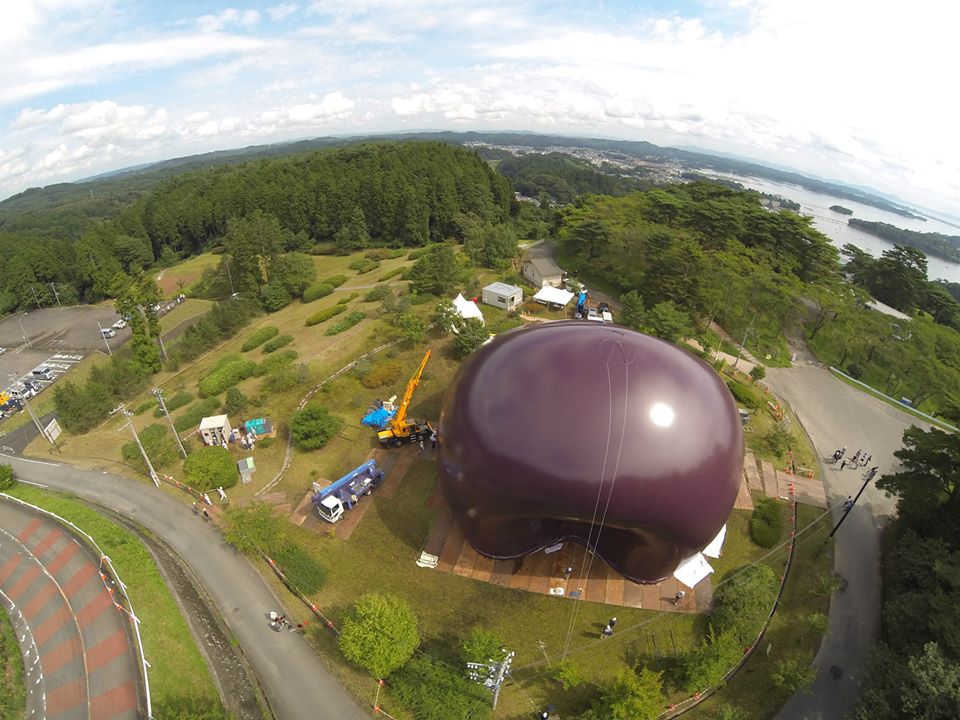 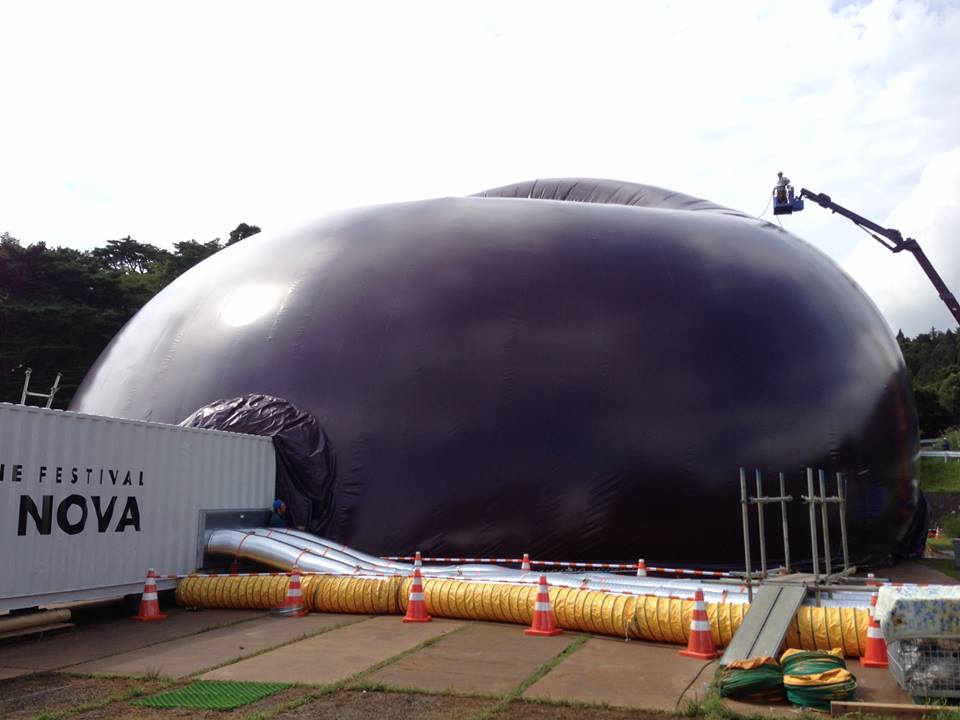 In speaking to the Telegraph, Anish Kapoor said: “Ark Nova is the first mobile inflatable concert hall. We felt that the site in Matsushima, amidst the destruction of the tsunami, needed a temporary structure and an inflatable seemed to be appropriate.”

The concert hall was established in collaboration with organizers of the Swiss Lucerne Festival. “The images of 11 March, 2011 have left their mark on all of us,” said the organizers. “With the Lucerne Festival Ark Nova Project we hope to give the people who are living with this situation something more than everyday pleasure. Combining different arts and cultures, this project is a fascinating symbiosis of architecture, design, folkloristic and classical music as well as music education.”

The first performance is scheduled for October 12th. The complete line-up can be found on their website. 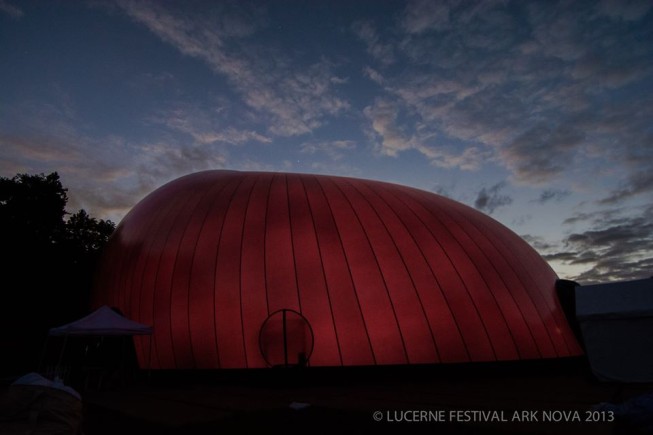 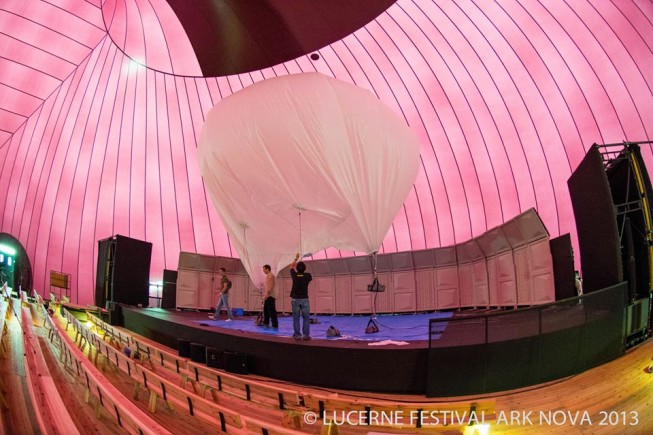 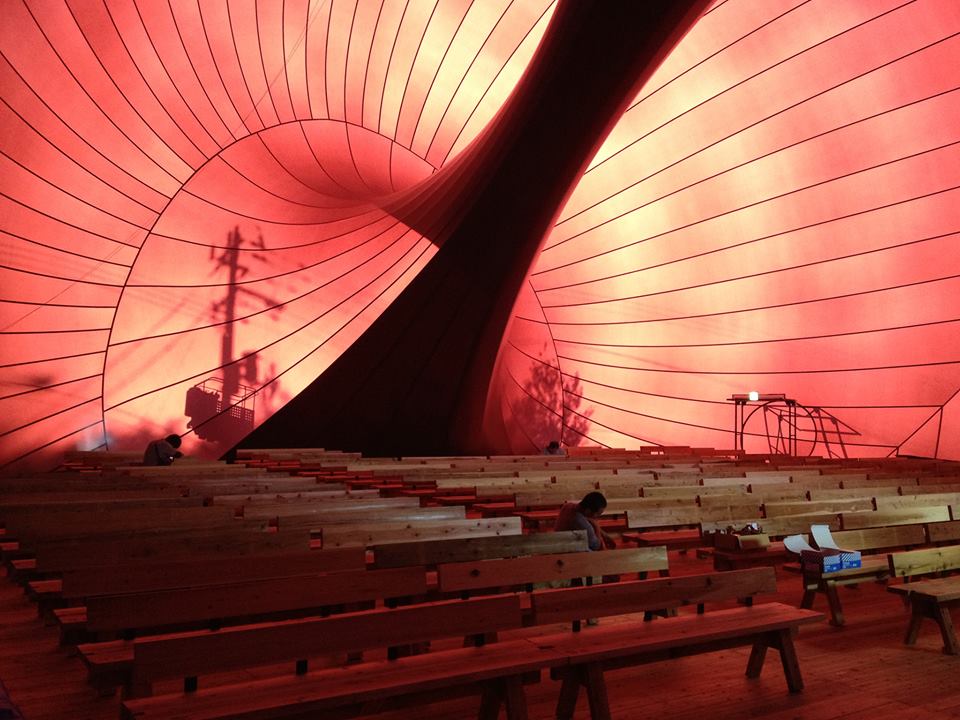 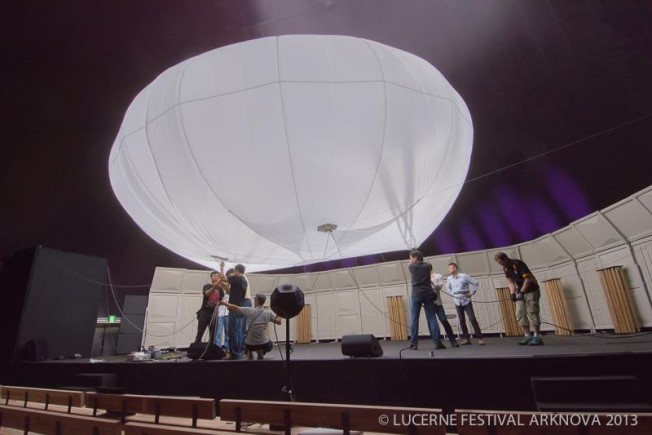 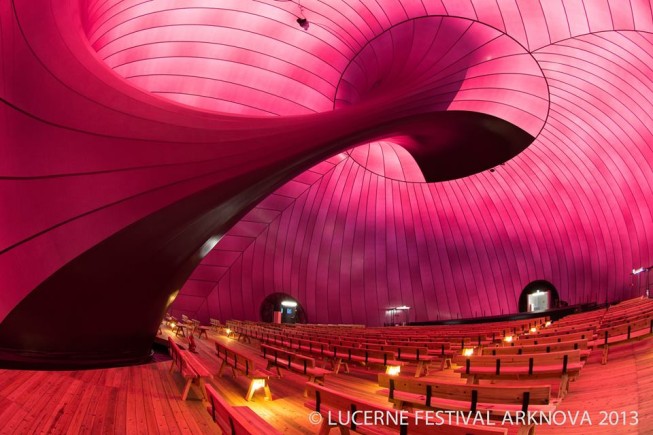 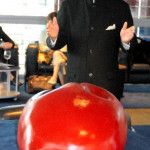 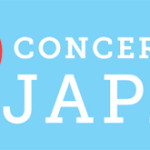 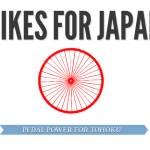 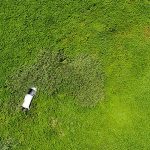