October 21, 2013 / Johnny / Comments Off on A renovated backyard in a sea of homogenous Japanese homes 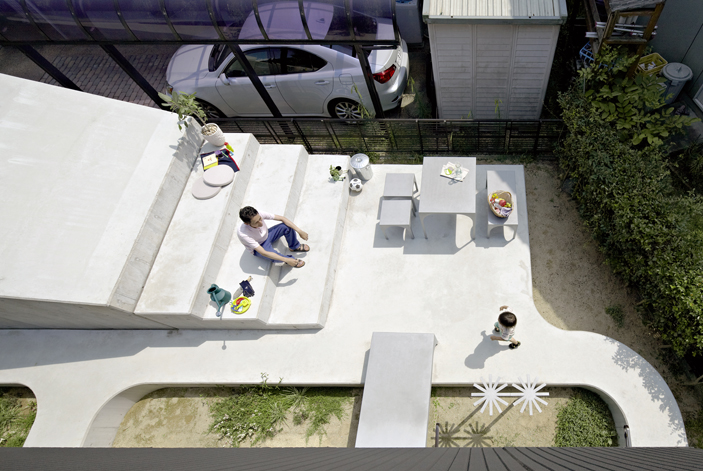 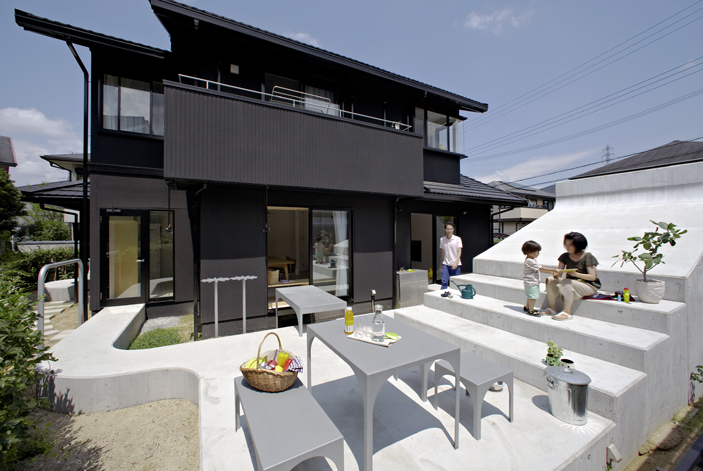 It’s not an uncommon story in Japanese suburbia: a large plot of land gets bought up by a developer, who slices and dices into 20, sometimes 50 cookie cutter homes that look almost identical. So was the case of a family in Ikoma City, right on the border of Nara Prefecture. When they moved into their new home they found themselves with a large backyard, the majority of which was intended for parking.

So with the help of architect Takanori Kagawa of SPACESPACE, the family renovated their backyard and created a fully-defined, multi-functional space out of just concrete. The concrete begins by connecting the living room and kitchen to a large outdoor space – an extension, almost, of the living area. The concrete then rises up, creating seating and a milk-carton like shape whose inside serves as a cover for bicycles and the family car. 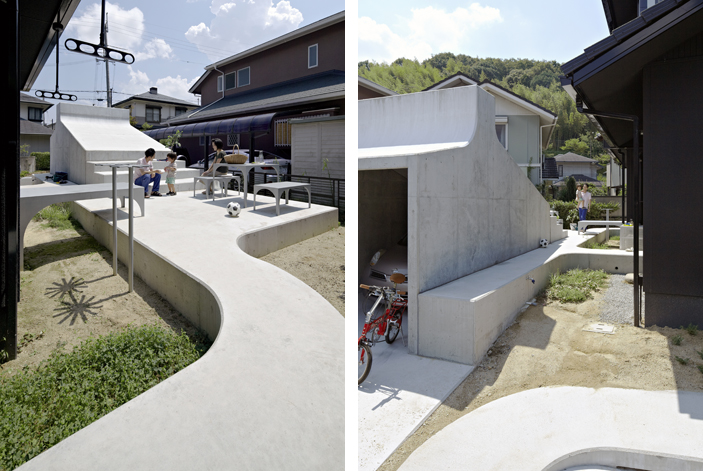 And if that wasn’t cool enough, the architects also went to work on the living room on the 1st floor, transforming the structural beams in the large space into shelving and hangars. 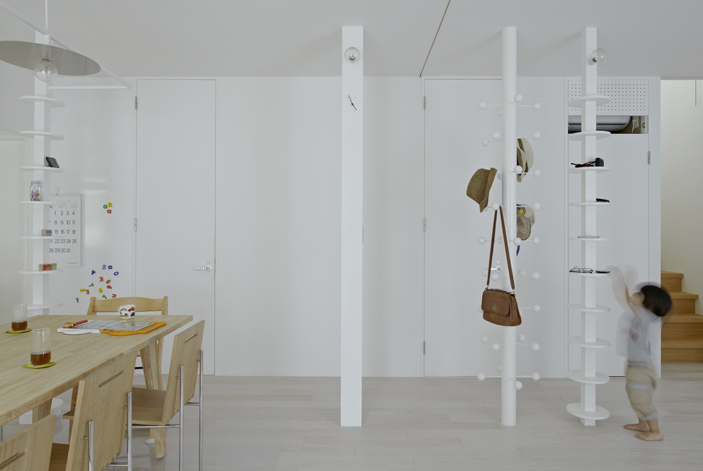 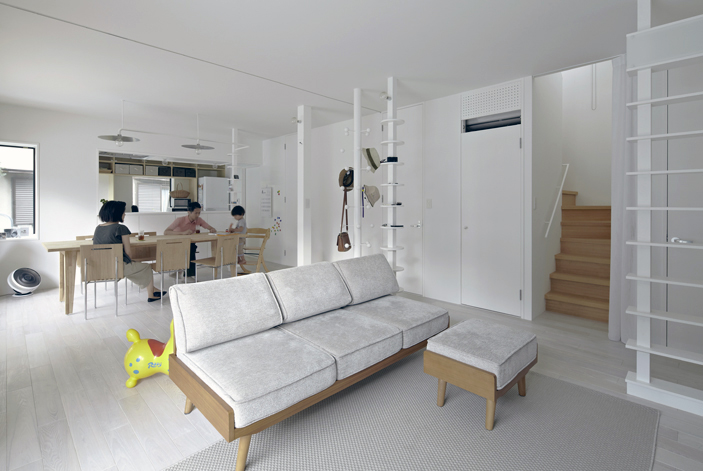