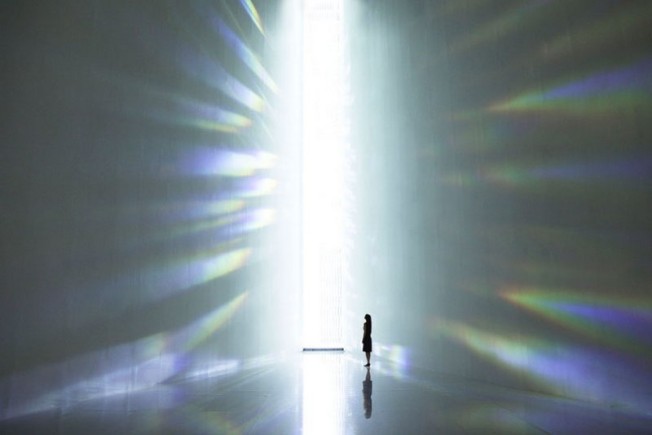 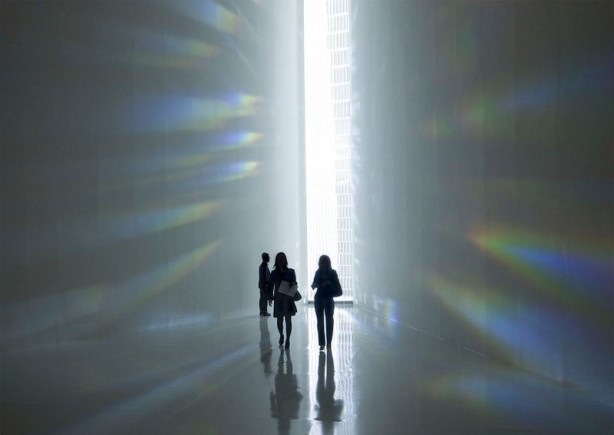 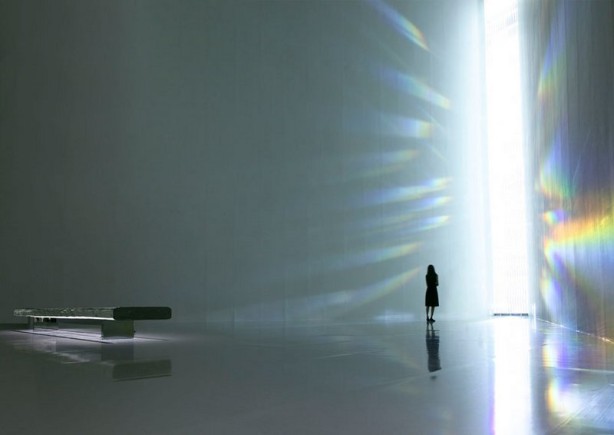 Tokujin Yoshioka (previously) may very well turn out to be the Steve Jobs of Japanese design. In almost every public appearance he is seen in a black t-shirt and dark jeans. But the similarities extend beyond uniform. Everything he touches – paper, plastic, wood, glass – turns to gold. The industrial designer has a knack for turning unexpected materials into something minimally exquisite. “Maybe I just find hidden beauty in things which others have not noticed before me,” he once said. But true fans of Yoshioka’s should stop reading right now. “Once it is worded, I fear that the image disappears,” he also added.

In recent years the industrial designer has been experimenting with glass and crystal, combining small particles into something grand. At times his forms are carefully guided and constructed, such as the Rainbow Church, one of the centerpieces of his current retrospective going on at the Museum of Contemporary Art Tokyo (MOT). The spiritual piece is a 26-ft high glass window made of 500 crystal prisms. Yoshioka once explained that the piece was inspired by a trip to the Chapelle du Rosaire in France where Henri Matisse spent a great deal of his last remaining time on the stained glass windows. 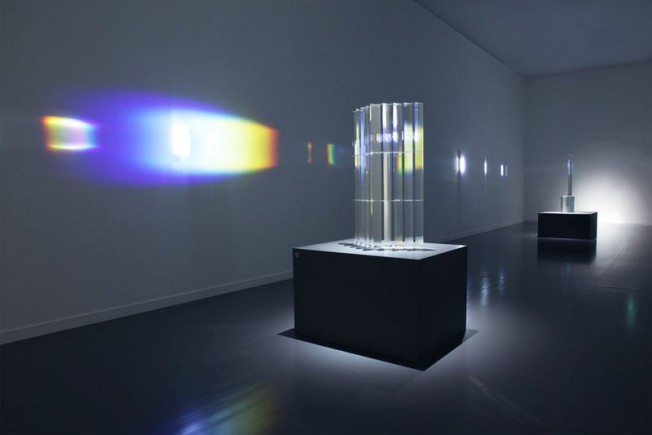 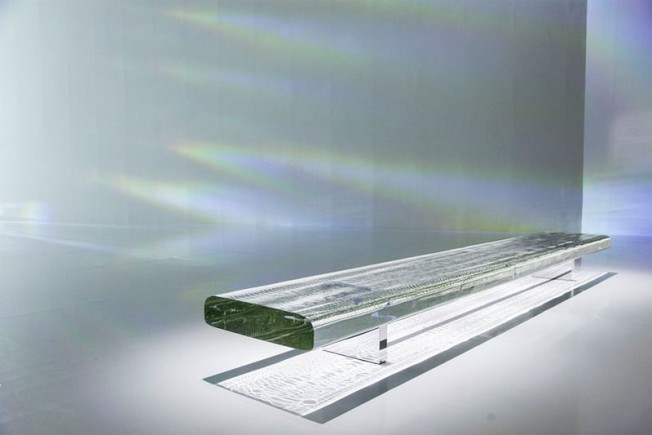 But almost as if to counteract his own architectural forms, the designer, at times, likes to cede control to nature. Also on display is “Spider’s Thread Chair” constructed from seven fine threads. And while the structure of the chair is truly just thread, crystals have grown wild along the lines, allowing nature to give form to the poetic chair. In fact, the piece of furniture is inspired by the 1918 short story, “The Spider’s Thread,” by Ryunosuke Akutagawa. 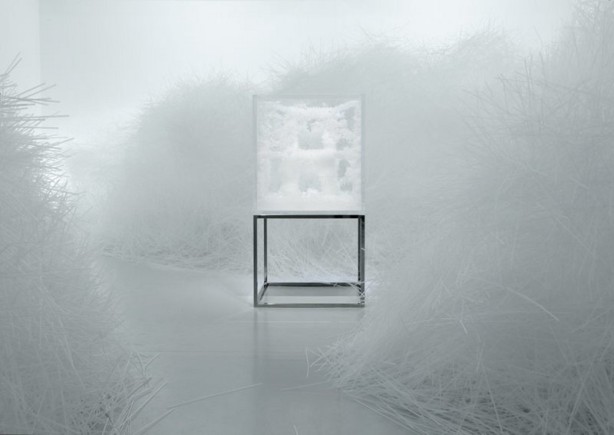 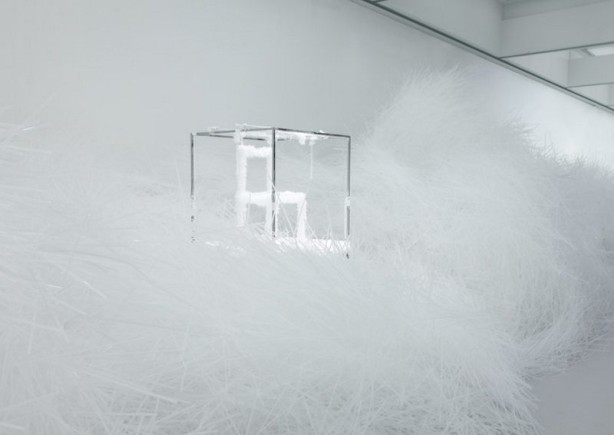 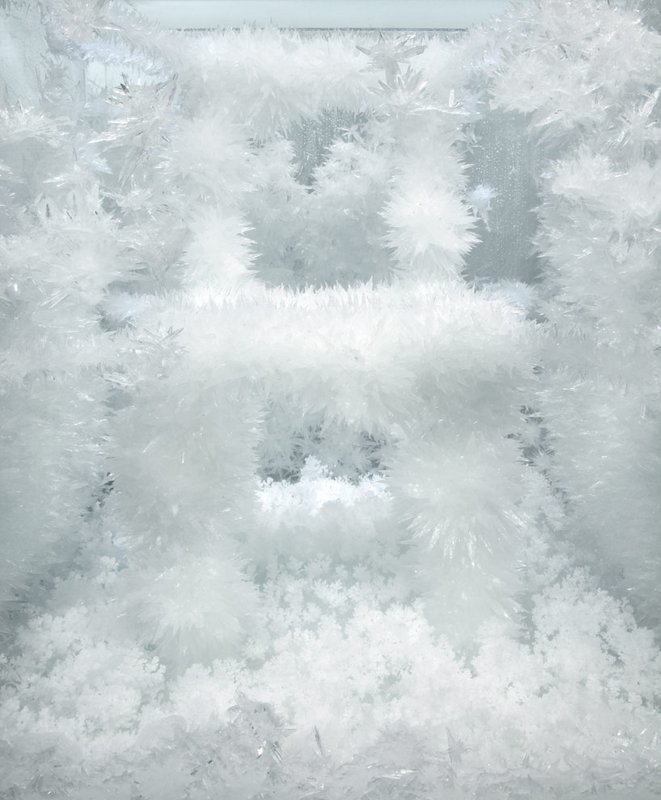 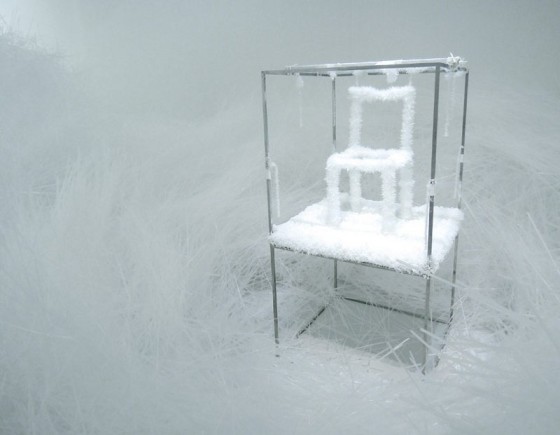 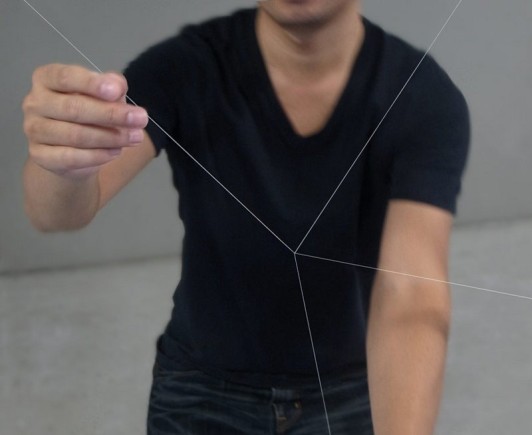 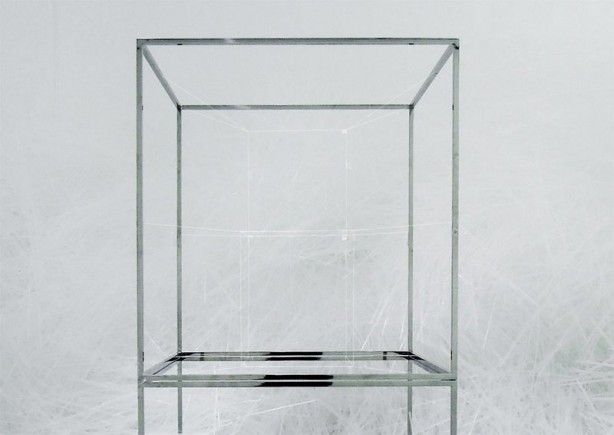 Also on display is “Swan Lake,” a crystallized painting created by the vibration of music, “Rose,” a crystallized flower sculpture, and tornado, an immersive installation made from millions of plastic straws. That’s right – those things you get for free at McDonalds. 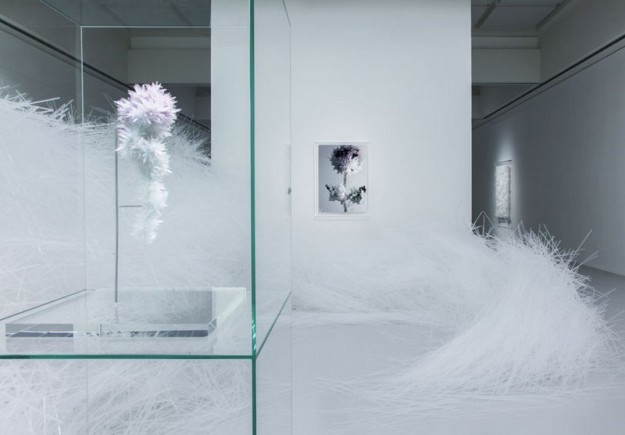 installation view of “Rose” and “Tornado” 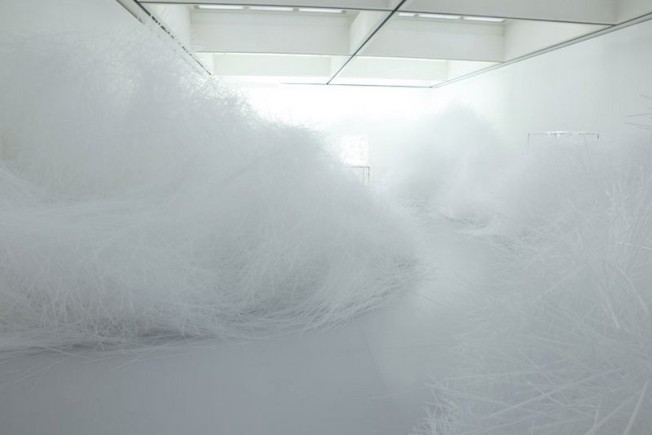 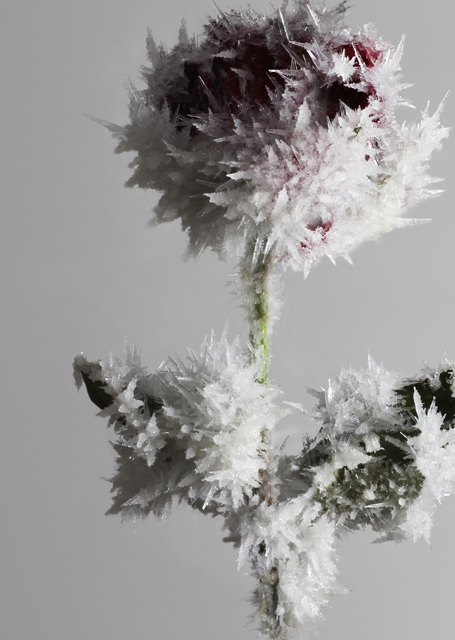 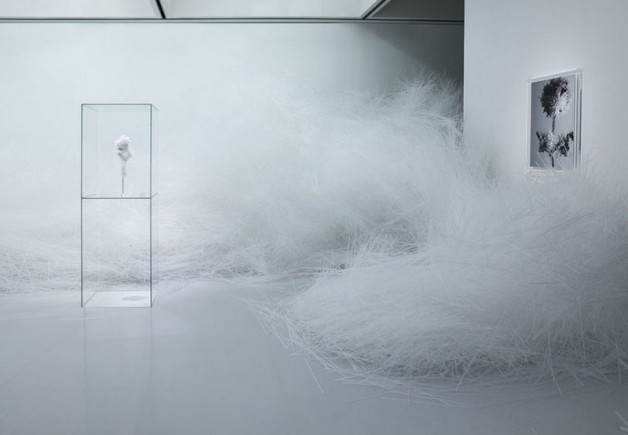 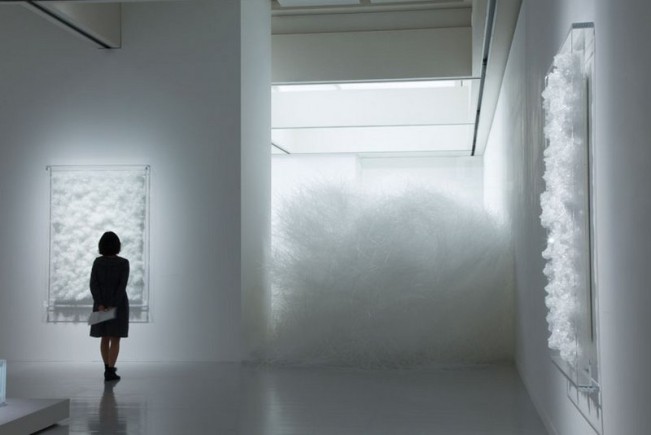 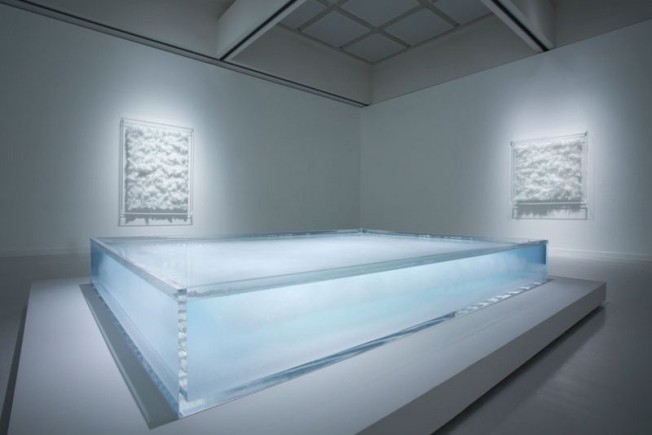 “Swan Lake” is a painting made from 6-months of tonal vibrations of Tchaikovsky’s ballet of the same title. 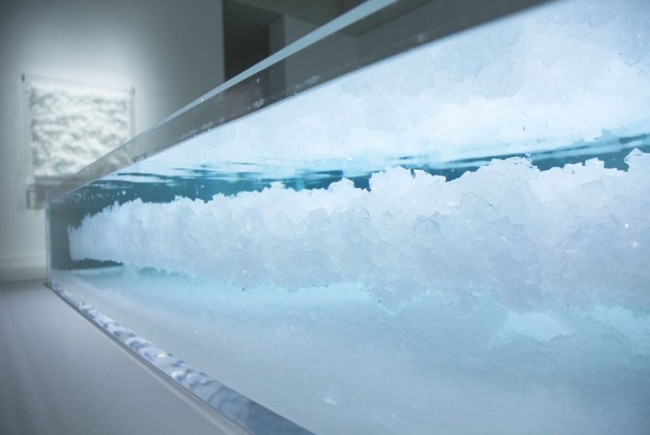 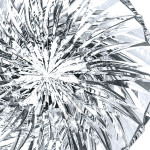 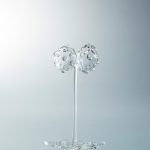 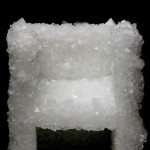 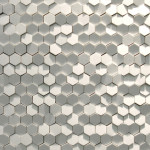