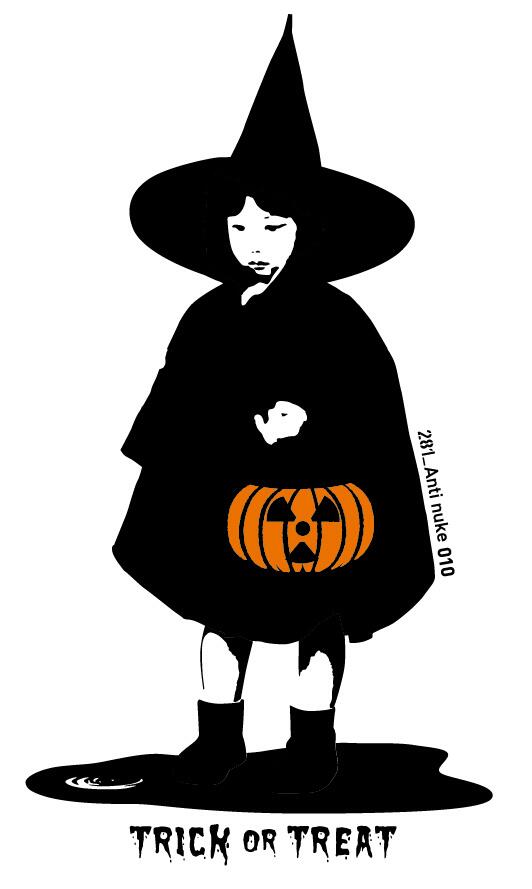 Tagged as the “Japanese Banksy,” 281_Anti Nuke is 40-something contemporary artist who began making nuclear protest and anti-TEPCO stickers in the wake of the March 11th disaster. His imagery usually features children, the trefoil symbol for radiation, and a simple, direct message, like “I hate rain.”

As Halloween approaches, the active twitter user has been posting a new series of stickers featuring children in costume and other spooky images. “Stickers are better than graffiti,” he says, in an interview in the New Yorker, “because they are faster to apply. You just stick them on and run off. 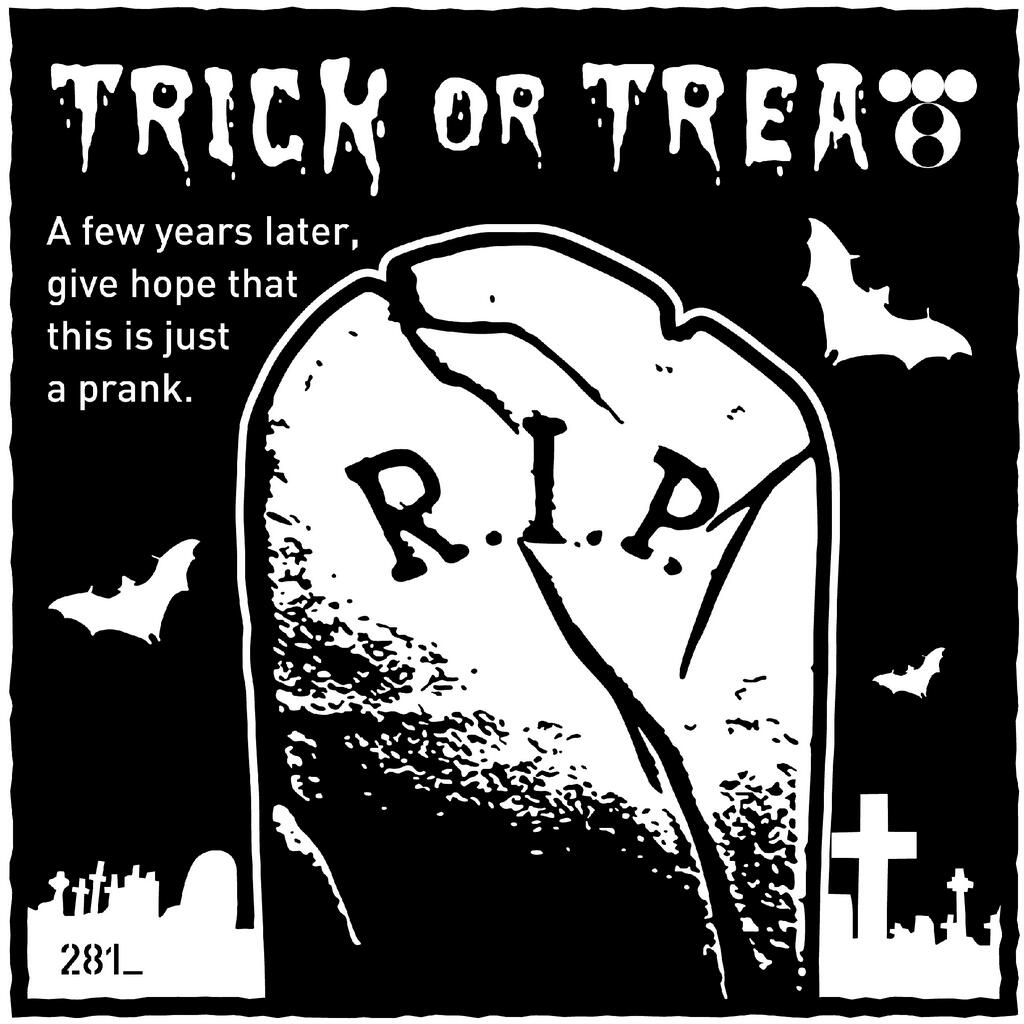 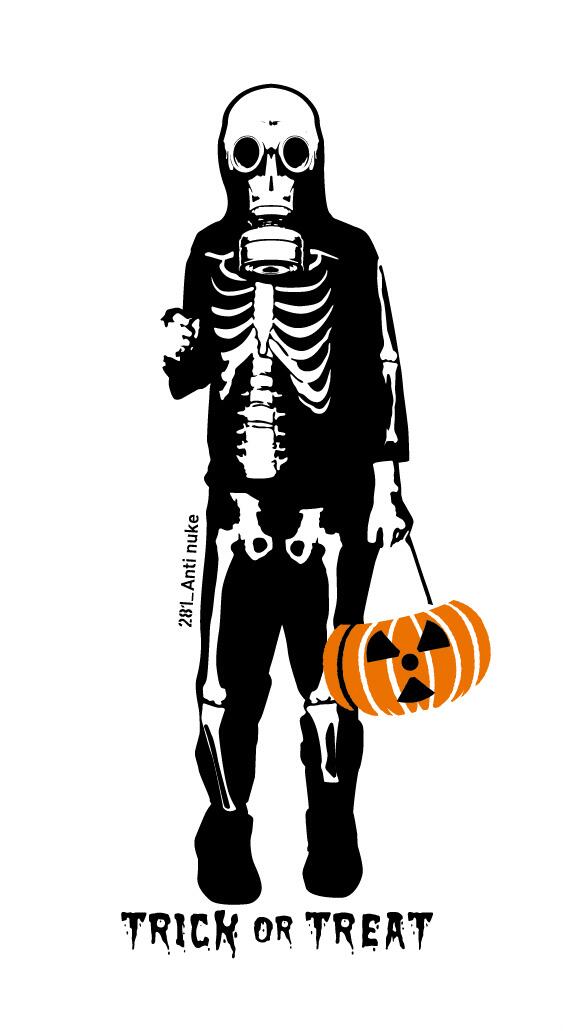 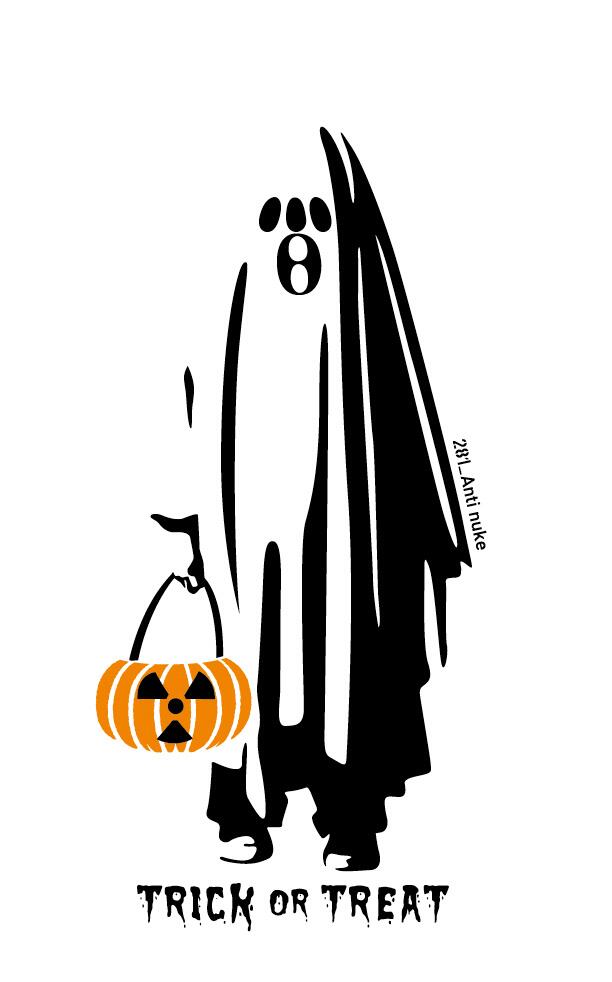 If you want to learn more you can follow 281_Anti Nuke on twitter and watch this teaser for a documentary on the artist by British expat photographer and filmmaker Adrian Storey.