November 13, 2013 / Johnny / Comments Off on Ryuei Nishizawa’s Fukita Pavilion | a shrine made from 2 sheets of metal 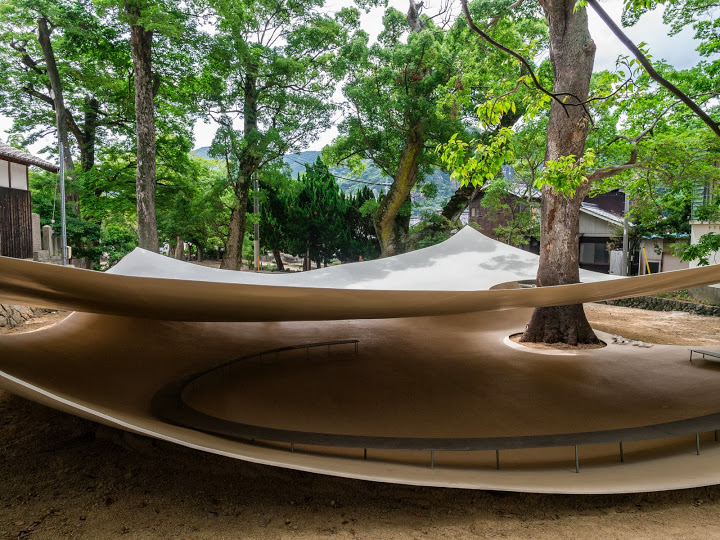 Within the grounds of the sacred Fukita Shrine on Shodoshima Island rests a new structure, seemingly out of place yet at one with nature. This is Fukita Pavillion (PDF), Ryuei Nishizawa’s latest work. The architect and one half of the duo SANAA (previously) completed the structure over the summer as part of the 2013 Setouchi Arts Festival. It consists of 2 large sheets of metal – one forms the base and hosts a crescent shaped bench for seating while also holding up the second sheet, which appears to droop over it. 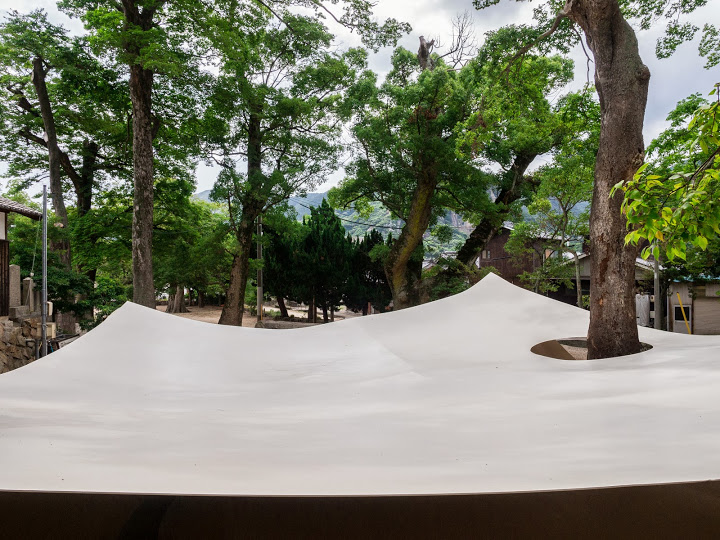 A large tree rises through the two sheets, which calmly and steadily form round openings. In the summer a cool breeze passes through the pavilion. Children play on the slopes it creates while adults rest on the bench and contemplate its coexistence with nature.

The Fukita Shrine creates an interesting contrast between the Teshima Museum on a neighboring island and also designed by Nishizawa. 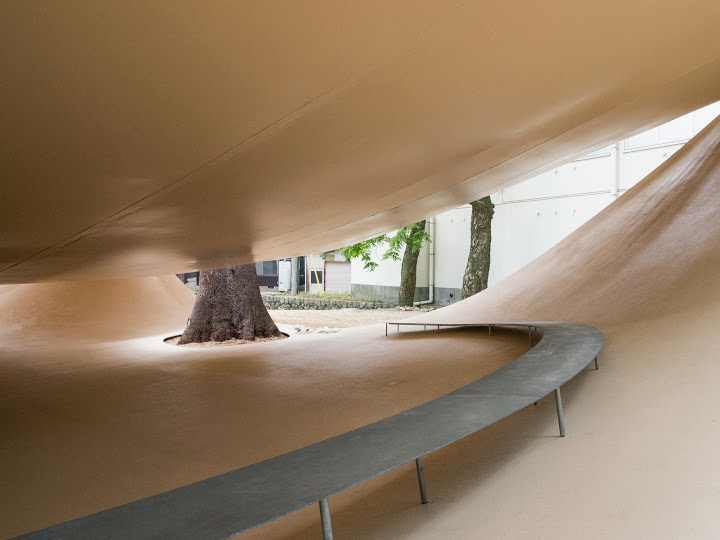 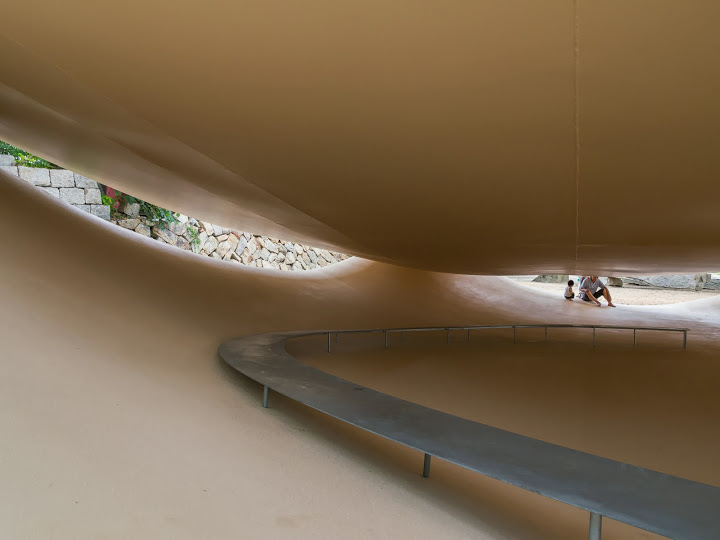 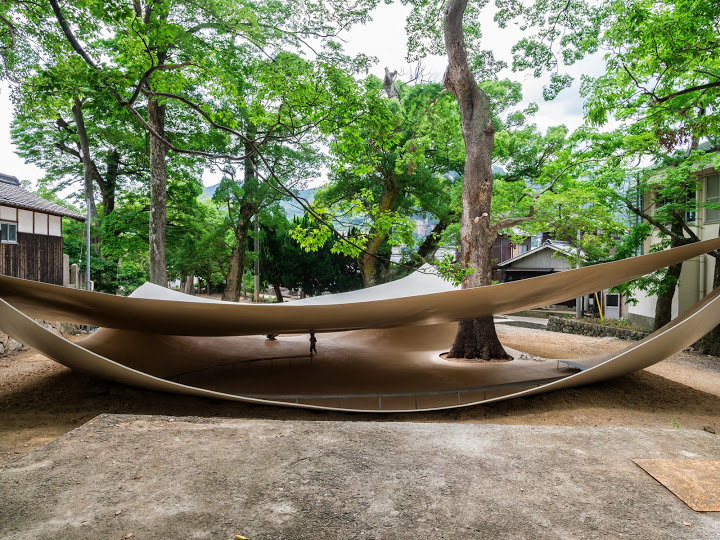 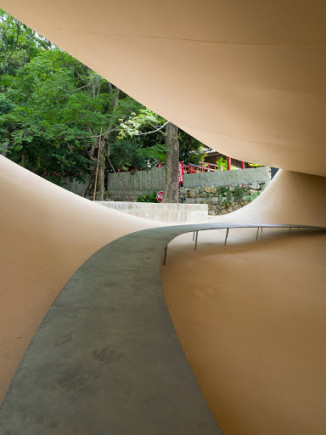 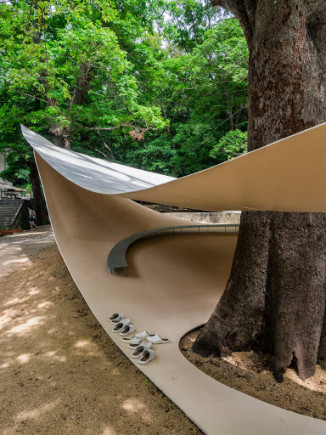 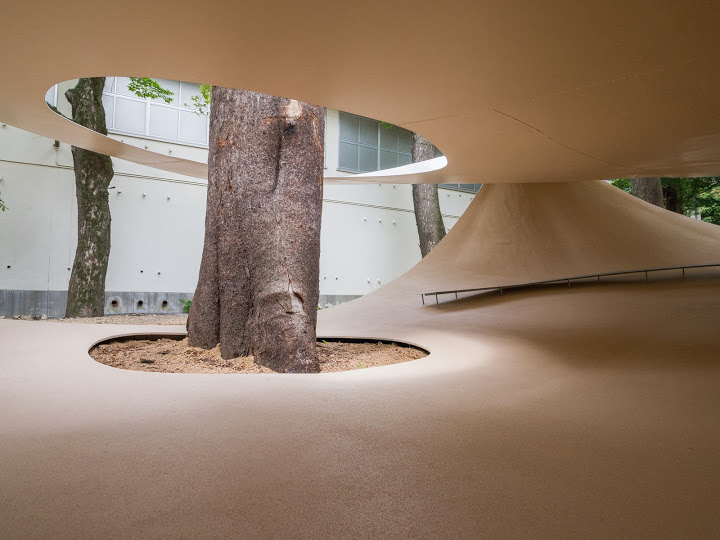 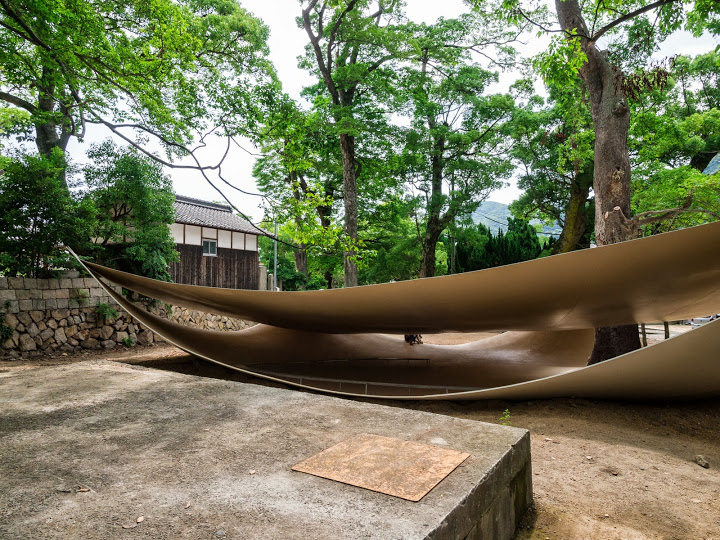 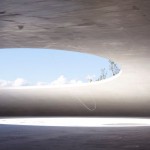