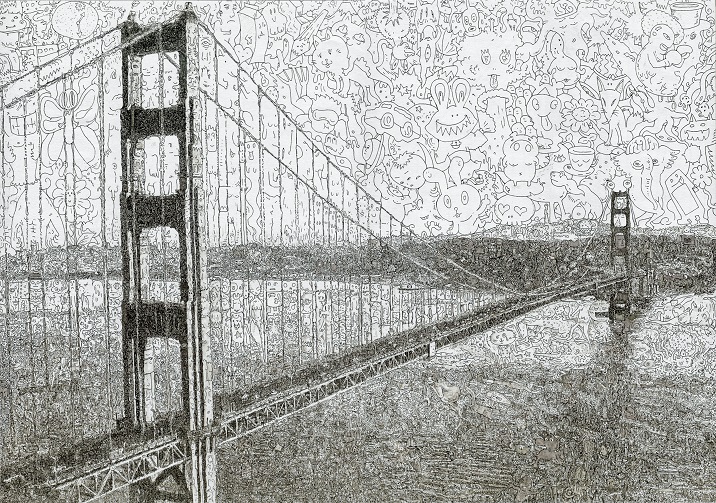 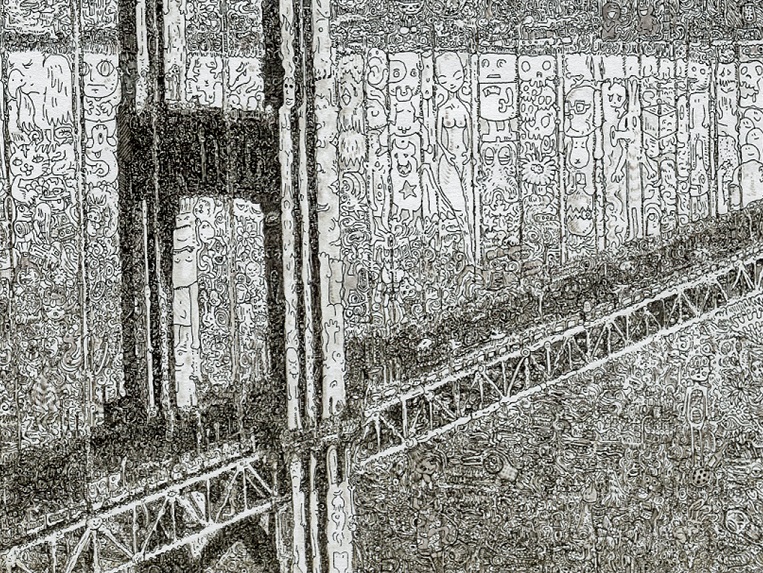 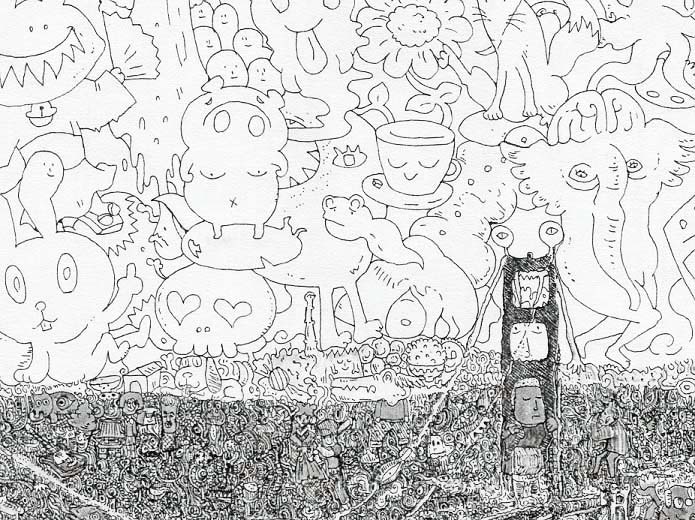 Manic doodler Keita Sagaki updated his portfolio with recent works and he appears to be shifting his focus to the USA. From afar, the 29-year old Tokyo-based artist creates work that appears to be fairly accurate sketches – nothing more, nothing less. But upon closer observation one realizes that each piece is actually composed of hundreds of cartoonish doodles that encompass entire canvasses. 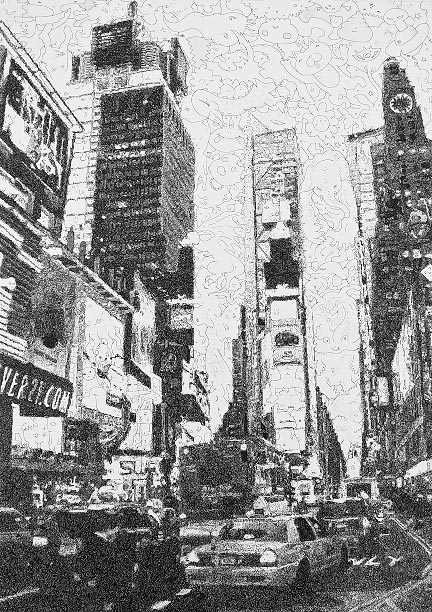 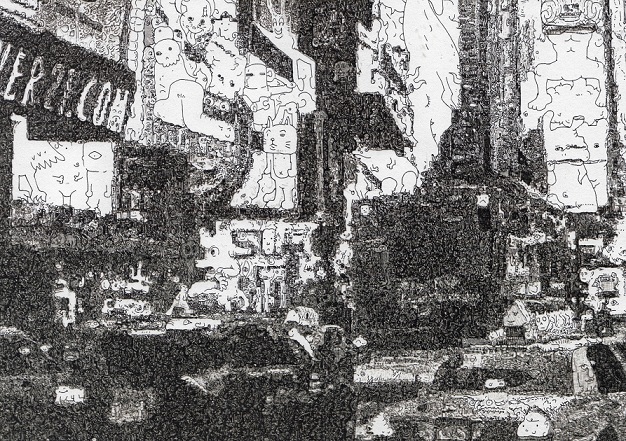 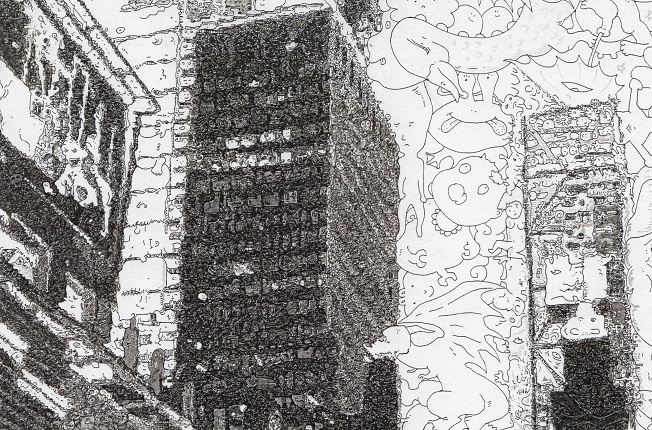 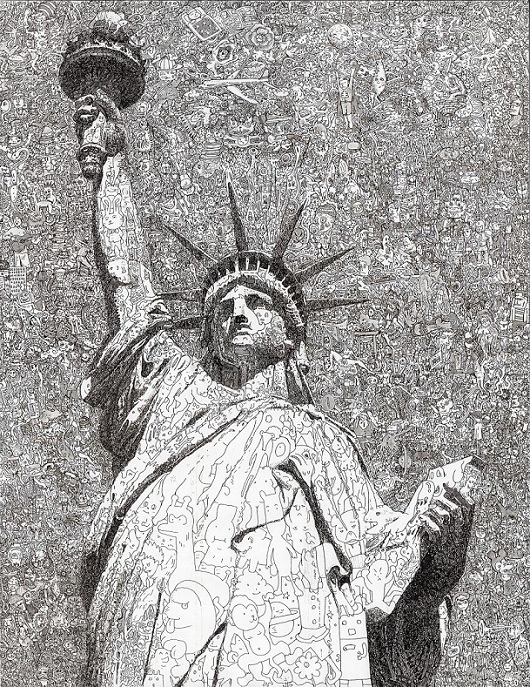 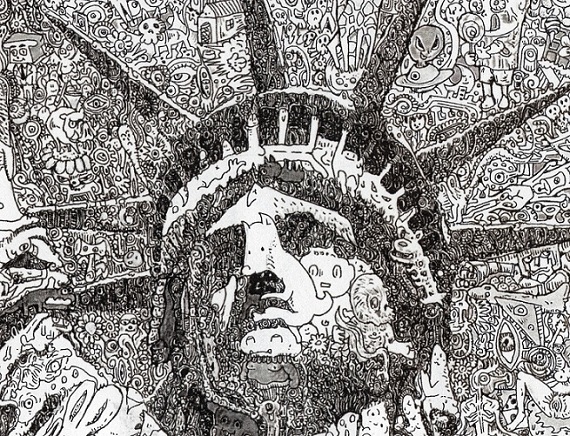 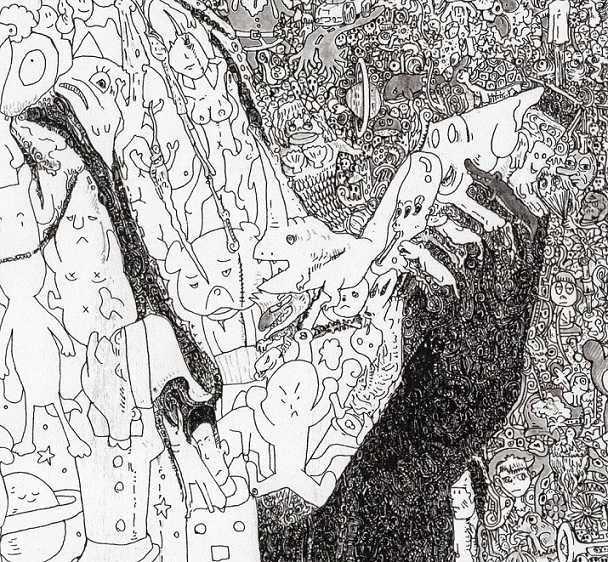