Illumination. It’s an odd word to hear in a sentence, made only odder as a seeming tourist destination. But In Japan, especially around this time of year, it’s a term that casts a twinkle in the eye of every romantic, spectacle-loving soul around. Illumination refers to the act of using numerous holiday bulbs to light up streets, gardens or other public spaces. It’s a special event in Japan and is always heavily attended. If you’re looking to participate, here are some of this year’s not-to-miss illumination spectacles.

Japan’s very first illumination occurred in Sapporo in 1981. A modest 1048 bulbs lit up Oodori Park in 1981. But the northern city has come a long way since then. This year’s “white illumination,” taking place in the same spot it did 32 years ago, features 420,000 that culminate in “crystal river” of lights. The entire show runs on self-generated biodiesel energy. 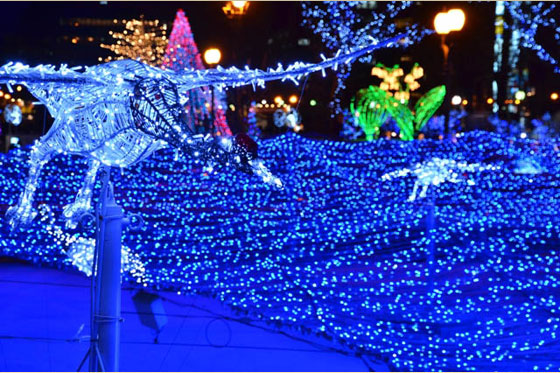 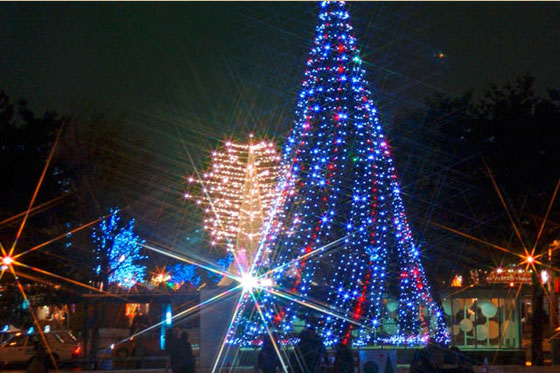 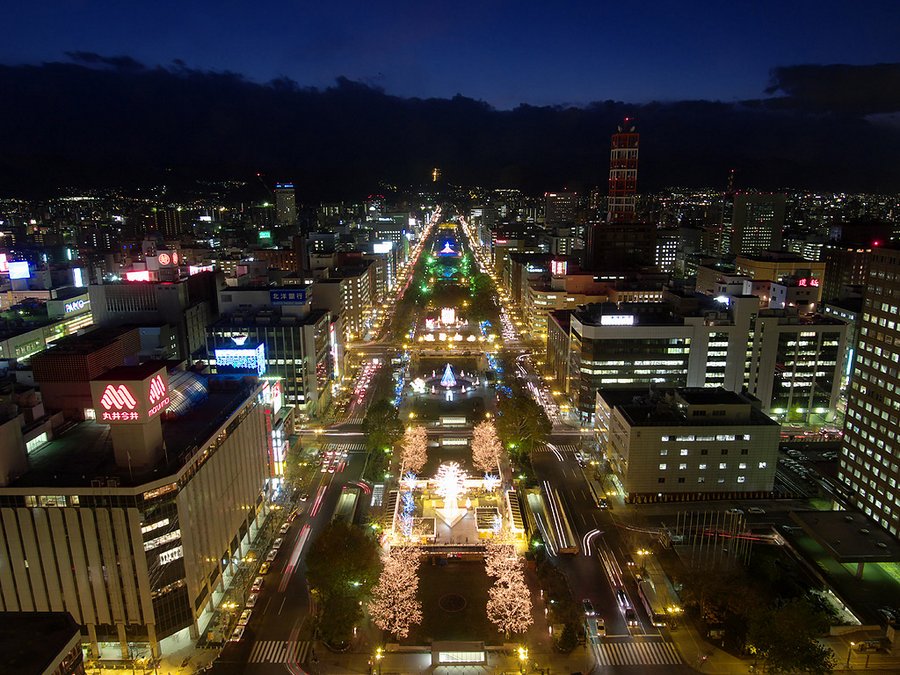 Thought flowers were only for the spring and summer? Think again. During the winter Tochigi’s Ashikaga Flower Park recreates many of their famous floral attractions using LED lights – 2.1 million LED lights to be exact. And yes, it includes their famous wisteria tree. 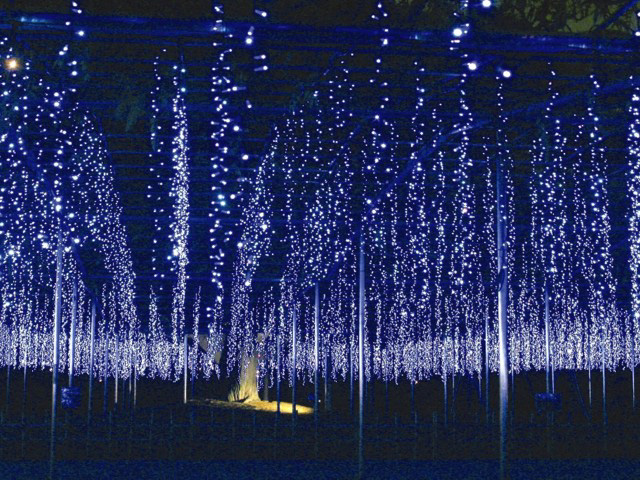 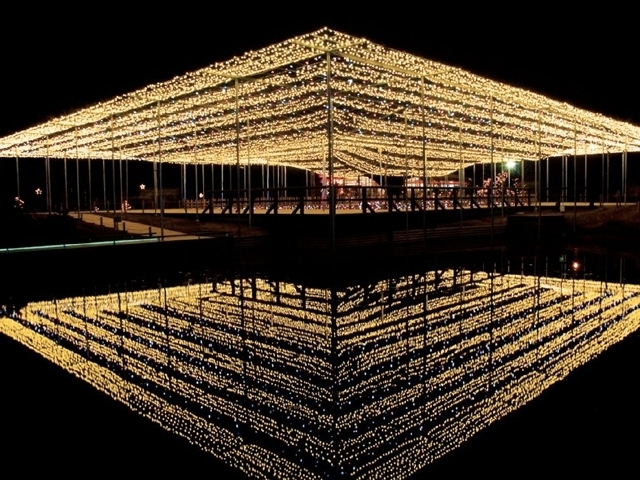 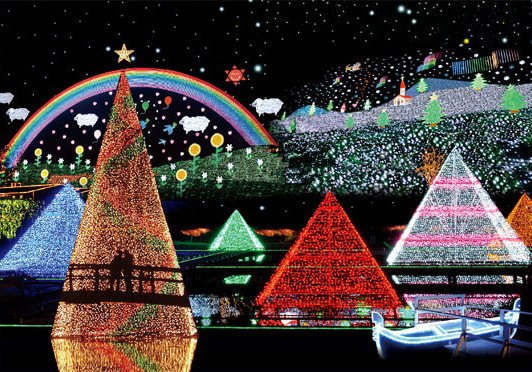 If you’re in Tokyo, head to Tokyo Midtown. Each year the shopping/business complex puts on an impressive show and this year is now different. Their 2000 sq meter public yard is being converted into a “starlight garden” of 280,000 LED lights. They’re even boasting the world’s first attempt at installing “cross-over illumination,” which is supposedly some sort of cutting edge technology to create illuminated arches. 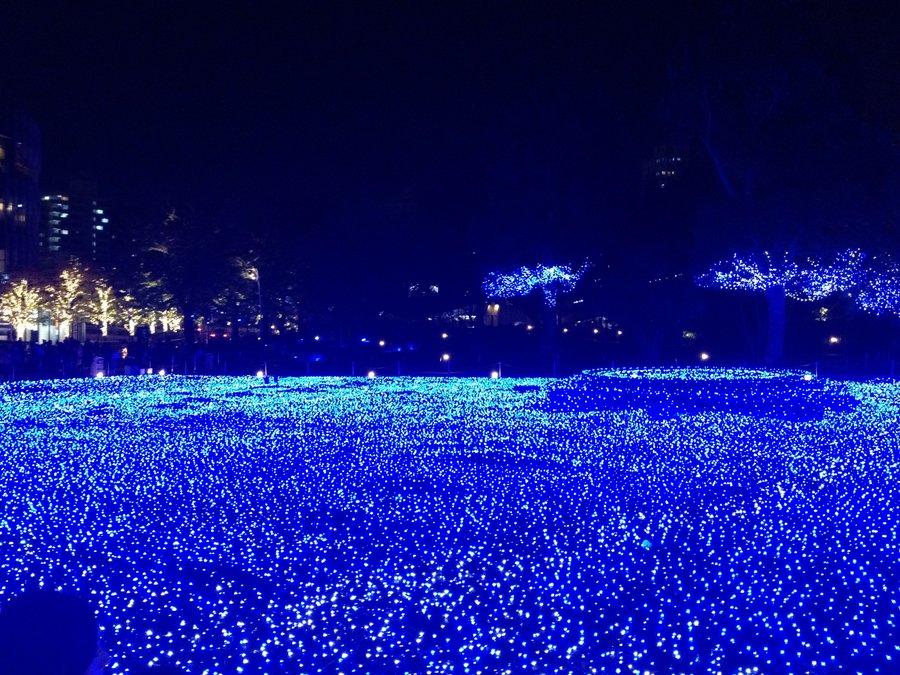 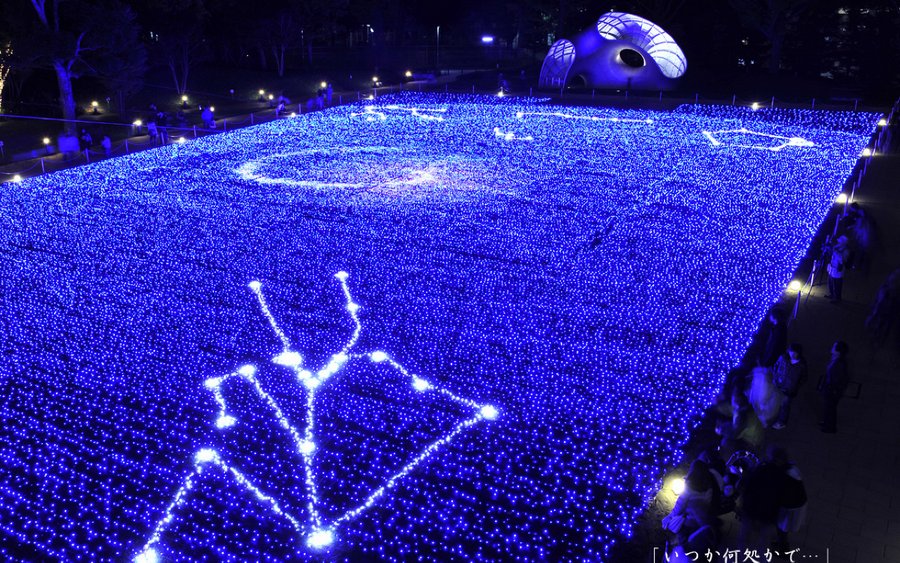 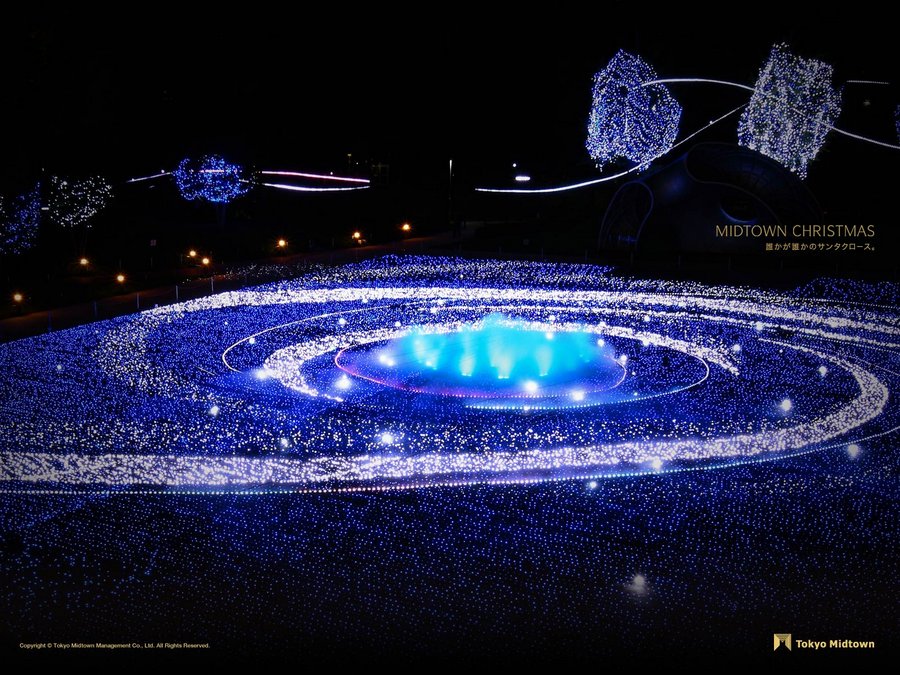 And while you’re at Tokyo Midtown, why not hop over to KITTE, the city’s newest shopping complex right outside Tokyo Station? There you’ll find an architect-designed Christmas tree accompanied by a special ceiling installation that creates the illusion of snow indoors. It was designed by Makoto Tanijiri. 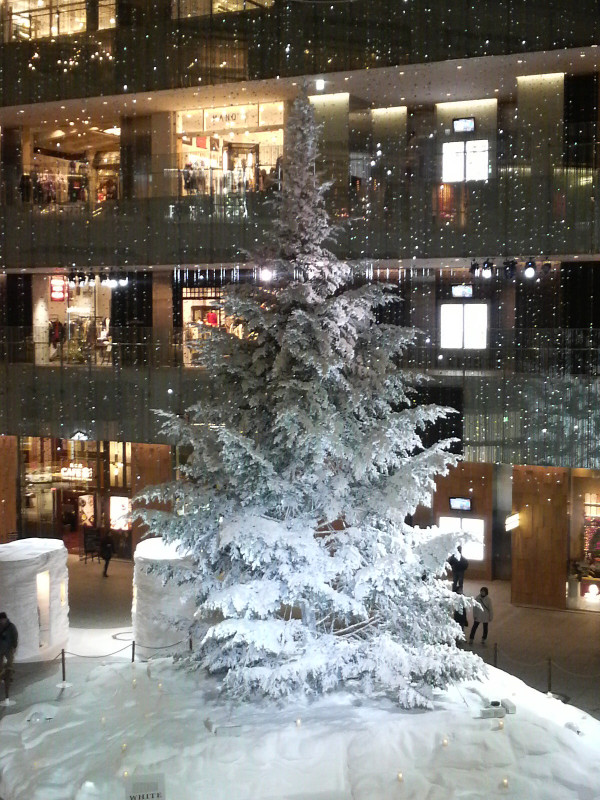 If you’re interested in sheer numbers, head down to Kanagawa for the Sagamiko Illumillio. Coming in at 4 million bulbs (what does that even look like when in storage?) the amusement park is also the Kanto region’s largest light show. And if that’s not enough of a reason to go, the amusement park rides stay open late during the holidays. 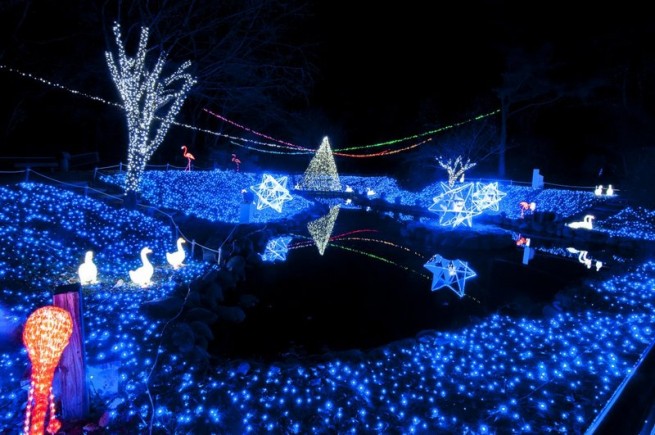 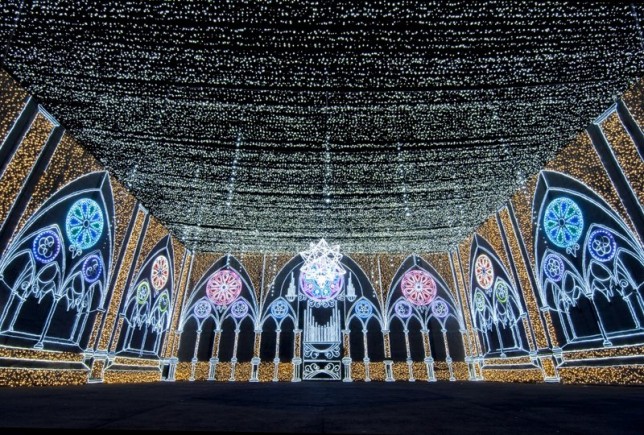 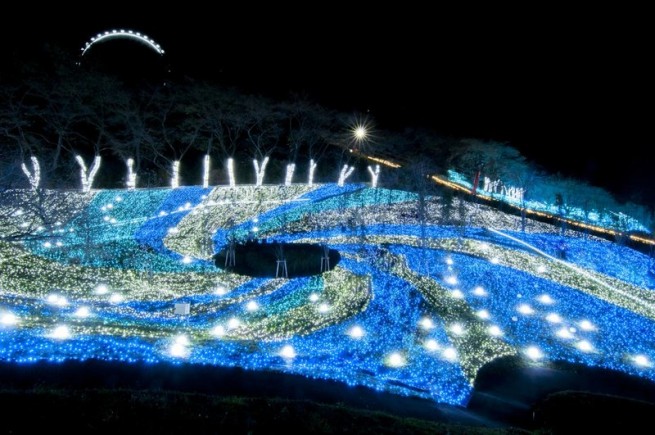 But for the absolute largest display of lights in all of Japan you’re going to have to head farther down south to Mie prefecture. The Nabana no Sato Winter Illumination boasts 7 million LED bulbs that are sure to satisfy your luminous desires. The main attraction is, of course, the light tunnel – a long archway decked out in yellow lights that will make you feel like you’re walking under the milky way. But there are also many other sights that rival the tunnel like the twin trees and a light bulb representation of Mt. Fuji. 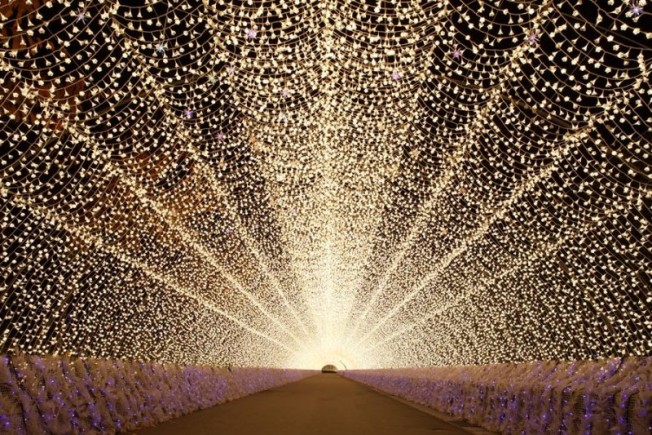 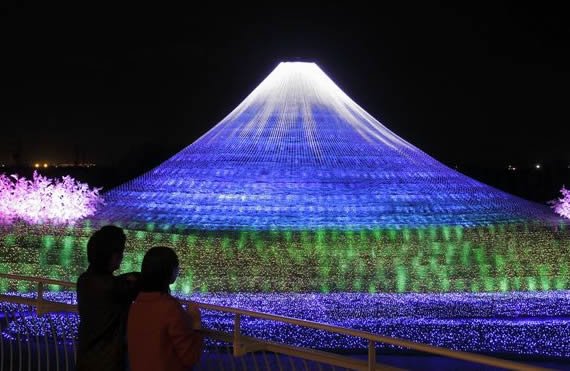 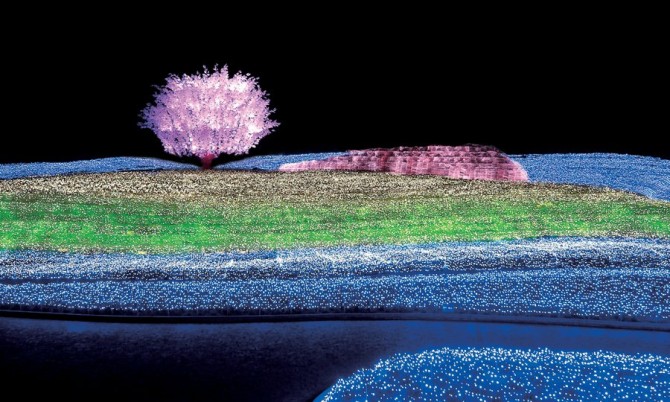 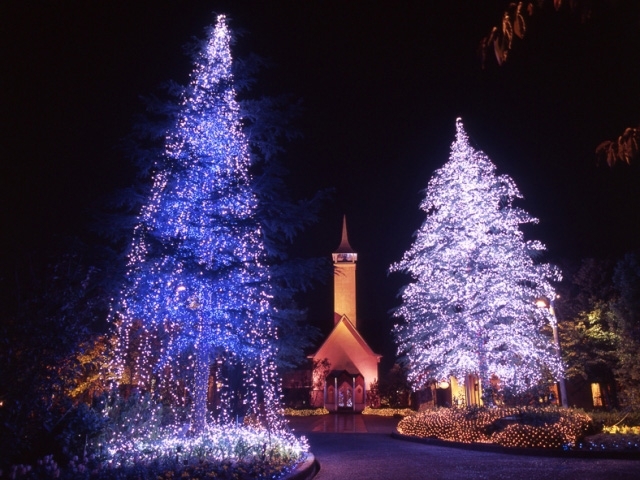 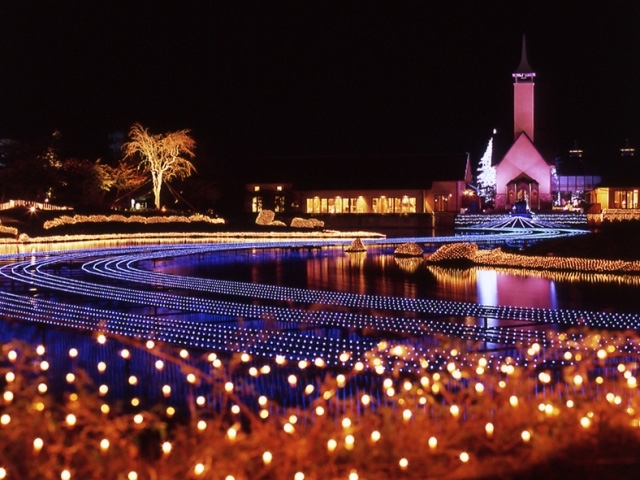 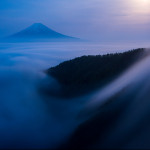 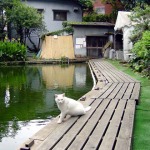