A Wall of 300 Chairs and Clothes by Fumiko Kobayashi 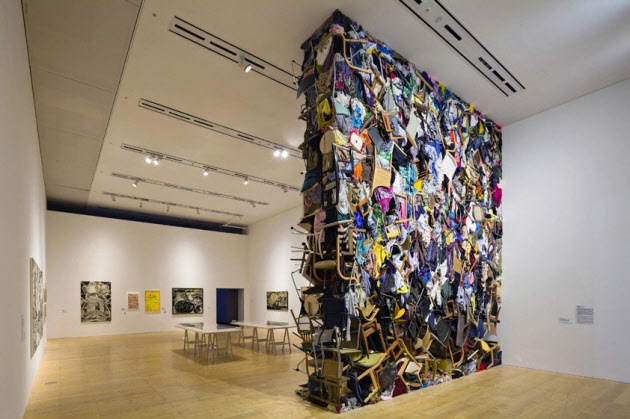 One of the more memorable works from Roppongi Crossing is “1000 Legs, Cultivating Fruits,” a massive floor to ceiling makeshift wall that is boldly placed within the Mori Art Museum. The arresting structure, which is reminiscent of post-tsunami wreckage, is the work of 37-year old arts Fumiko Kobayashi. One side of the wall is composed of used clothes, creating a relatively flat surface while the opposite side is all chairs – almost 300 chairs. “There is evidence that the chairs have been sat on and there is evidence that the clothes have been worn. In other words, it’s a layering of human existence,”* explained Mami Kataoka, chief curator at the Mori Art Museum.

The clothes and chairs for the piece were all collected from the neighborhoods surrounding the museum and the artist’s home. When stacked together, it transforms into a force to be reckoned with.

Roppongi Crossing is on display till January 13, 2014 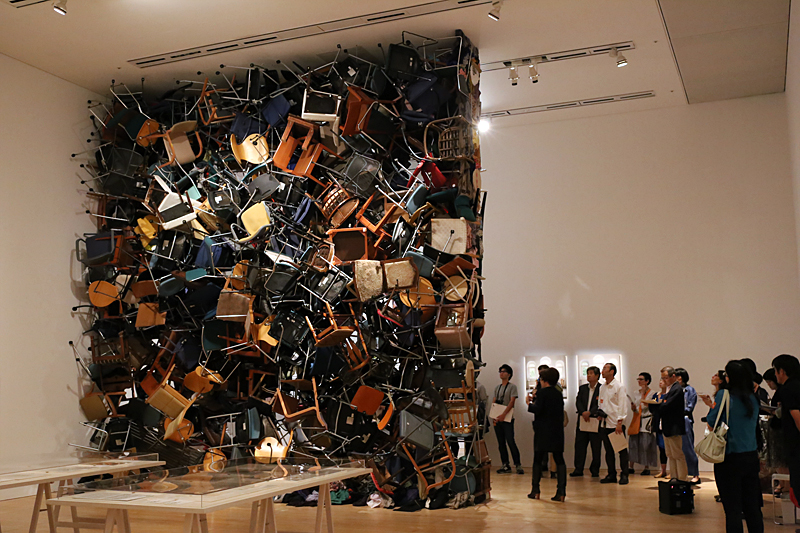 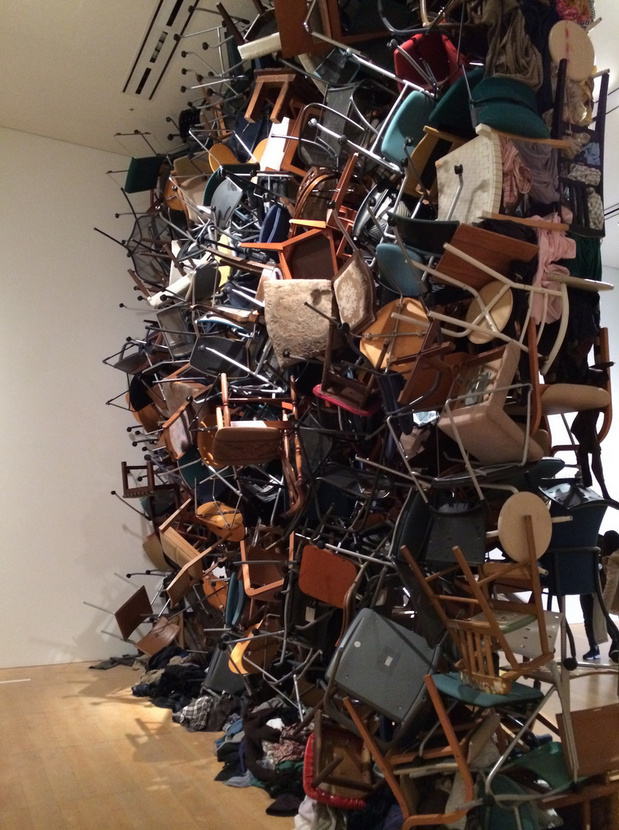 Roppongi Crossing 2013 | the current state of the Japanese art scene