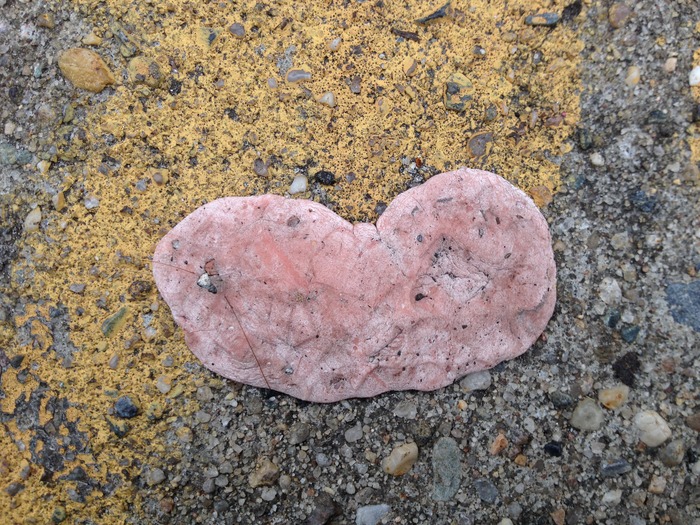 The streets of New York are littered with discarded gum. And never is this detritus of society more invigorating than when stepped in. But if viewed through a different lens – specifically, that of Brooklyn-based artist Hiromi Niizeki’s cell phone camera – those repulsive wads of rubber become works of art. “This project developed over the past several years as I discovered the many inadvertent patterns along every street and sidewalk marked with speckled formations of discarded gum,” says Niizeki, describing the impetus for her project. “However, it is the naturally occurring HEART shapes, which have formed by mere coincidence, that fascinate me most and have become the focal point for this project.”

Niizeki has recently launched a kickstarter funding campaign, seeking a little more than $2K to create an installation of heart-shaped chewed gum at the non-profit Maple Grove Cemetery in Queens. If successfully funded, the installation will run during March 11, the 3rd anniversary of the massive earthquake and tsunami. 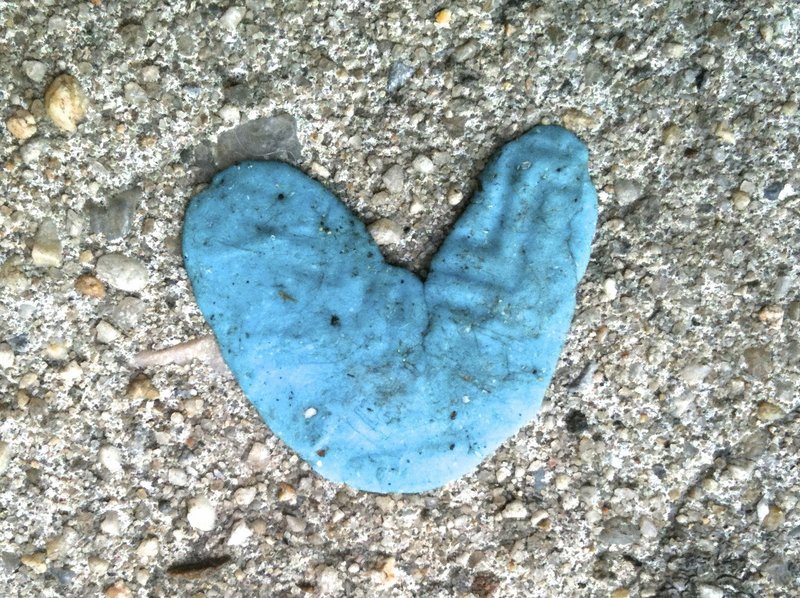 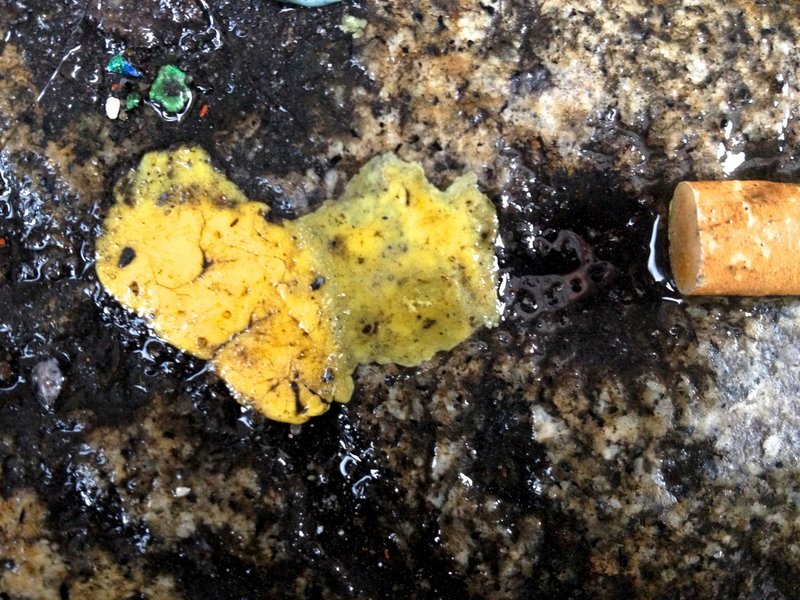 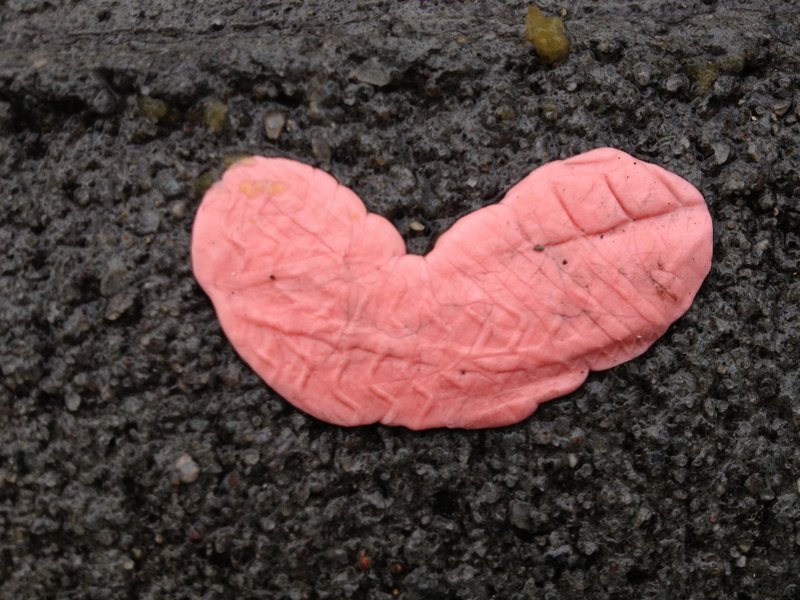 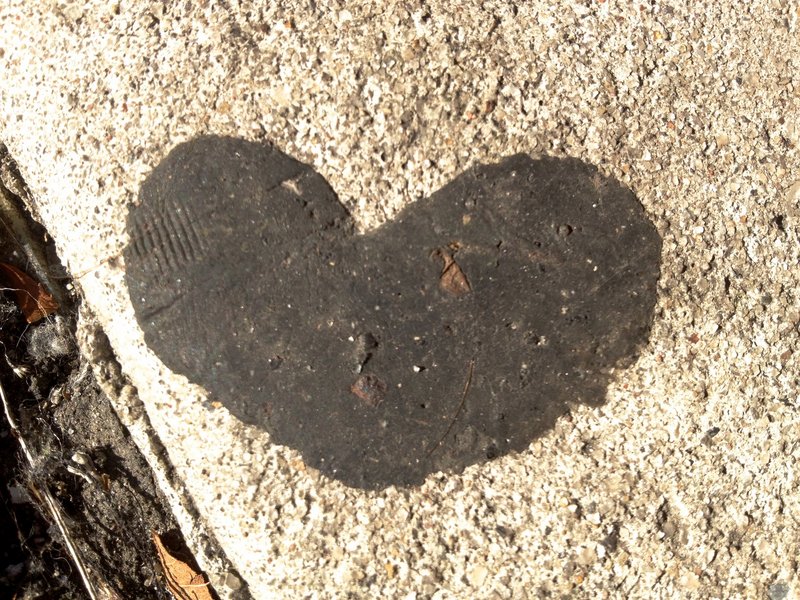 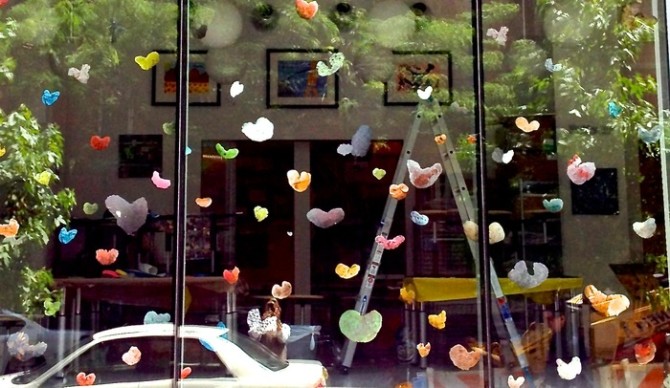 Niizeki has previously turned her collection of heart-shaped chewed gum into, amongst other things, window decals and shopping bags. 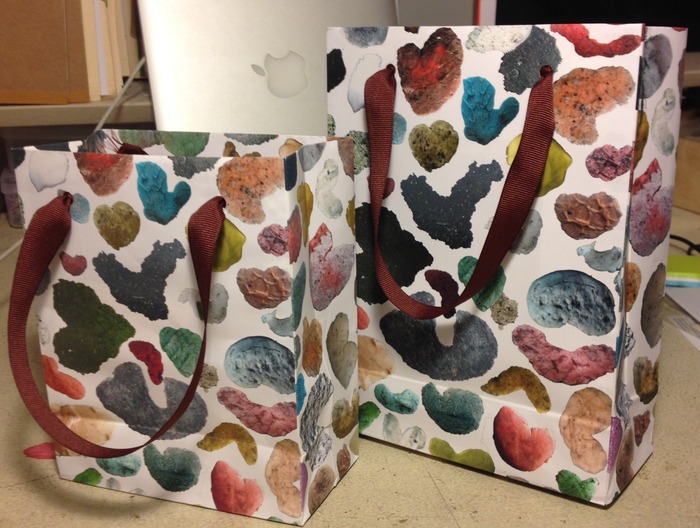 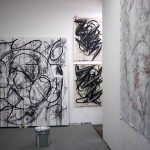 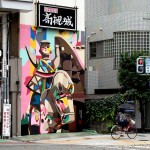 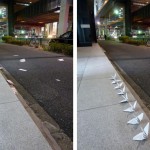