May 6, 2014 / Johnny / Comments Off on Do Not Kill | a brief history of the korosuna Japanese anti-war ads 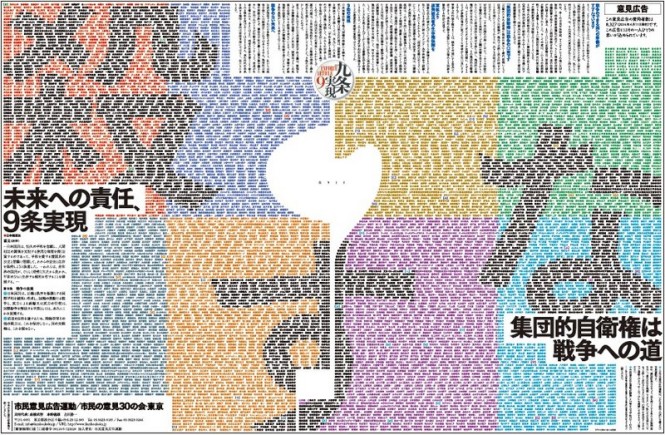 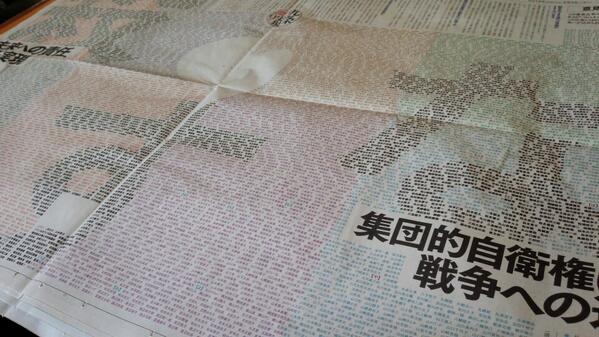 Over the weekend a bold, 2-page spread appeared in the Asahi Newspaper, a politically leftist publication and second largest behind the more conservative Yomiuri. Amongst a typographic sea of colorful words rose the letters – all in black – korosuna (殺すな, do not kill). The letters themselves, revealed by a closer look, are comprised of the names of everyone supporting the message. It was a stunning ad, albeit rather audacious, and, unsurprisingly, seemed to offend many of Japan’s netizens. It was as if a rock had been thrown at their window, shattering glass into their peaceful world.

The ad had been paid for by two organizations, both run by anti-war activists, and timed to run on Constitution Day. On the left in bold reads “Our responsibility for the future. Maintain Article 9.” On the opposite side: “The right to collective self-defense is the path to war.” It was in protest of Prime Minister Shinzo Abe being increasingly bent on altering the pacifist Constitution.

But the ad wasn’t new. It’s roots can be traced back to 2003 when a similar ad ran in the Mainichi Shinbun to protest the Iraq war, and Japan’s involvement in it. In both cases it appears that the magnificent layout was the work of graphic designer Suzuki Hitoshi. 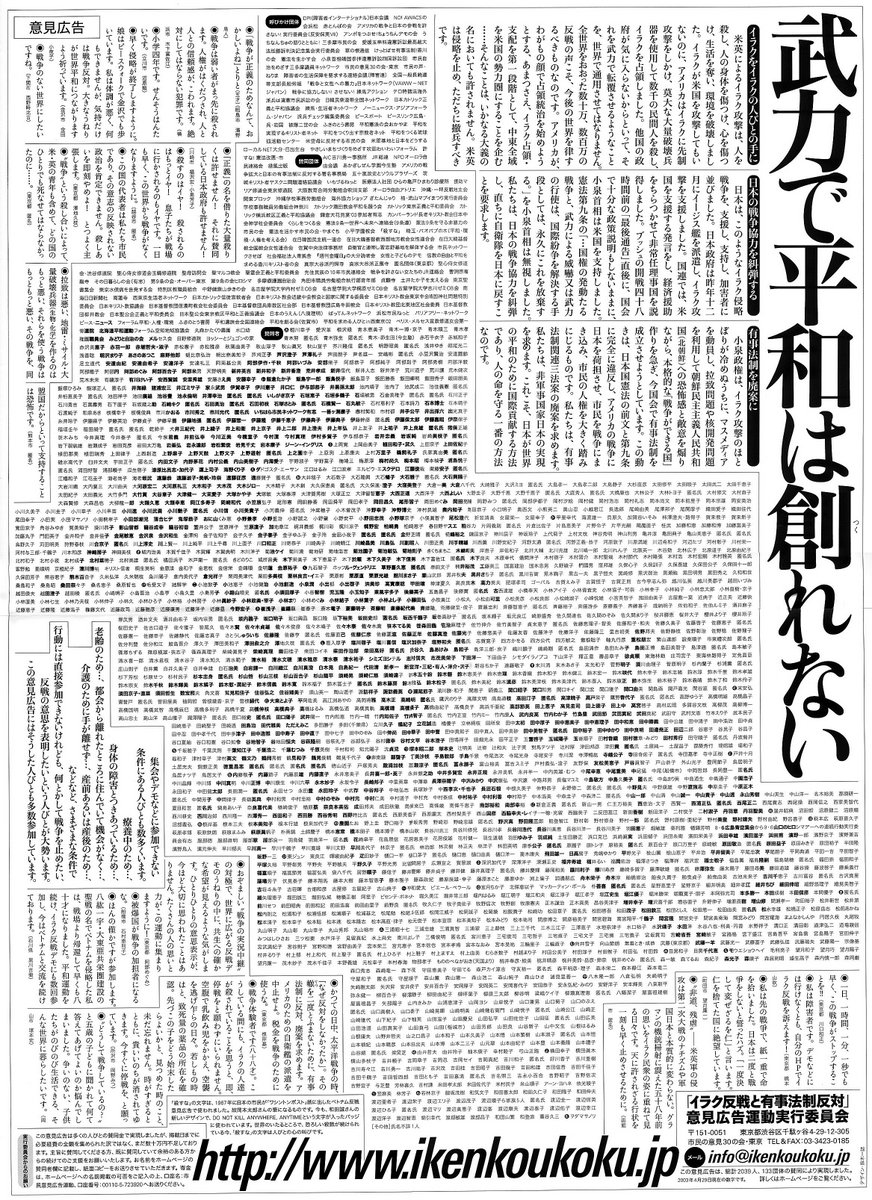 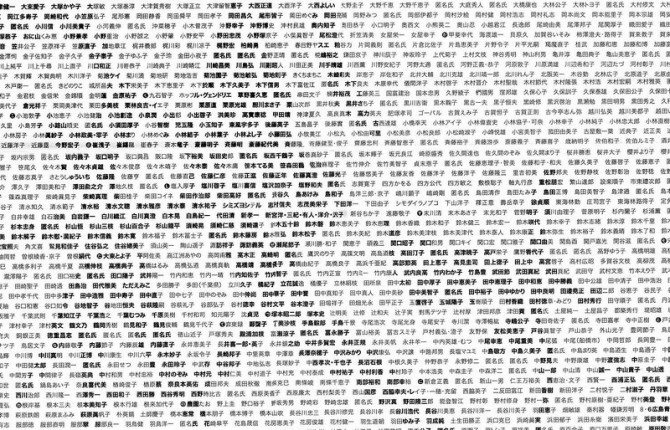 However, to trace it back to its origins we have to travel back almost 50 years to the lobby of the Tokyu Hotel in Ginza where, on a cold winter night in January of 1967, a group of people sat around a table discussing a potential ad that would run in the Washington Post. Amongst the group was the historian and philosopher Shunsuke Tsurumi, the composer Rokusuke Ei and artist Taro Okamoto, all members of Beheiren. Despite the target audience being predominantly English speakers, it was Tsurumi who came up with the idea of having Okamoto draw korosuna in Japanese characters as an attention-grabber. Okamoto immediately agreed and quickly drafted up a design. Three months later the conspicuous full-page ad ran in the Washington Post. 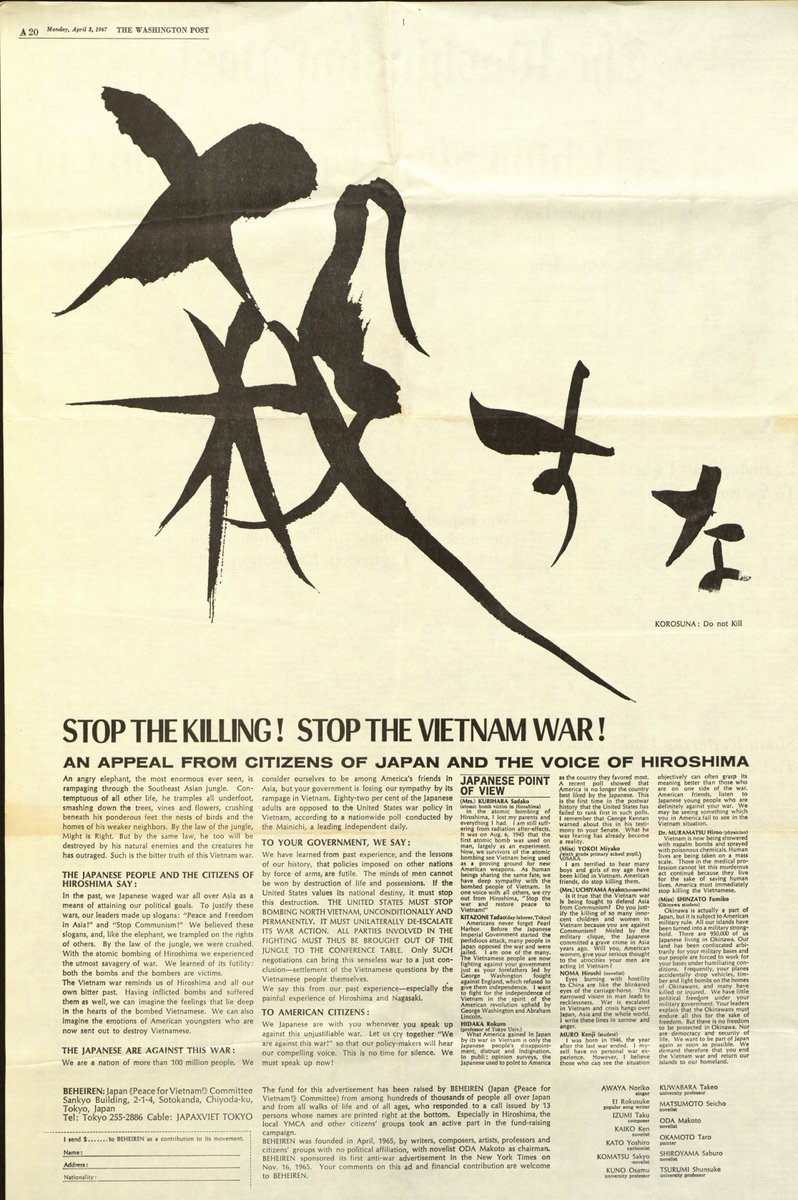 It took another 6 years for the Vietnam War to come to an end and, with it, the disbandment of Beheiren. But it’s fascinating to me that a word, and it’s powerful message, has lived on. For those willing to see the word korosuna (殺すな, do not kill) for what it is, accepting the violence it denounces, will gain a deep understanding of Japan’s history. 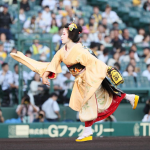 An unfinished house leaves much in the hands of the residents