June 11, 2014 / Johnny / Comments Off on Intricate Paintings by Maki Ohkojima Spill Off the Canvas and Onto Walls 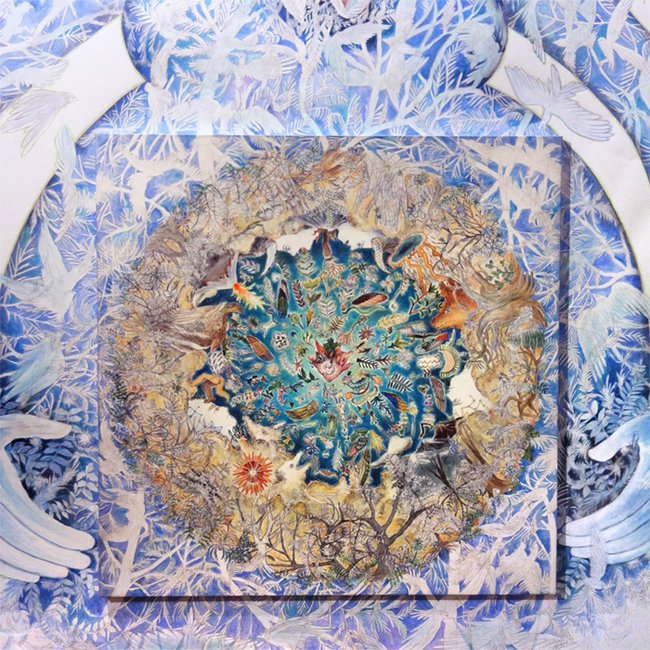 “Mother” (2012). Pencil and acrylic on paper mounted on panel, Drawing on the paper 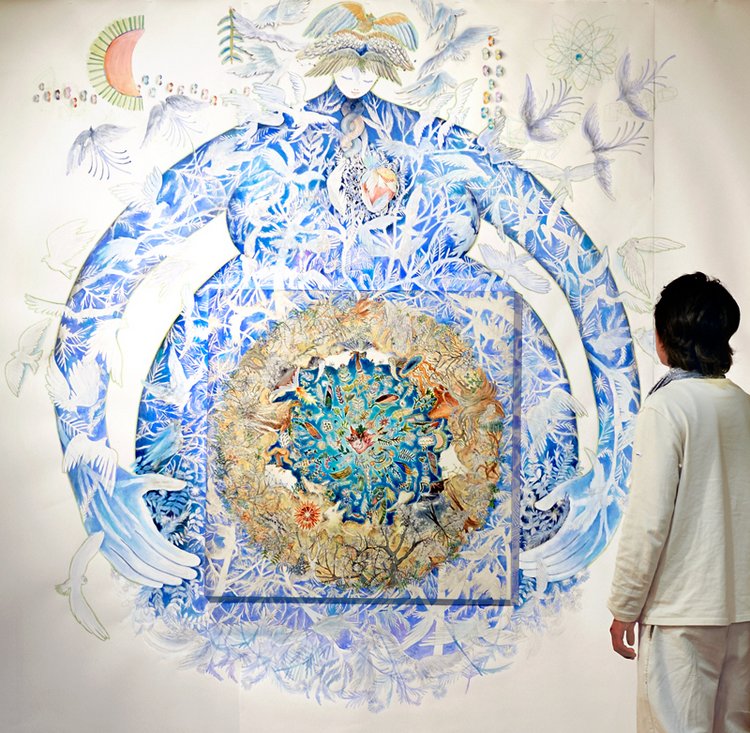 Maki Ohkojima is a 27-year old Japanese painter who creates sprawling yet intricate paintings that often feature imagery pertaining to mother earth and animals. Over the years she has developed in interesting style she calls – quite straightforwardly – “the mural beyond the frame.”

“When drawing a picture, I always think that the picture I am drawing in that moment is merely one part of a larger world and narrative,” says Ohkojima. She compares her feelings to the frustration we’ve all felt when encountering a beautiful landscape. We take out our phone or camera to capture it, only to realize that, inevitably, there is no way to capture the scene in its entirety. So when the opportunity presents itself, as if often does, Ohkojima doesn’t stop at the edges of her canvas. She extends the scene onto the wall creating a sprawling mural. “By drawing like this, the land and the picture are becoming further connected and one piece of scenery, which I could not see before, is starting to emerge. 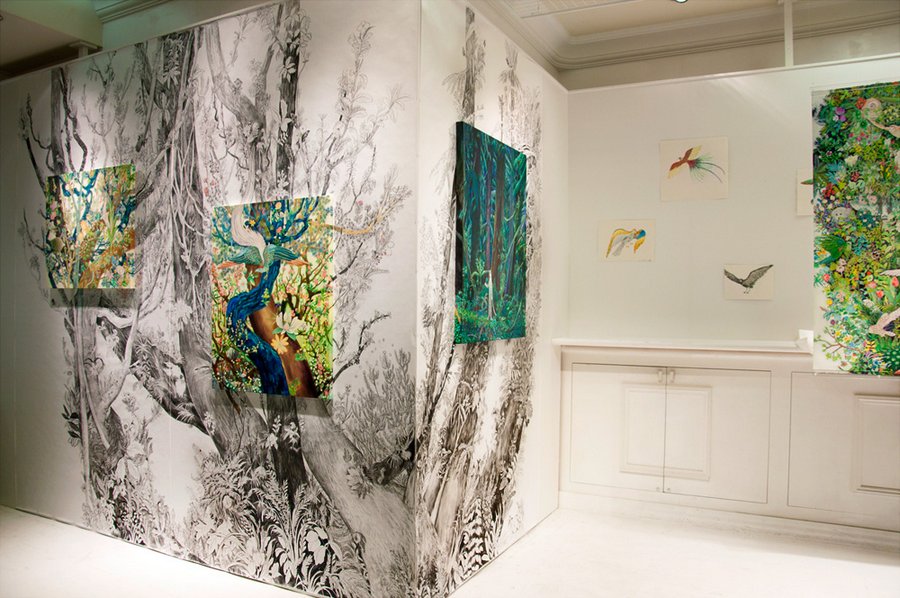 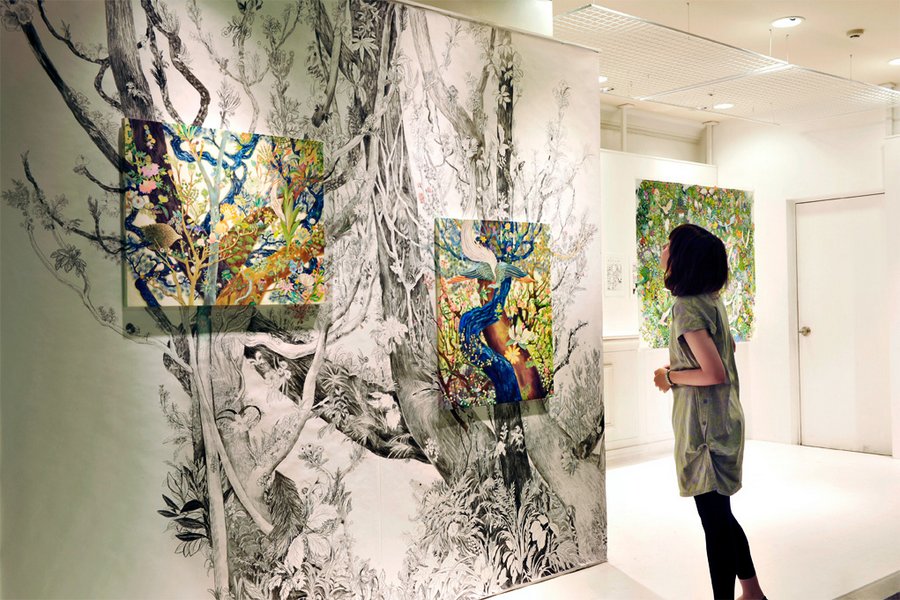 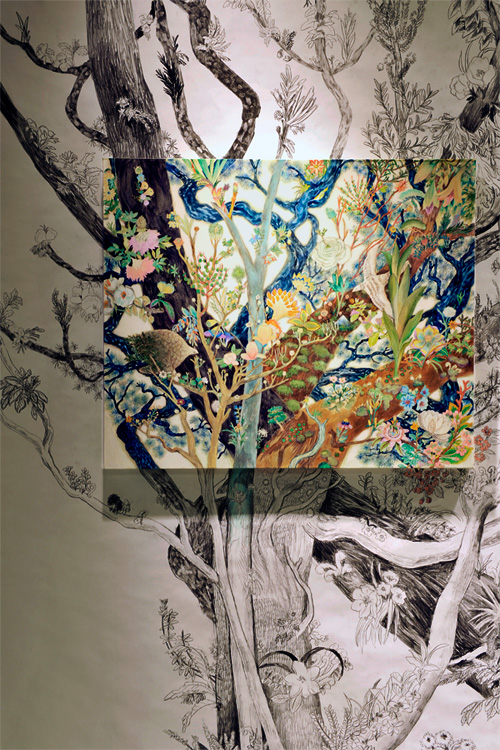 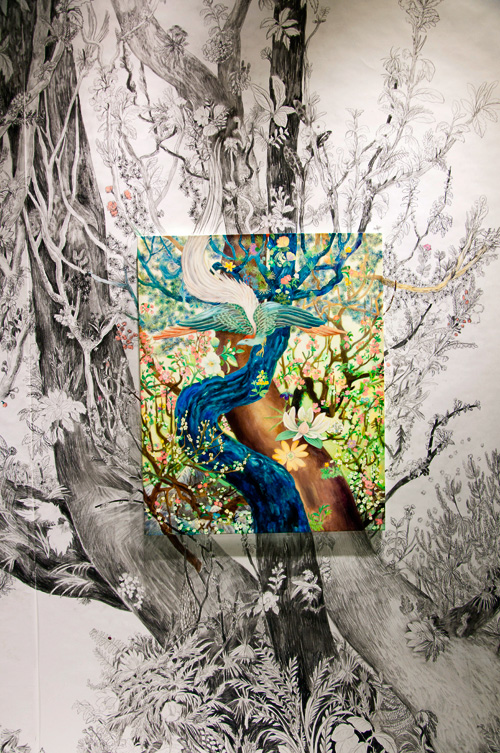 Ohkojima is a frequent participant in the Wall Art Festival and earlier this year she spent several days in India creating a sprawling mural on the walls of a classroom. This summer she plans to return to India once again as part of the Earth Art Project. 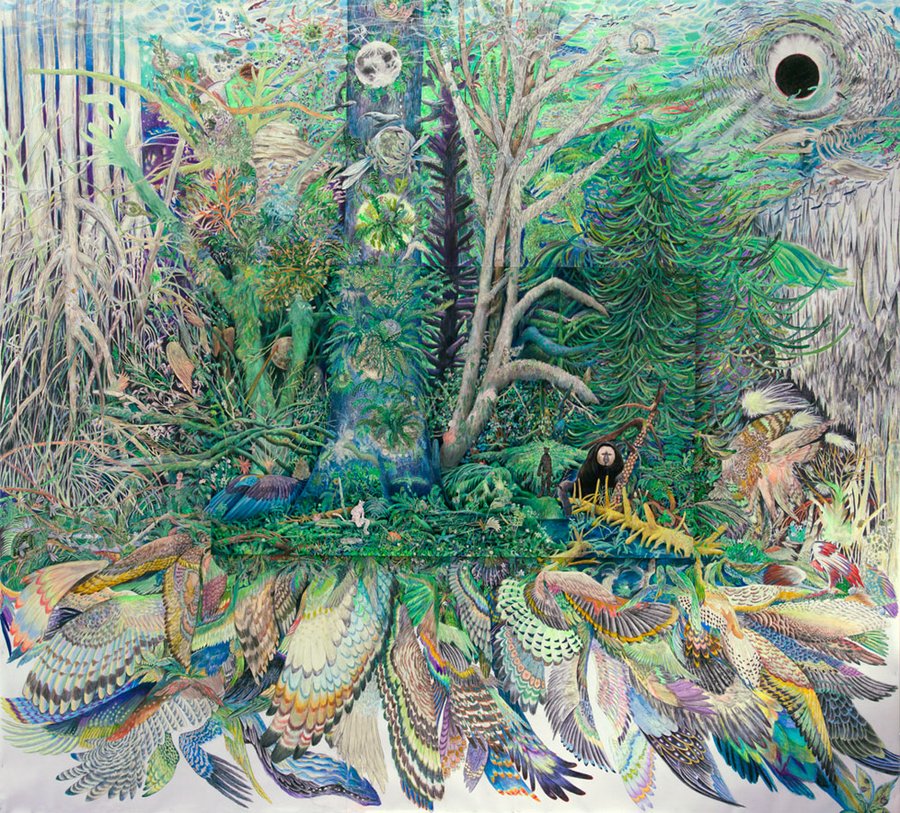 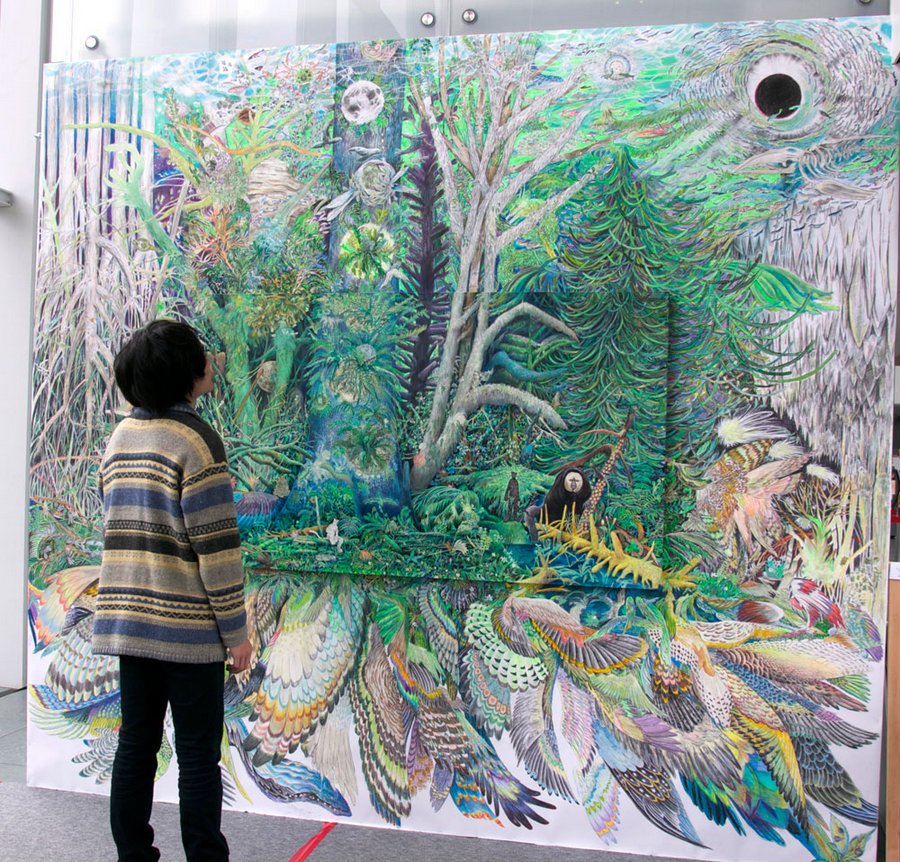 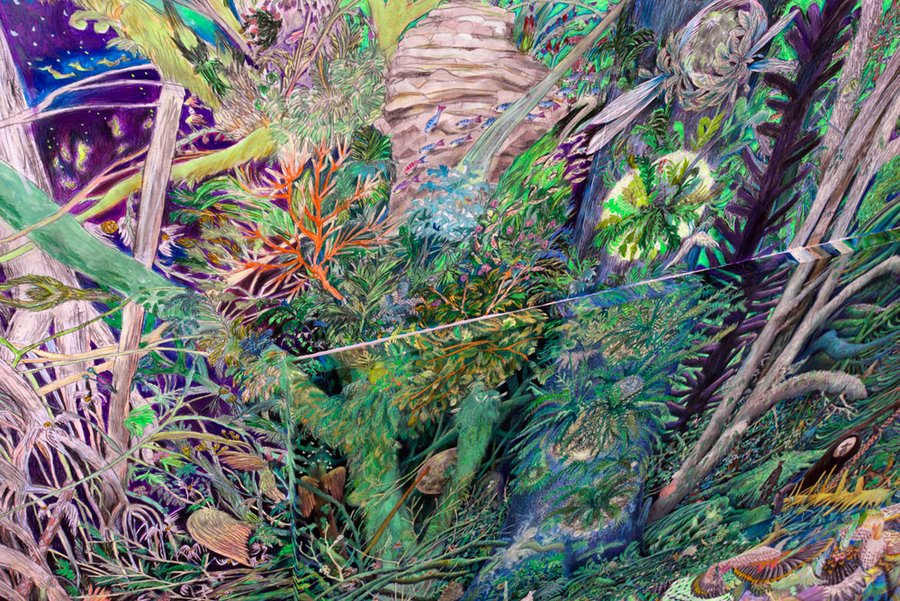 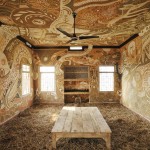 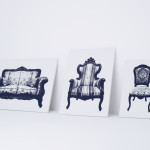 The Canvas Chair Doubles as Both Art and Furniture 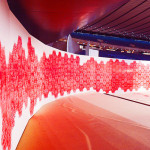