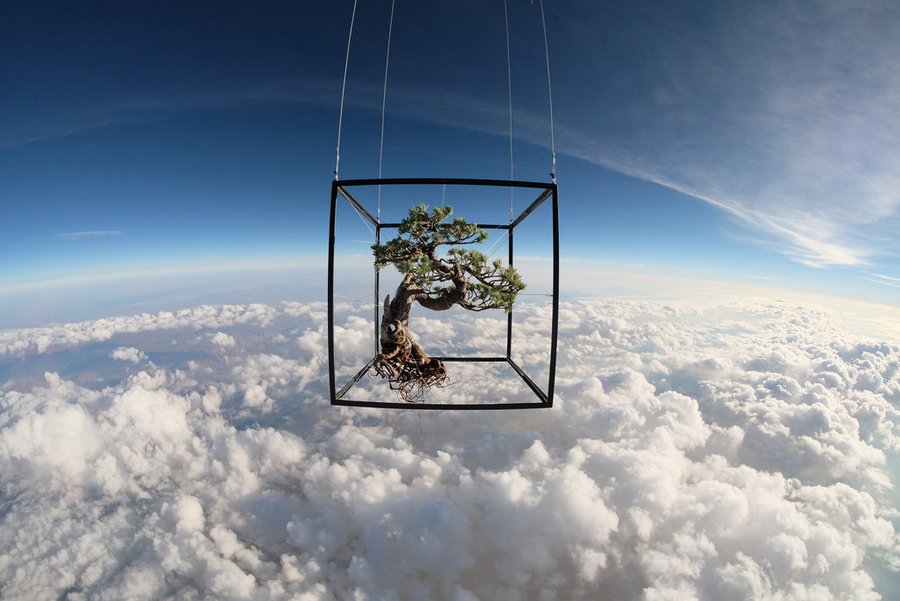 The botanical artist Makoto Azuma (previously) is no ordinary flower arranger. He’s sort of the rock star of the floral world. And I’m not just talking about that time he stomped all over hundreds of flowers during a musical performance. He’s also uprooted bonsai and suspended them in mid-air in a piece titled “Shiki.” Another time he stuffed flowers into glass jars and filled them with water like sardines.

But earlier this week Azuma took his avant-garde floral art a step further by launching his work into the stratosphere. Titled Exbiotanica, Azuma and his crew, along with help from JP Aerospace, launched “Shiki” (a Japanese white pine) and an untitled arrangement of flowers, into space using a helium balloon. 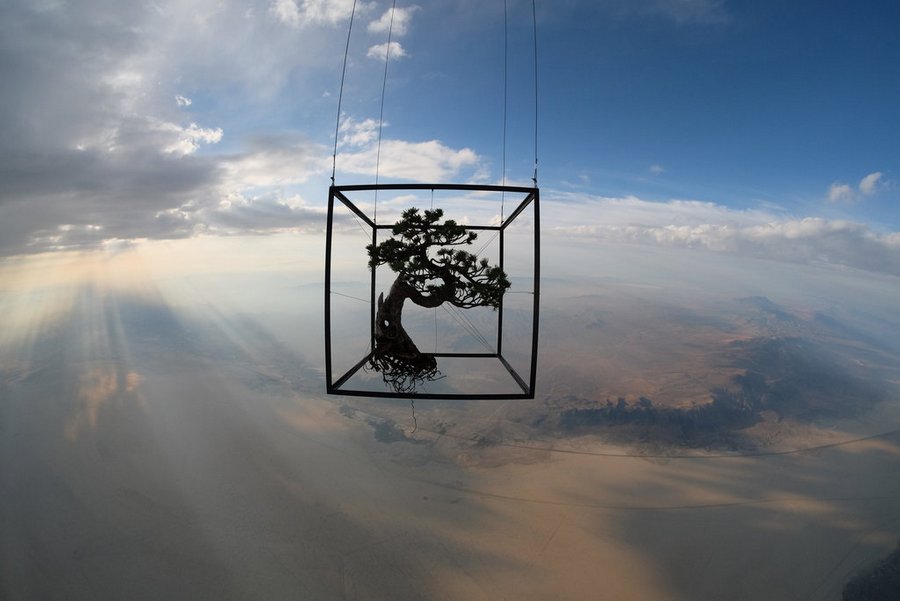 “I wanted to see the movement and beauty of plants and flowers suspended in space,” Azuma explained. T Magazine has a detailed account of the entire experiment. 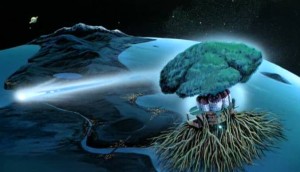 Whether intentional or not, Ghibli fans will surely see an uncanny resemblance between Azuma 50-year old pine tree and Laputa, which rises into space at the end of Hayao Miyazaki’s masterpiece “Castle In The Sky.” 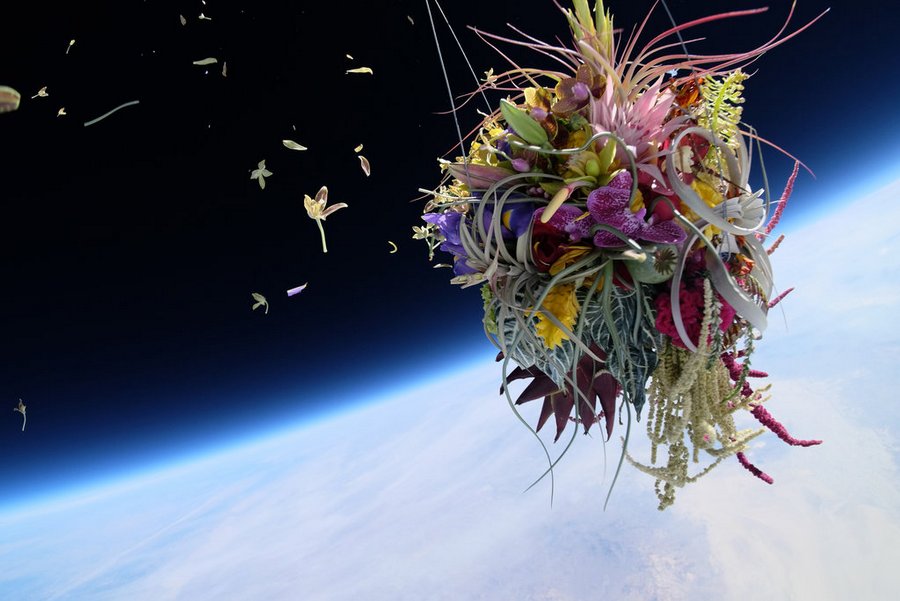 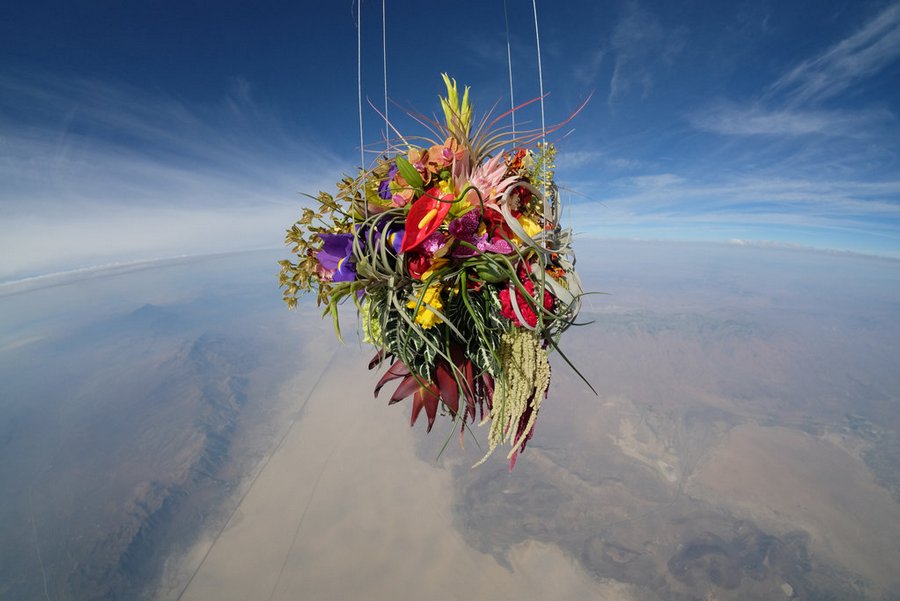 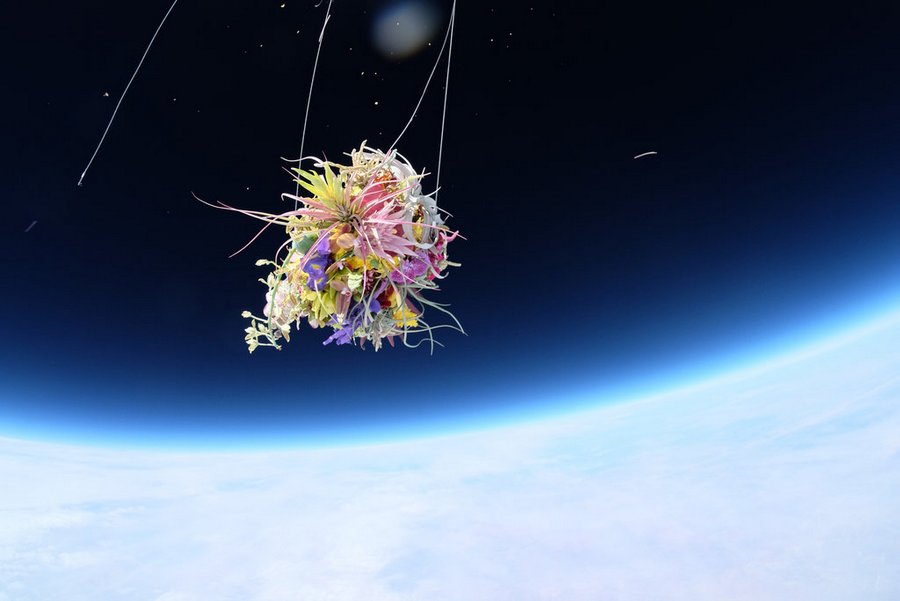 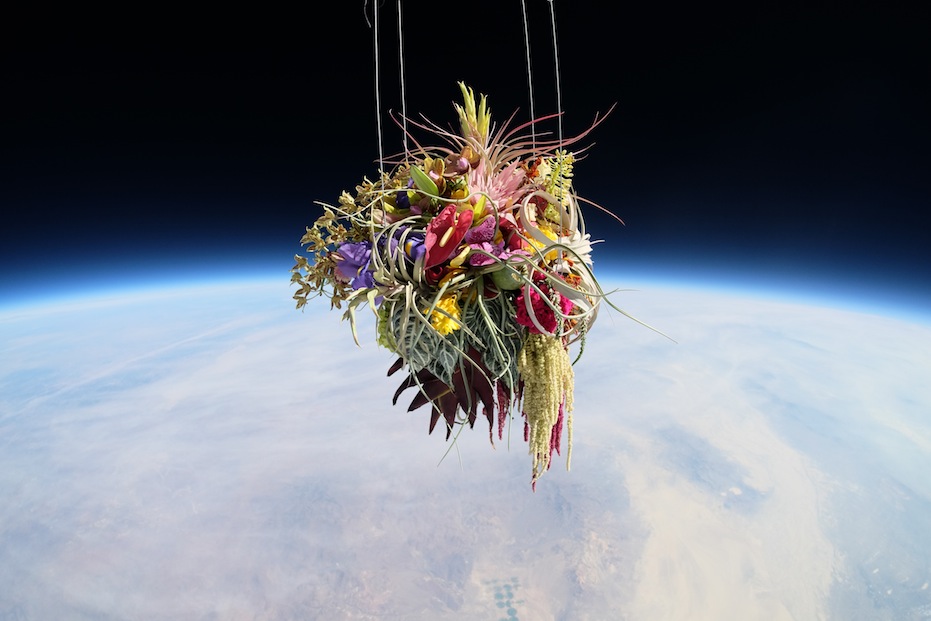 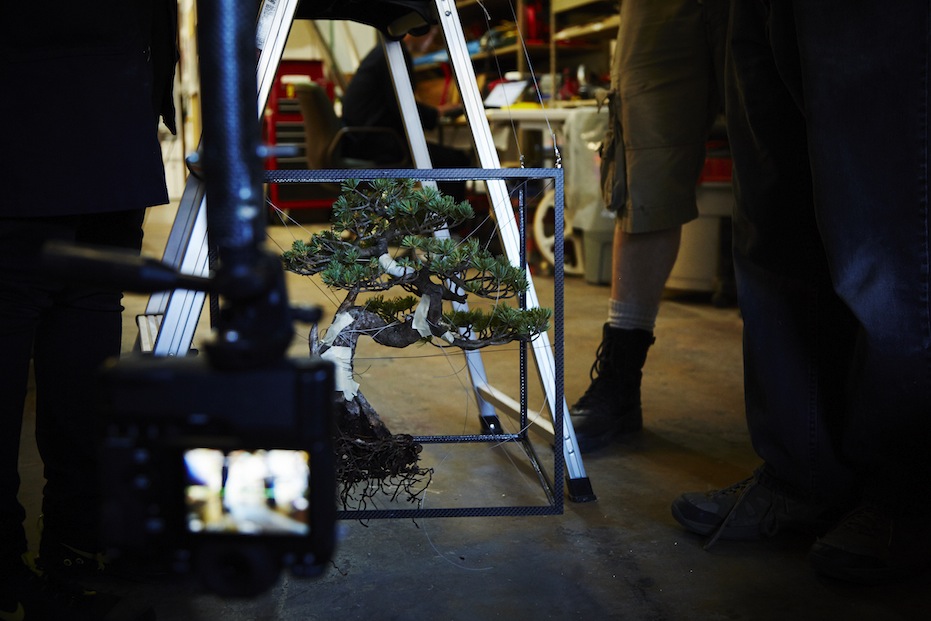 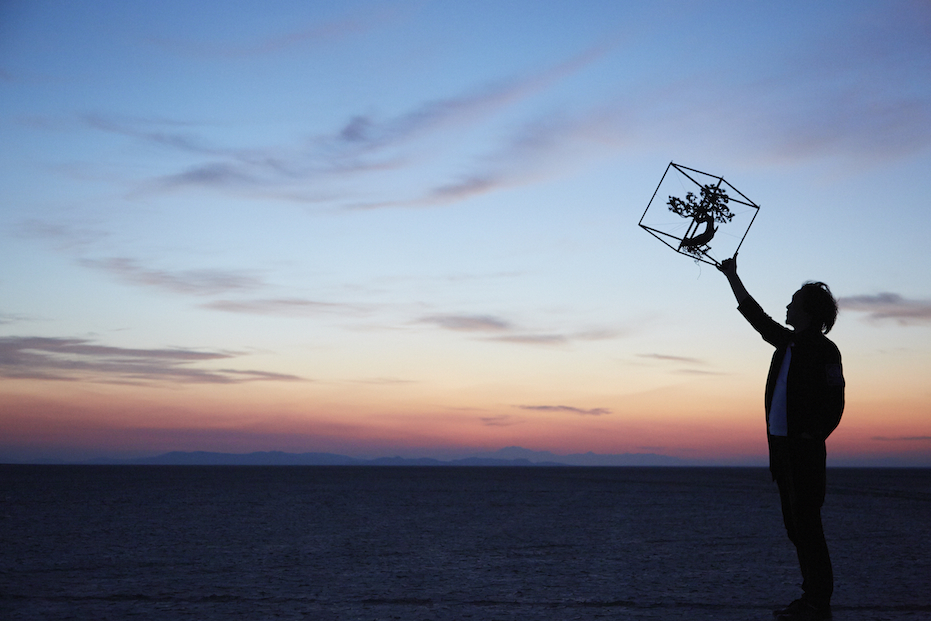 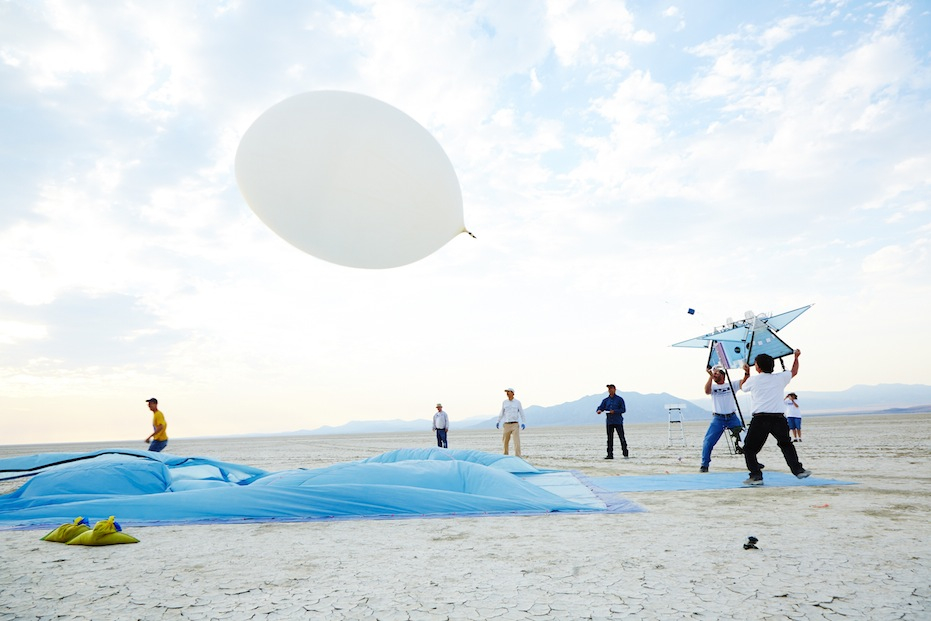 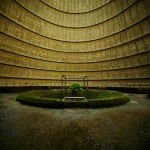