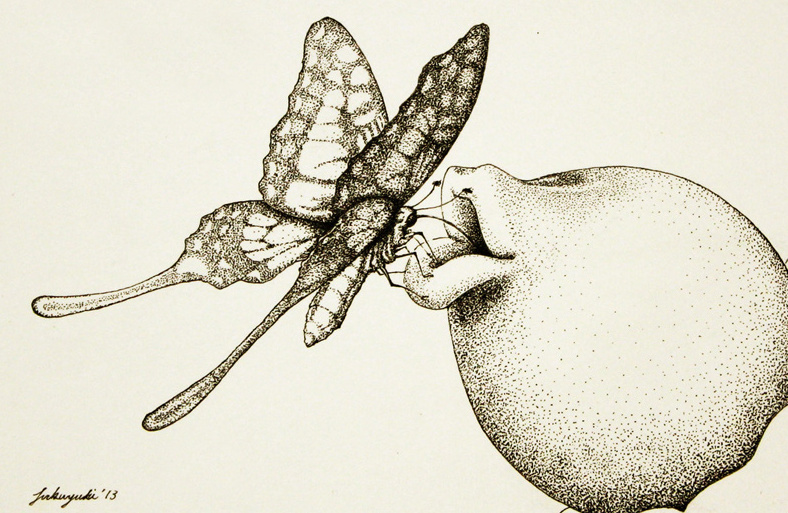 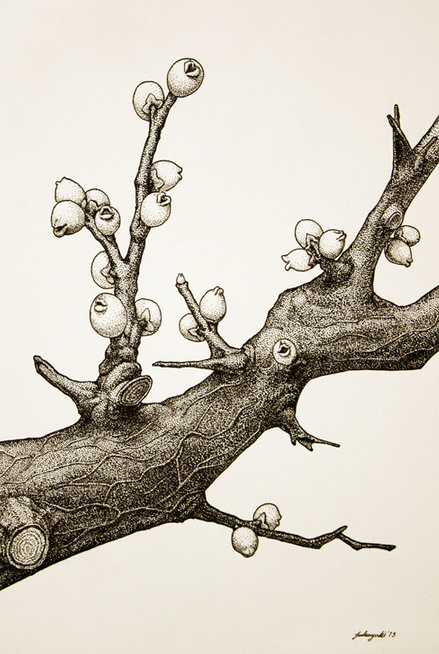 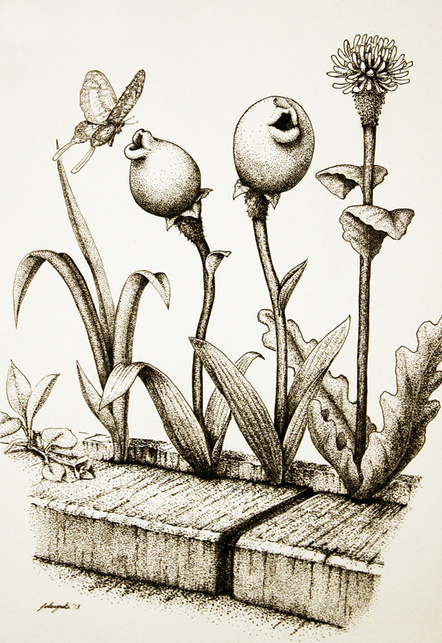 Tulip, in Japan, is pronounced chulip. And chu means kiss, which is why it was inevitable that someone would have a little fun with the pun. But never did I expect such a bizarre series of artworks as this. Artist Takayuki Fukusawa (of the cleavage necklace fame) created a fictional plant called the Chulip, as well as a fictional journal to scientifically document his fictional findings. 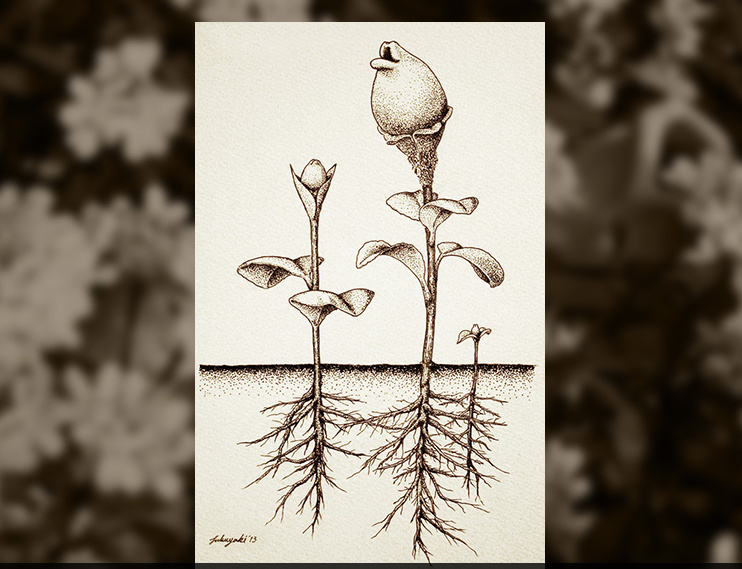 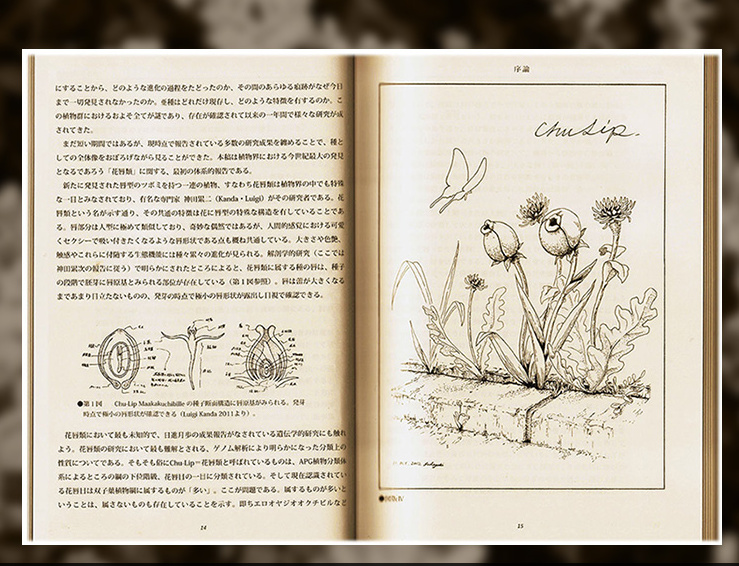 The pointillist illustrations – both mysterious and humorous – are actually quite exquisite, and won Fukusawa an International Illustration Award last year. 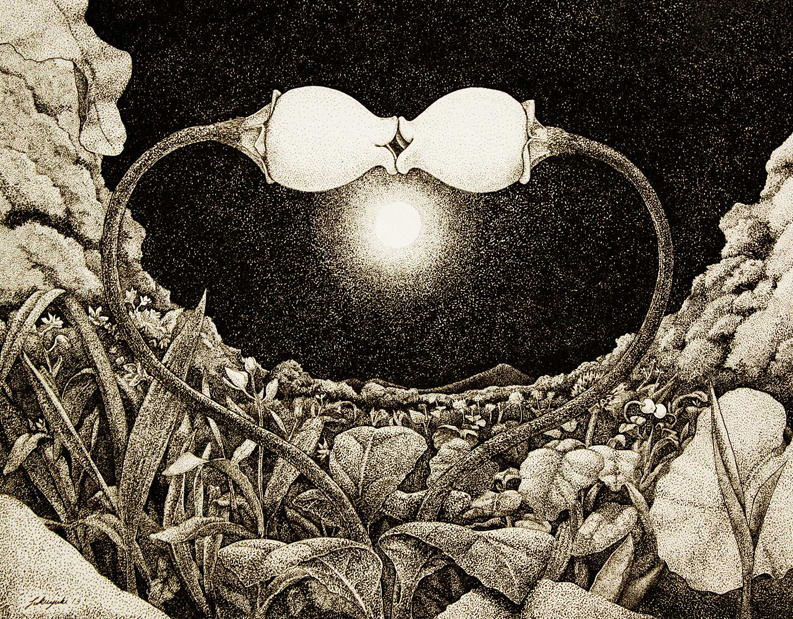 Fukusawa even turned his creation into a non-living object – a vessel that can as a planter, a cup or a wine wine decanter. He’s selling them on craft site minne for 3,200 yen. 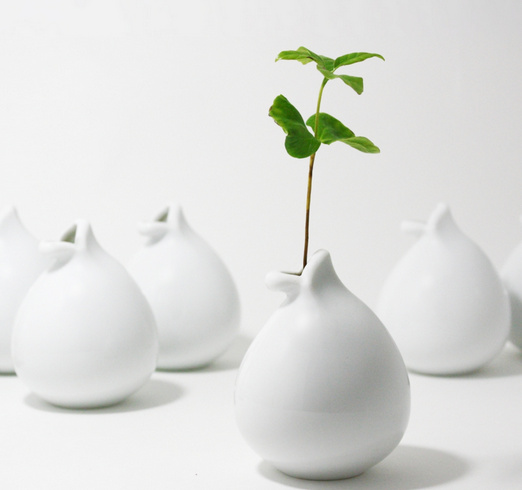 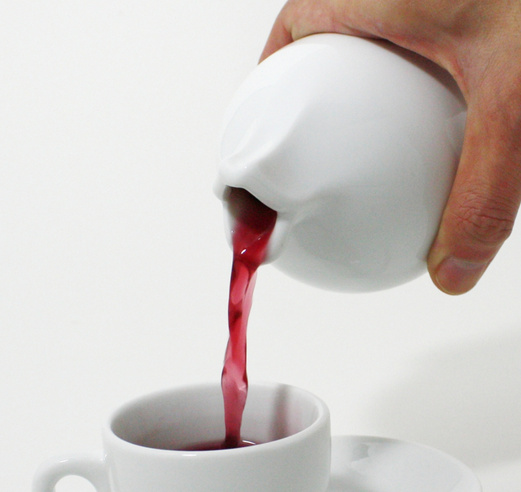 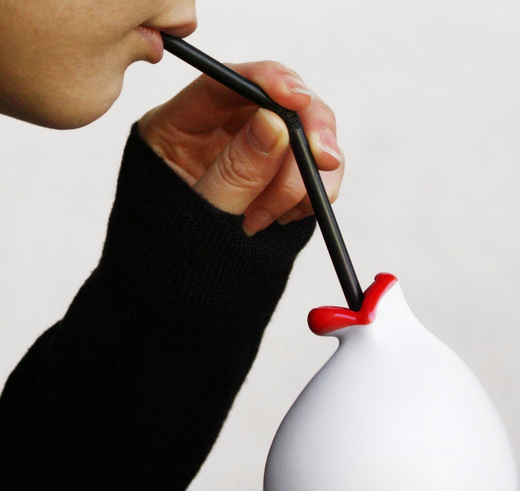 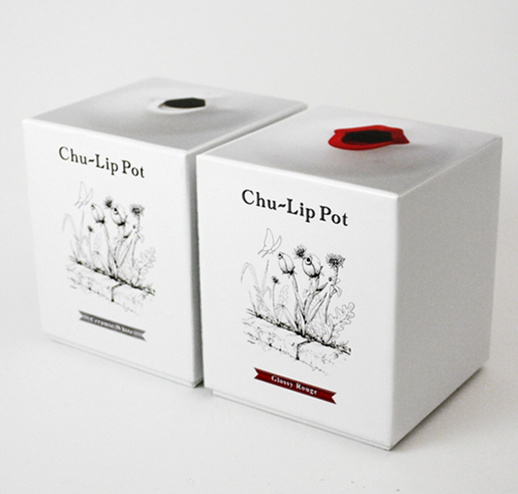 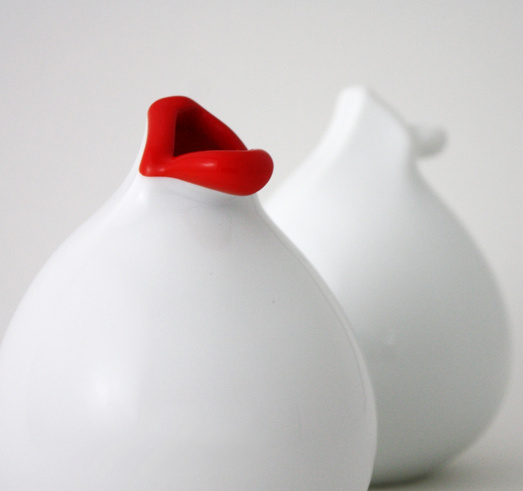 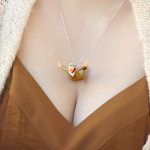 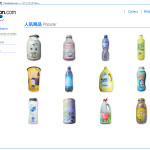 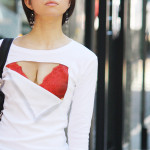 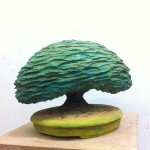