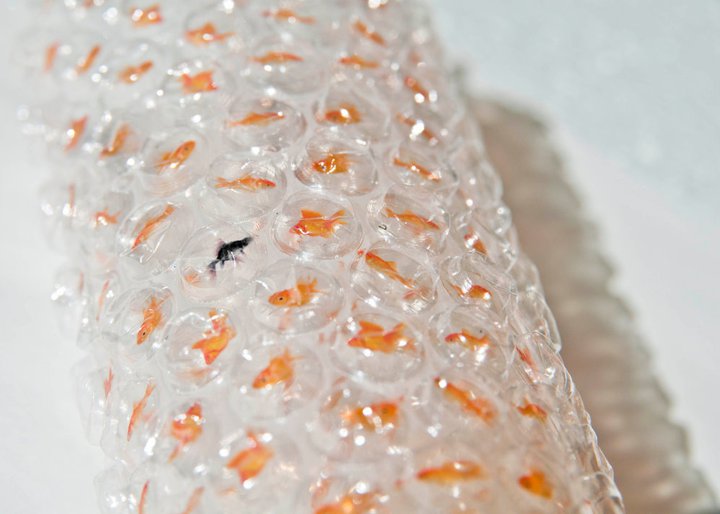 Inspired by watching a single goldfish swimming around in a goldfish bowl, Japanese designer Daisuke Akiyama came up with a rather ingenious product: goldfish bubble wrap. By reinventing the standard packaging material, Akiyama – part of the design studio HAFT DESIGN – created the subtle yet magical illusion of miniature goldfish swimming around in each bubble. “We usually have an inclination to pop bubble wrap,” says Akiyama. “But by printing goldfish I’ve made it psychologically more difficult to pop.”

Unfortunately, it’s only a prototype and isn’t available for purchase. But word has it that Akiyama is working on commercializing his novel idea. It would make the perfect summer present, or at least the perfect wrapping. (via notcot)