September 22, 2014 / Johnny / Comments Off on Miniature Dioramas of Bombed Out and Littered Cites by Satoshi Araki 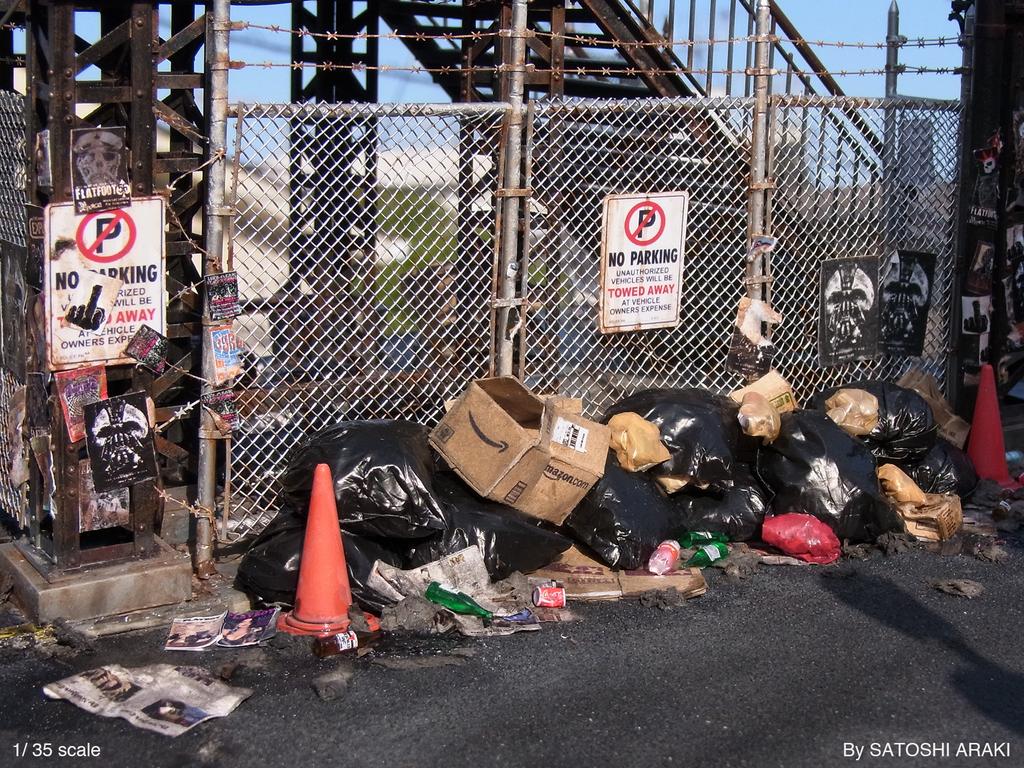 miniature diorama of a garbage dump 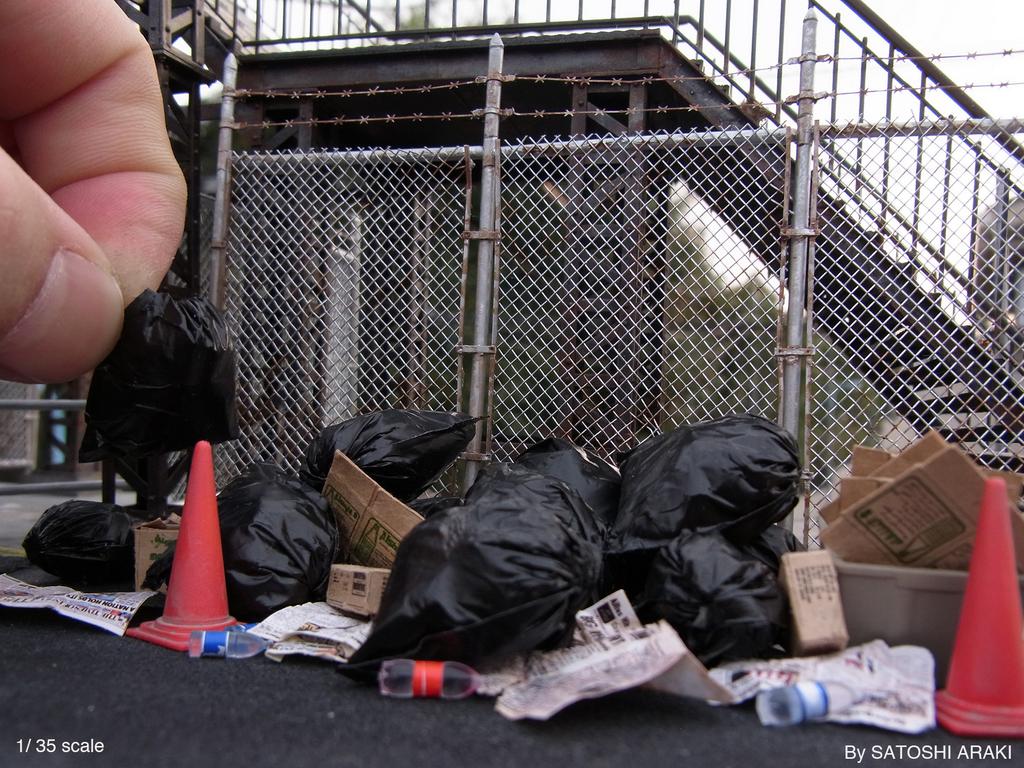 The world of Japanese miniature art is vast and deep. We’ve devoted several articles to highlighting various artists who create miniature worlds out of everything from toy train tracks and wood to human hair. Satoshi Araki is an artist worth noting, not for his use of odd materials, but for his emphasis on teeny tiny details.

The 45-year old Tokyo-based artist makes a living by crafting miniature models of towns, cars, bicycles and almost anything. But his specialty seems to be chaotic cityscapes that are the result of urban decay or warfare. 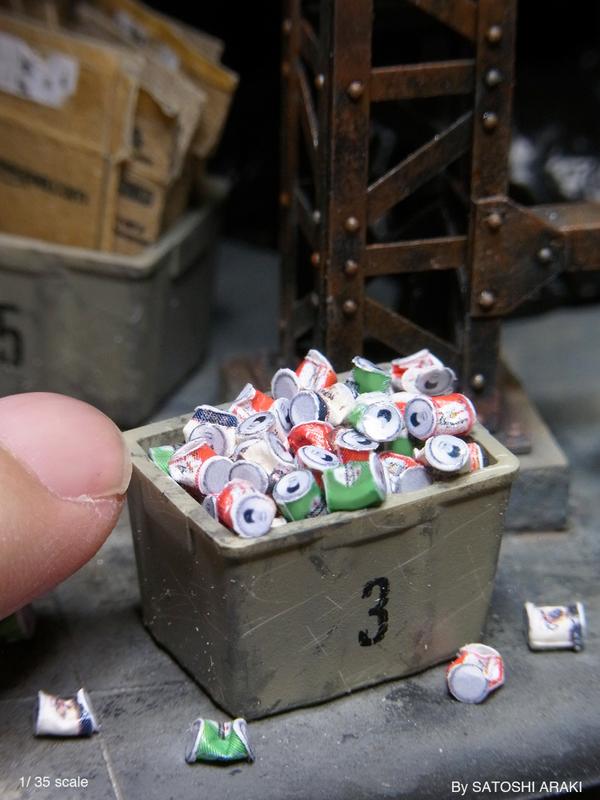 For the most part, Araki uses Styrofoam board, which he cuts, paints and glues together to create convincing dioramas. On his blog he explains that his primary tool for visual reference is google image search. Keywords like “Iraq war” and “Iraq ruins” (he warns that these search terms can also turn up some gruesome images) help him create scenes that are immensely life-like, even down to the smallest of details like soda can written in Arabic. 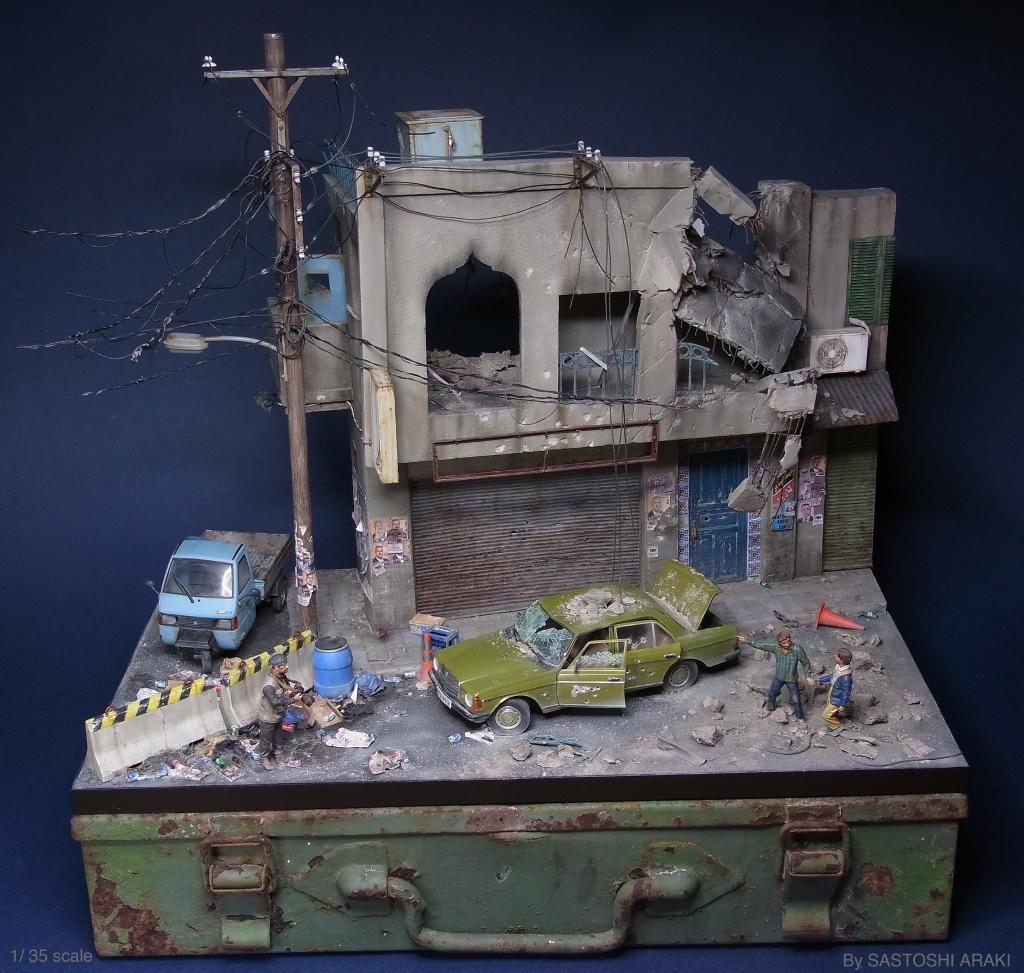 miniature diorama of a bombed-out corner in Baghdad 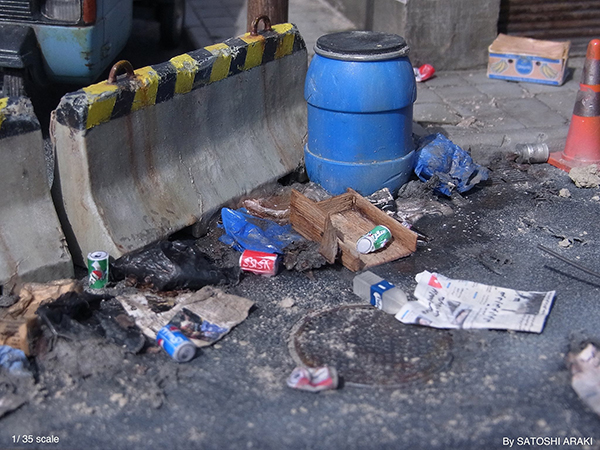 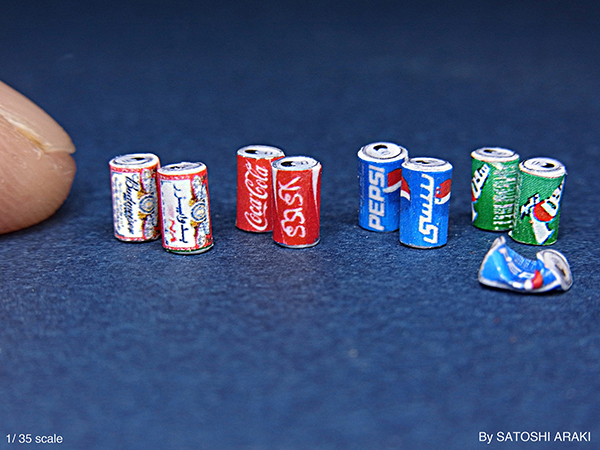 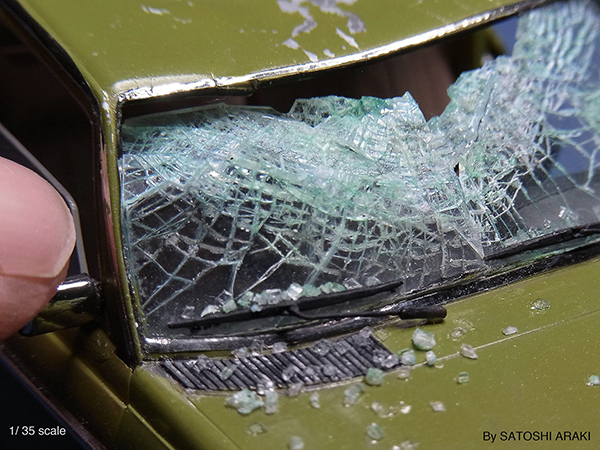 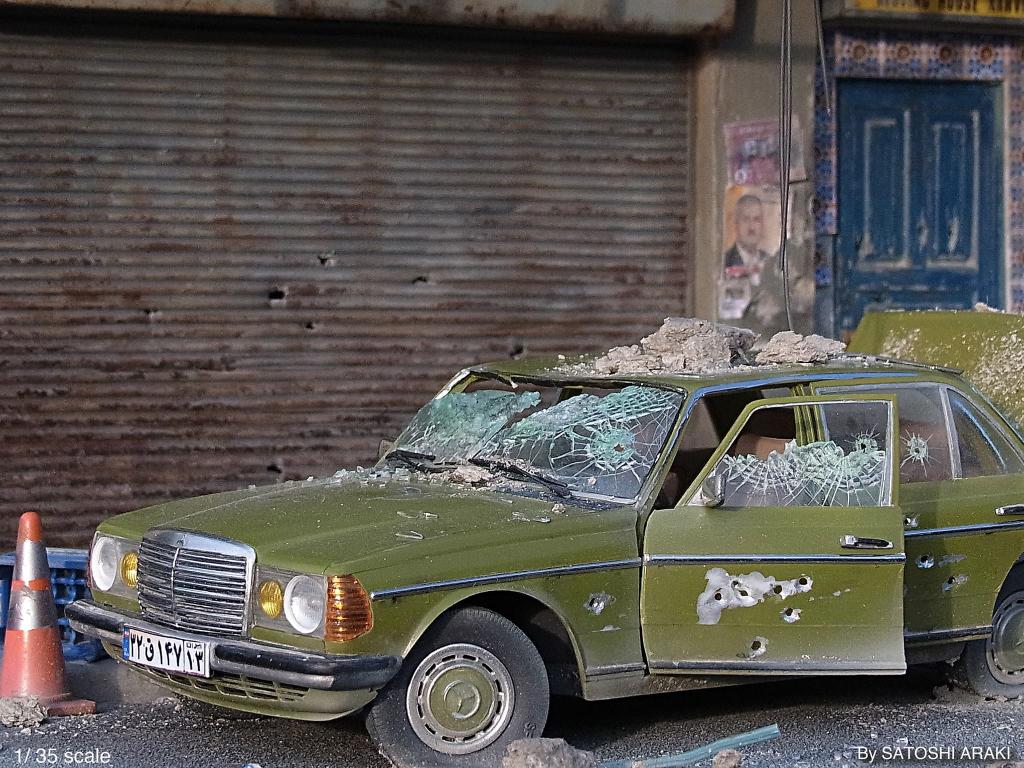 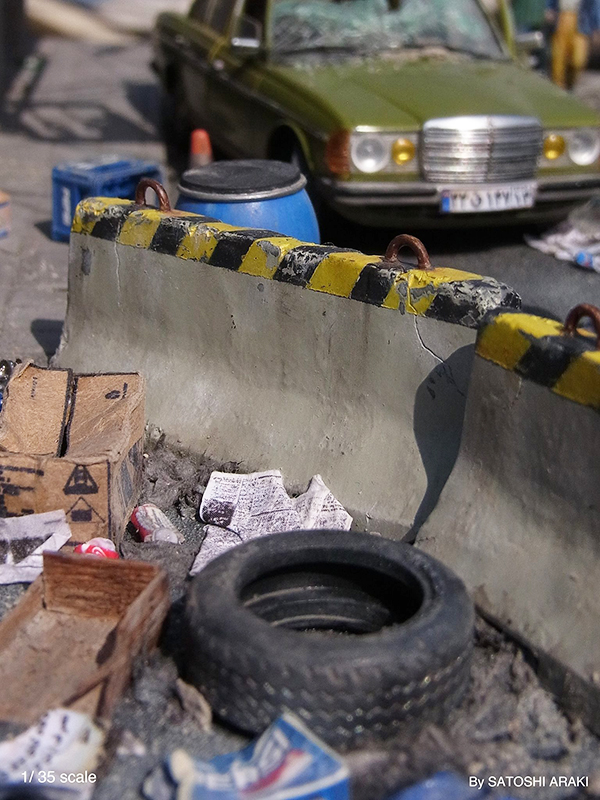 He also creates many scenes of urban decay that often feature man-made products being overgrown with weeds or rusting away. You can follow him on twitter and his blog where he posts new work. 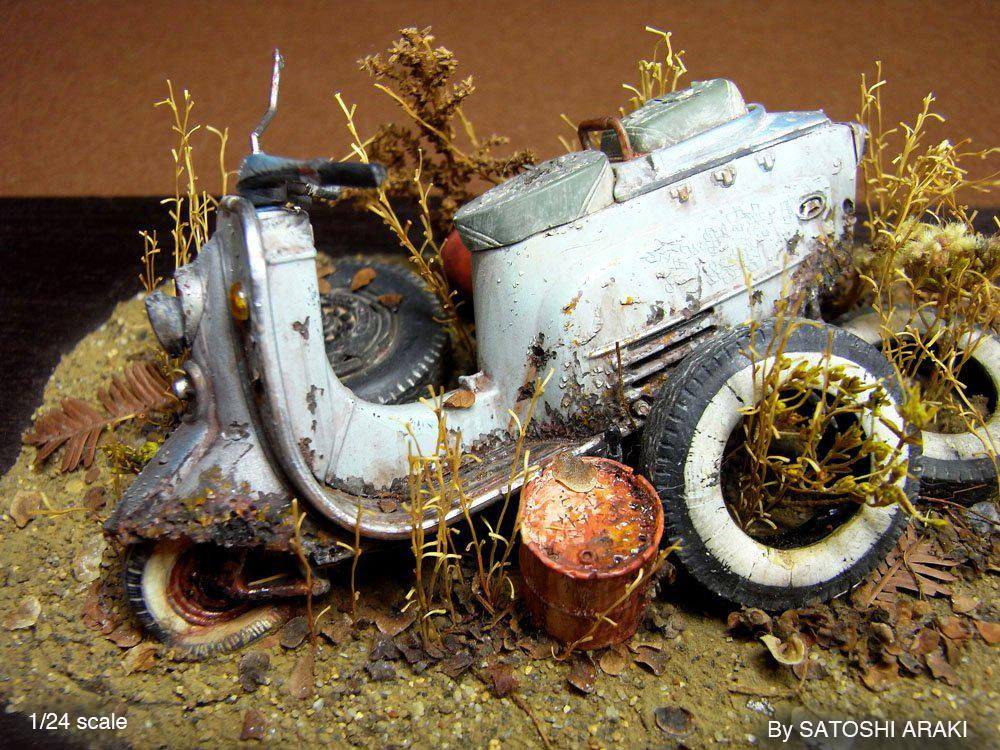 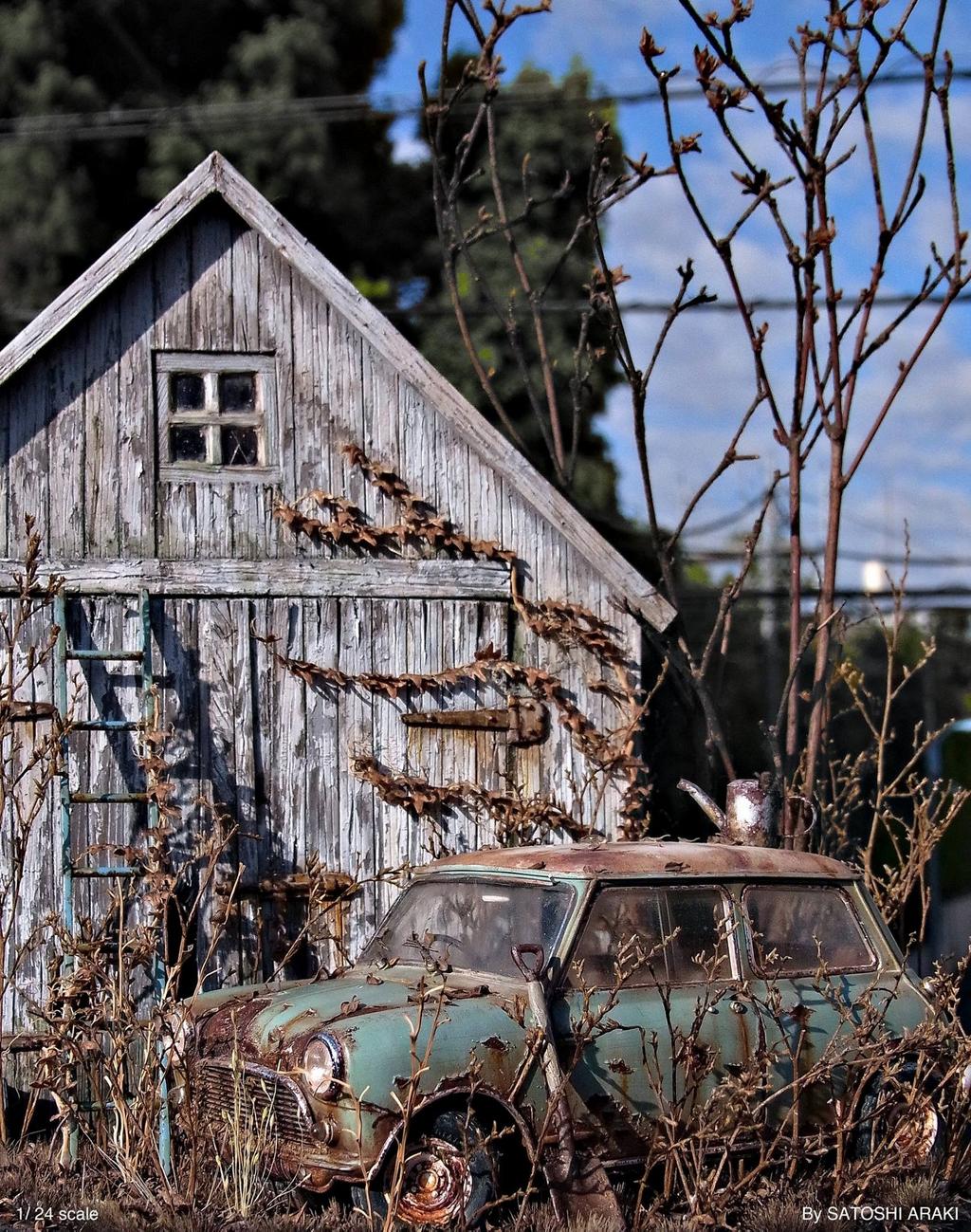 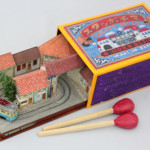 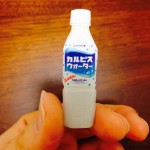 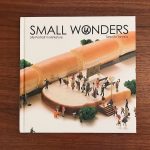