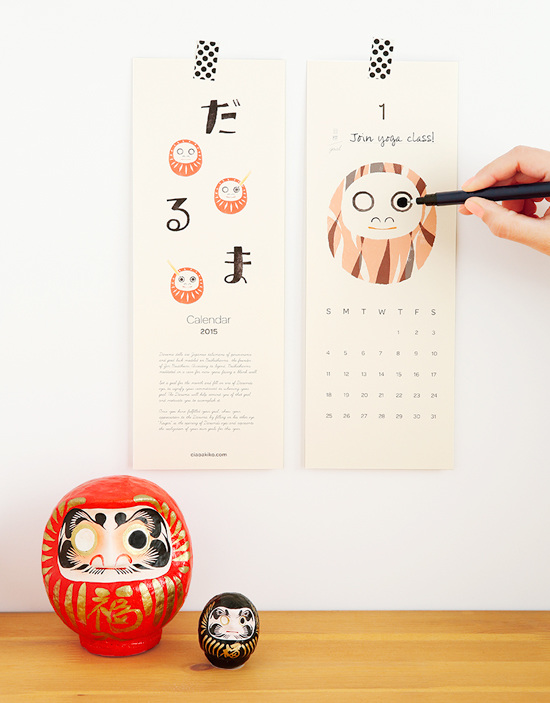 Japan-based designer Akiko da Silva has created an adorably illustrated 2015 calendar featuring the daruma, one of Japan’s most beloved New Year’s icons. “Daruma dolls are Japanese talismans of perseverance and good luck,” explains Akiko. Modeled after Zen Buddhism’s Bodhidharma, the hollowed out, roundish doll is portrayed without arms or legs because, according to legend, the Bodhidharma’s legs and arms fell off from atrophy after meditating for 9 years. 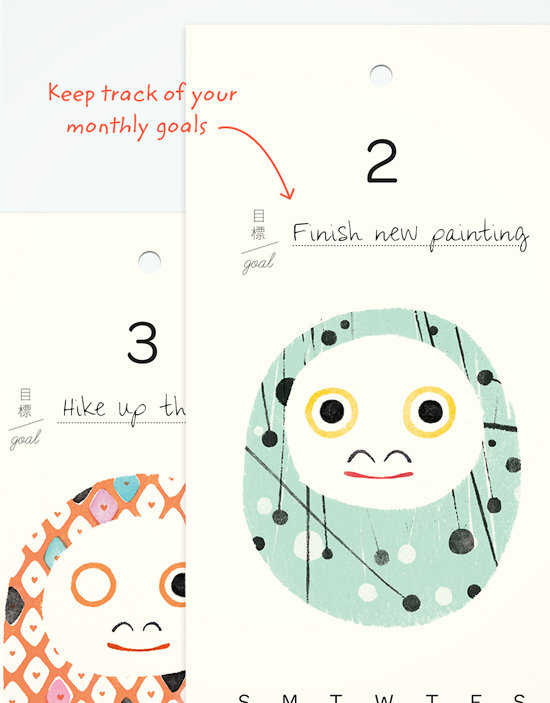 But why are Daruma dolls associated with New Years? That’s because the eyes are blank when first sold. “One eye is filled in upon deciding a goal and the other is filled in once the goal has been reached,” says Akiko. In other words, it’s a means of tracking goals or tasks and motivating oneself to finish them. And in her calendar, Akiko has incorporated a similar to-do function by allowing space for new goals each month. Akiko is selling the calendars on her website for $20 each. 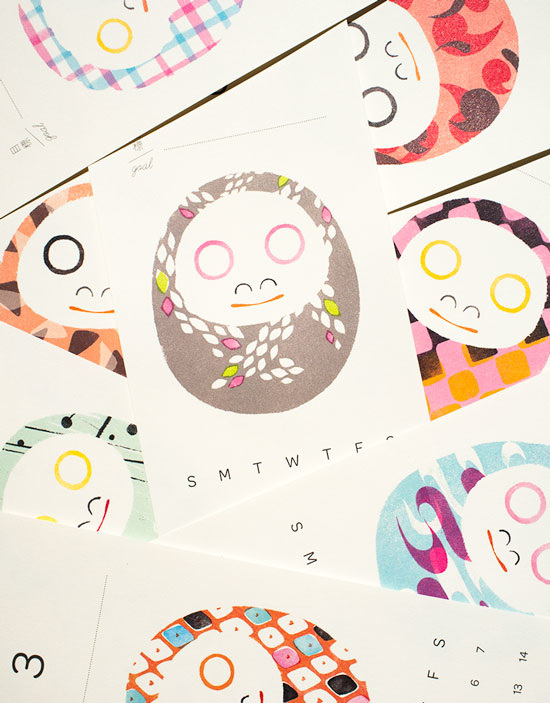 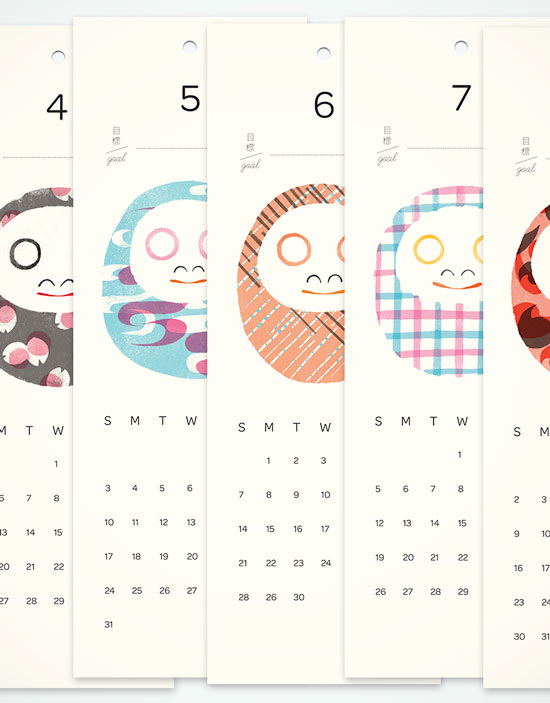 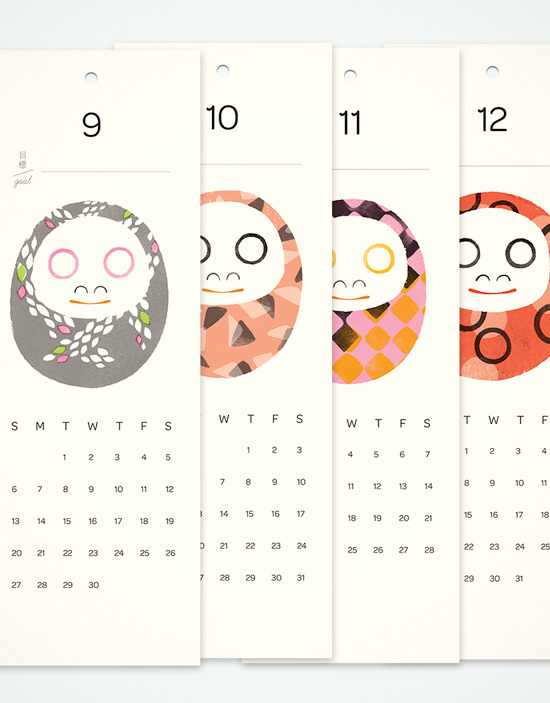 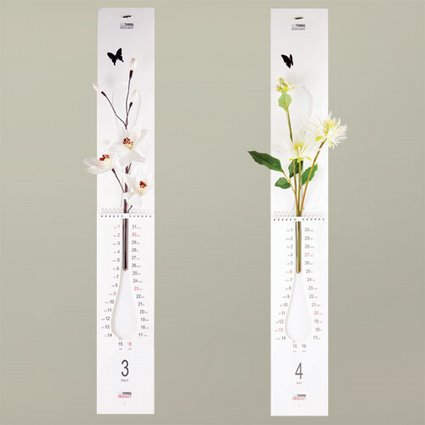 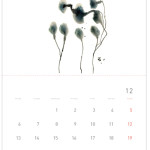 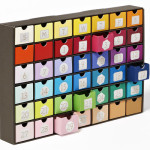