December 29, 2014 / Johnny / Comments Off on A Designer Ramen Bowl Exhibition 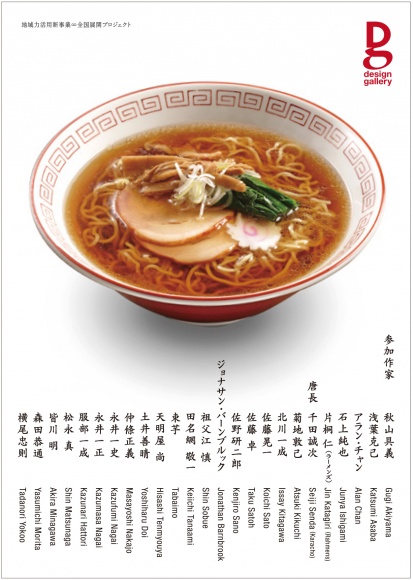 It says something about the popularity of ramen when there are design exhibitions dedicated solely to its vessel. And such an exhibition just opened in Tokyo: the “Mino Ramen Bowl Exhibition.” 25 unique ramen bowls have been designed by some of Japan’s most well-known artists, designers and architects such as Junya Ishigami, Taku Sato and Tadanori Yokoo. The exhibition, produced by the Japan Design Committee, brings together craftsmen from Mino City, one of Japan’s largest pottery centers that also happens to produce about 90% of all ramen bowls. 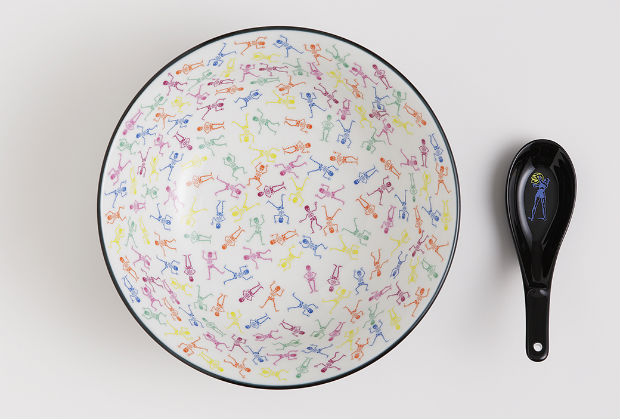 a ramen bow with dancing skeletons designed by Tadanori Yokoo 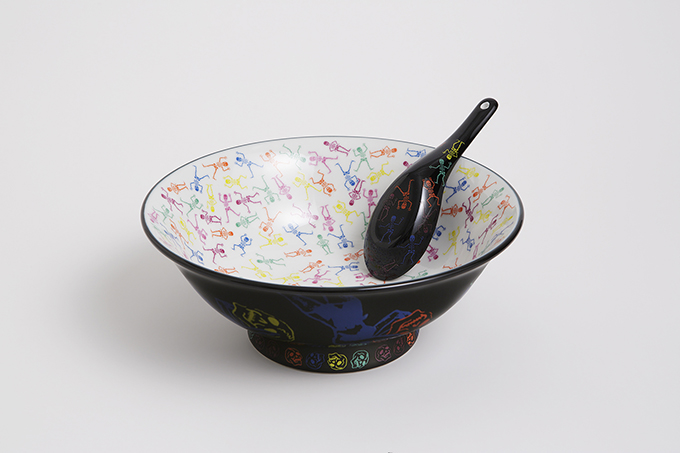 Ramen shops in Japan are at a historic high without 35,000 shops throughout the country serving up salty soup and noodles. I don’t have the numbers to back me up but here in New York I’ve noticed a precipitous rise in ramen shops in the last several years. An unofficial search on Yelp yielded 1568 results for “ramen.” For historic data, a chronicle search in the NYT would indicate a rise.

I think it’s fair to say that, alongside sushi, ramen has become one of Japan’s most well-known ambassadors (despite its Chinese roots). So it makes sense to use ramen to telegraph Japan’s design sensibilities as well. 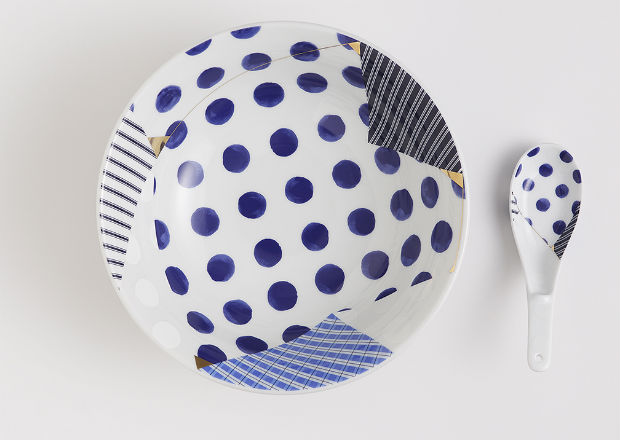 The Mino Ramen Bowl Exhibition is on display through January 26, 2015 at Design Gallery 1953 (7th floor of Matsuya Ginza Department Store). 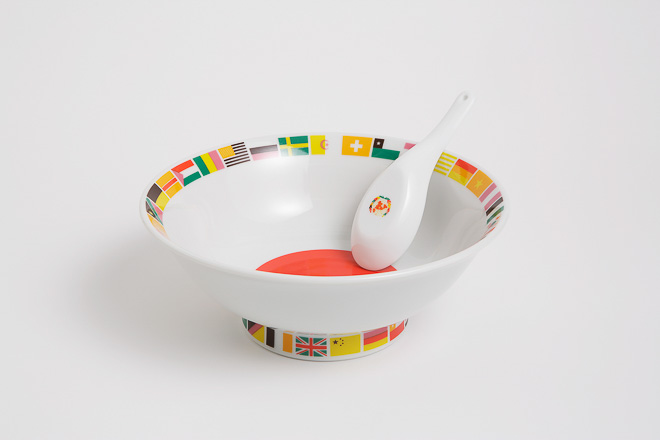 flags from around the world decorate Koichi Sato’s bowl 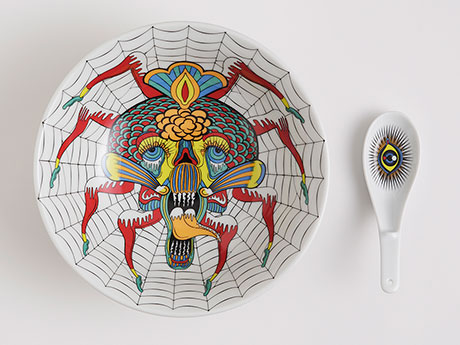 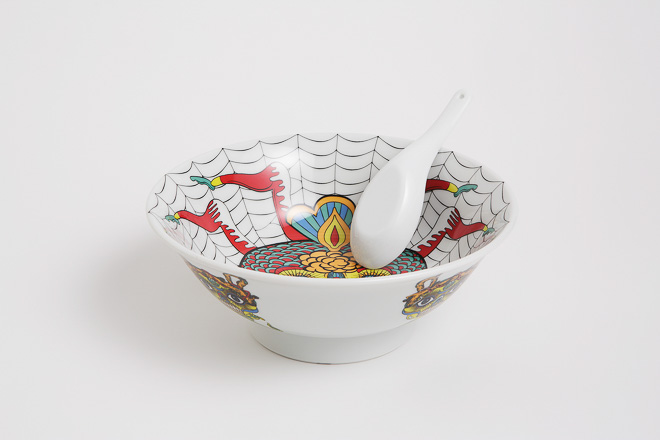 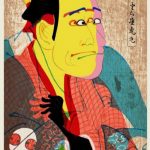