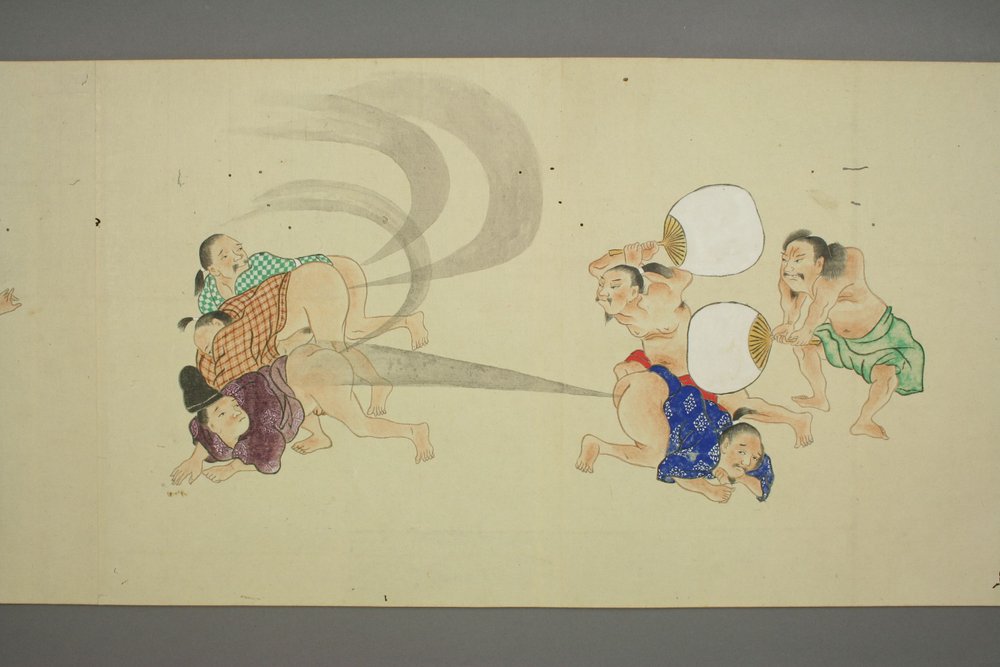 As the comedian Louis CK once expounded, you don’t have to be smart to laugh at farts. But you would have to be stupid not to. And he gives some fairly convincing reasons why the fart is the perfect joke: it comes out of your ass, it smells like poop because it’s been hanging out next to it all day long, and it announces itself with a toot noise when it comes out.

Of course, Louis CK wasn’t the first to realize the inherent comedic effect of farts. And since today is National Pass Gas Day, I thought it would be appropriate to recall one of the most epic acts of flatulent artistry. Over 150 years ago a group of anonymous Japanese artists created a 34-ft long scroll titled He-Gassen (屁合戦), literally: “Fart Battle.” 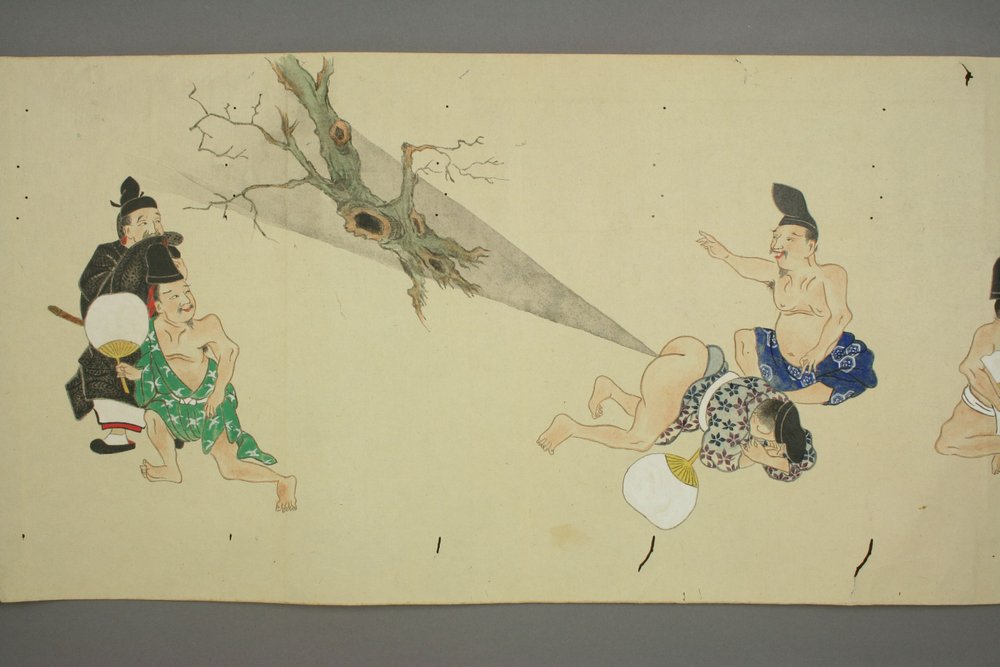 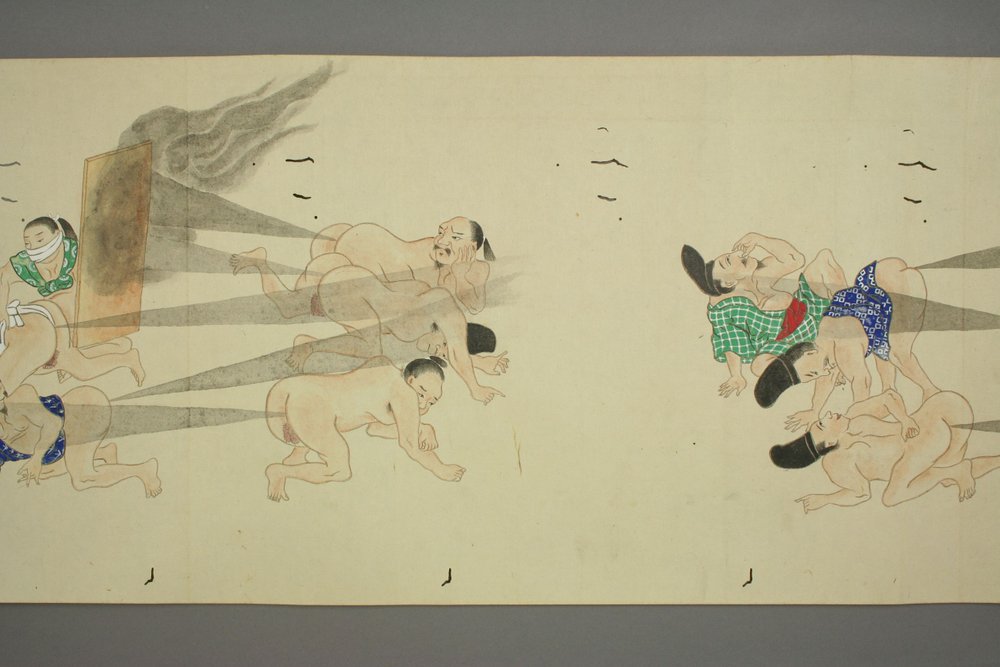 So why did these artists create this scroll? Some have argued that it’s a form of social commentary depicting anti-foreigner sentiment as Japan was beginning to emerge from isolation. Others feel we try to read too much into the art and that it was created simply because farts are funny. This scroll definitely isn’t alone in its sub-genre. There were many artists practicing Ukiyo-e – woodblock prints that emerged as a form of low-brow entertainment – who took up flatulence as a way to gain laughs. Several of these prints even resurface at auction houses every once in a while.

The scroll in its entirety was digitized by Waseda University and can be seen in hi-res format by accessing their database. 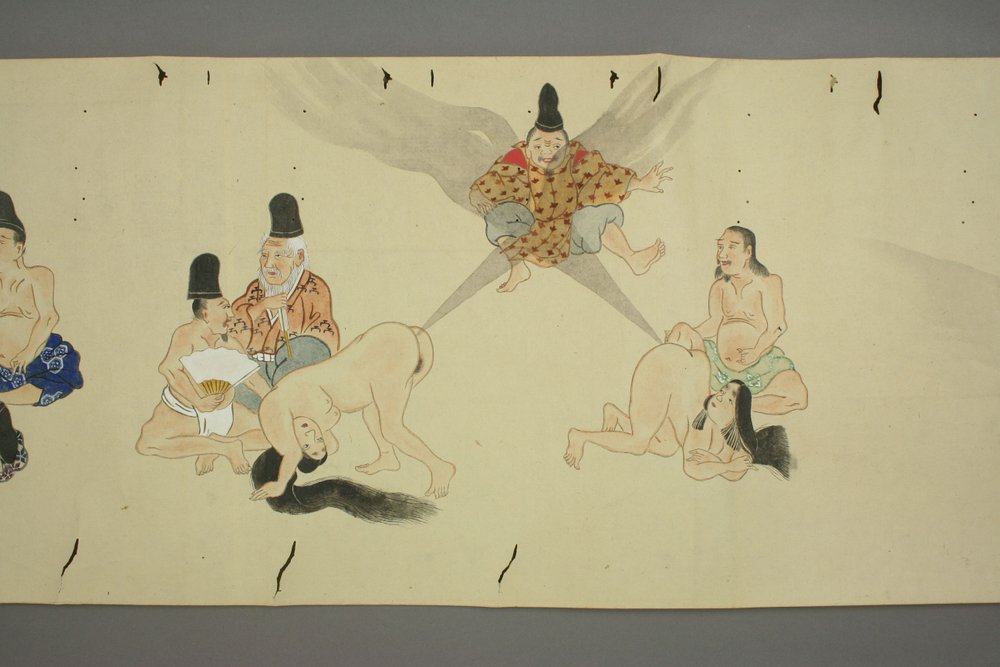 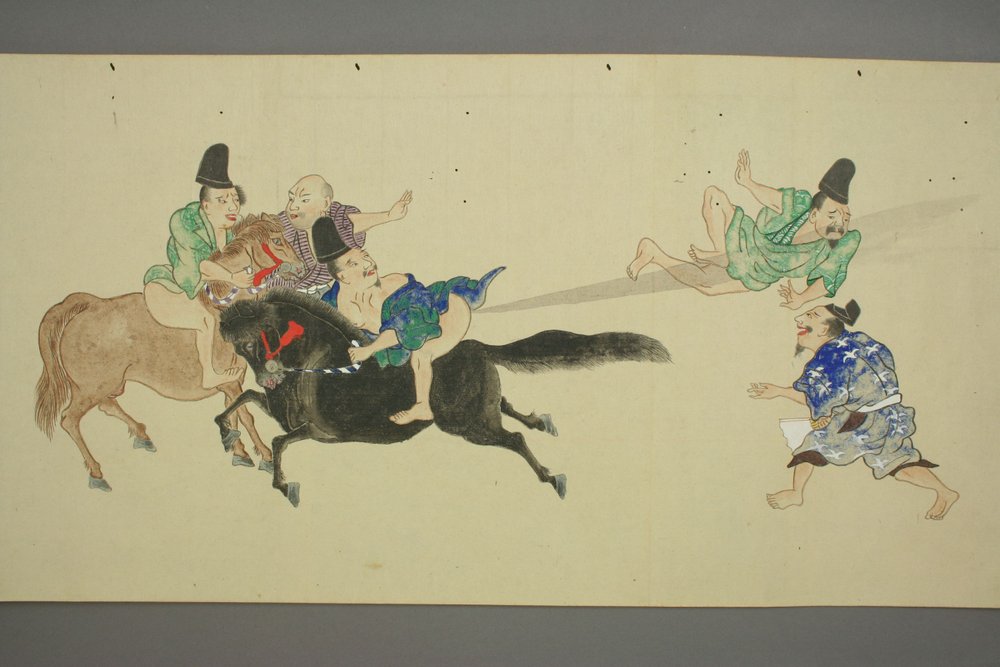 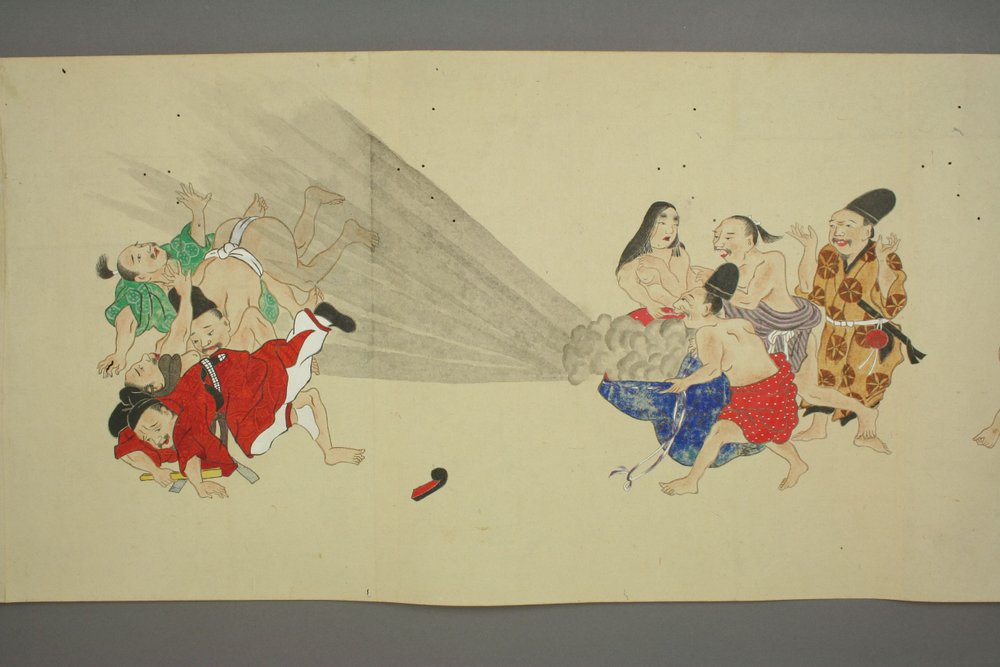 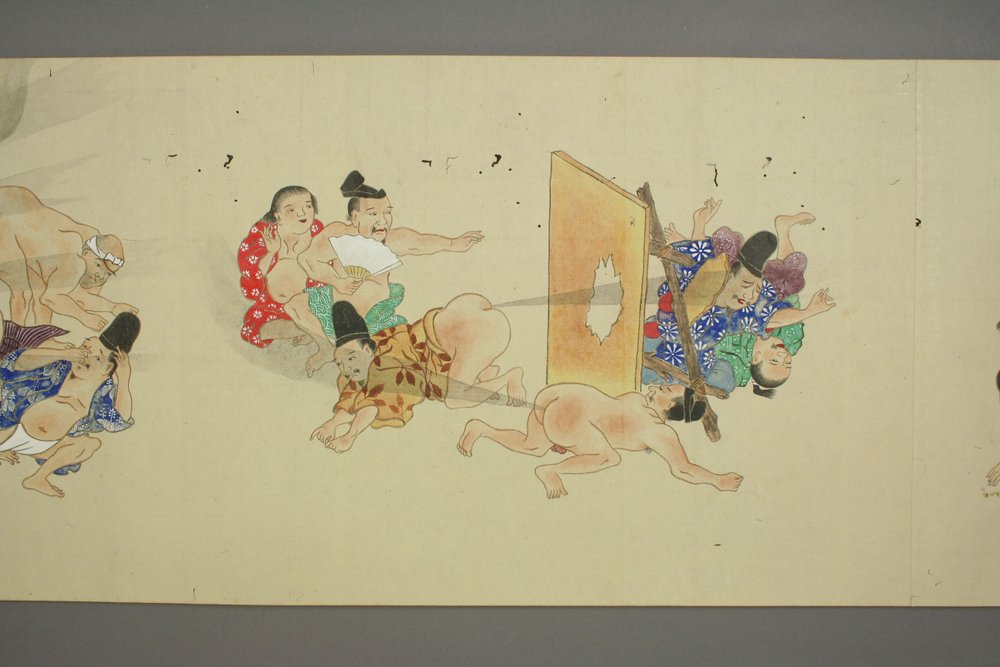 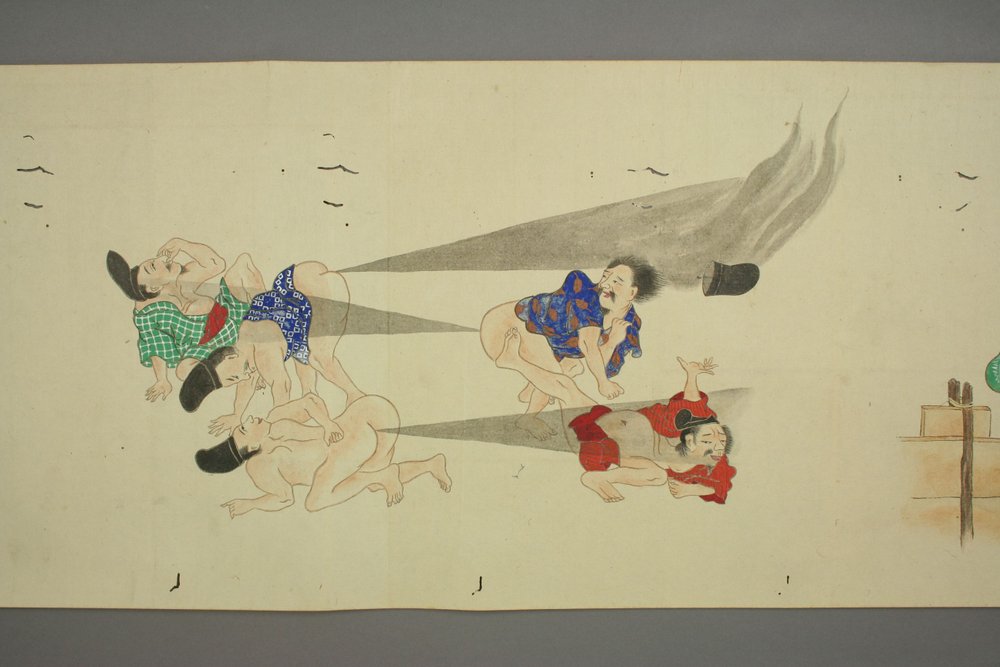 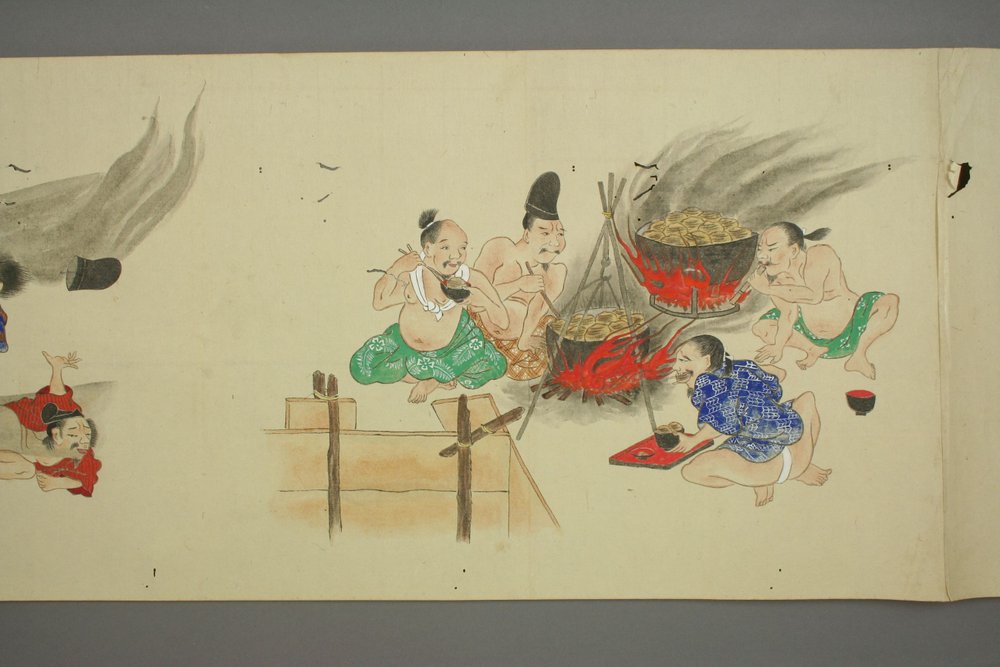 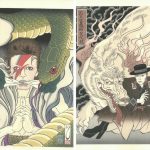 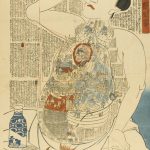 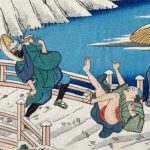