As if they were just waiting to hit that button, publishers across the internet ushered in 2015 with articles about Back To the Future II. And that’s because in the sequel to the sci-fi hit movie of the 80s Marty McFly and “Doc” Brown travel to the future; the future is now: 2015.

A majority of the publications seemed to focus on what the movie got wrong: we don’t have flying cars or hoverboards and our clothes don’t automatically dry themselves. However, one key scene that the movie totally nails, and got completely overlooked, was the scene in which Marty is fired by his Japanese boss, Fujitsu-san. As the writer James Hadfield pointed out, it was nothing short of clairvoyant foresight that, in 2015, the Japanese would still be using fax machines. “Read my fax,” yells Fujitsu-san. “You’re fired!” 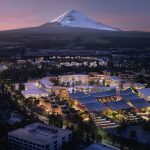