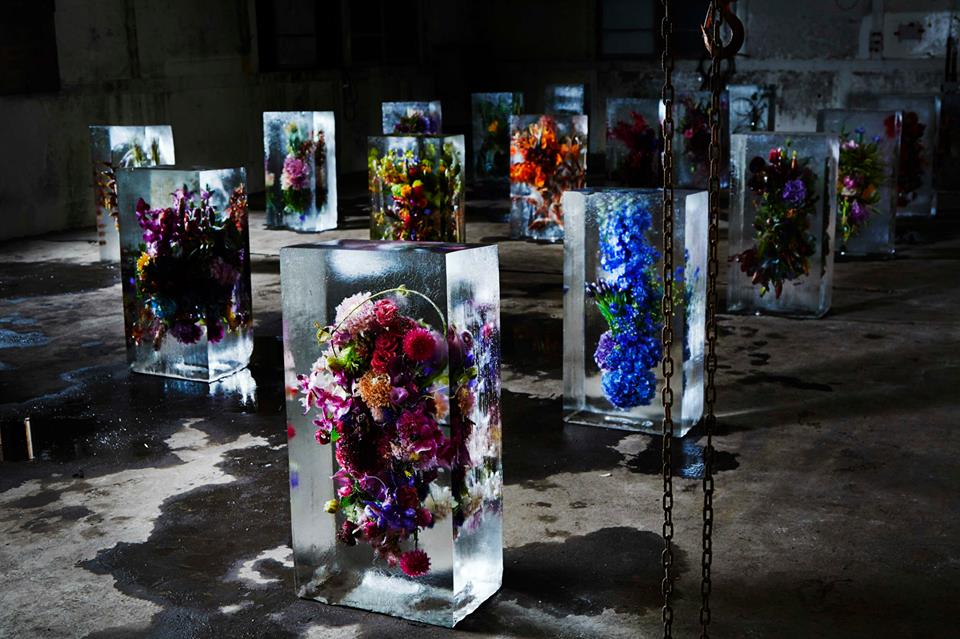 Over the weekend, a factory two hours North West of Tokyo, in a small town in Saitama, was converted into an art gallery. Botanical artist Azuma Makoto and his team were putting on an installation and, when they were done, 16 large blocks of ice stood, lined in columns of three on the concrete floors of the factory. It was like Stonehenge for the ice age. Within the shimmering blocks of ice were exotic flower bouquets, frozen in time. 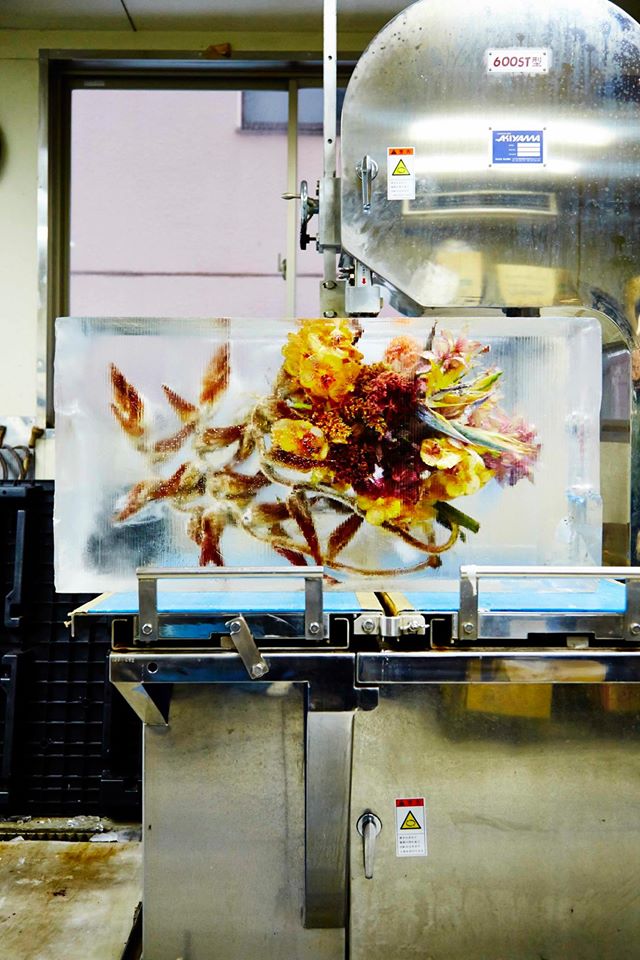 In recent years the perennial botanical artist Makoto Azuma has been interested in observing flower bouquets in unique settings, offering a perspective on the life and death of the plant that is often ignored in traditional flower arrangements. He’s suspended plants in midair using wires, stuffed flower petals into bottles and, most recently, even launched flower bouquets into space.

“Flowers will show unique expressions that they do not display in everyday life, by placed under such a different environment,” said Azuma, referring to his Iced Flowers installation. 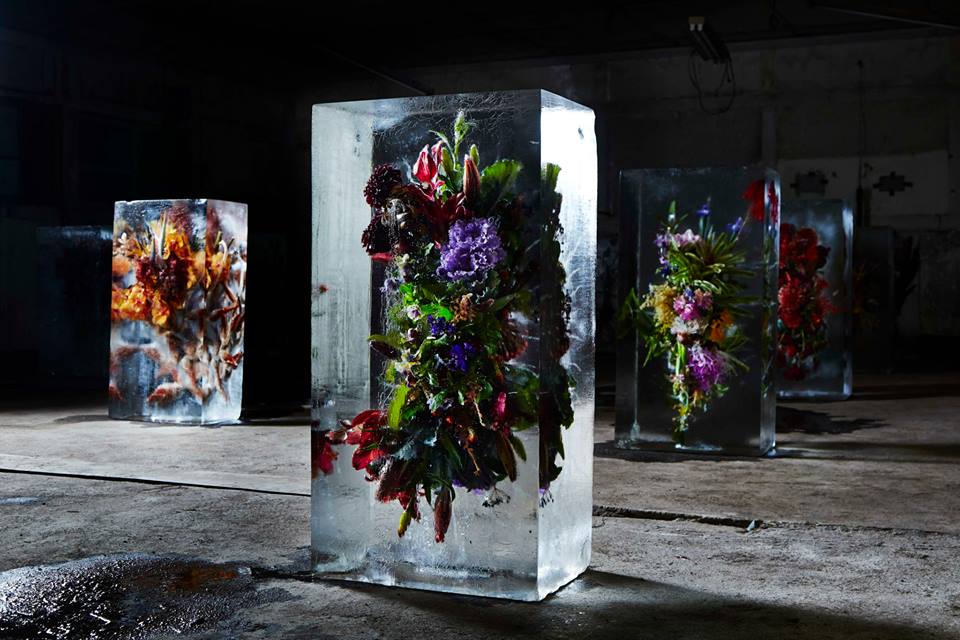 Perhaps it’s something about this time of year when the frigid weather has people thinking about ice. Last month we wrote about photographer Kenji Shibata’s new series depicting flowers in thawing ice. Shibata found poignant beauty in the way ice melts and the flowers, whose beauty could have been preserved, are tossed back into the merciless cycle of time. 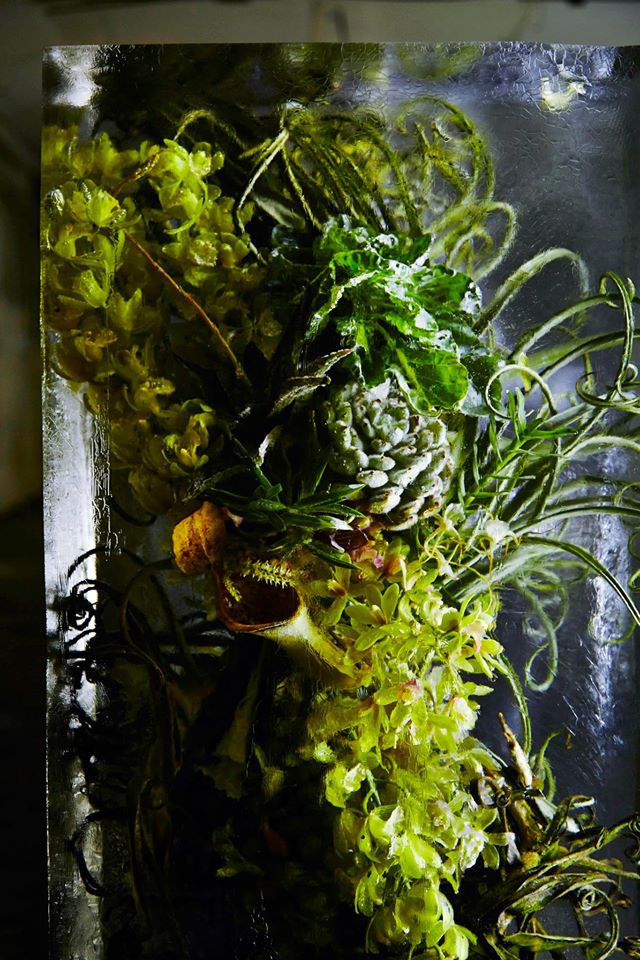 [Update] The artist posted a fascinating video that shows how they mystical cubes of ice were created: 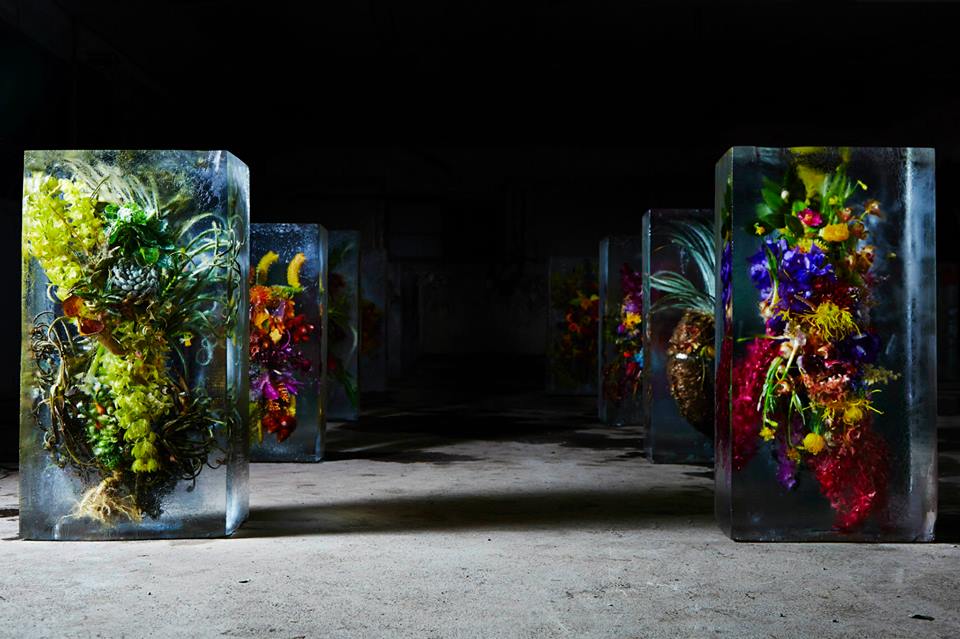 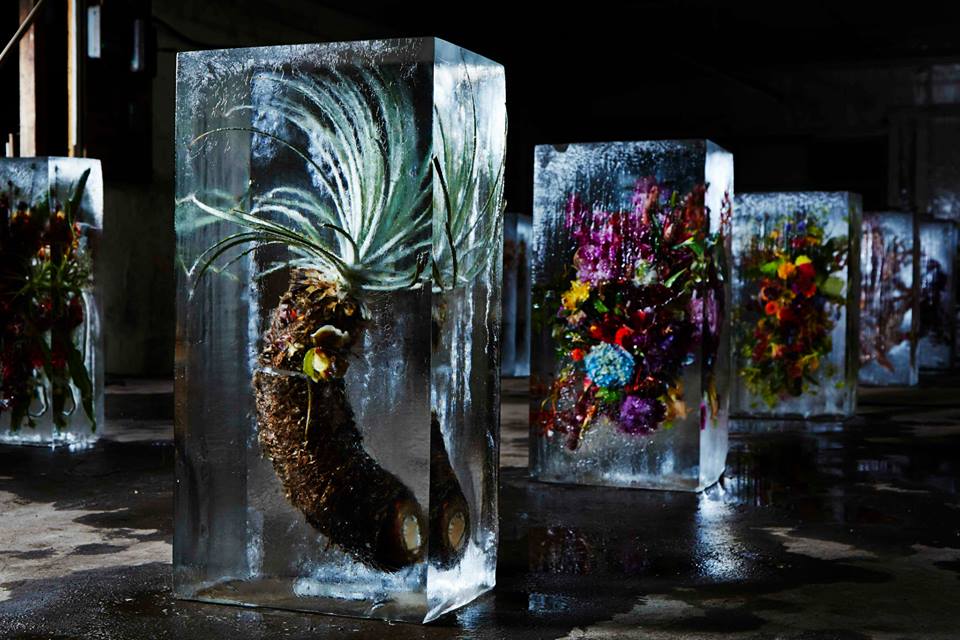 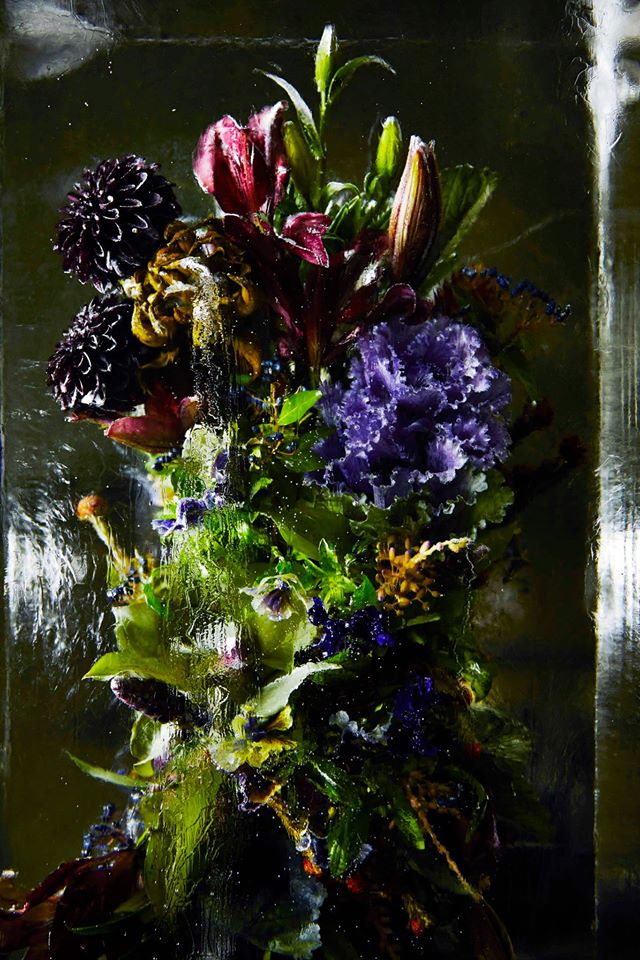 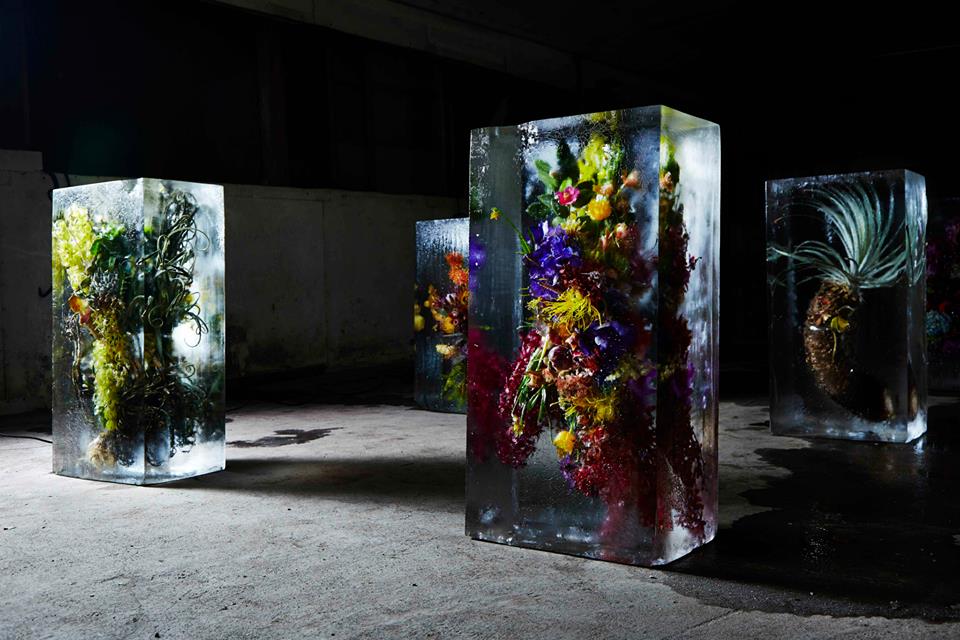 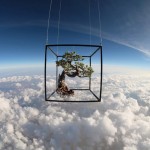 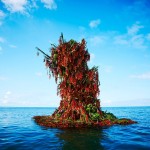 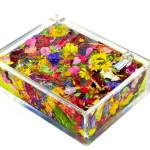