February 23, 2015 / Johnny / Comments Off on Boulanger Kaiti: an old Japanese home renovated into a bakery 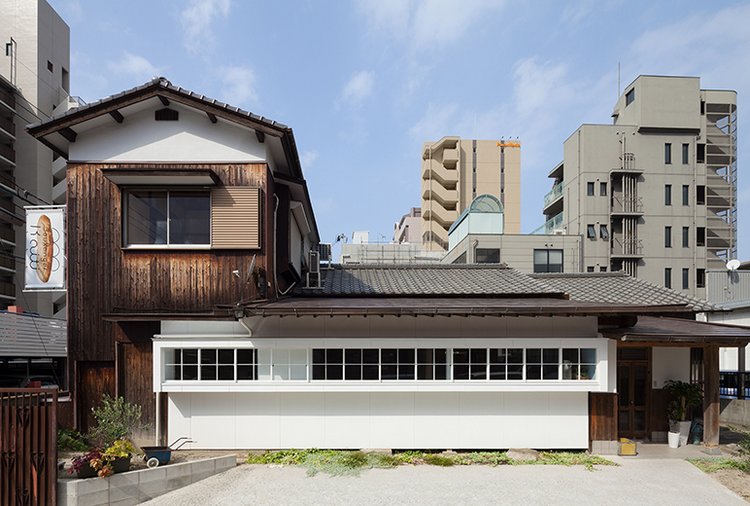 Architectural preservation is so rare to find in Japan that it warms my heart to see projects like this. When the owners of the Fukuoka-based bakery Pain de kaiti decided to open their 2nd shop they wanted to make it special. So they found an amazing, old Japanese Kominka, or traditional folk house, and decided to renovate it into a spectacular bakery. 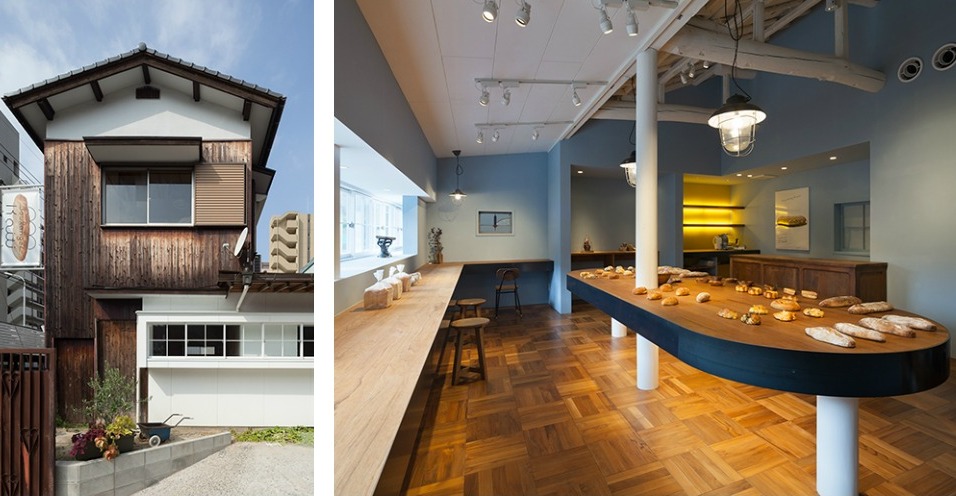 With the helpful, architectural hand of Movedesign, last summer the bakers successfully opened Boulanger Kaiti (“Boulanger” is a French surname equivalent to the English “Baker”). The new bakery, which specializes in hard breads, is located about 1 mile north of its older sister and nestled away in a residential area right behind Fukuoka’s Daiichi University.

Miraculously, the old home’s exterior was largely left untouched. The only exception is a single façade that had been painted white in order to create a segue between the old wood and new wood of the exterior and interior, respectively. And the large window affords a sneak peak that – if the smells and aromas aren’t enough – will get you into the shop. 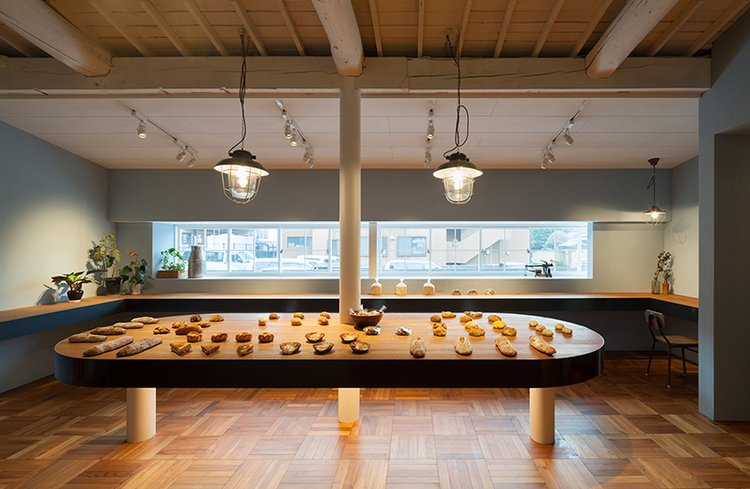 Move inside and you’ll find a large room with a single, large table as the focal point and display case for the bakery’s creations. Customers can take a tray and walk around the table until they’ve decided on their loaf. 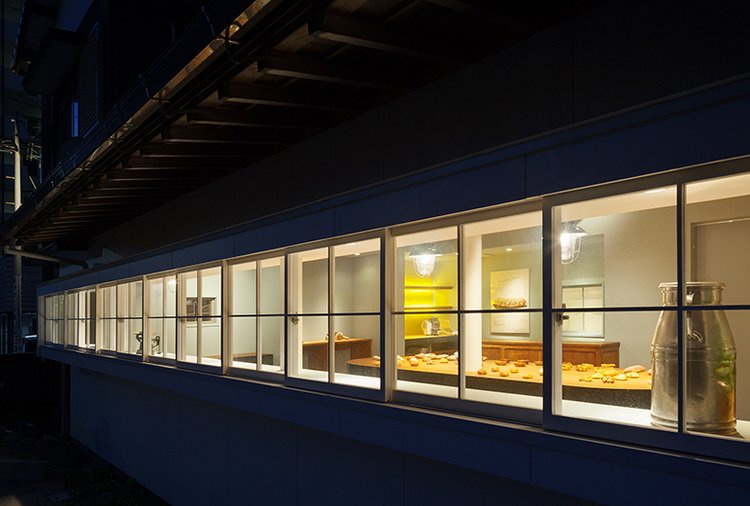 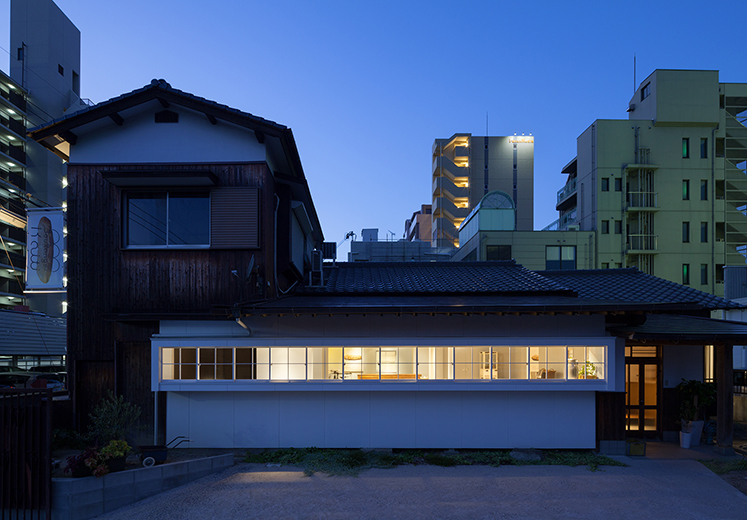 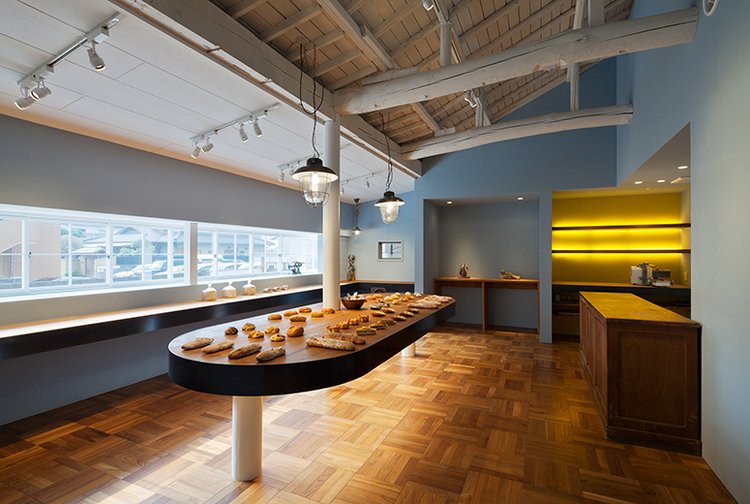 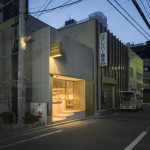 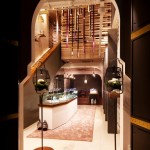 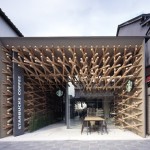 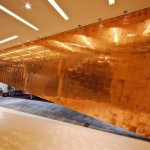