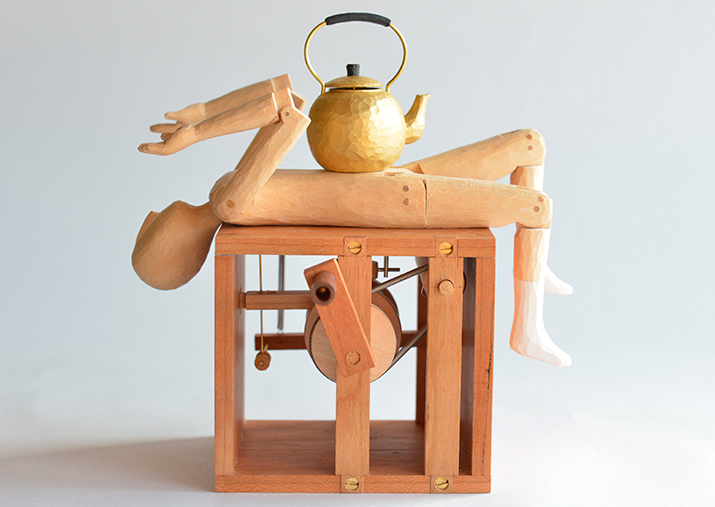 “Laugh Out Loud” is one of many automata created by Kazuaki Harada. It features a naked person (wearing only socks) boiling a teapot on his/her belly.

In case you’re like me and are wondering what exactly is an automaton, it’s a self-operating machine that dates back to the Hellenistic period of Greece. It’s one of the earliest forms of mechanical engineering and a prime example is the cuckoo clock. The devices relay on hydraulics, pneumatics, mechanics and a whole bunch of gears. In other words, they were the first analog computers.

Kazuaki Harada is a contemporary Japanese woodworker who creates whimsical wooden automata that perform all sorts of stunts simply by the turn of a handle. The devices are playful, silly and sometimes nonsensical. But they’re sure to make you chuckle.

Harada began making automata in 2002. For a year he studied under Matt Smith, an England-based artist and master automata-maker. Currently based in Yamaguchi, Japan he sells some of his creations in his shop and also maintains an instagram account where he posts various automata that he’s collected (sadly, without animation). 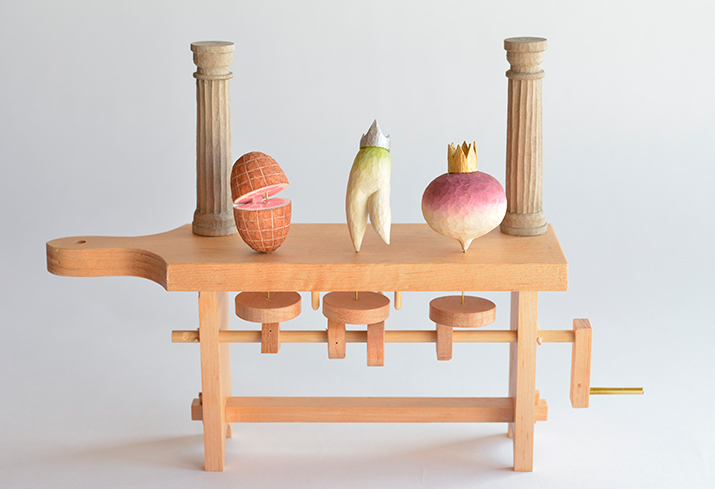 An unskilled actor is often called “ham actor” in England, “turnip actor” in France and “Japanese radish actor” in Japan. This HAMLET is performed by the dream team of poor actors. 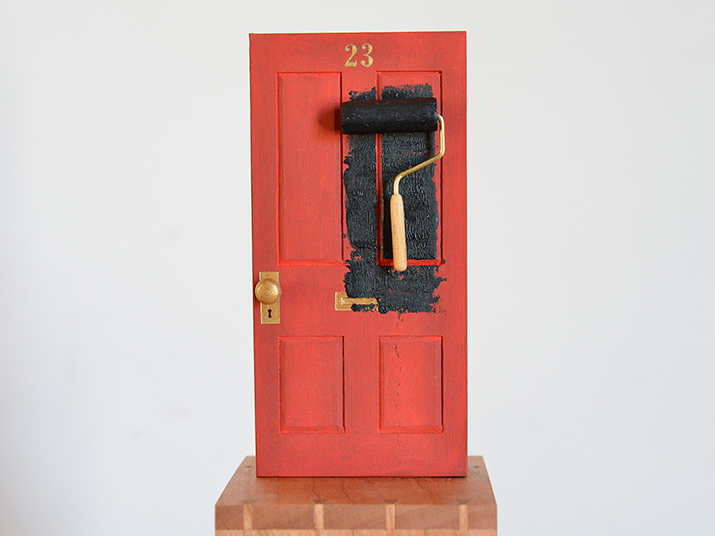 this simple automaton is called “Paint It Black” 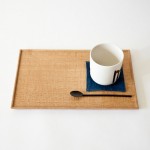