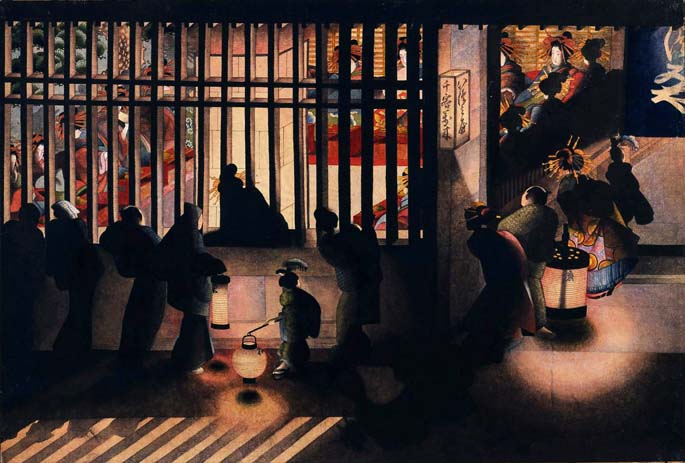 “Night Scene in the Yoshiwara” by Katsushika Oei. The interplay of light and shadow is a distinct style rare in woodblock prints

If you’re familiar with the name Katsushika Hokusai, you probably also know that he was one of the most celebrated artists of the Edo Period in Japan. He created woodblock prints of Mount Fuji that, to this day, remain iconic imagery of Japan. Hokusai’s name lives on through both commercial and artistic appropriation. But there’s one part of this narrative that’s often omitted from history: Hokusai had a daughter, Oei Katsushika, who was an accomplished artist in her own right. 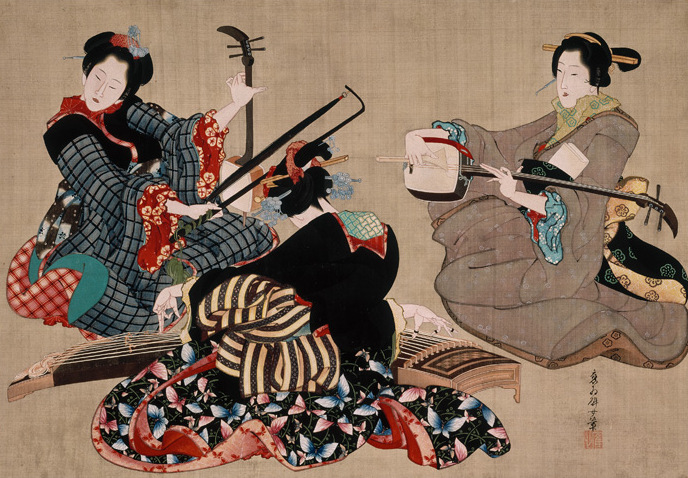 “Three Women Playing Musical Instruments” by Katsushika Oei. Bold, beautiful colors make the print stand out, but the uncommon depiction of a figure with their back facing the viewer makes this print special.

Although the exact dates of when she lived is unknown, she was thought to have been born around 1800. As legend has it, her peculiar name was derived from おい (Japanese for, “hey, you”), which is what her father called her.

Oei established herself as an artist outside her father’s influence. But later in her life she divorced her husband and went to assist her father in his old age after he developed palsy. Only about 10 actual works have been attributed to Oei, but considering Katsushika Hokusai created some of his most famous and brilliant works towards the end of his life – “The Great Wave off Kanagawa” was published less than 10 years before his death at age 88 – it seems reasonable to wonder just how much of the work was created by Oei.

And rather than start her own school after her father’s death Oi curiously seems to disappear from public record. 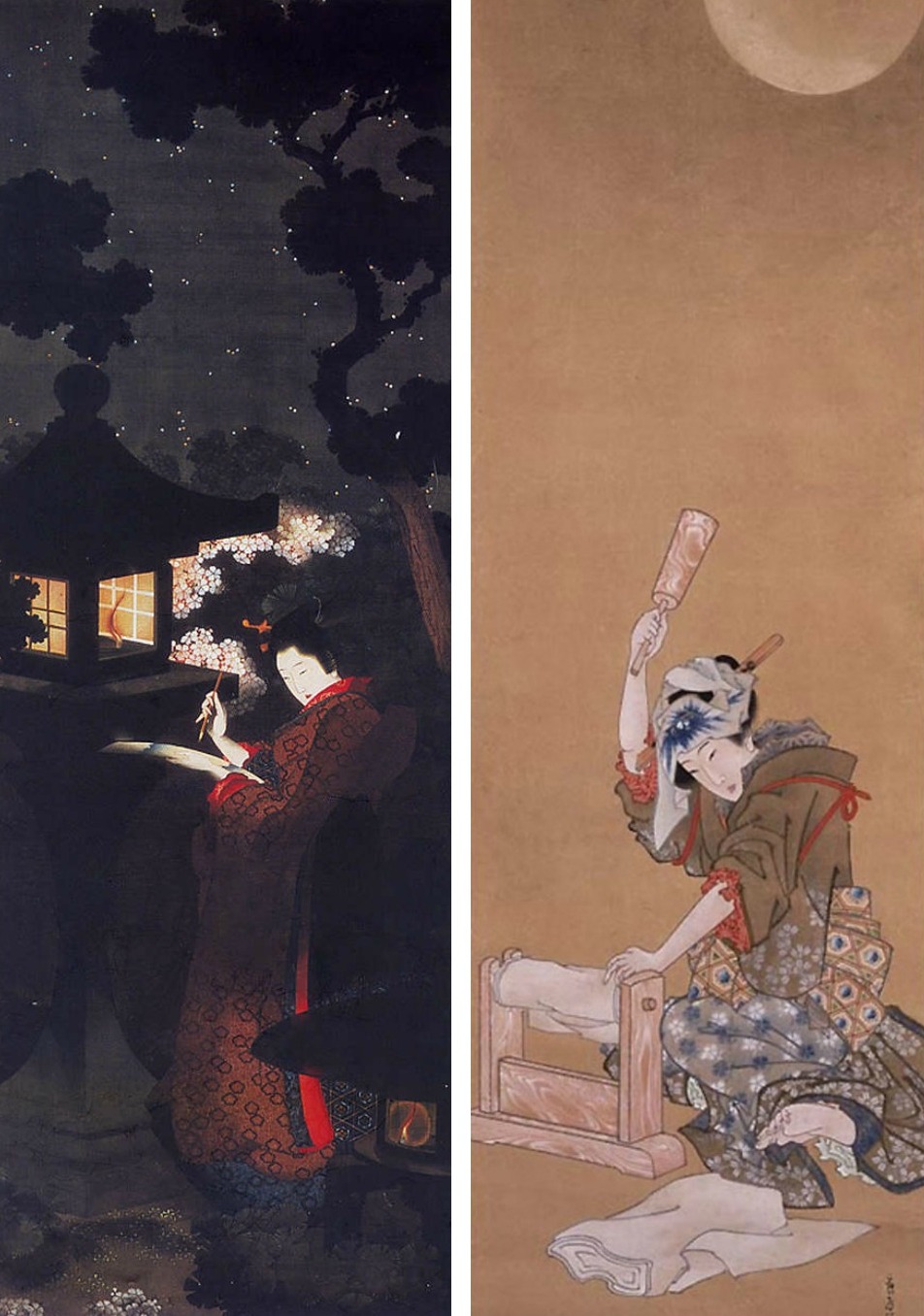 left: “Cherry Blossom in the Night” | right: “Beauty Fulling Cloth in the Moonlight” both by Katsushika Oei

We, of course, aren’t the first to have been intrigued by the allure of an unknown artist, especially the daughter of such prolificness. Katherine Govier authored “The Printmaker’s Daughter” on this exact subject back in 2011 writing, in the afterword, “How is it that a woman known by her peers to be ‘an excellent painter,’ as good as or better than her very famous ‘old man’ . . . can disappear from the record?”

We reached out to Govier as we were curious as to what it was like researching the mysterious character for her novel:

Strange mission, looking for a woman painter whose name meant “Hey, you!”, who almost never signed her work, was briefly famous, and then disappeared—one hundred and fifty years ago. Another country, another language, another century.

After spending several weeks in Japan, speaking with researchers, art historians and specialists Govier finally comes in contact with what will be the closest she has gotten to Oei: a letter, written in her hand around 1843. “He reads it to the translator who repeats it in English. And then her voice comes out of the silence, over that long, long distance: ‘We have never met,’ she says, ‘but I trust that you are well…’ ” 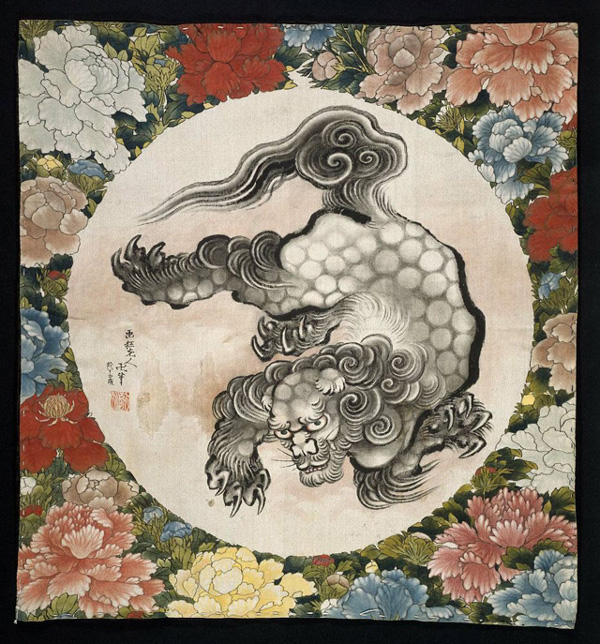 one of the only prints that is verified to be a father-daughter collaboration: Oei did the floral pattern while Katsushika did the lion in the center.

House For All: A Wooden Indoor Playground For Kids in Soma City