March 13, 2015 / Johnny / Comments Off on The Science of Cuteness: How To Make Hello Kitty Appeal to Different Audiences 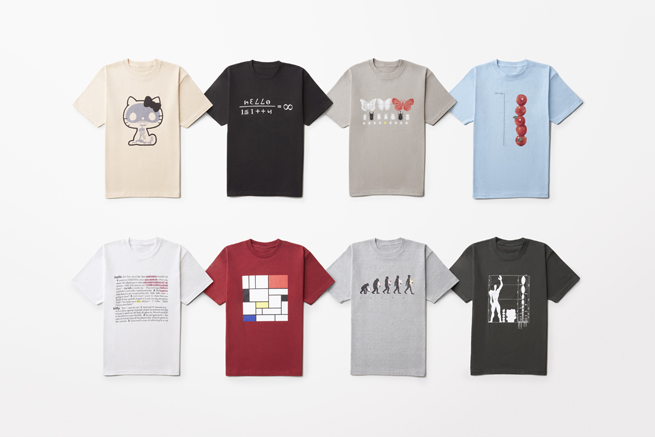 Ever since Hello Kitty took her first faltering steps in 1974, she has been the reigning cute superpower. And it’s no coincidence either. Hello Kitty and her large head, small nose, ribbon and look of helplessness has been engineered to trigger certain maternal impulses in our brain that makes us want to cuddle with it; even look after it.

“HELLO KITTY is a character that has many elements that ‘stimulates the right brain’ to naturally induce the feeling of ‘cuteness’ ” says Nendo, who was tasked with rethinking the adorable feline as a series of t-shirts to appeal to male audiences as well. 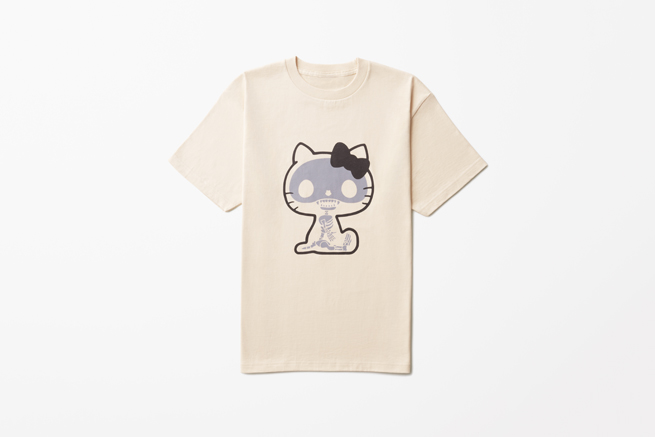 Males have more blood flow to the left side of the brain while females have more blood flow to the right, hence the designation “male brain” (left) and “female brain” (right), says Dr. Stephen Bavolek (PPT file). By rethinking Hello Kitty in more left brain-specific imagery, Nendo has attempted to broaden the reach of the iconic cat. Themes like mathematics, architecture and biology – logical, linear concepts that tend to be associated with the left brain – were incorporated into the t-shirt designs. 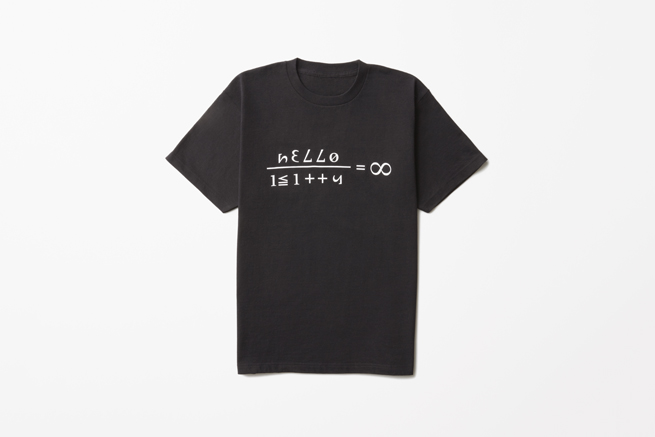 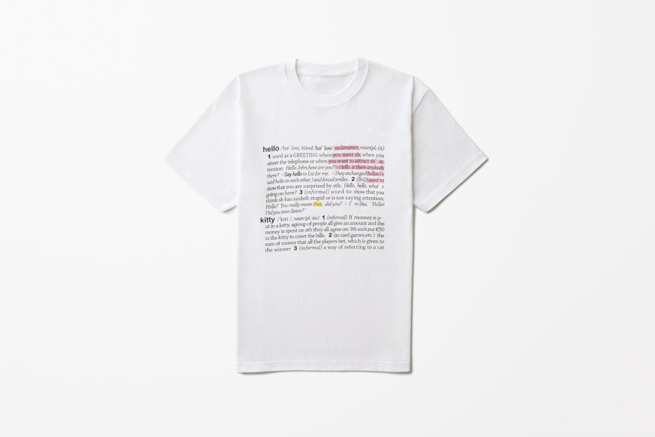 Dictionary Kitty: The design features dictionary extracts with the definitions of “hello” and “kitty”, highlighted in pink and yellow to represent Kitty’s ribbon and nose respectively. 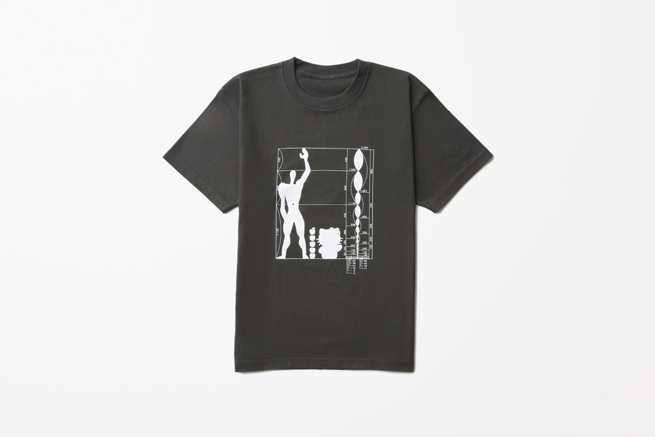 Architecture Kitty: Based on the sketches of Le Corbusier, known for his anthropometric “Modulor” system of proportions when designing architectural spaces, the “Kitty Modulor” design was made, featuring Kitty raising her right arm and, next to her, 5 apples to mark her height (Kitty is 5 apples tall). The resulting image appears as if the two figures are saying “hello!”. 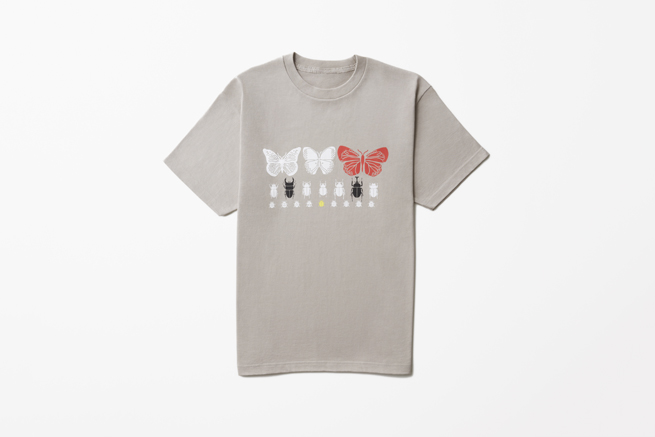 Biology Kitty: The graphic uses insect specimens to form Kitty’s face, which emerges if one looks from a distance. The red butterfly represents her ribbon, the black Japanese rhinoceros beetle and the stag beetle her eyes, and the scarabaeid beetle her nose. 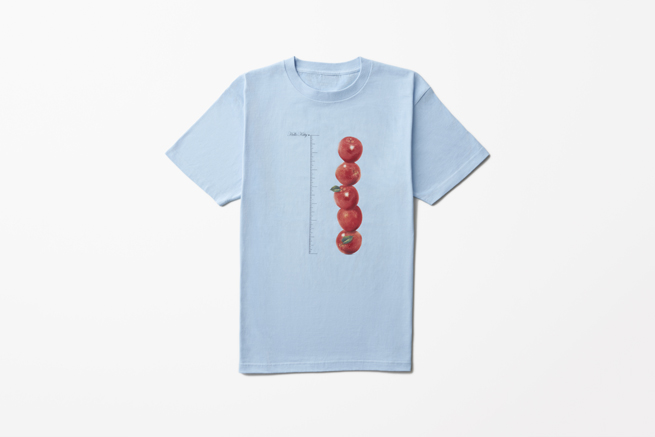 Physics Kitty: The design serves as a reference for Kitty’s height as equal to 5 apples, which are placed next to a scale. 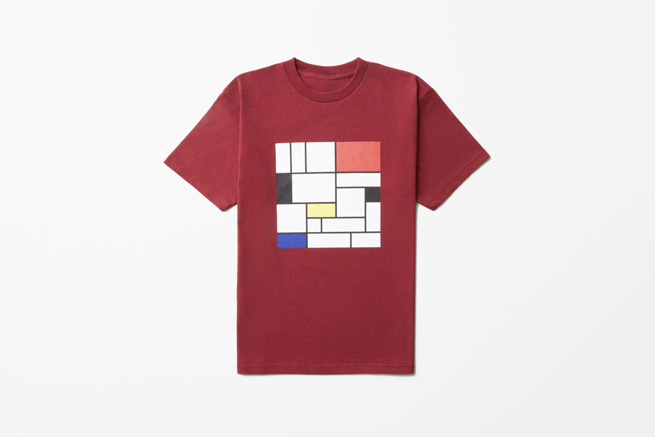 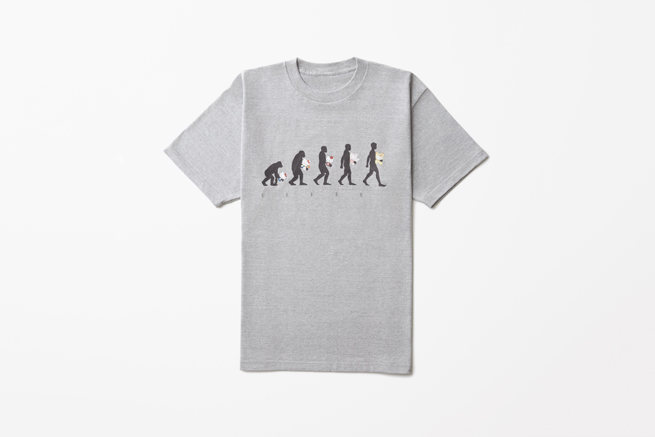 Evolution Kitty: Since her debut in 1974, Hello Kitty has been subtly evolving through the years, incorporating design trends concerning her contours, three-dimensionality and facial features. The design draws attention to Kitty’s continuous evolution, by superimposing her on the classic illustration depicting human evolution. 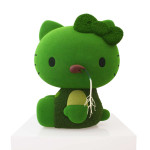 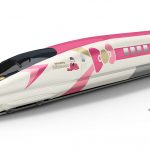 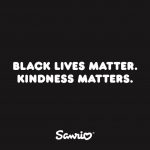