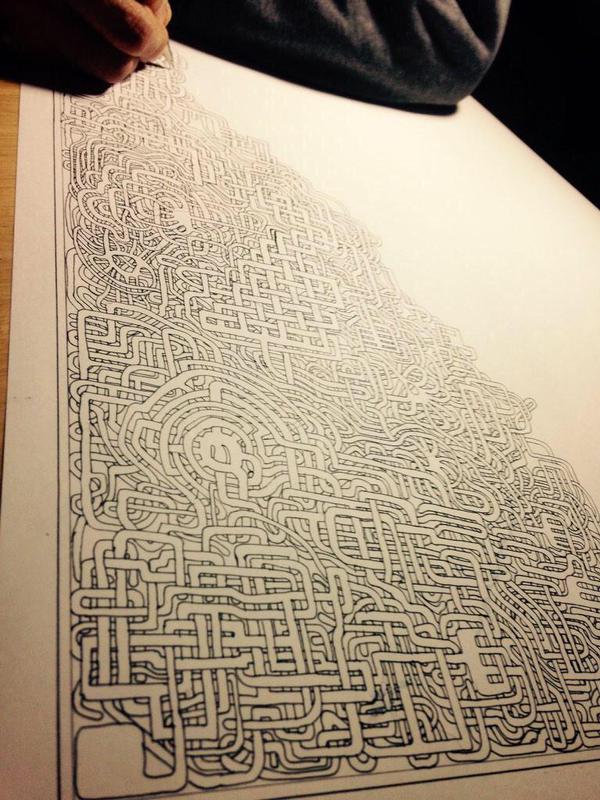 By now you may know the story: Kazuo Nomura toiled away as a janitor during the day. At night he would come home and work on his passion: a large, incredibly detailed maze. After spending 7 years the creation was finally completed in 1983, at which point it was rolled up and stashed away in an attic where it was forgotten about. But when his daughter unearthed it two years ago and posted it to twitter, Mr. Nomura’s creation was pulled out into the spotlight. 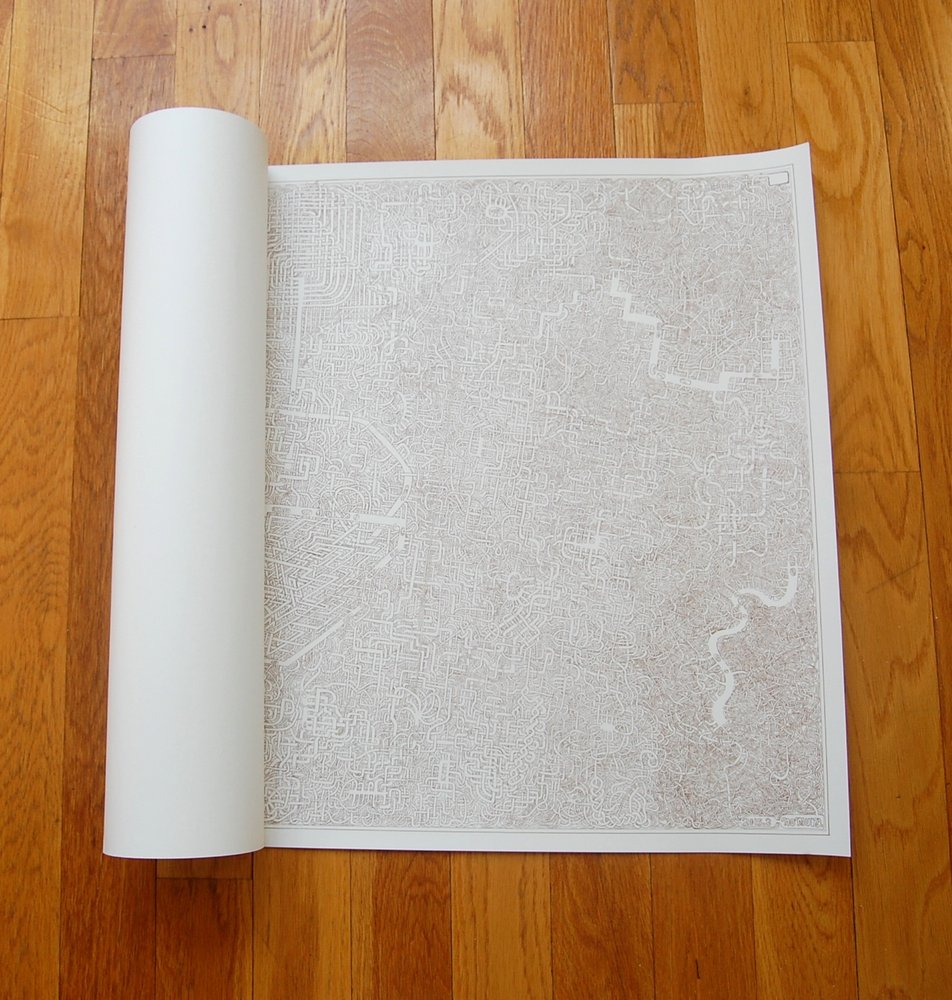 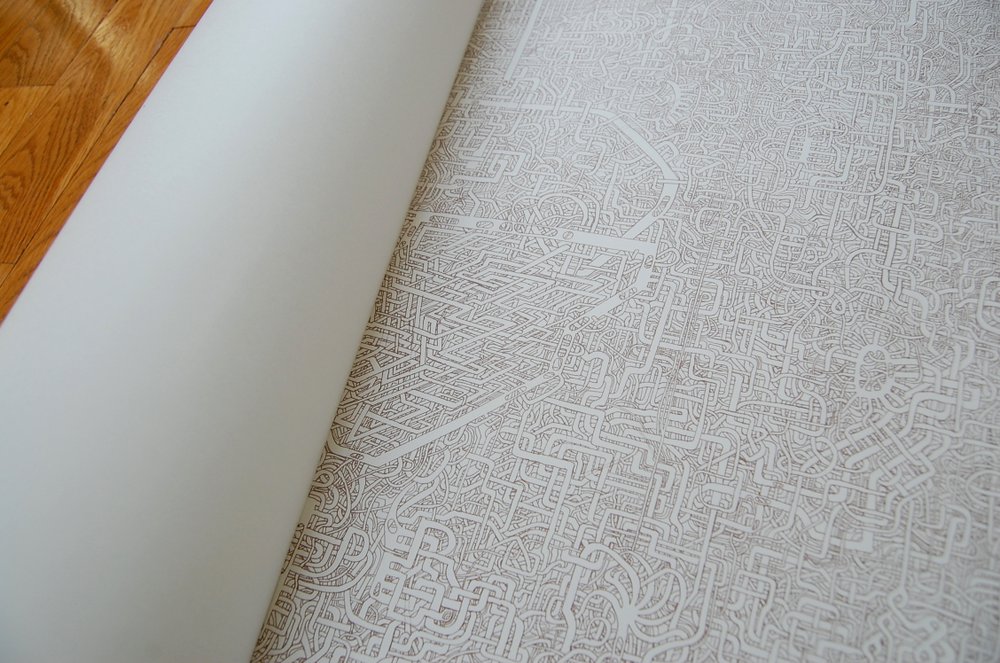 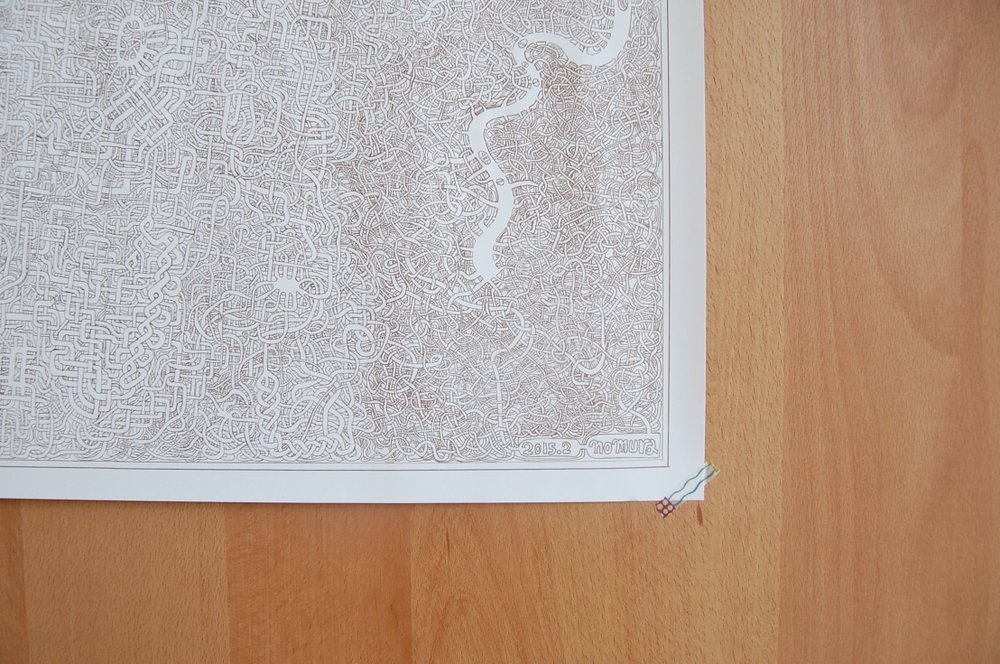 When his daughter asked him if he would create a 2nd maze his answer was quick and succinct. “No,” he responded. “I’ve had enough of mazes.” But late last year she posted this to twitter: “After 32 years Papa has begun drawing a maze again. He says he wants to make it easier to solve, and more beautiful. #ashisdaughterimlookingforwardtoitscompletion #isthisgoingtotakeanother7years” (translated from Japanese to English by author)

Working in a similar fashion – drawing small portions each day – it took Mr. Nomura about 2 months to complete his new maze. And in our humble opinion, we think it’s actually just as beautiful, if not more. It’s not quite as dense and the crisper lines make it easier to perceive the interesting patterns that the maze forms. It’s stunning in graphic quality but it’s also a functioning solvable maze, just like its predecessor. Say hello to Papa’s Maze 2.0. It’s available as a print for $30. 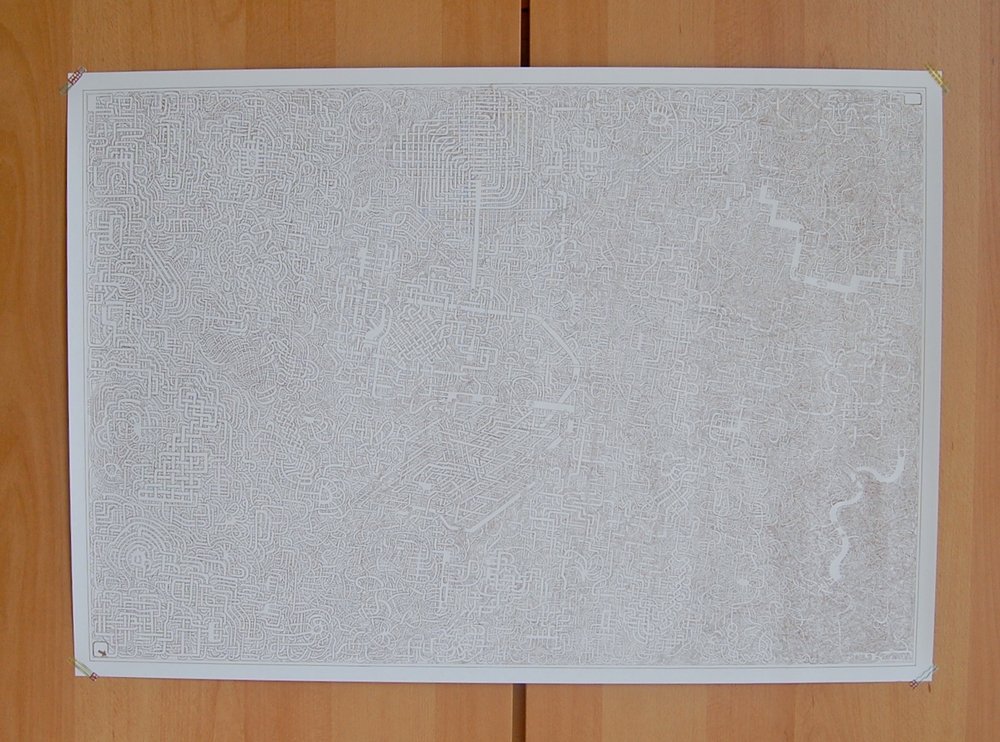 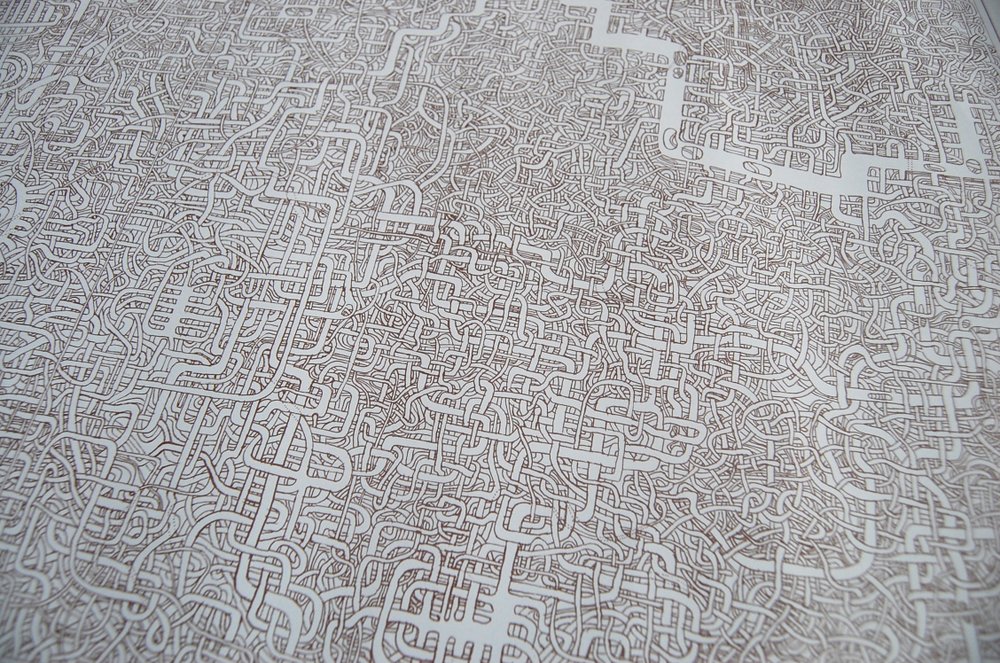 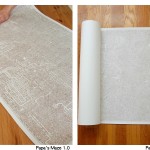 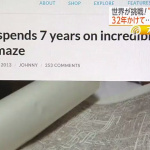 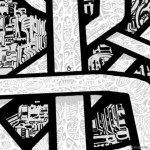