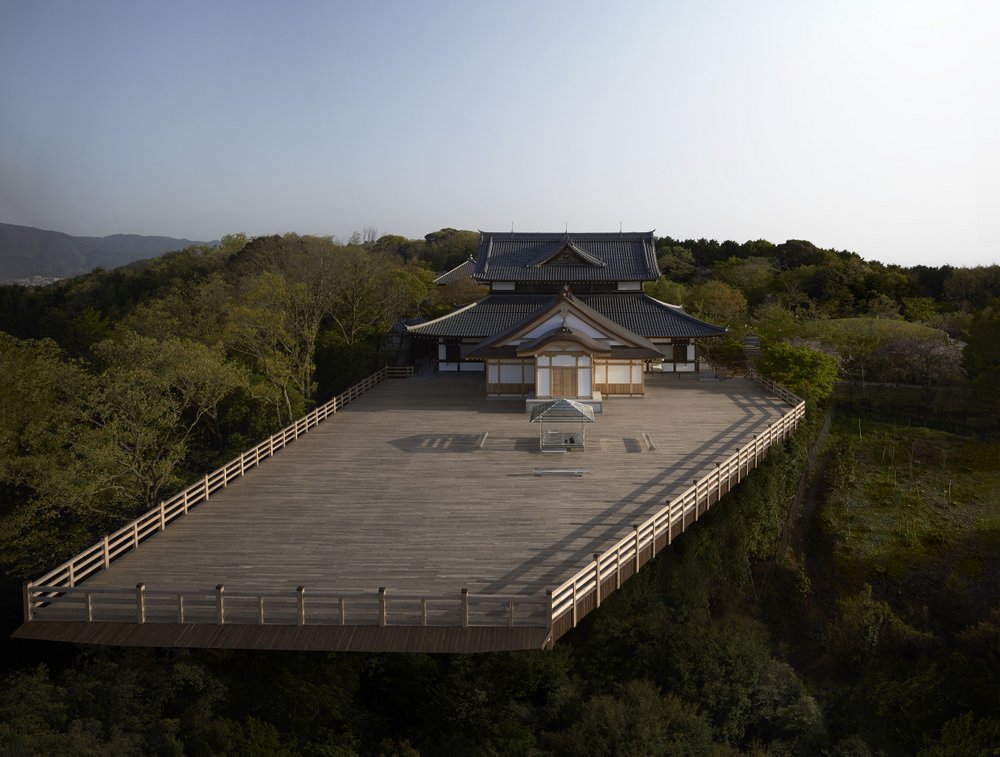 The teahouse plays a central role in the Japanese tea ceremony. It is to cha-no-yu, as it is referred to in Japanese, what a museum is to art. The tea house is typically a minimal space, meant to heighten the significance of the ceremony. It usually consists of a small space with no furniture, small windows to allow natural light in, and an object of nature, typically flowers, to emphasize the passage of time. 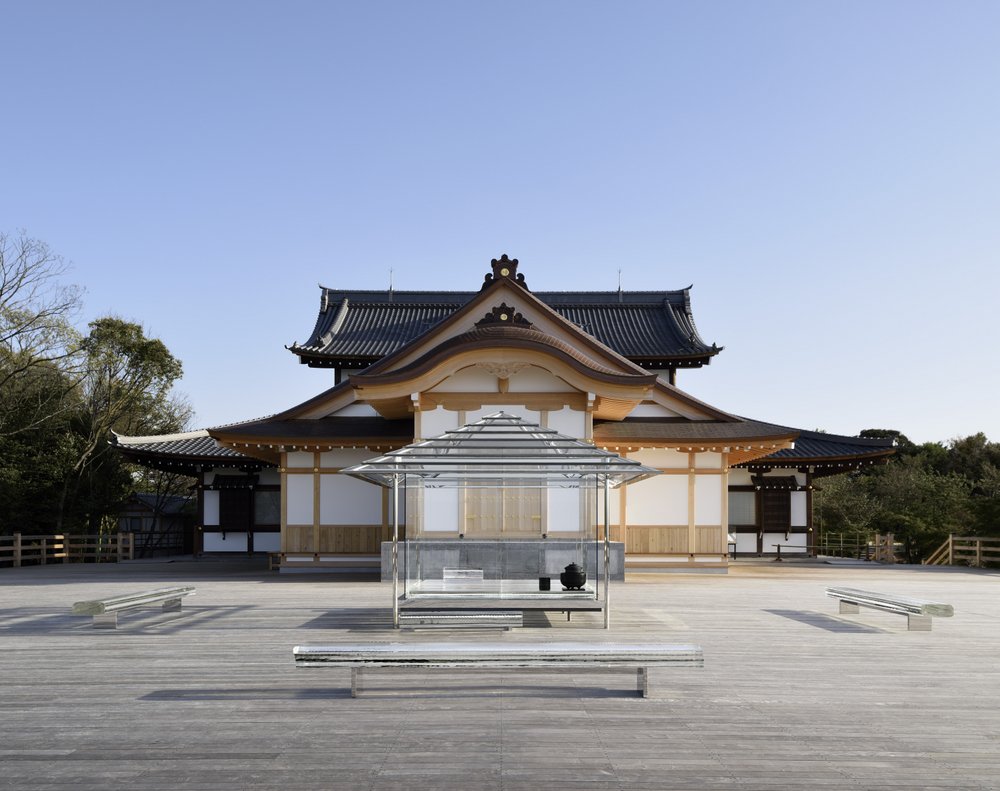 In what is the culmination of a 13-year project, Japanese designer Tokujin Yoshioka has installed his Kou-An (光庵) on a large wooden deck that’s part of the Shorenin Temple in Kyoto. Made from transparent glass, Yoshioka has replaced the flower display with an intangible yet visible rainbow that can be “caught” in your hands. 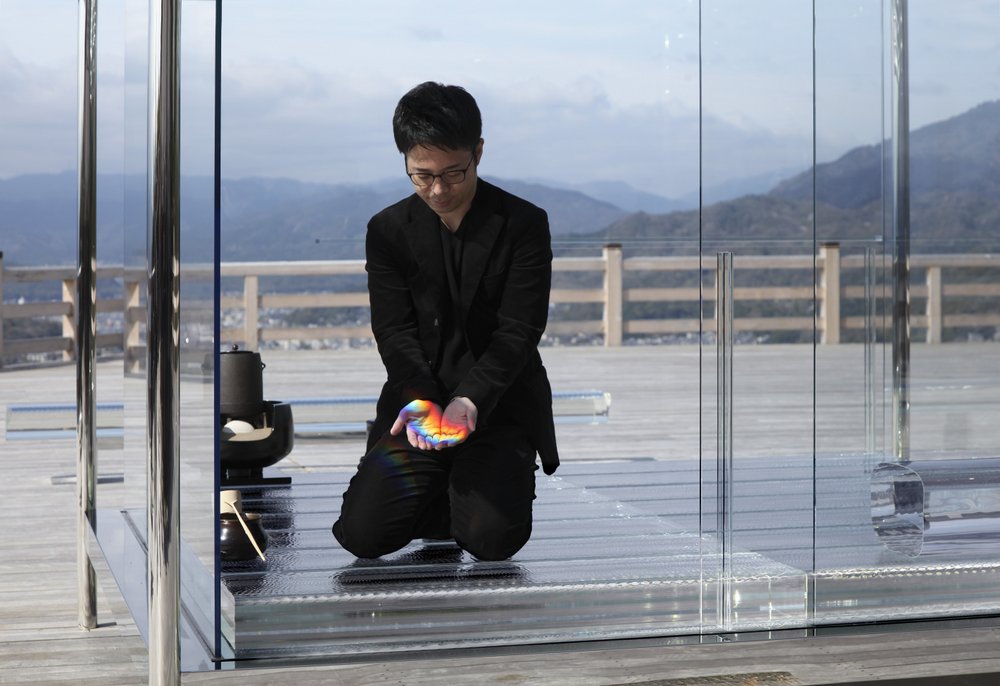 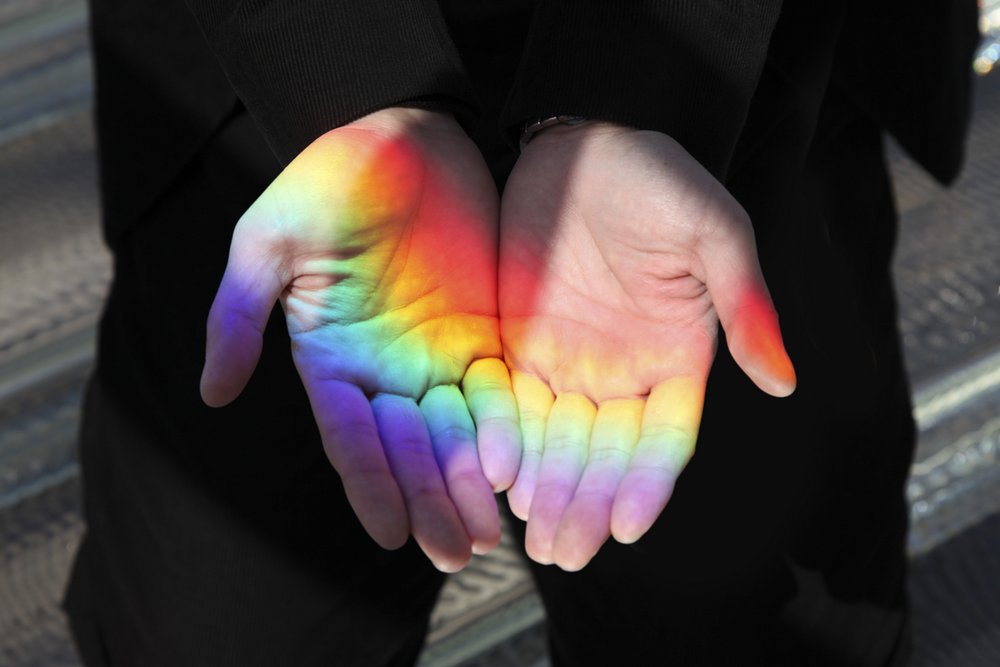 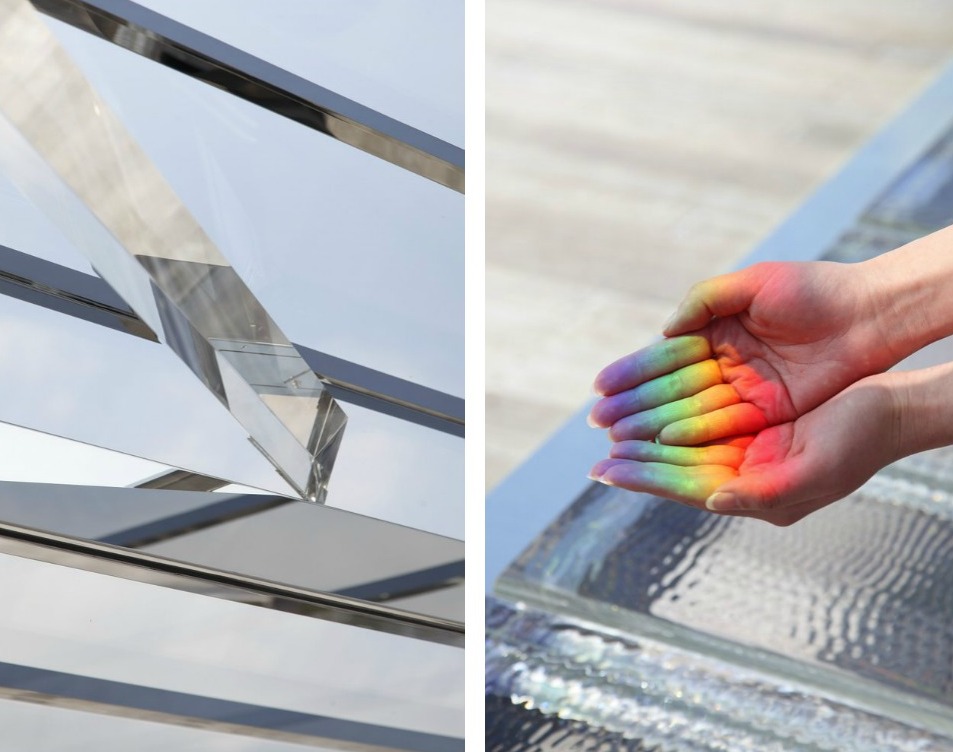 But don’t brush this off as just another modern interpretation of tradition. It’s a project that traces the origin of culture, specific to Japan. “What I consider the most important,” says Yoshioka, “is to design the time created along with nature.”

The floor of the teahouse is made of a mass of glass that replicates the sparkle and texture of water ripples. And at a certain time in the afternoon sunlight passes through the prism roof and the teahouse is decorated with rainbows or, in Yoshioka’s words, “a flower of light.” 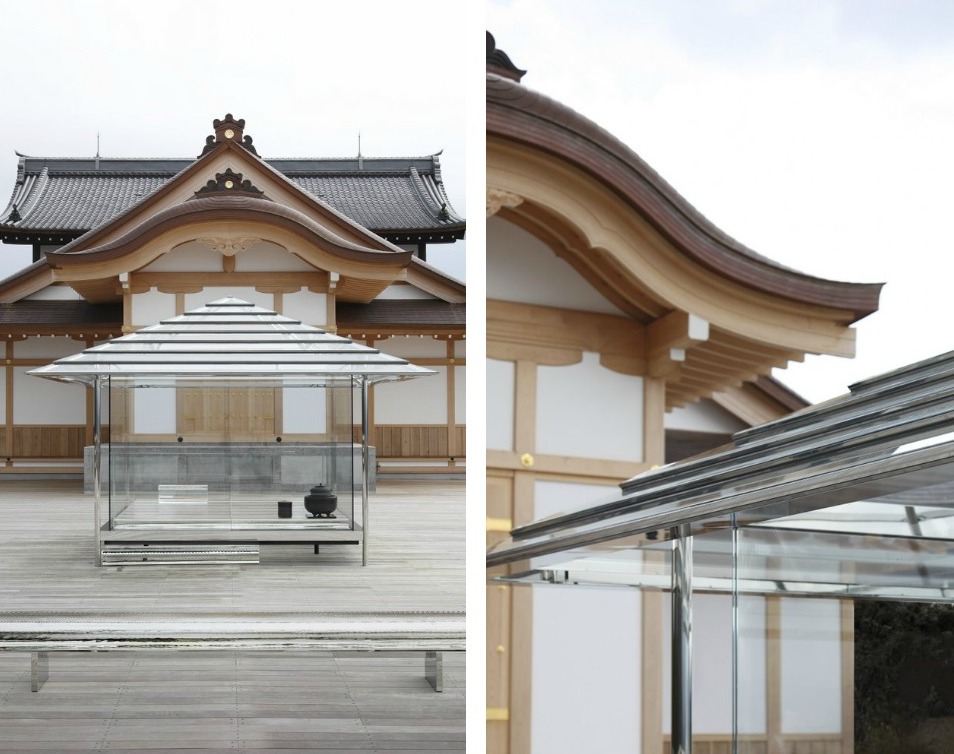 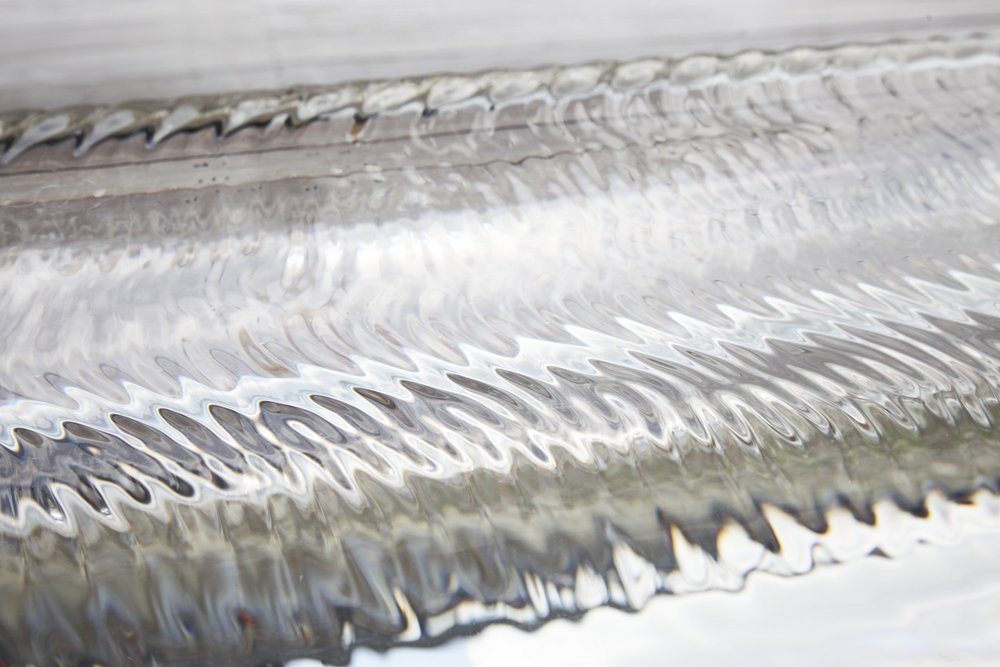 Being a sought-after designer, Tokujin Yoshioka has traveled the world for the past several years and at each site he has “been considering where can be the right place for the venue of Kou-An.” In choosing his current site, a temple rather than a garden, Yoshioka placed a lot of weight on the site’s historical significance and mysticism.

In 794 a Japanese emperor visited the site and was so inspired that it convinced him that Kyoto would be the right place for the country’s capital. In a sense, it can be argued that this site is where Kyoto, and in turn, various Japanese traditions, originated. “I have determined to transmit the concept of this project to the world, starting out from such a symbolic and historical city in Japan,” says Yoshioka. 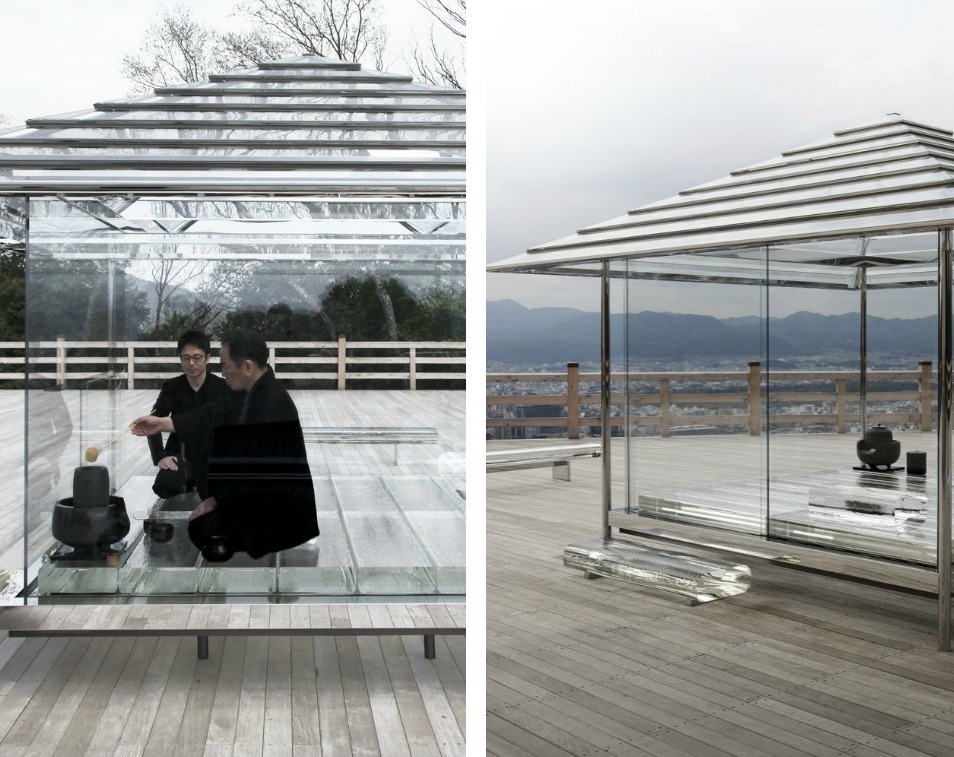 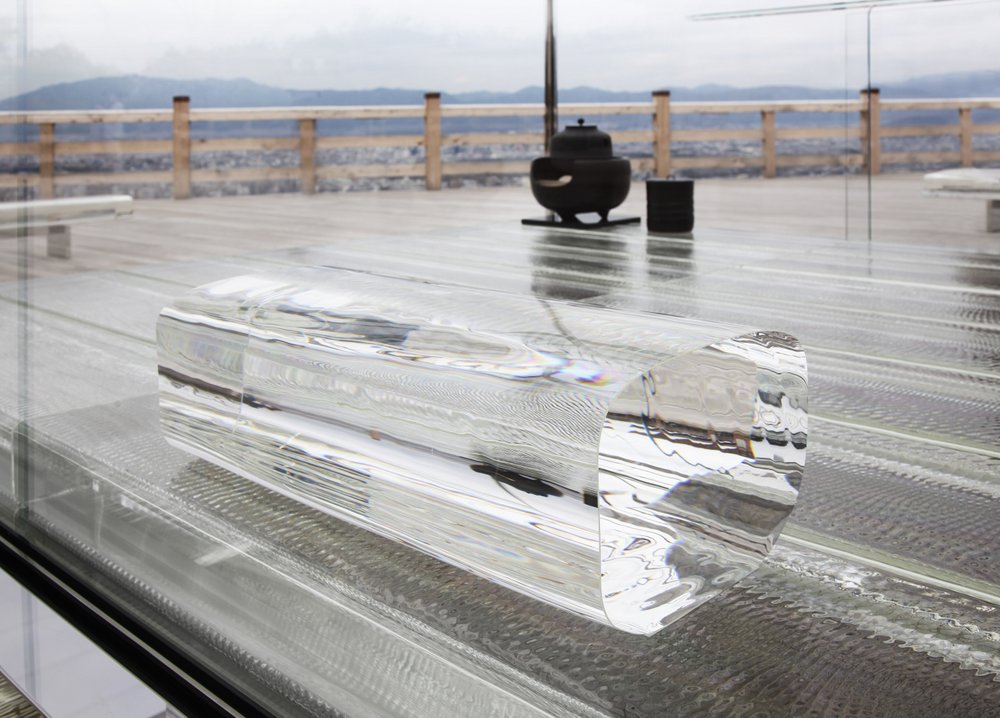 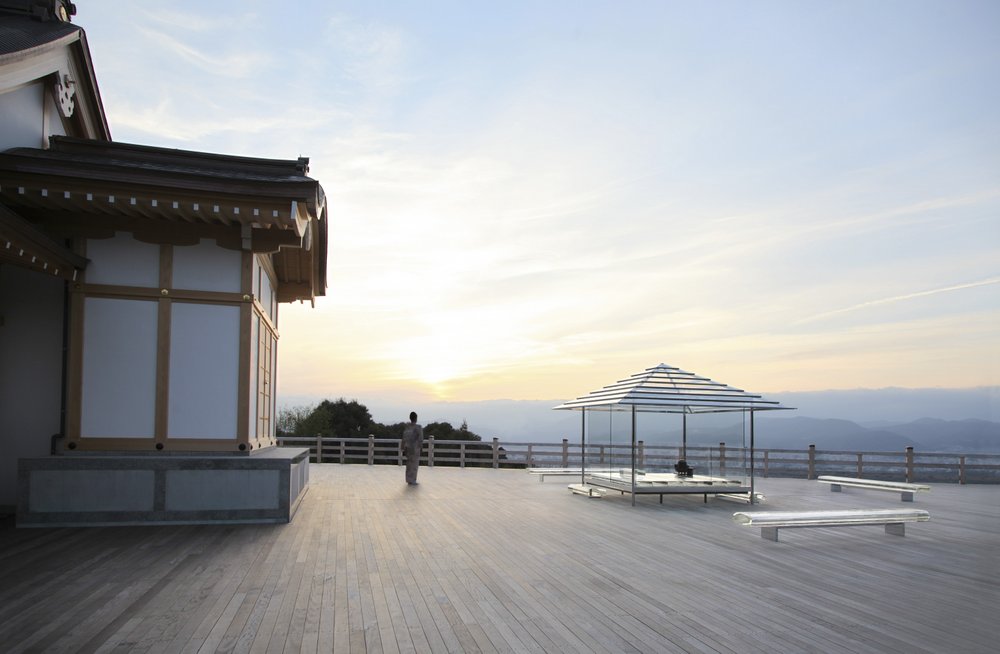 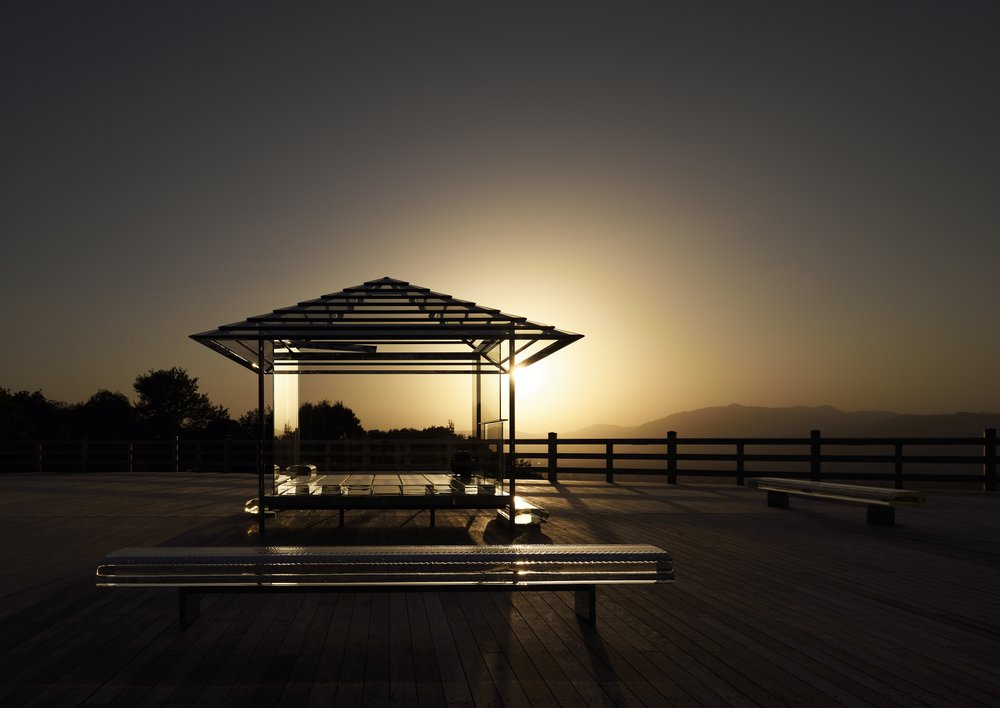 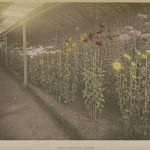 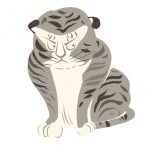