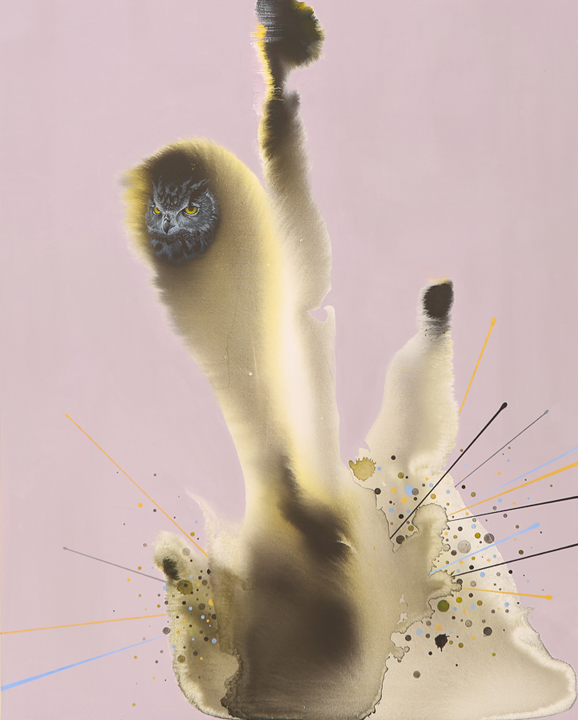 Using a process called suminagashi artist Miki Saito creates layers of abstract tones. Once the ink has dried the artist goes in with acrylic, gouache and mineral pigments to add intricate details that reveal animals hidden or camouflaged by the ink. Some require several minutes to spot while others are more apparent.

After spending the majority of her life growing up between the U.S. and Japan and travelling extensively in-betweens (Saito counts more than 25 countries) the 30-year old artist has recently returned to Japan where she is staging her 2nd solo exhibition since being back. 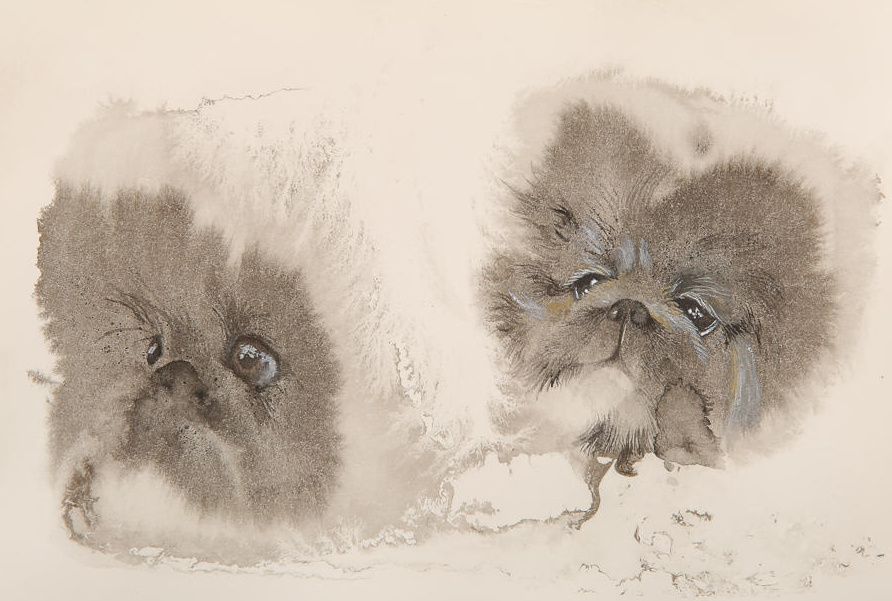 Opening tomorrow, September 15, 2015, at Wada Garou in Tokyo, Saito will present “Celestial Crossing,” a series of paintings and sculptures. At the forefront of the show are her “Animals in Ink” series. Perhaps it’s because of her fast-paced upbringing that eventually led Saito to work with sumi ink, a media that’s been around since the 7th century and one that reminds her of the slow childhood days of calligraphy classes at school. Saito recalls the words of her teacher: “Really pay attention to how you influence the ink through subtle decisions. It’s so sensitive to the body and environment.” 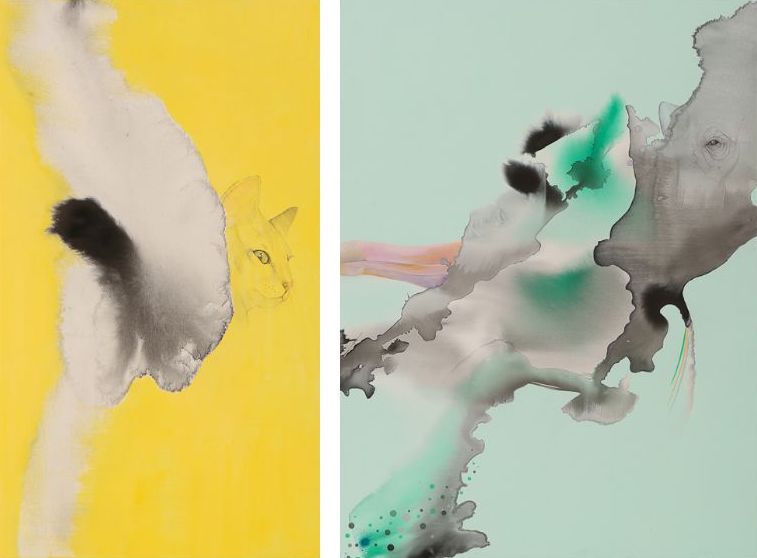 Saito’s work often possess the qualities of a Rorschach Test. You see something and identify it, only to then reassess and understand that it was purely abstract. Herein lies the essence of Saito’s work: an in-between realm that exists within the abstract and the super-real. The ultimate goal of sumi ink, Saito reminds us, was “not simply to reproduce the appearance of the subject, but to capture its soul.”

Miki Saito’s paintings will be on view at Wada Garou in Tokyo through October 3, 2015. You can follow Saito on Instagram for glimpses into her creative process! 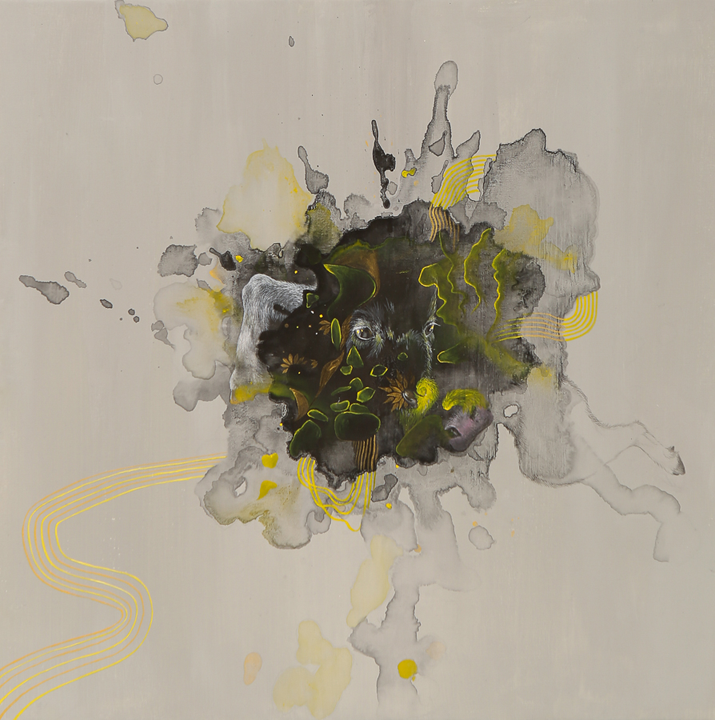 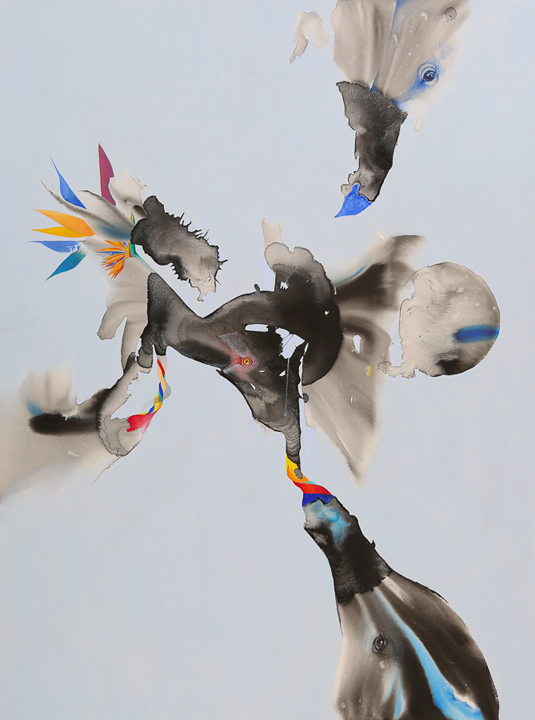 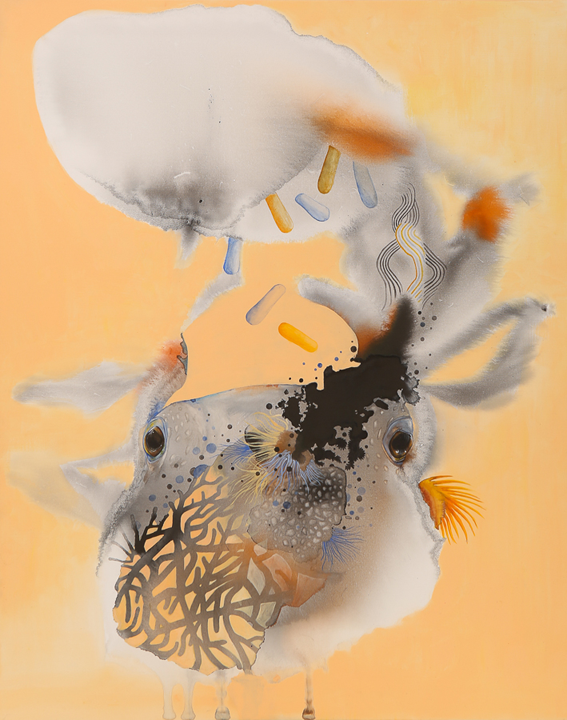 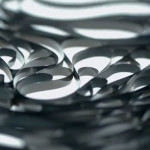