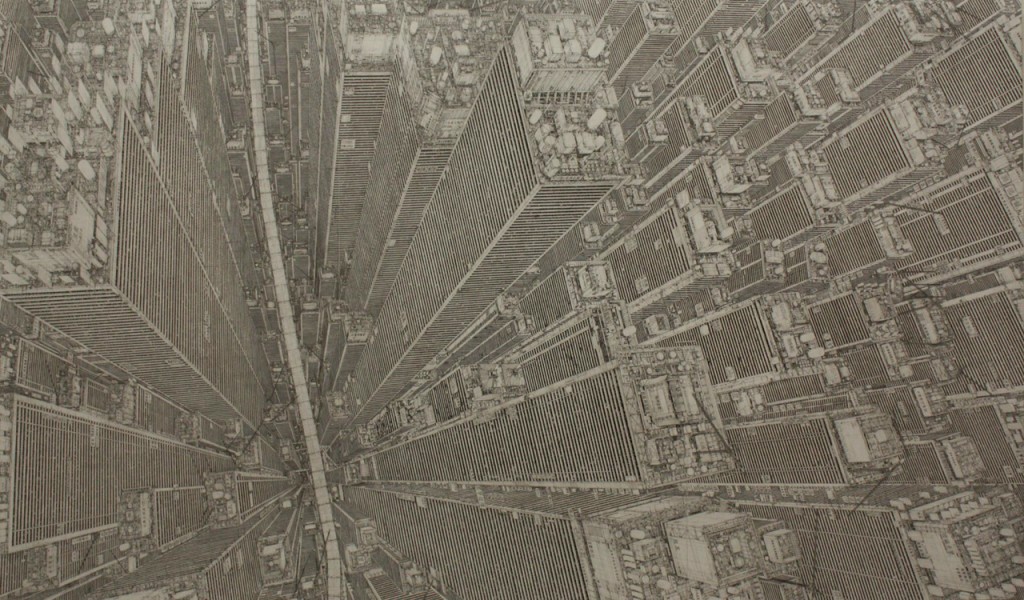 Don’t stand too close to Daisuke Tajima’s paintings. It’s pretty easy to lose yourself. Using just a black ink pen the 22-year old artist creates impossibly intricate and vertigo-inducing birds-eye view paintings of cityscapes. And his paintings aren’t small. Many of them are larger than the artist himself. 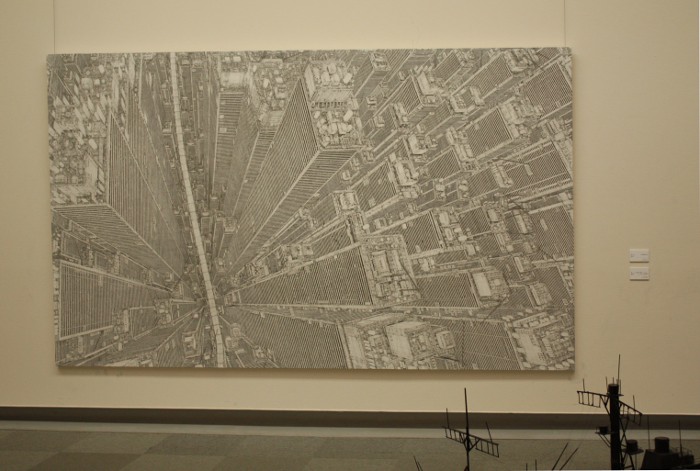 Daisuke Tajima’s installation at his University

Tajima is having quite a year. He graduated in early 2015 from Aichi University of the Arts, where his senior thesis exhibition – and installation of a large-scale painting and replica battleships – won him top place at the school. Leaping off that success, Tajima created an entirely new cityscape titled “gokinchotaikoku II” and entered in the 2015 Tokyo Midtown Award. He just won top place and was awarded 10 million yen (about $83K).

But an ambition to succeed doesn’t seem to be what propelled Tajima. On the contrary, it was something much darker. “I wanted to hide away in my own world to ease the loneliness and insecurity I felt from not belonging,” said the artist, speaking about his work. “This piece is a world I can believe in.” 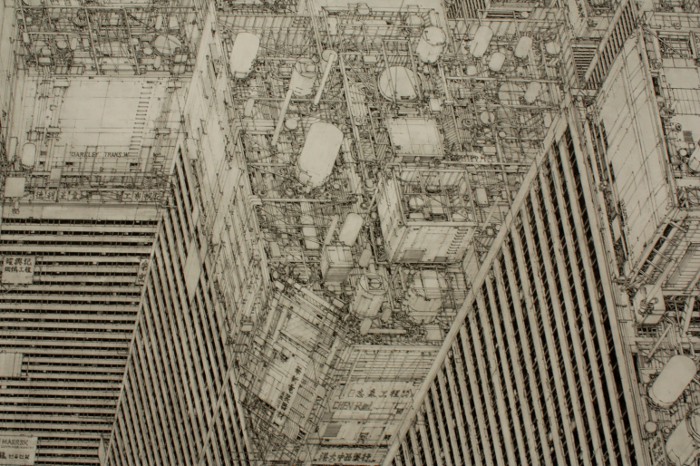 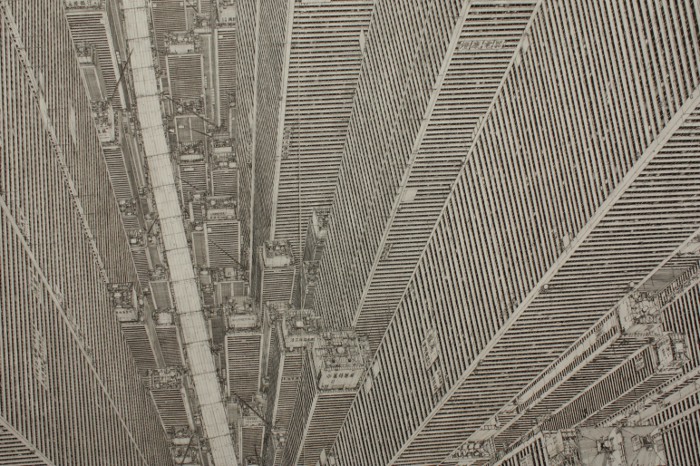 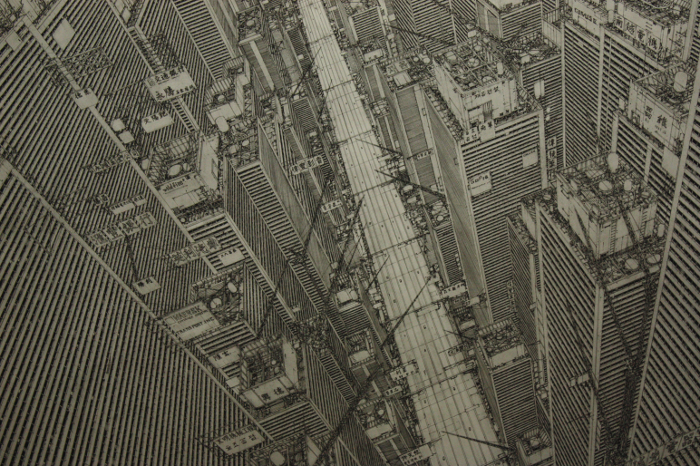 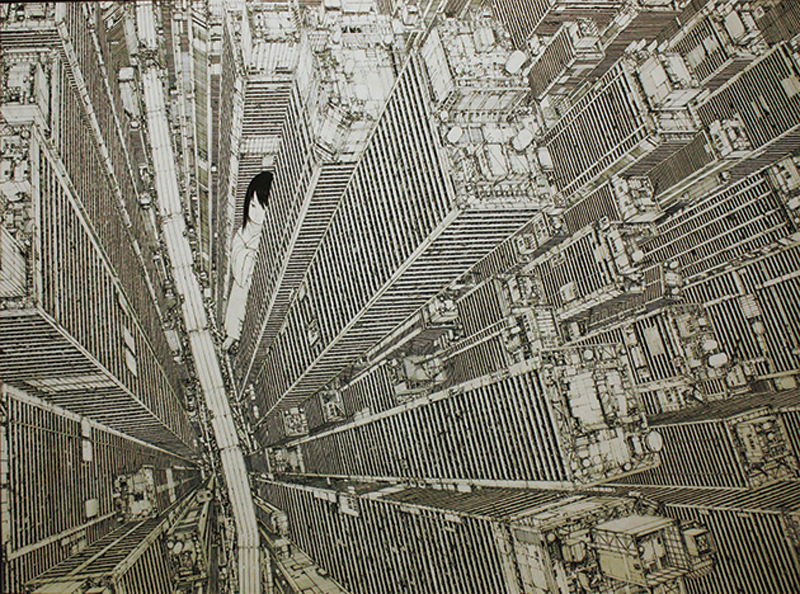 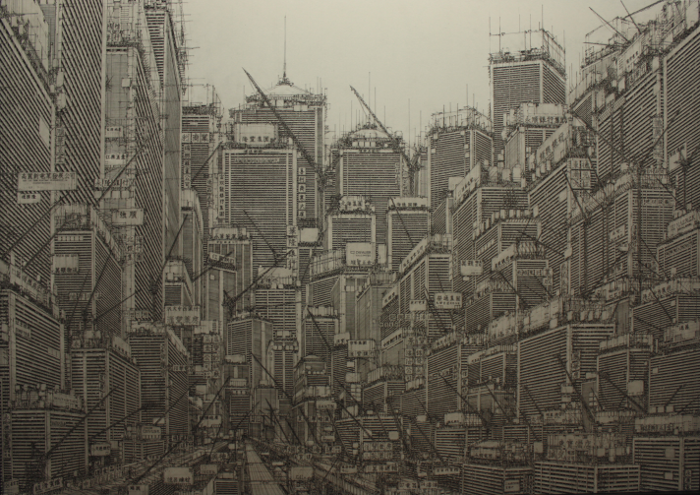 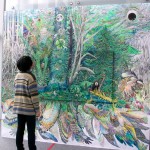