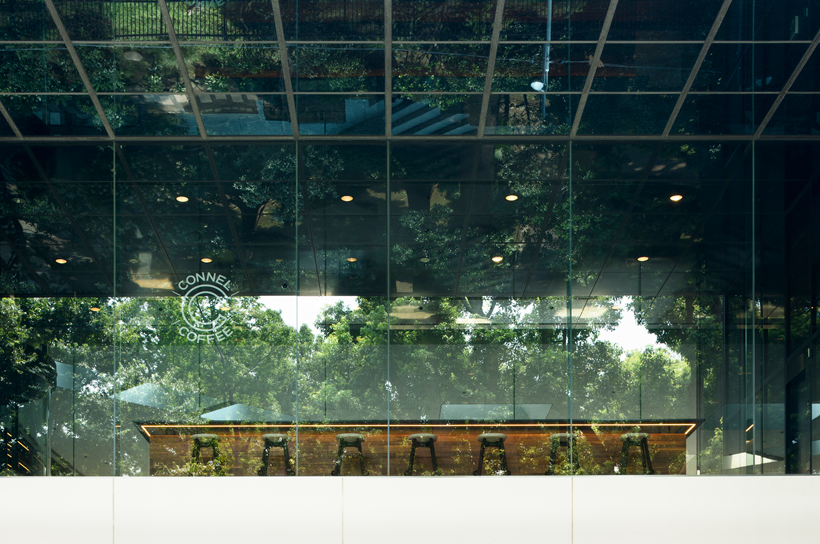 all photos by Daici Ano and Takumi Ota

For fans of Japanese design, architecture and coffee this story might be a little too much. You should probably be sitting down for this. A building designed by Kenzo Tange in the 1970s that houses, among other things, a rock garden by Isamu Noguchi, has been partially taken over by design studio nendo’s own offices, as well as a coffee shop produced and managed by the Tokyo and Milan-based design firm. It’s like old world and new world masters being united by coffee. 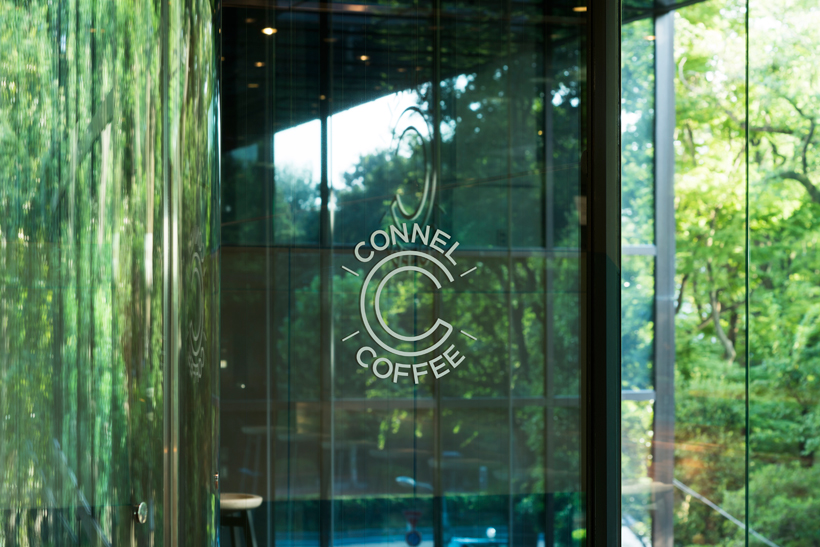 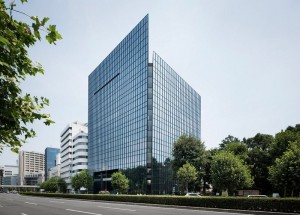 Connel coffee is located on the 2nd floor of the Sogetsu Kaikan in Akasaka, a building designed for the Sogetsu school of Ikebana. Situated across from the imperial crown prince’s residence, it boasts picturesque views of the Korekiyo Takahashi Memorial Park.

The name of the café is a play on the word koneru, meaning “to knead” or “to mold” in Japanese. It’s a clever reference that connects back to nendo, which means clay.

The café’s logo and branding, also produced by nendo, has been designed by taking the “n” from the nendo logo and bending it to form two “c”s. The coffee shop is, of course, being added to our Tokyo Guide. 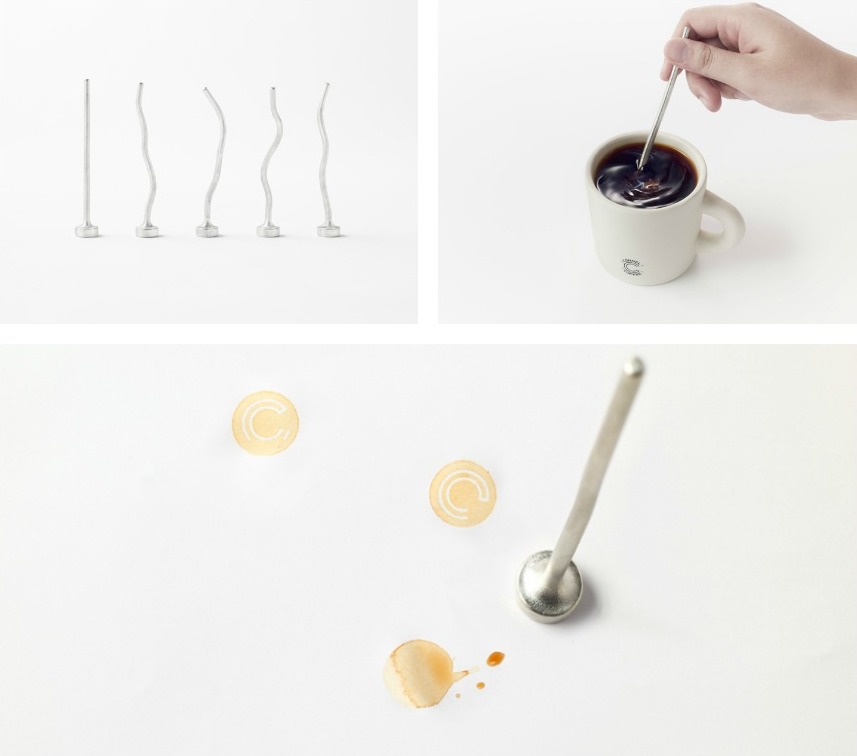 I’m especially in love with the muddler, designed to stand upright but to also act as a stamp that uses coffee as “ink” 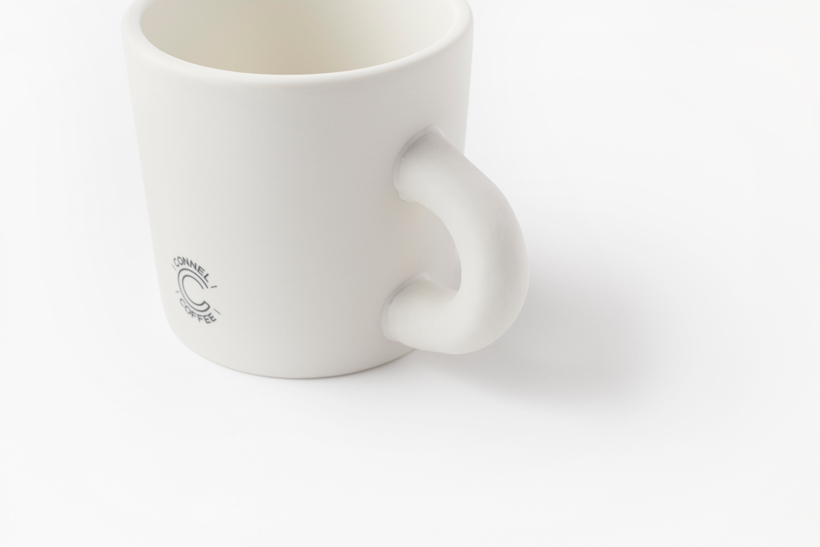 the handles on the original mugs have been bent, or “kneaded”, by hand, giving each a unique shape. 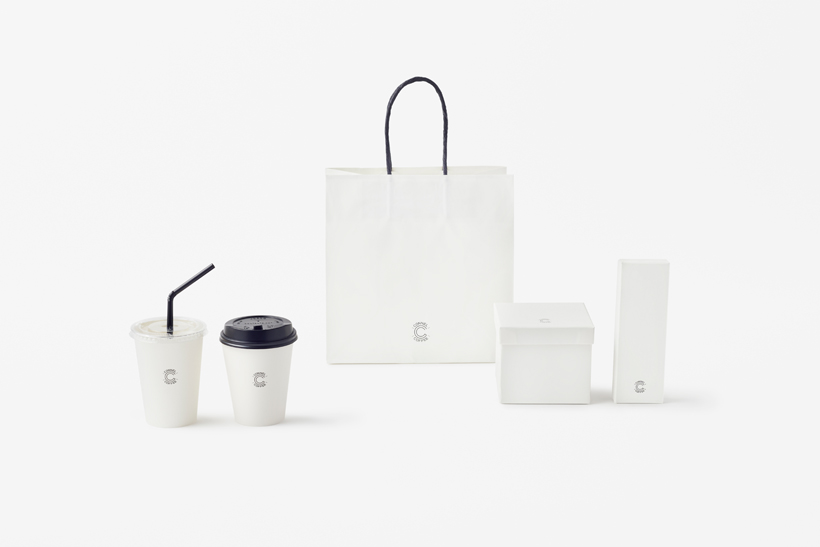 The building was designed by Kenzo Tange, described by nendo as “one of the pioneers of modern Japanese architecture.” Following in Tange’s steps – his own offices had been located on the 10th floor of the building until his death in 2005 – nendo has recently relocated their offices into the Sogetsu Kaikan. And in doing so, they’ve opened a coffee shop that’s open to the public. Their offices, obviously, are not. 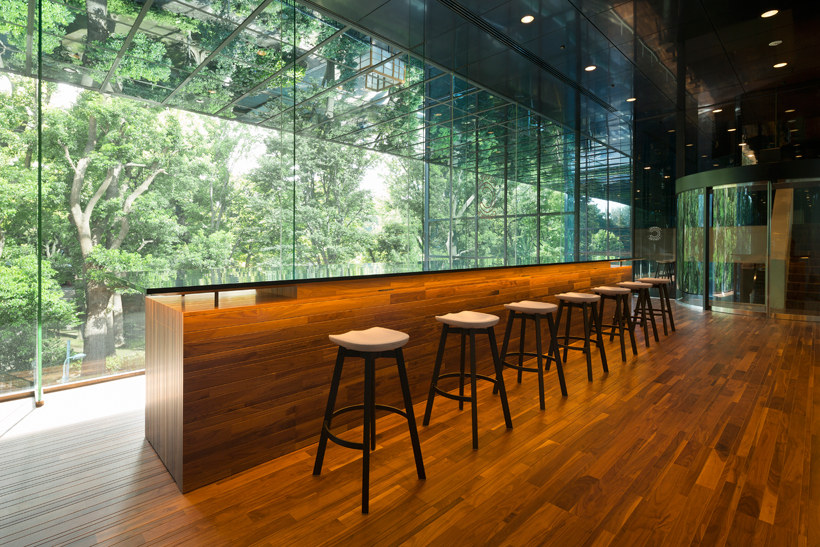 In order to preserve much of Tange’s original architectural flavor, features like walls and ceilings have been left untouched. Only the floor and furniture has been redesigned. “The tops of the counters have been finished in a gloss black to match the grey mirror finish of the ceiling,” explains nendo, and the original tulip chairs and tables designed by Eero Saarinen have been repaired for reuse under nendo’s supervision. 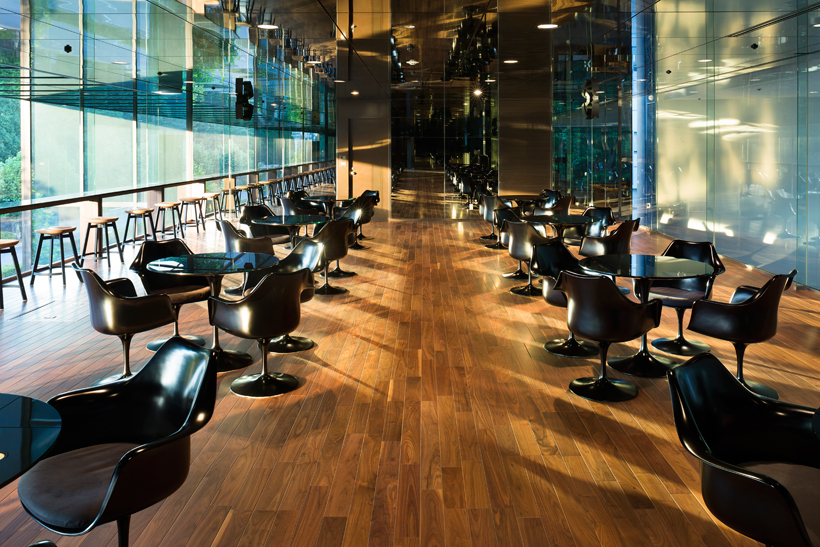 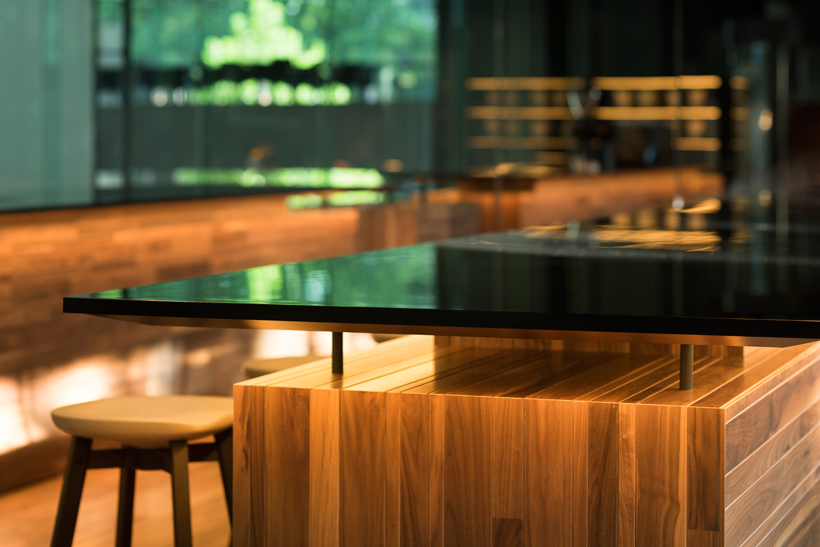 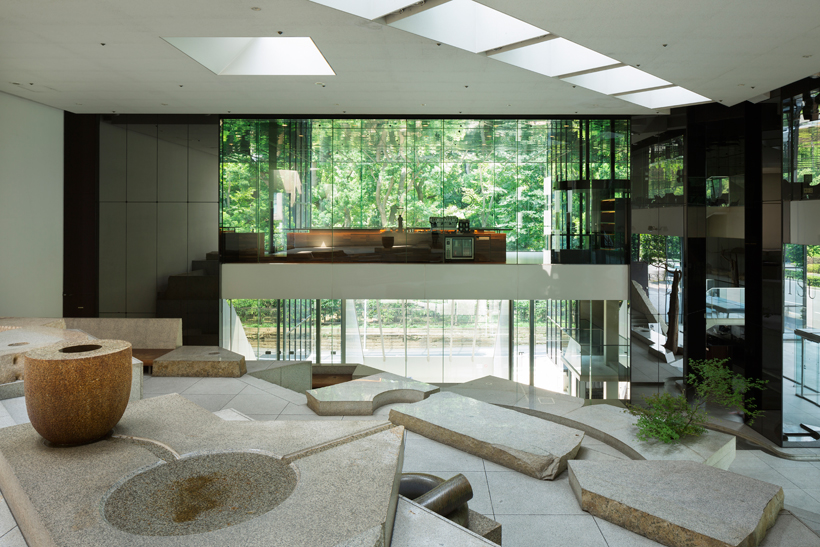 Isamu Noguchi’s rock garden situated across from the cafe

The Sogetsu Ikebana School, and its sibling organization The Sogetsu Art Center (SAC), played a fascinating role in Japan’s art scene as a major hub for avante-garde activities in the 1960s. Art historian Miki Kaneda explains on post:

Artists, musicians, designers, critics, writers, and performers gathered at the SAC to test out new experimental practices and to engage in dialogue about new directions in the arts. With a performance hall, regularly scheduled performance and film series, and its own arts journal, the SAC was a space where artists could collaborate and speak across disciplinary boundaries in ways that would have been impossible in traditional museum, concert hall, or academic contexts.

In terms of performance art in Japan, the first documented event in the country that was called a “happening” took place at the Sogetsu Art Center, at Ichiyanagi’s concert in late 1961. Cage, Tudor, and Cunningham all came to Japan for the first time through invitations by the SAC. 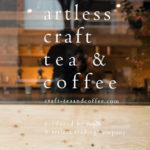 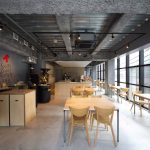 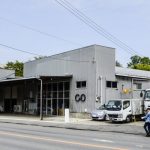