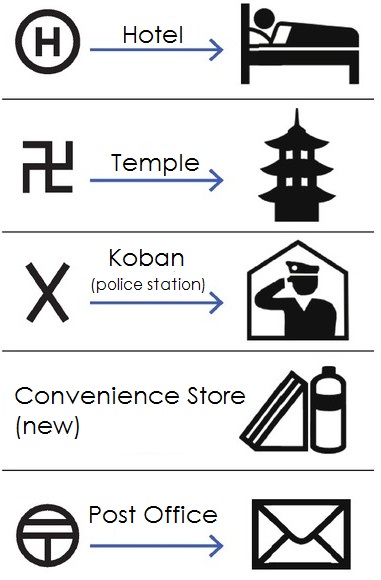 When we moved to Japan in the early 80s my dad, a Jewish New Yorker from the Bronx, quickly realized that he had made a terrible mistake. “We’re surrounded by Nazi’s,” he proclaimed, wide-eyed, as we all stared at a map of our local neighborhood in Koenji. He was, of course, looking at the manji symbol (卍), a reverse swastika that could understandably be mistaken for the symbol of Nazi Germany, instead of its intended representation of Buddhist temples.

Now, over 30 years later, Japan is taking steps to update and redesign some of its more esoteric pictograms in a move intended to make the country more foreigner-friendly.

The initiative was undertaken by the GSI (Geospatial Information Authority of Japan) in an effort to improve some of the country’s pictograms that are only recognizable to the Japanese. The country is in the midst of a tourism boom, which is expected to continue as Tokyo prepares to host the 2020 Olympics.

The biggest changes are as follows:

The full list of changes, as well as an analysis of the conducted survey, can be found here (PDF – English begins on page 77). 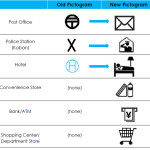 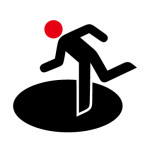 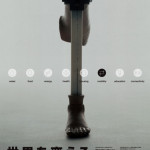