January 26, 2016 / Johnny / Comments Off on K8: an 8-Leveled Bar in Kyoto Wants to Reclaim its Neighborhood’s Lost Beauty 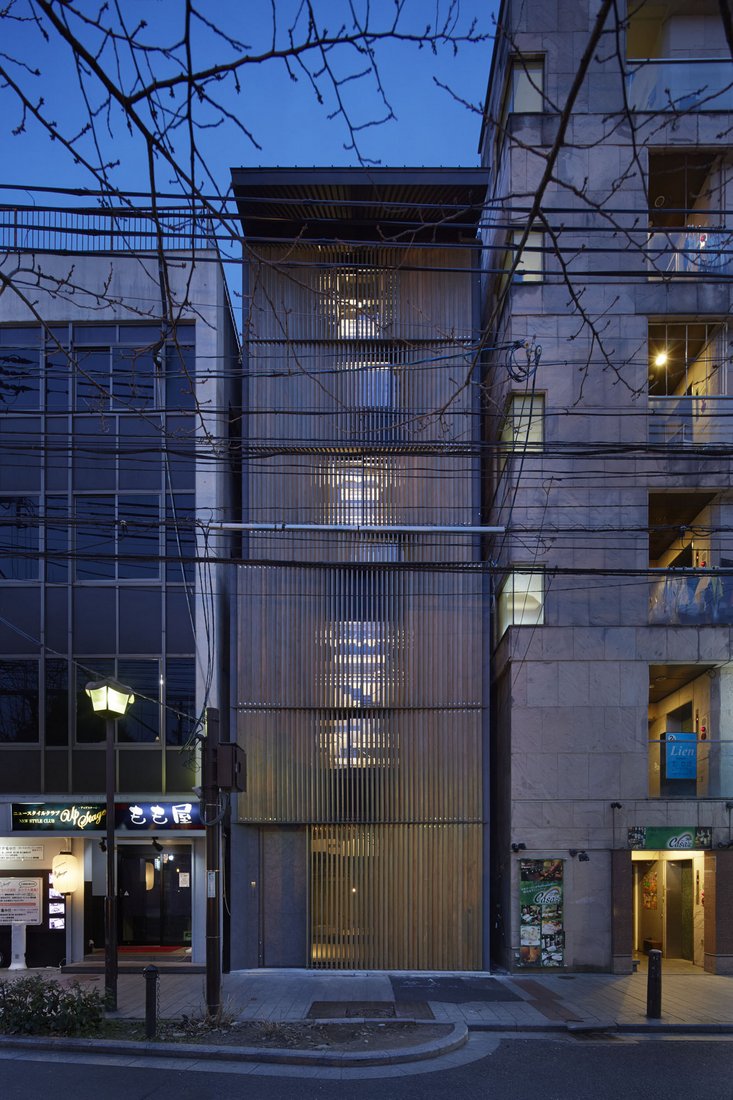 Kyoto’s Kiyamachi Dori is a gem of a location. The historic street was built in the early 1600s to run parallel with the new Takase River, which was opened to allow small boats to carry wood, coal and other goods to the city center. And because of this surge in economic activity, by the late 1700s, Kiyamachi Dori was lined with restaurants, inns, brothels and small watering holes all looking to cater to travelers and merchants. It’s an intricate network of night alleys, says architect Florian Busch, adding: “any walk here leads to eventual surprises.” 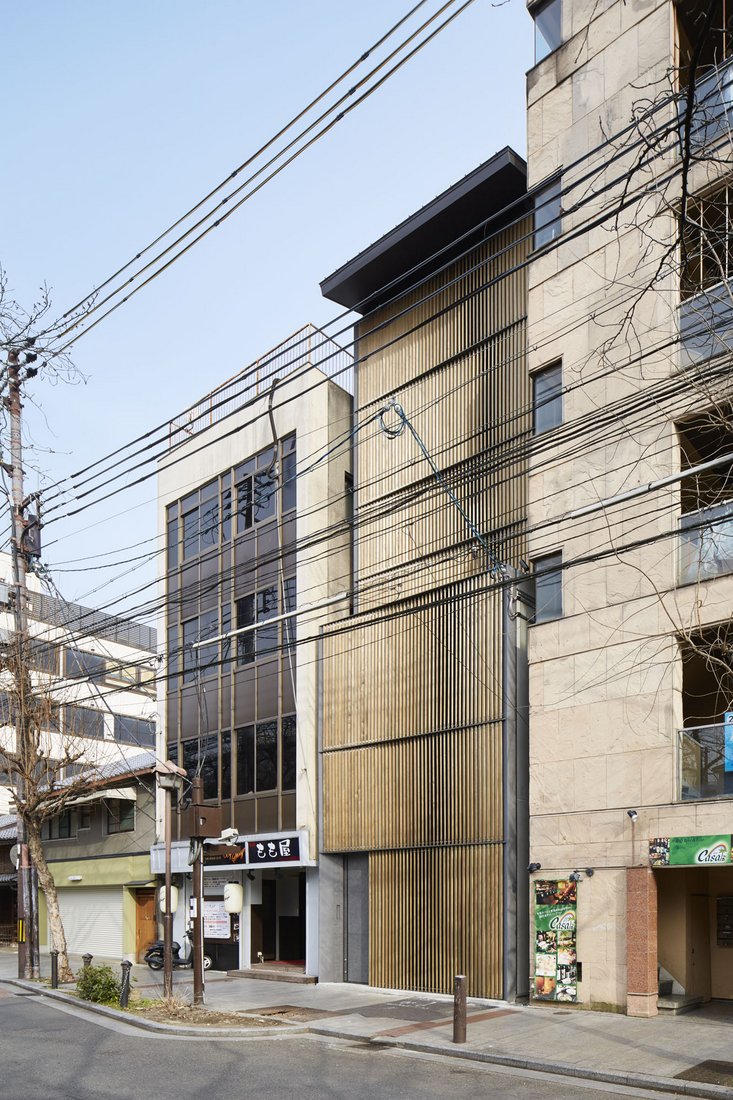 “If you imagine the horizontal sequence of sakaya that historically occupied much of the street, K8 is the translation of that experience into the vertical” 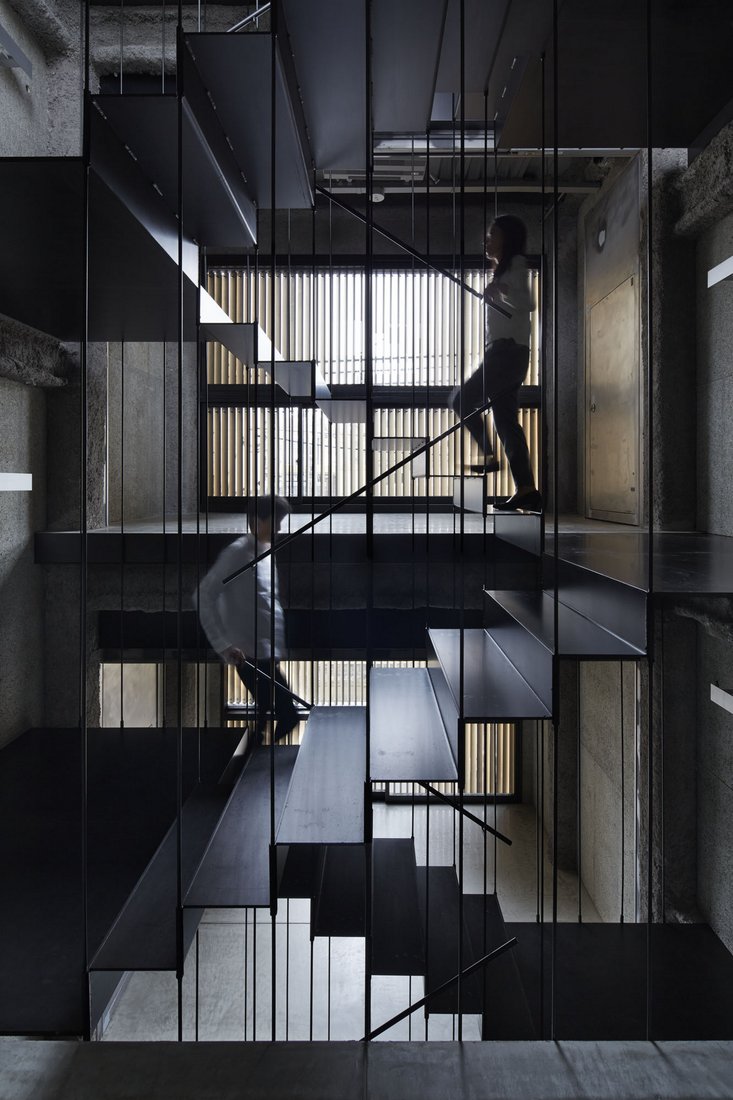 the architect deliberately shunned the use of an elevator

However, we’ll stop there because painting an overly picturesque image of the street could be misleading. Kiyamachi and its nightlife remains a magnet for locals and tourists. But anyone who has visited in the last several years in search of old Japan has likely been disappointed. Lax regulations has allowed quick money to flow in, resulting in a major identity crisis that has manifested itself in what Busch politely refers to as “nondescript mediocrity.” In other words, ugly buildings.

In a previous life, there was a small plot of land right across from Kamiyabashi Bridge where 12 bars were spread over three 2-story houses. This is where Busch, a protégé of the famed Toyo Ito, was asked to create K8, a narrow and horizontal 8-levled structure that would reclaim the historic beauty of Kiyamachi Dori.

If you imagine the horizontal sequence of sakaya, or bars, that historically occupied much of the street, “K8 is the translation of that experience into the vertical,” says Busch. And in an attempt to recreate the old bar-hopping experience Busch has deliberately shunned the elevator, explaining that the “secluded tube…divides as much as it connects.” By forcing revelers to traverse the multi-leveled building, Busch has created “one coherent, continuously varying space.” 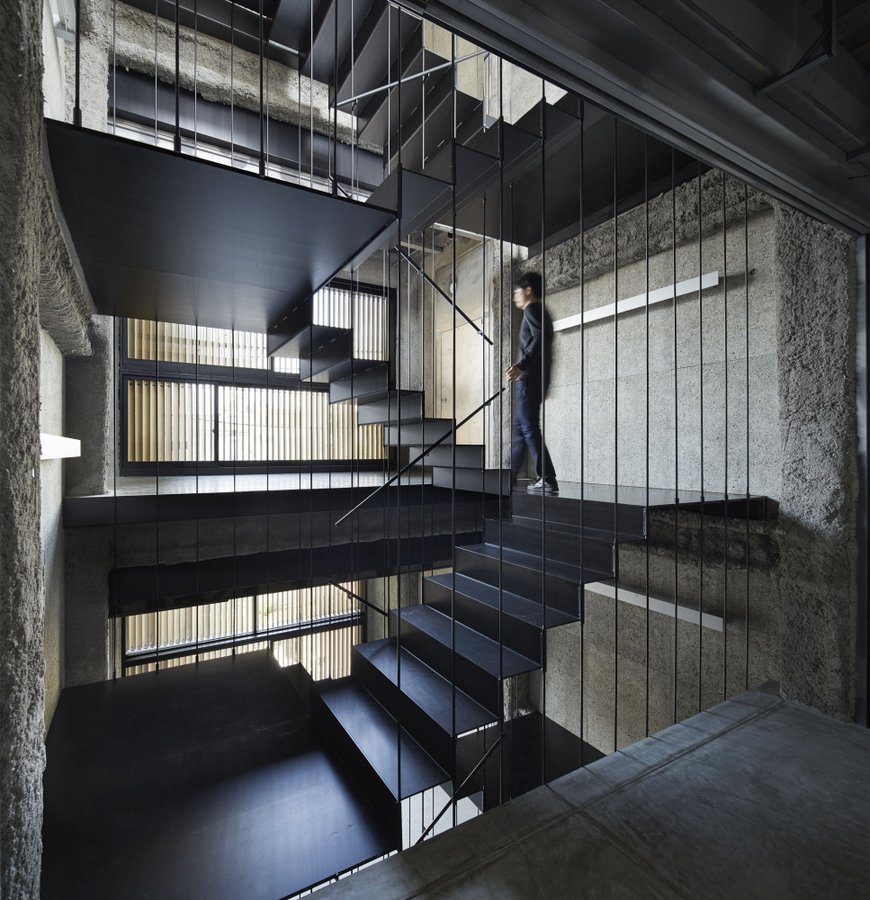 In addition,  several hundred wooden louvers replicate an architectural style often found in Tokyo. “Walking by further sets the façade in motion, as if the building itself were moving around those who pass by, engaging them by revealing glimpses of the inside in varying depths.”

K8 was just recently completed and has yet to find tenants for all its levels but once it does the architect imagines an evolving evening, stretched from bottom to top with “the staircase linking a diversity of in-betweens.” 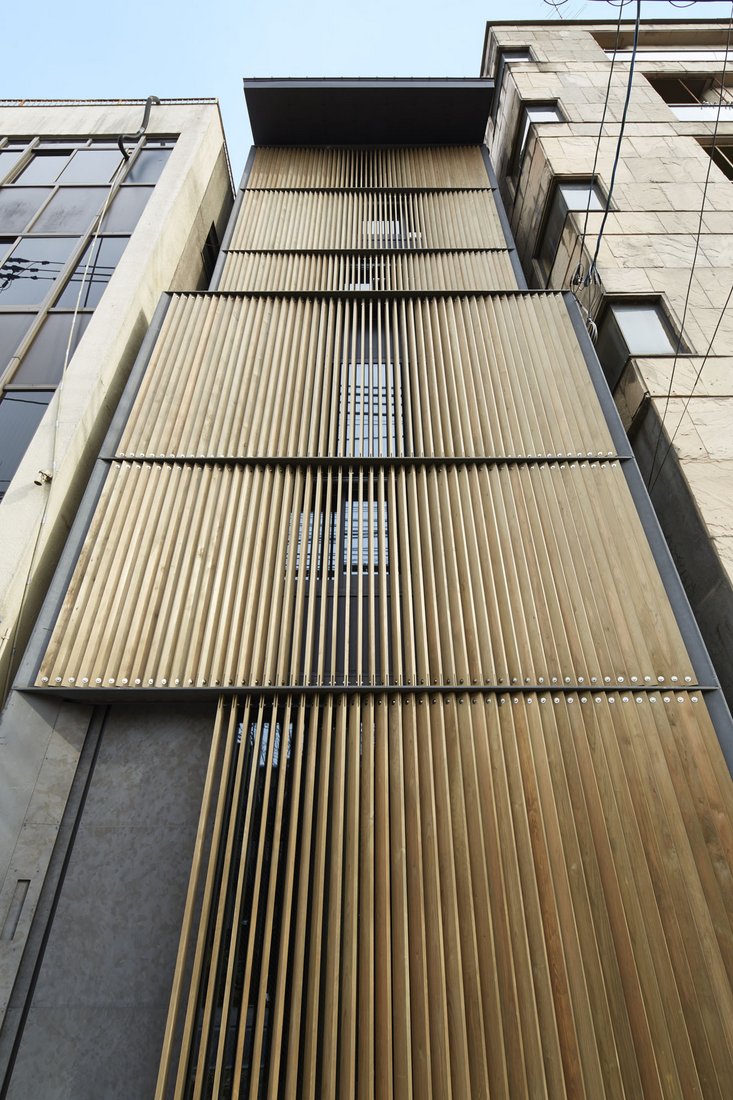 Through their gradual rotations, several hundred wooden louvers evoke a sense of motion, as if the building itself were continuously engaging with its environment.

One extra nugget for the history buffs out there: Kiyamachi Dori also has a bloody past that includes the Ikedaya Incident, an armed encounter between political activist samurai and the Shisengumi police force. Along the pathway you’ll find other monuments to historic figures as well like Ryoma Sakamoto, who used a local vinegar shop as a hideout. 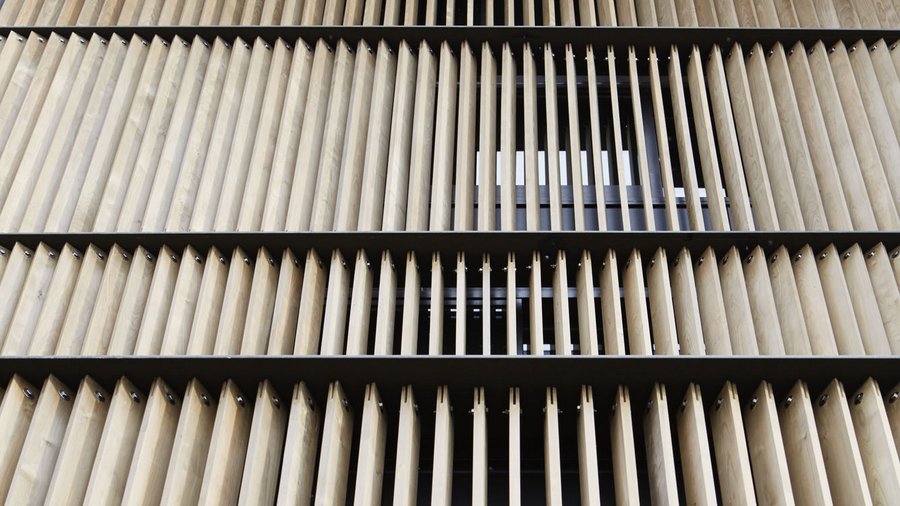 As a homogeneous yet continuously changing surface, the facade creates an ambiguity often found in Kyoto’s architecture. 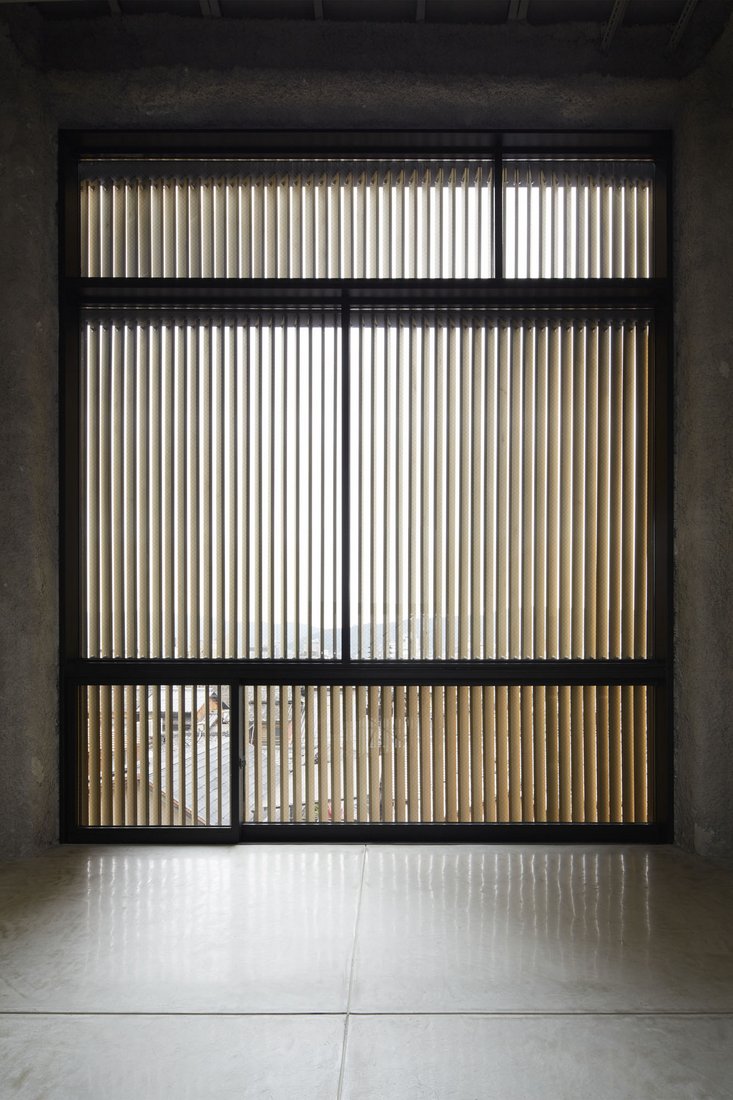 Towards the middle, varying degrees of transparency give subtle hints about the inside. 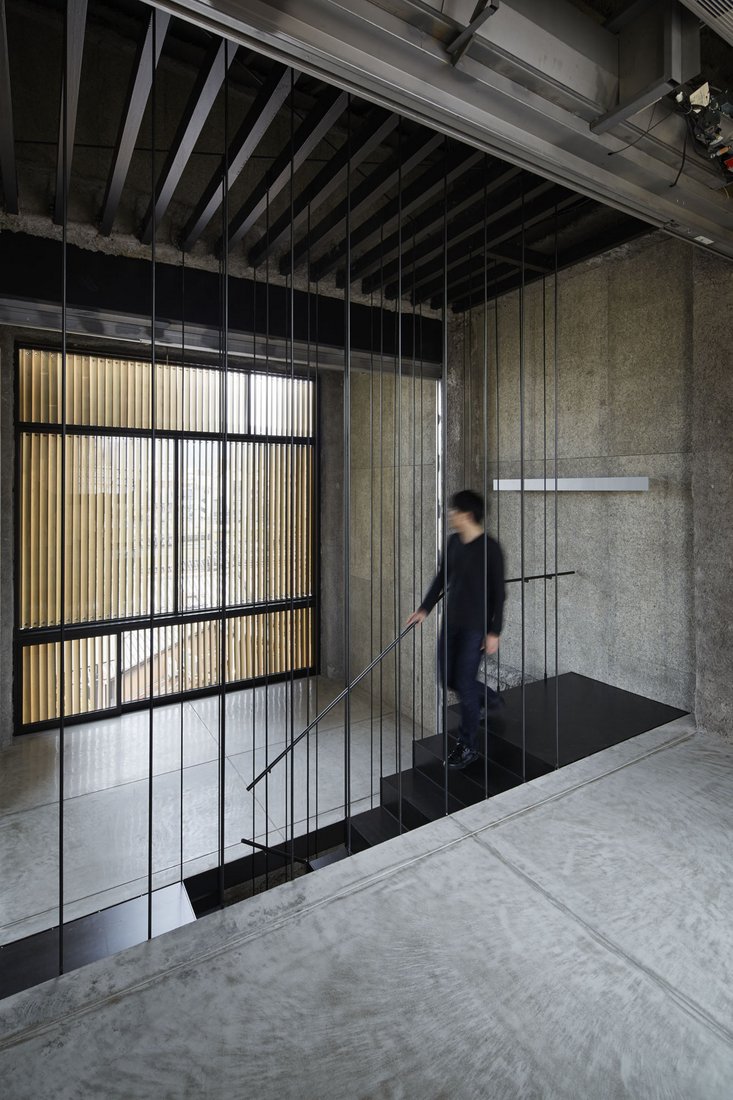 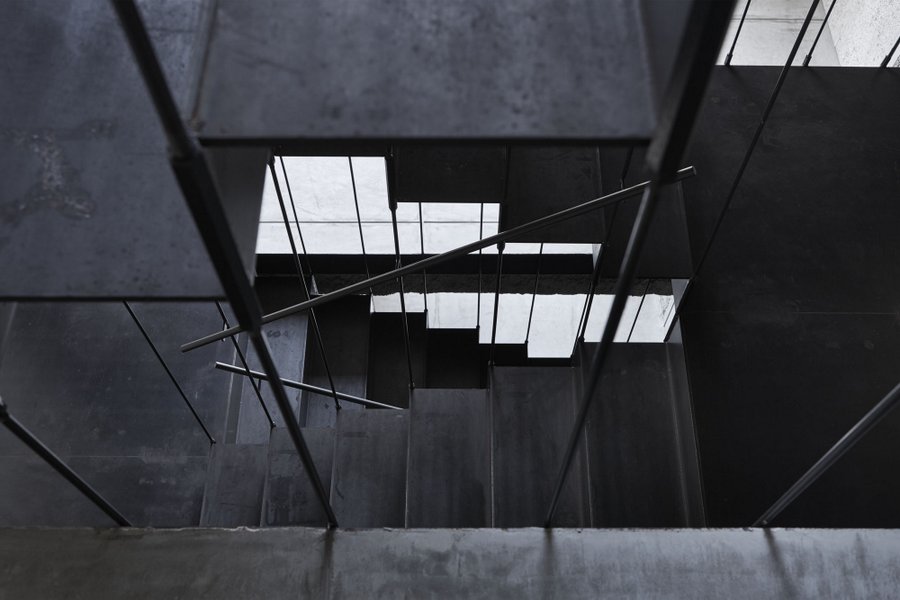 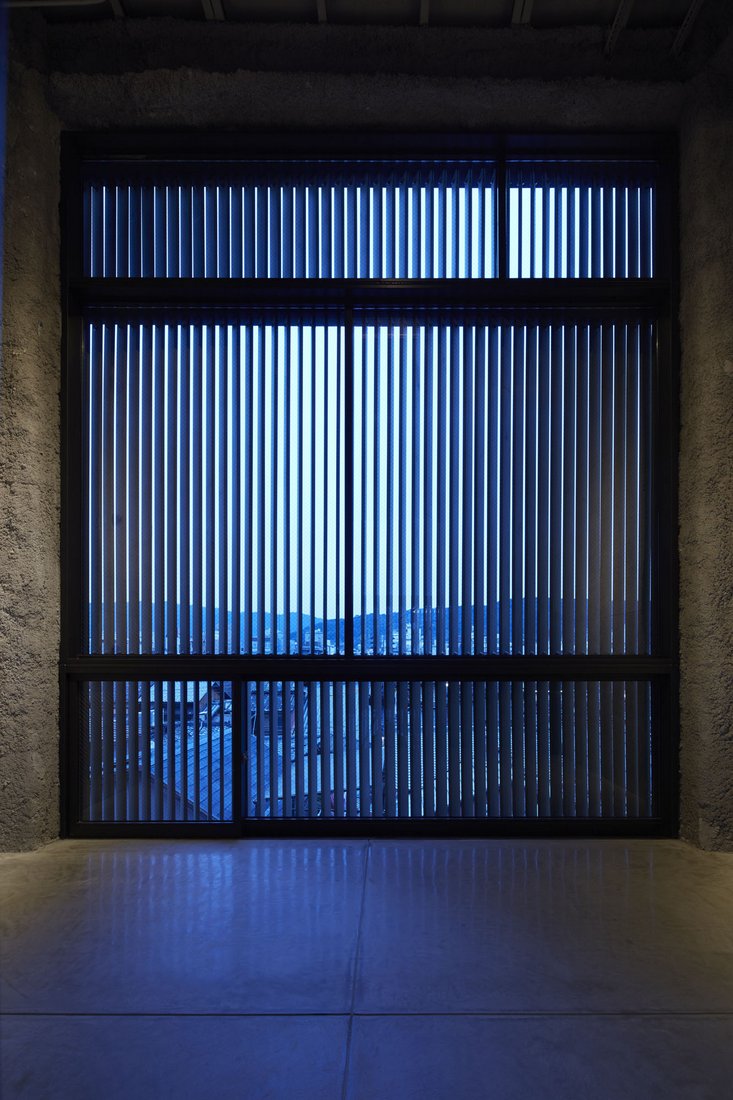 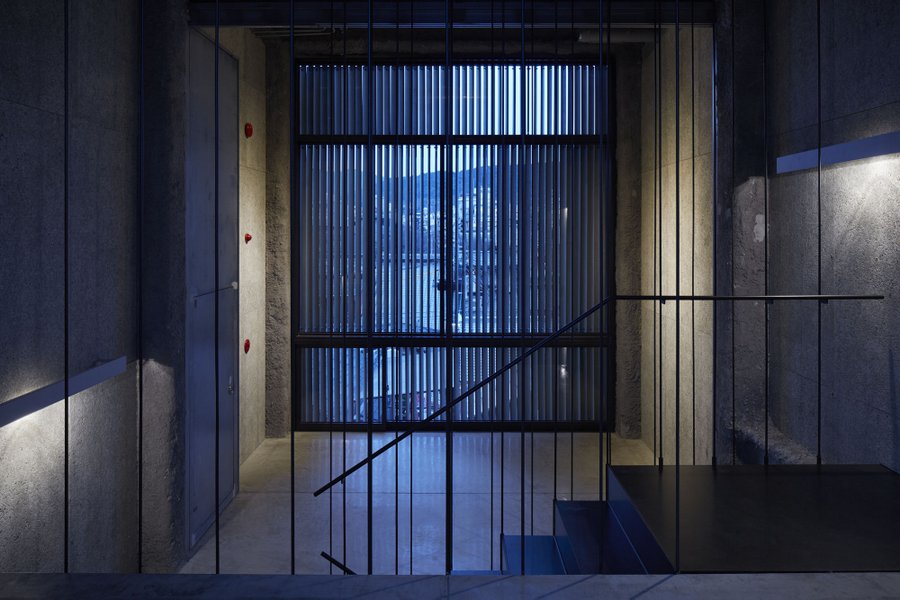 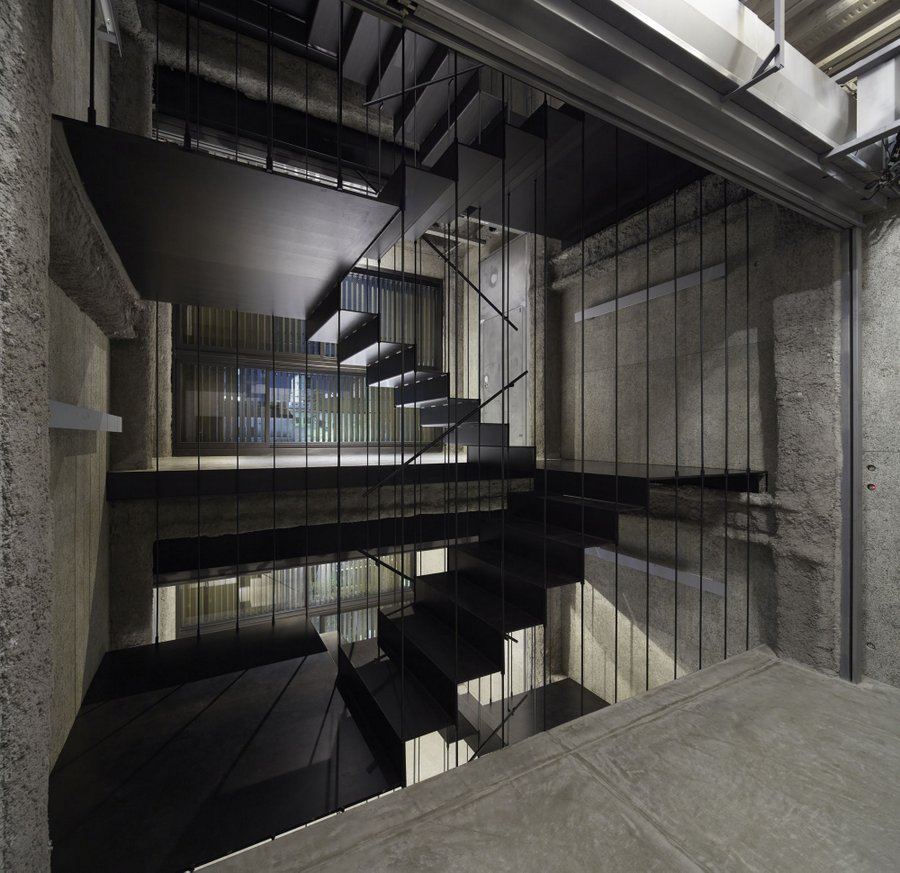 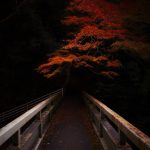 Get Lost in Kyoto With the Photographs of Yasuhiro Ogawa 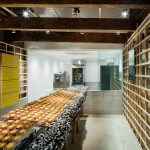 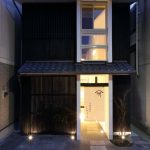 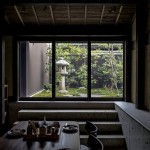