January 30, 2016 / Johnny / Comments Off on Magical Photographs of Ginzan Onsen in the Snow 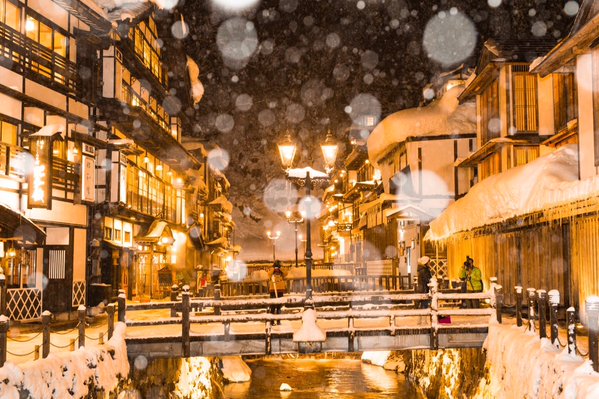 Ginzan Onsen is an achingly photogenic hot spring town in the Yamagata region of Northern Japan. Literally meaning ‘silver mountain,’ the location became famous for its old-Japan look and feel after it was used for the site of the period drama Oshin. Japanese photographer Yossy, who is based in neighboring Miyagi Prefecture, happened to visit Ginzan as it was snowing last week and captured some pretty magical photos. 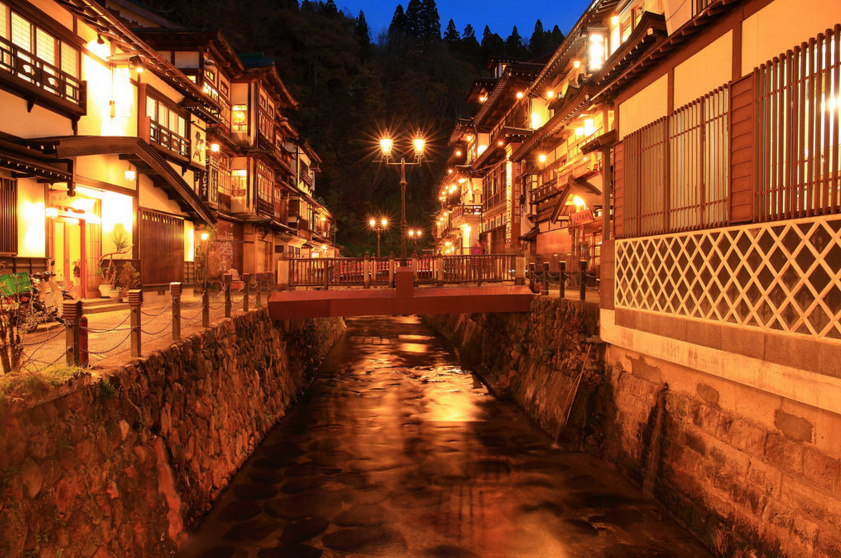 As seen in the photo above, also taken by Yossy, the photographer has visited the picturesque town on previous occasions. And even without snow, its numerous small bridges, lights and lanterns make it look like a fairy tale village. Indeed, the only thing that can make Ginzan Onsen more magical is snow.

The location was originally founded in 1456 as a silver mine, hence the name Silver Mountain. It wasn’t until 1741 that hot springs were discovered and the village experienced a renaissance. There are some fascinating old photos of Ginzan Onsen right here. 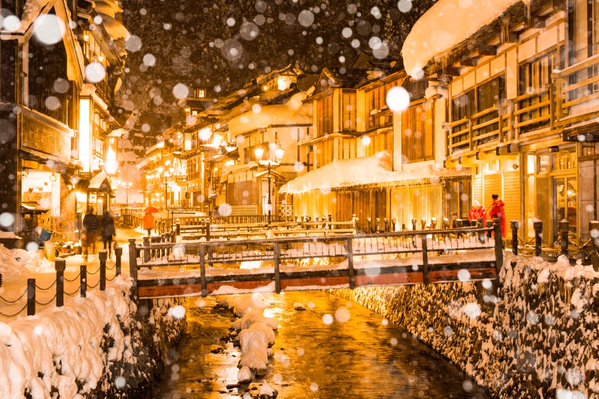 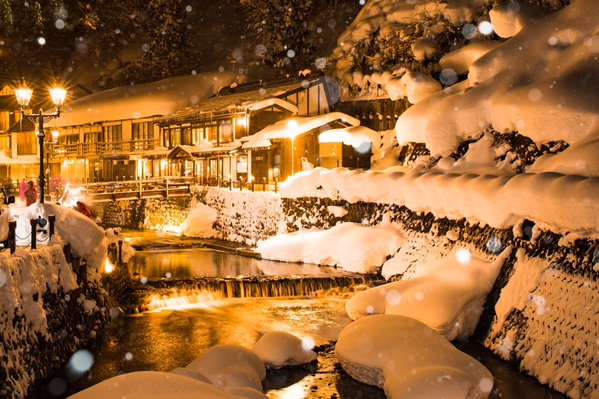 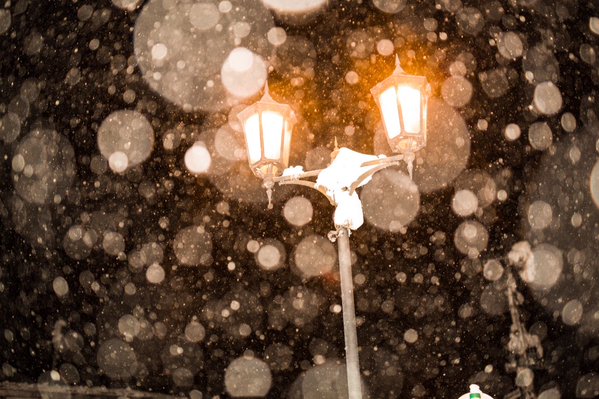 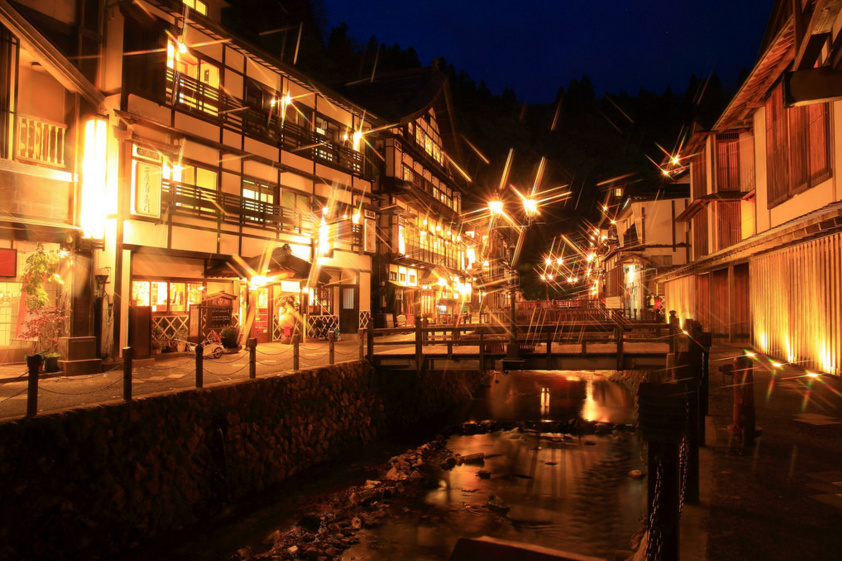 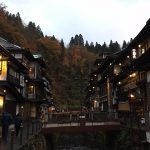 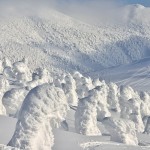 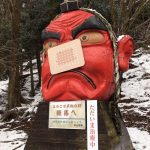