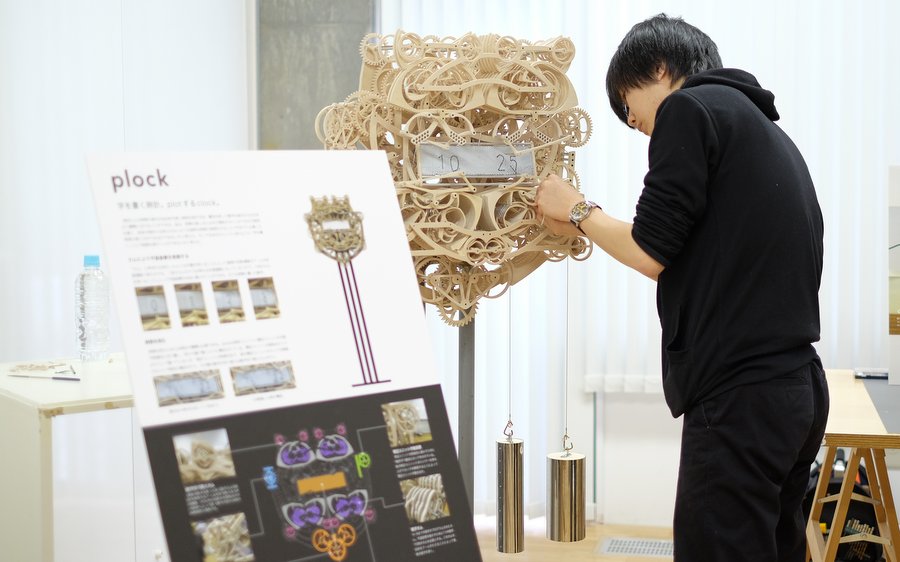 Kango Suzuki is an art student at the Tohoku University of Art and Design majoring in product design. For his senior thesis exhibition this month he decided to create an automaton, a moving mechanical device that performs a certain task.

Kango had seen automaton’s write messages, such as the one made popular in Hugo. But instead of words, Kango thought it would be fun to create a device that wrote out the time. But even Kango himself didn’t know what he was getting himself into. And that his resulting creation titled “Plock” would consist of over 400 wooden moving pieces. 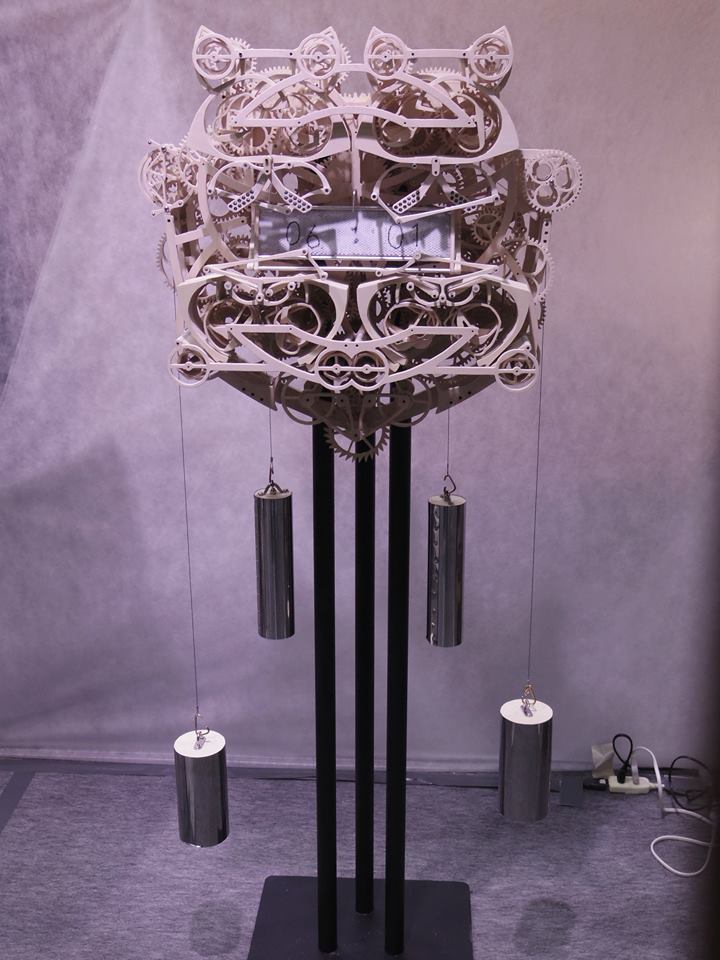 The contraption is set into motion by a series of weights that push and pull on the wooden parts – an astounding 407 in total. Minute by minute, the accurate time is displayed, written by four magnetic stylus pens on a magnetic drawing board (like the ones often found in kids toys), which also cleverly resets itself.

Kango posted the above video to twitter on February 7th, which has since racked up over 170K retweets. 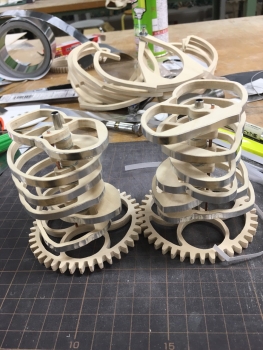 Kango hand-carved every single one of the wooden pieces, an impossibly daunting task that probably resulted in numerous sleepless nights. But that wasn’t the most difficult part. “It was the friction,” says Kango in an interview on his school’s blog. Eliminating the friction between the cam and the arm was the most difficult. And then of course making everything move, he adds.

When asked if he has any advice for his underclassman he responded by saying that difficult tasks are proportionate to the feeling of accomplishment once the task is done. Oh, and “if you’re tired, go to sleep!”

Kango’s fantastic clock, along with creations by the rest of his classmates, are on display at the Tohoku University of Art and Design campus from February 9 – February 14, 2016. 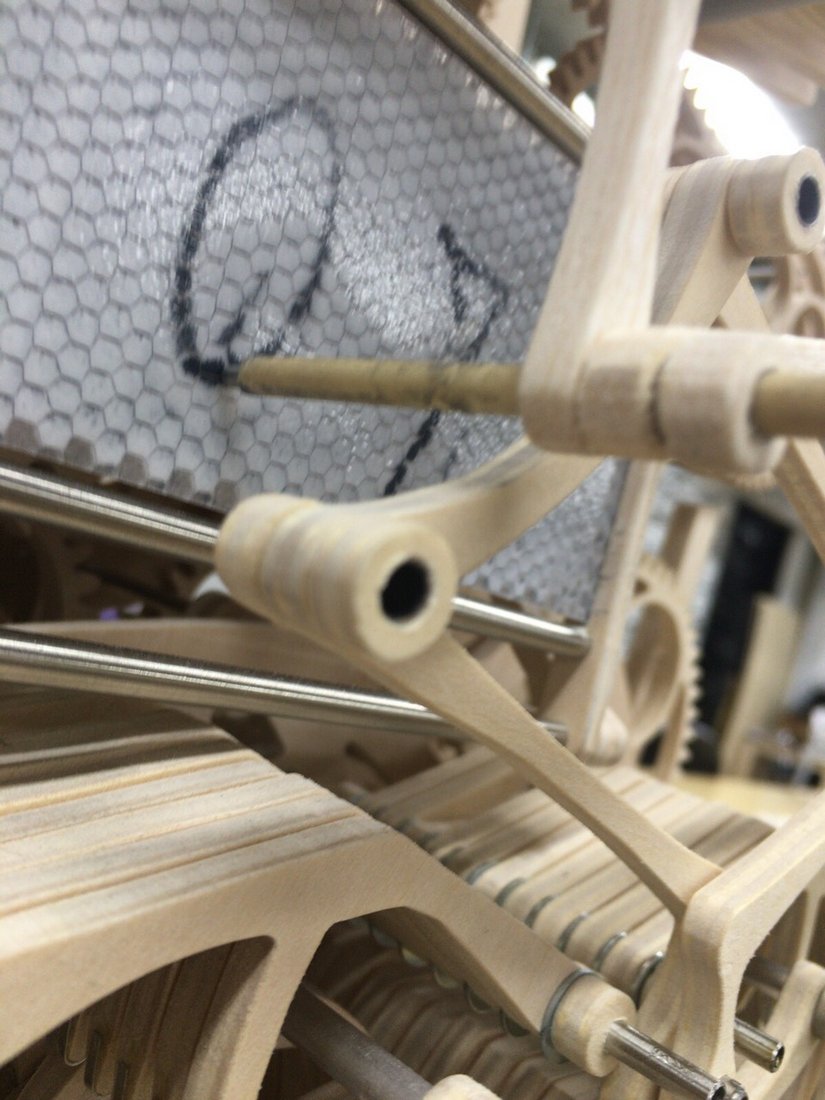 In another video seen above, Kango gives us a behind the scenes look at how his gears are turning.

Here at Spoon & Tamago we love writing about student artwork and senior thesis exhibition. You can find all our previous posts here. 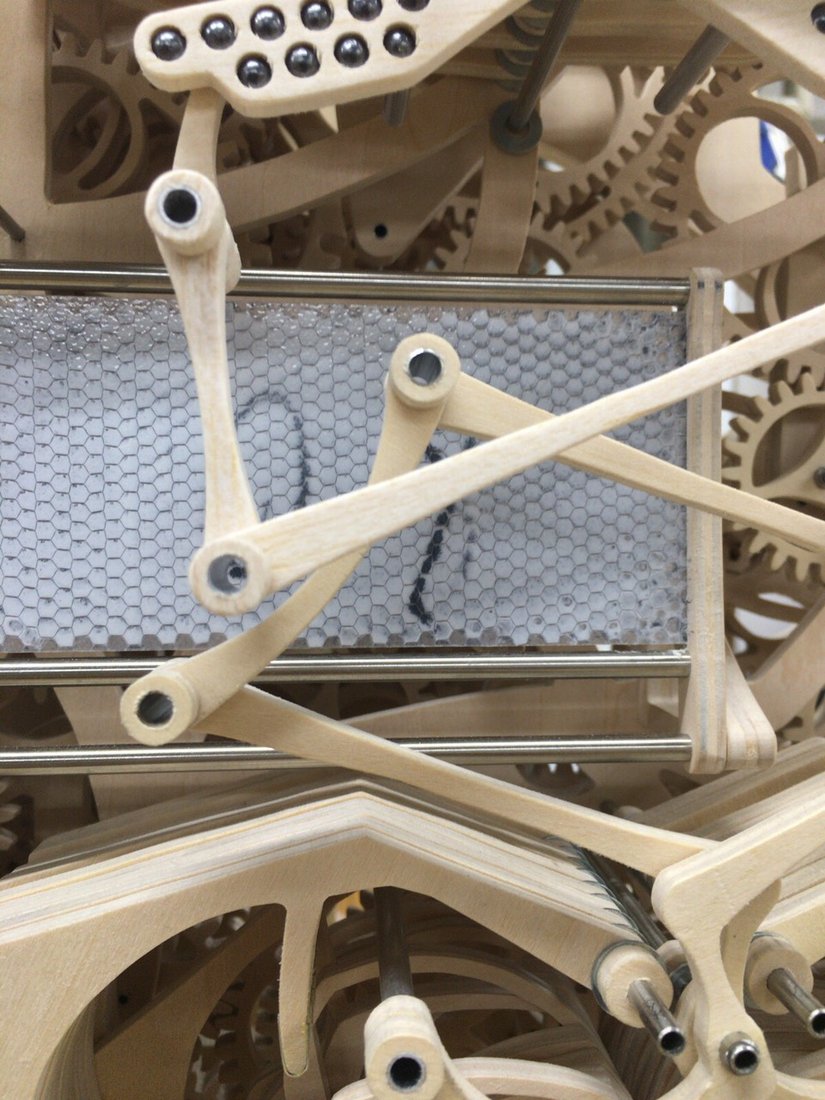 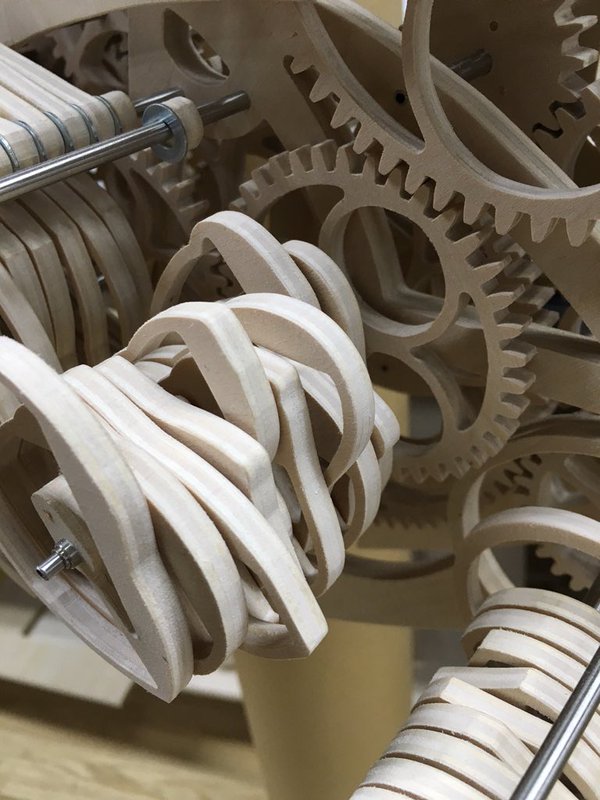 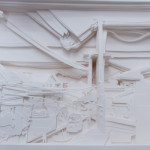 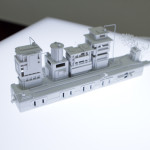 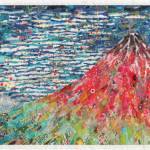