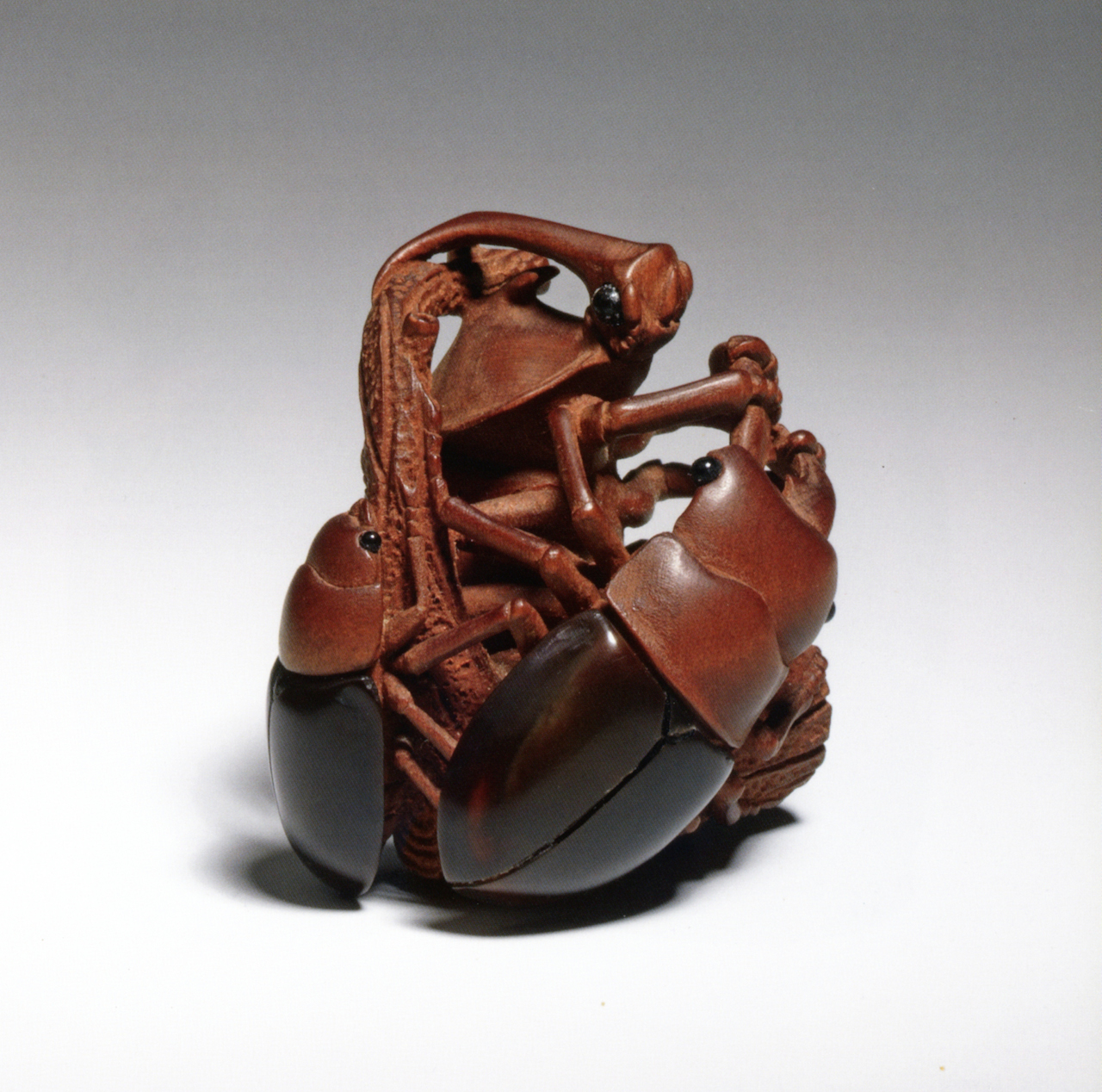 At first glance, this netsuke appears to be a confusion of spiny limbs but upon further examination you can see a pair of horned beetles clambering up a twisted twig.

The British Museum in London is home to more than 2,300 tiny and remarkable sculptures called netsuke. These intricately wrought objects are preserved cultural relics that were all the rage as men’s fashion accessories during Japan’s Edo period from the late sixteenth century to the nineteenth century.

In her book called Netsuke: 100 Miniature Masterpieces from Japan, Japanese art curator Noriko Tsuchiya details historically significant netsuke, with selections including a glowing ivory carrier pigeon to a terrifying ghoul carved in excruciating detail. Netsuke is an artform that is still practiced today, in mediums ranging from ivory and porcelain to lacquered wood and hippopotamus horn. 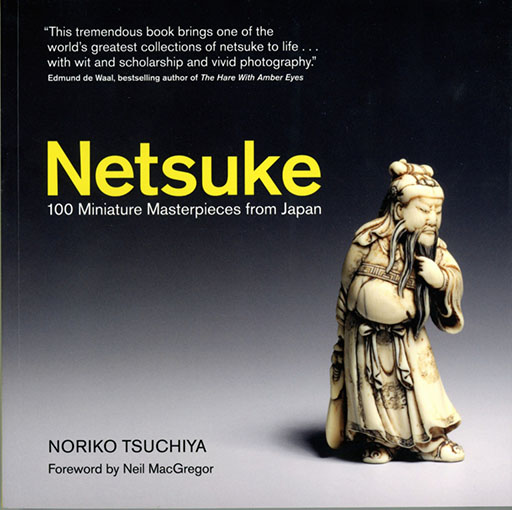 For a peek inside Tsuchiya’s book on Netsuke, visit the British Museum’s online preview.

Apparently, during the Edo period, the government was quite strict about what townsmen could and could not wear according to their rank and social status. Tsuchiya explains that although samurai dress code was very strict, men could complement their simple uniforms “with decorative additions, providing that they were worn discreetly or were hidden in the folds of their robes.” These netsuke were fundamentally fashion accessories and aesthetic symbols of social status.

This highly detailed netsuke features a range of fish one might have found in an Edo-period fish market: bream, octopus, carp, flatfish and shrimp. Tsuchiya explains that is special about this piece is the fact that each eye is inlaid with a tiny ball of metal.

To wear a netsuke, a silken cord was attached to it and then looped around the obi, which was a sash tied around the wearer’s waist. Peeking out the top of the obi, the netsuke acted as a fastener to hold a lacquered wooden container, which the Japanese called an inrō, in place as it dangled below. Some netsuke were hollow, allowing their owners to secret away forbidden or pornographic items while more ordinary objects were stored inside the inrō.

Tsuchiya draws contemporary comparisons between netsuke and cellphone charms, as well as cufflinks. Men would choose a different obi every morning, much the same as an English gentleman will select a tie for the day. 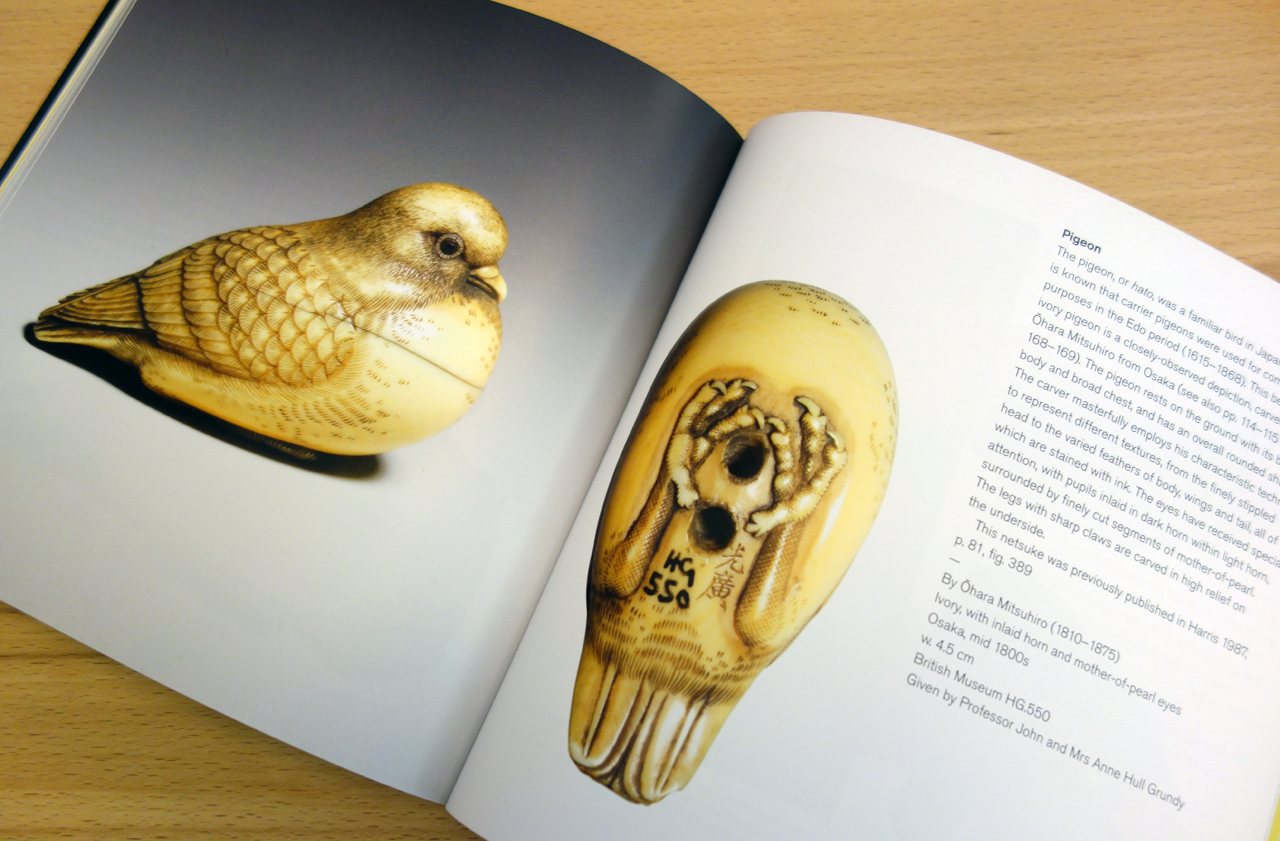 The two holes located at the bottom of this pigeon netsuke allowed a thin silken cord to be looped through and tied around a kimono sash. Below the holes and to the right, there is a delicate signature, wrought by netsuke carver Ohara Mitsuhiro. 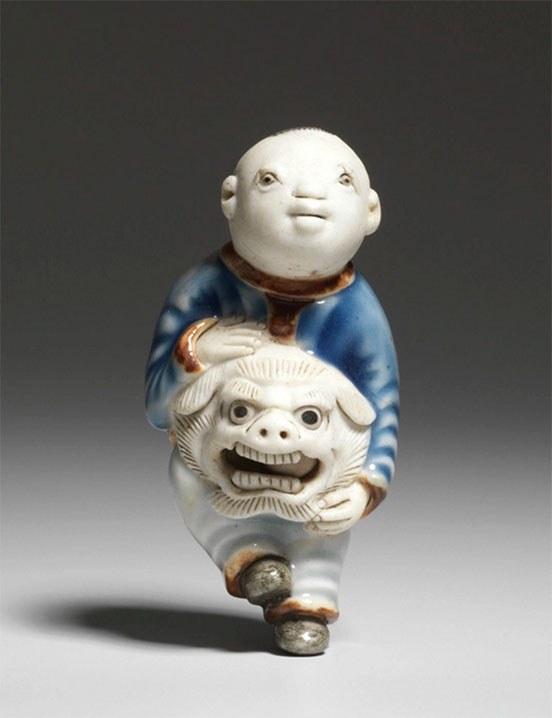 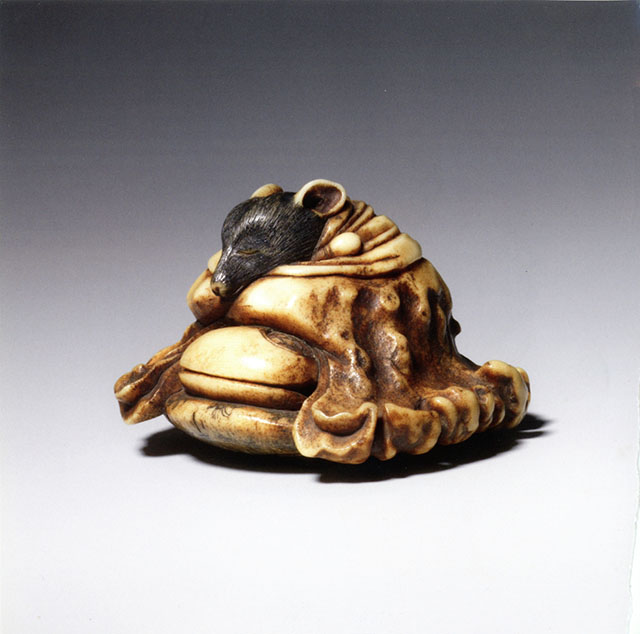 This netsuke appears to portray a sleepy fat robed rat. 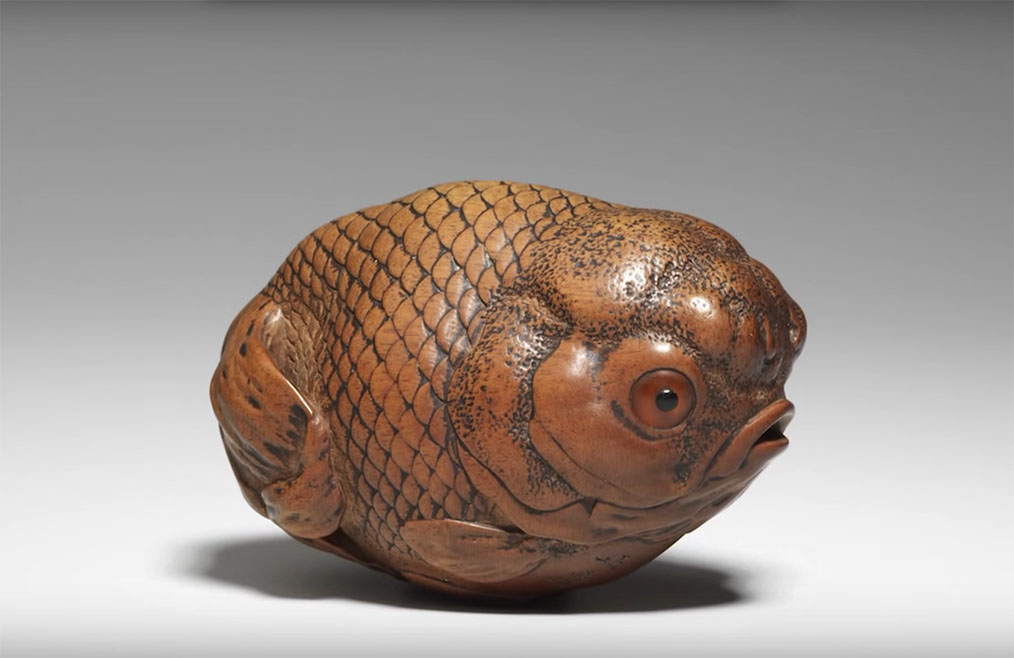 Sculpted by master netsuke artist Masanao I of Ise, this boxwood netsuke is modeled after the bulbous lion-head goldfish or ranchū. 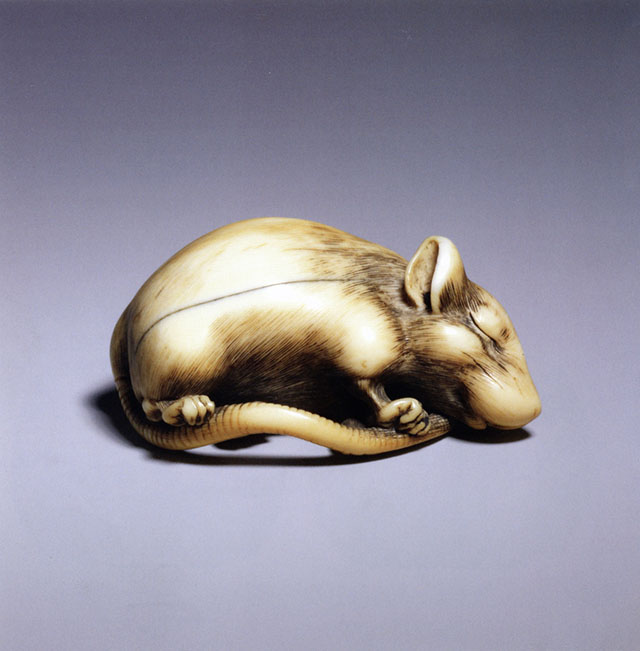 This sleeping ivory rat was carved by Masanao as well. It might have been worn as a talisman for good fortune. 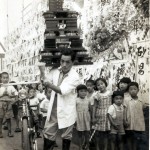 A Survey of Feminist Art in Japan