March 2, 2016 / Johnny / Comments Off on Takaosanguchi Station by Kengo Kuma 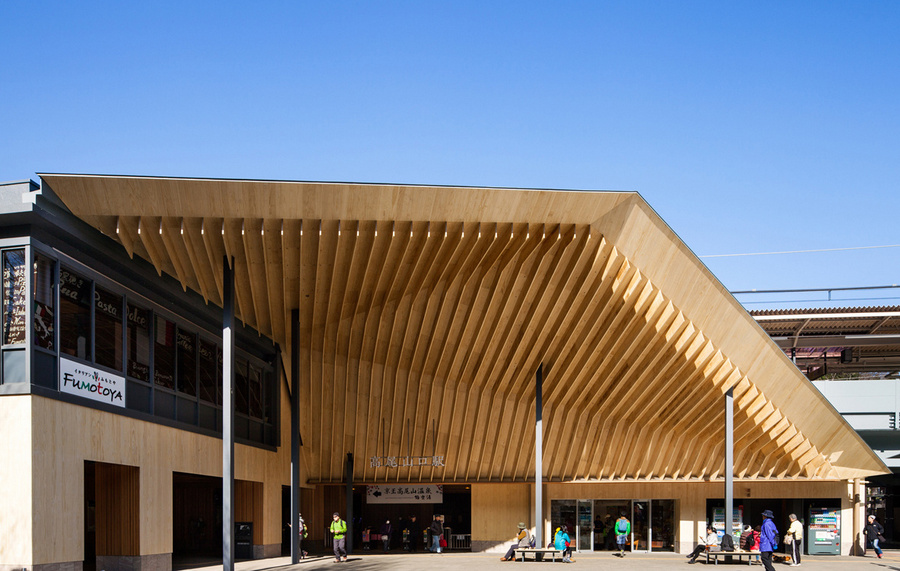 In April 2015, Keio Corp. opened its refurbished Takaosanguchi Station in Hachioji, western Tokyo, the gateway to Mount Takao. Previously a nondescript, lackluster station, it was refurbished and transformed with a grand wooden roof by architect Kengo Kuma. 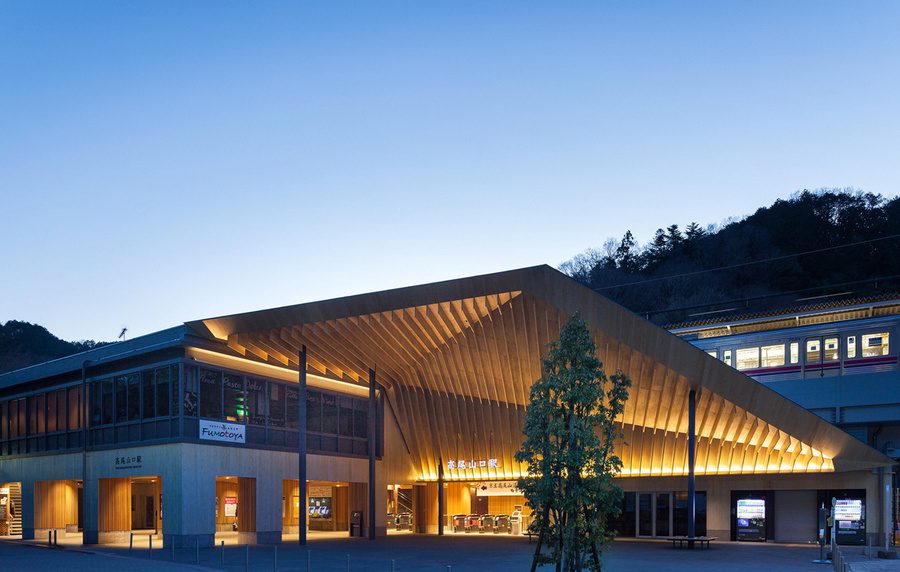 “Mount Takao is worshipped as a sacred ground in the west of Tokyo,” said Kuma. “The roof here functions as a boundary between the secular world and the holy place, represented also by the railroad as a modern infrastructure and a big natural environment.”

Mt. Takao is popular as a day trip from Tokyo and the station is used annually by over 10,000 people. There’s even an onsen built next to the station to you can rest your weary legs in a soothing hot bath after the hike.

“The platform was also freshly designed with wood, equipped with a lighting system that got a clue from some special lantern of this district,” added Kuma. “The soft and warm light from the platform guides the train passengers to the different world outside.” 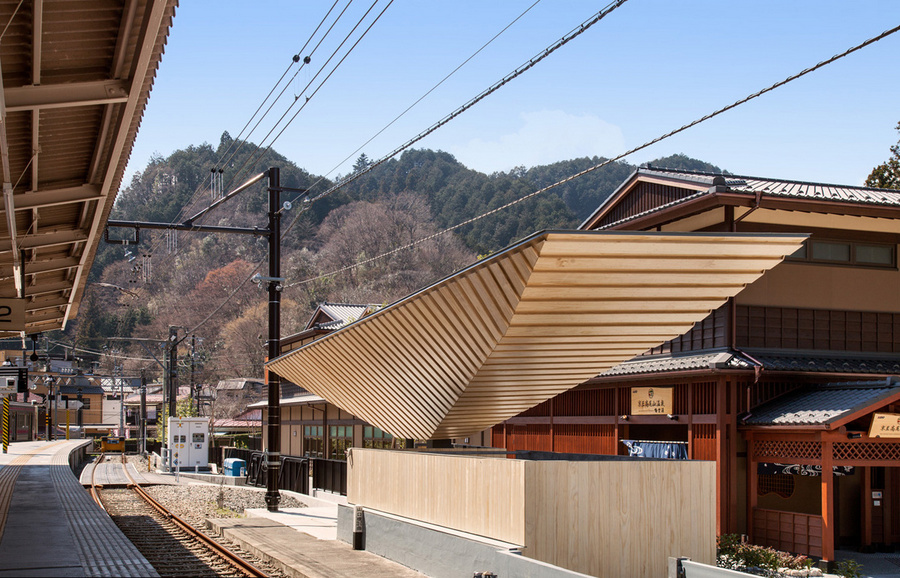 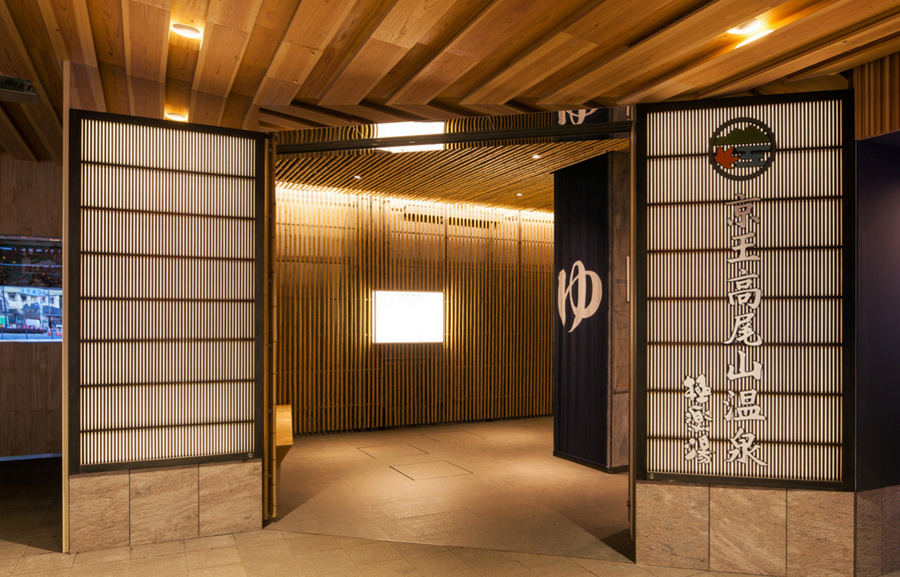 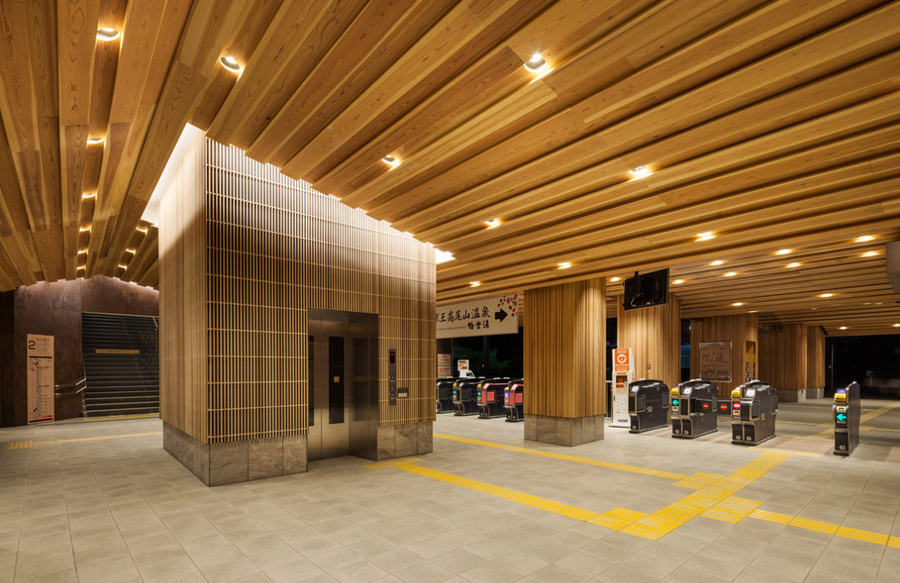