Iro Ken comes from a family of comedians. His parents are a comedian duo and his brother is also a comedian. Perhaps that explains why so many of his hand-made paper mobiles are imbued with playfulness and humor.

The “Bon Voyage” mobile depicts a humorous scene of a UFO abducting a farmer, his cow and…one other special surprise.

The “Little Red Riding Hood” mobile shows a scene inspired by the fairy tale. But in this version the young girl is prepared. She packs a pair of scissors just in case she’s swallowed up by the big bad wolf and needs to cut herself out. 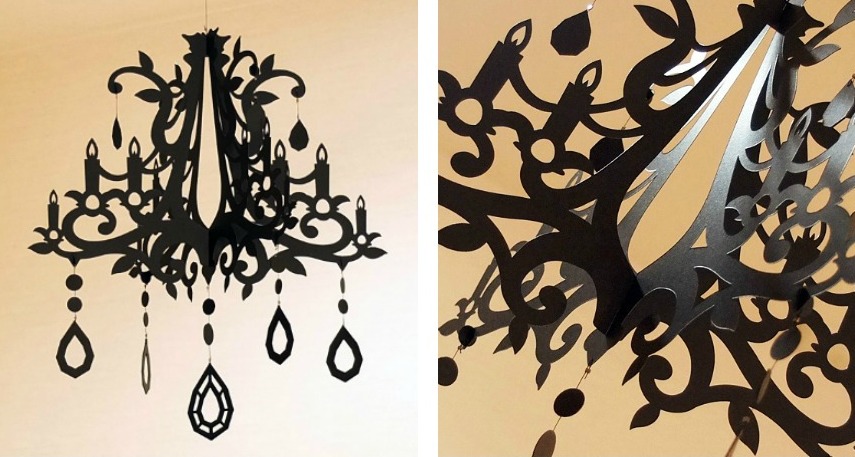 With the chandelier mobile, the artist has foregone his humor and focused on beauty. He created several dozen patterns and selected only the ones with the most beautiful shadows to create this elegant paper mobile.

All are available in the Spoon & Tamago shop and are sure to add playfulness and humor to any room. 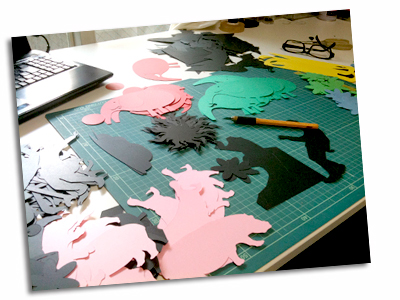 Iro Ken was originally an illustrator and manga artist but he eventually began feeling an urge to animate his creations somehow. The moment, for him, came at a Hanaregumi concert where he found himself standing underneath a gigantic sculpture of birds hanging from the ceiling. He remembers being mesmerized by it and looking up at it constantly throughout the show. Days later he had created his very first mobile. Now in his workshop “SORA mobile factory” Iro Ken creates handmade, original mobiles, as well more complex, large-scale installations. 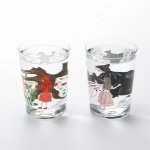 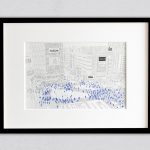 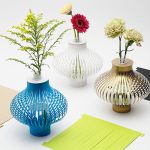