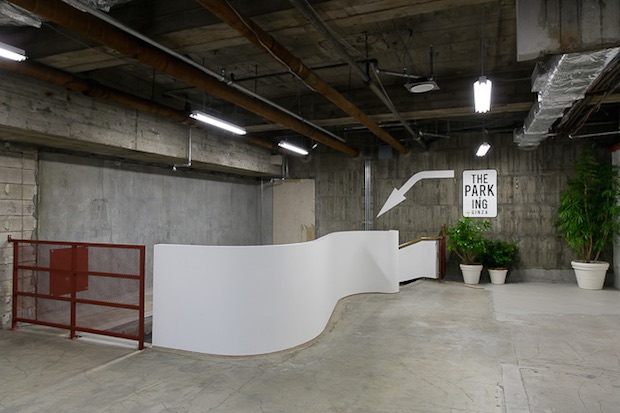 After realizing people don’t want to shop inside a swimming pool, DJ-turned-fashion-guru Hiroshi Fujiwara has called it quits on his retail venture The Pool. Does that mean he’s getting out of retail? Hardly. In fact, he’s doubling down on unique shopping experiences by opening a new select shop called The Park-Ing and it’s located in – you guessed it – a parking garage. 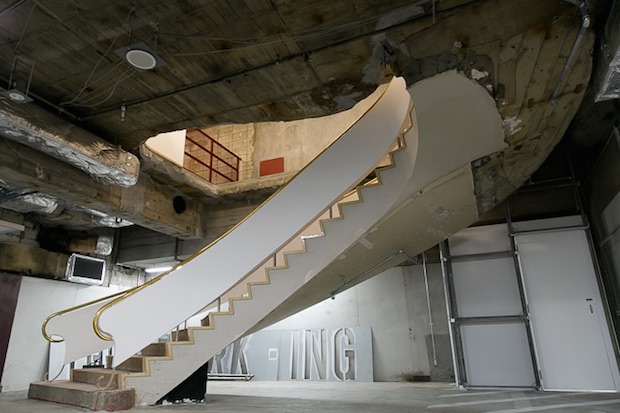 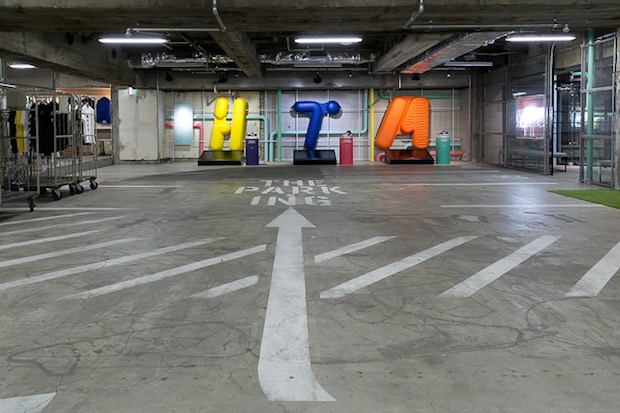 Fujiwara recalls an odd experience he once had of parking his car in a garage in Ginza. As he stepped out of his car he was surprised to find a Chinese restaurant right on the same floor. The experience of walking from his car, through the garage and right into a restaurant lingered in his mind and eventually became the impetus for his concept store. On his radio show last year he divulged his desire to open a store in a parking garage. Listening to that show was an executive at Sony, who reached out to Fujiwara with news that several floors in the basement of the Sony Building in Ginza were unoccupied. Fast forward about a year and last week on March 26, 2016 The Park-Ing officially opened for business. 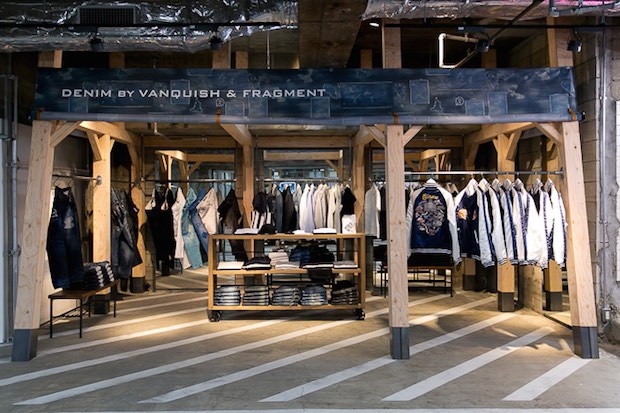 Denim By, a collaboration between Fujiwara and Vanquish

The shop is designed by Fujiwara’s go-to architect Nobuo Araki and can be characterized as a bare-bones space with exposed concrete, just like a parking garage. This helps to highlight the selection of shops that are calling the space home, which include some of Japan’s hottest apparel brands. There’s the trendy fragrance and beauty brand retaW, as well as Denim By, a collaboration between Fujiwara himself and Ryo Ishikawa’s Vanquish. A lifestyle retailer, an accessory brand and a record shop will also be included in the mix. Motofumi Kogi of United Arrows, better known as Poggy, will have his own space as well called “Poggy’s Box.” 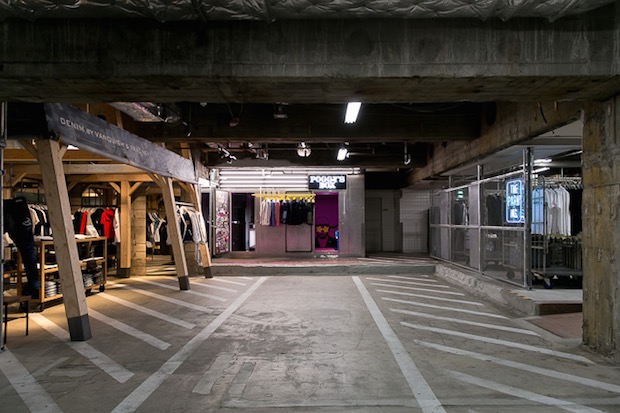 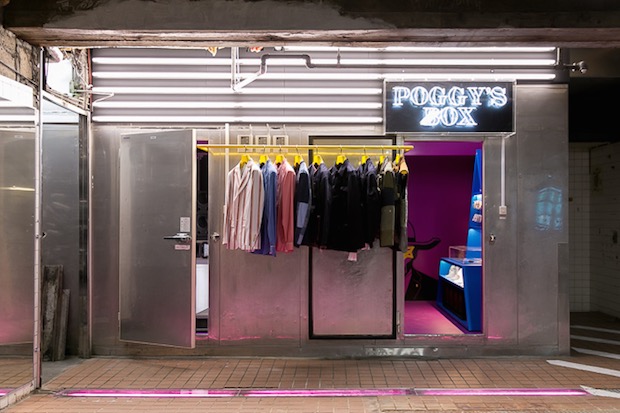 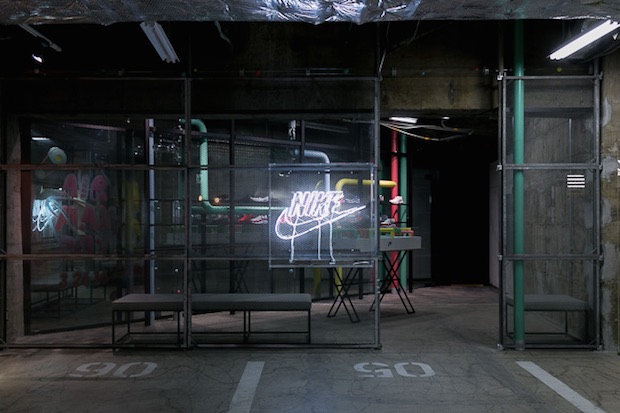 A Fujiwara-curated NIKE shop will also have a presence 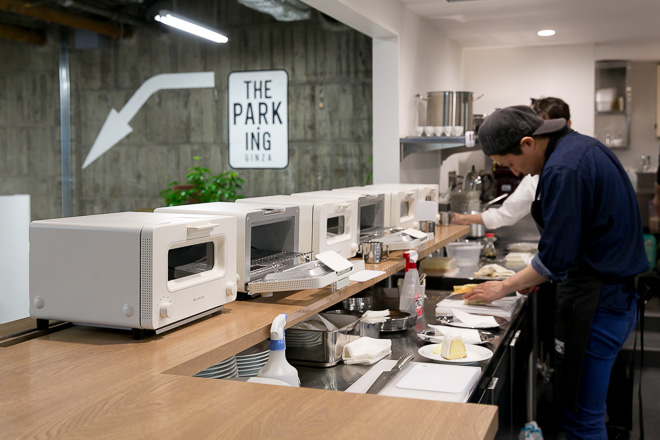 the “toast artists” of Cafe du Rope at work 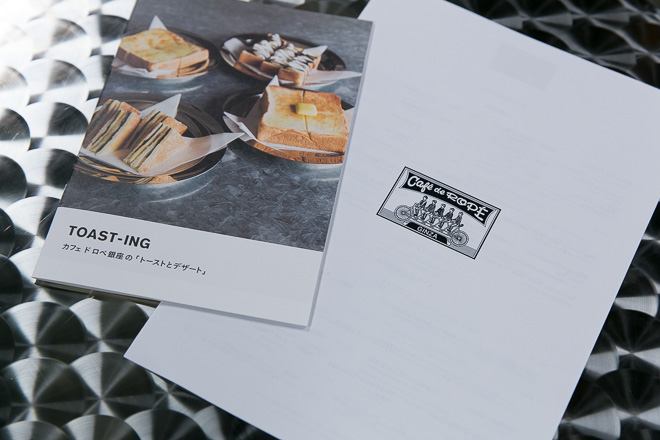 On B3, Cafe de Rope will serve artisanal toast and coffee to those in need of a rest. 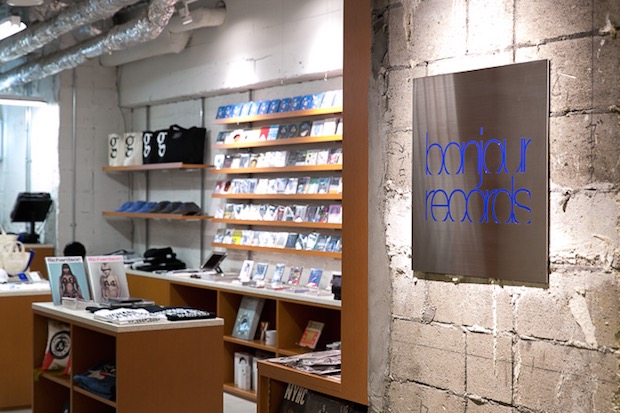 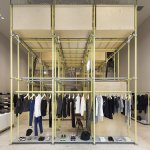 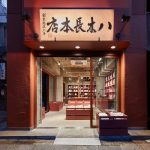