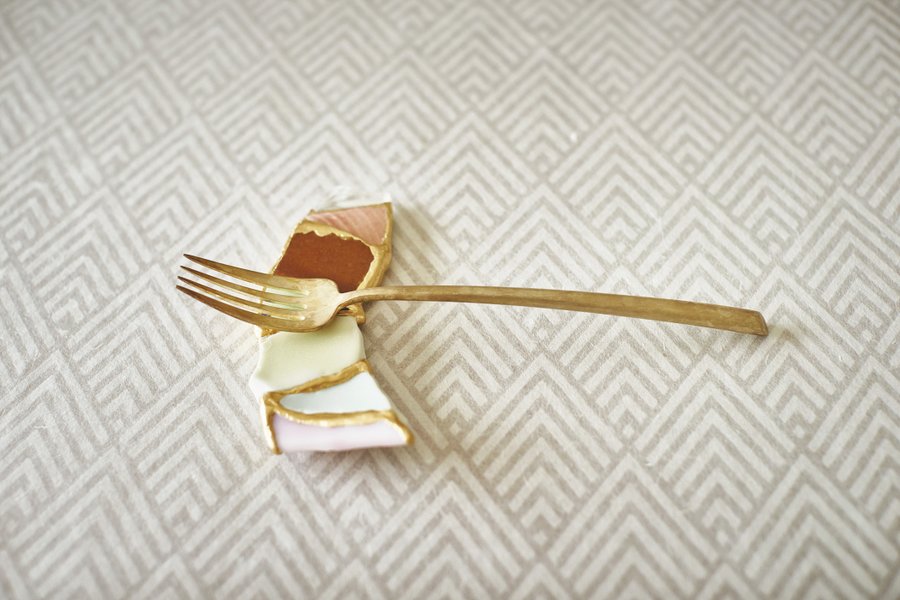 “As every Japanese has realized, the waves can take away a great deal from us,” says artist Tomomi Kamoshita. “But it is also true that we greatly benefit from it.” Using broken pieces of ceramics that she picked up on the shore, and combining it with pieces of her own broken ceramics, the Tokyo-based potter uses the ancient kintsugi method of repairing ceramics to turn the shards into one-of-a-kind chopstick rests. 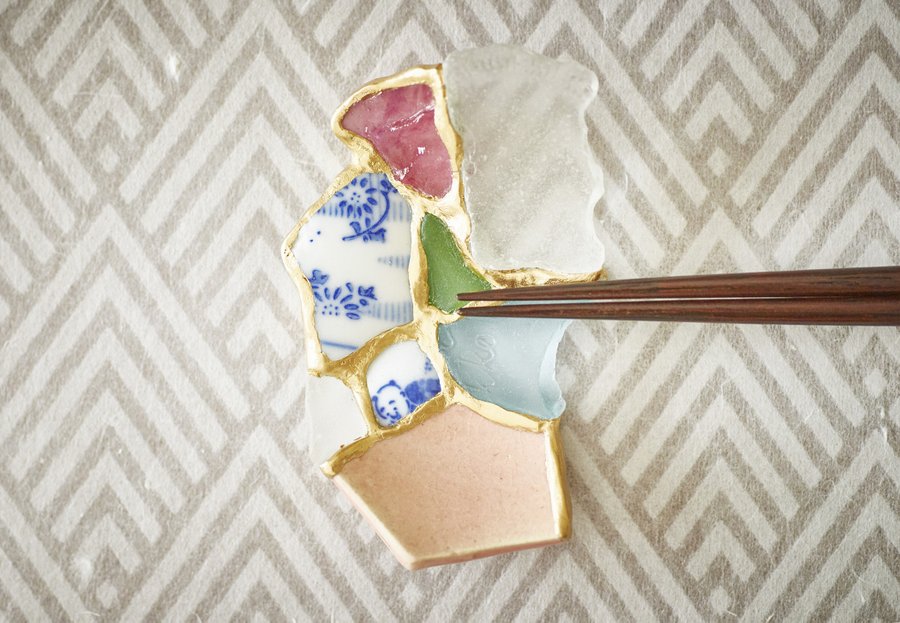 If the broken pieces of ceramics could talk, some would tell you that they fell off a ship. Others would tell you they were swept away by a tsunami. Some might even simply have been thrown away. But rather than focus on their tragic state of being, and how they got that way, Kamoshita looks to the future; the revival. “I wanted to revive what wave have brought us,” she says. In fact, many of the shards have been polished by the waves and sand while all the while retaining their beautiful colors.

As a potter, Kamoshita was skilled in the ancient craft of kintsugi: “a Japanese traditional repairing technique used to connect broken pieces together with gold.” Using this method – intended to accentuate the cracks rather than hide them – the artist pieces together the broken ceramics she’s collected. The pink pieces, she explains, are her own broken ceramics, which she likens to the cherry blossoms that come back to life every Spring. 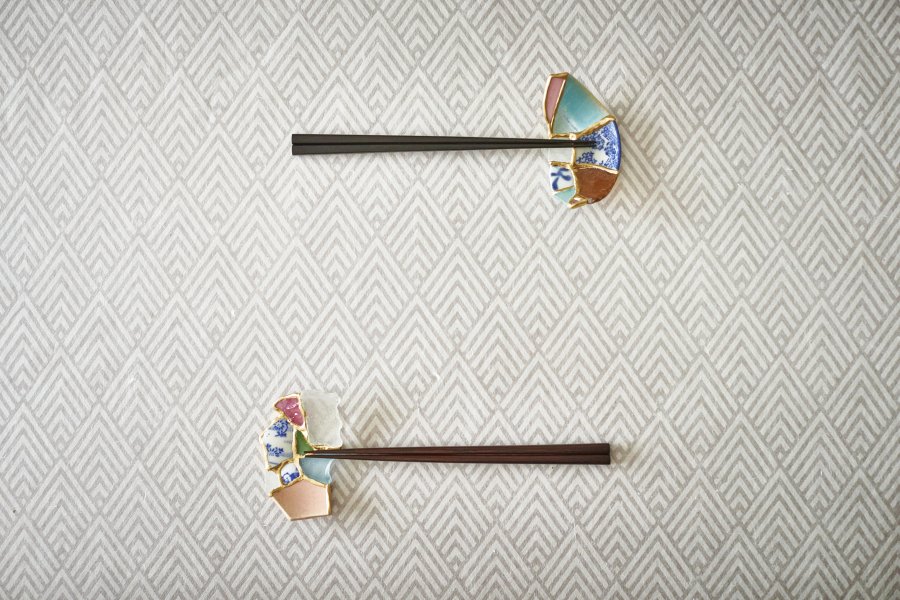 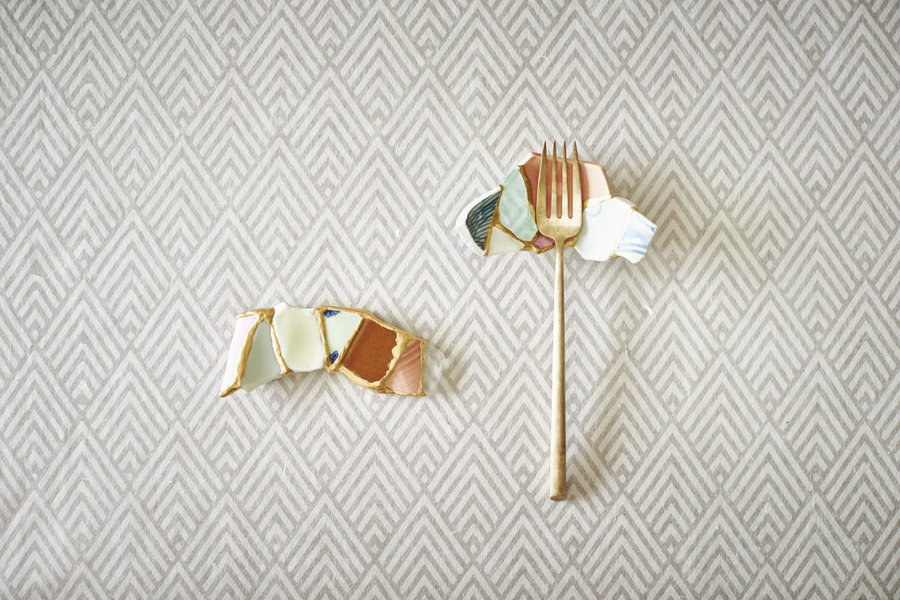 Kamoshita received honorable mention in the 2016 Ronin | Globus Artist-in-Residence Program, for which Spoon & Tamago was a judge. The ceramic pieces will be on display in the group exhibition “Contemporary Talents of Japan” from June 23 to July 30, 2016 at the Ronin Gallery in New York. 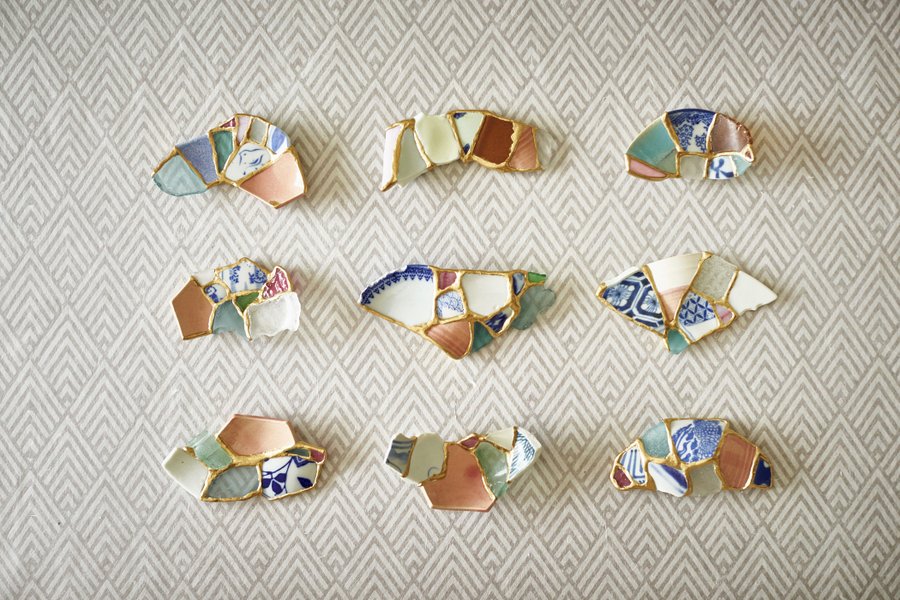 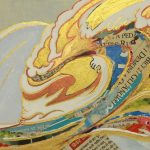 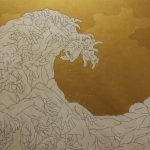