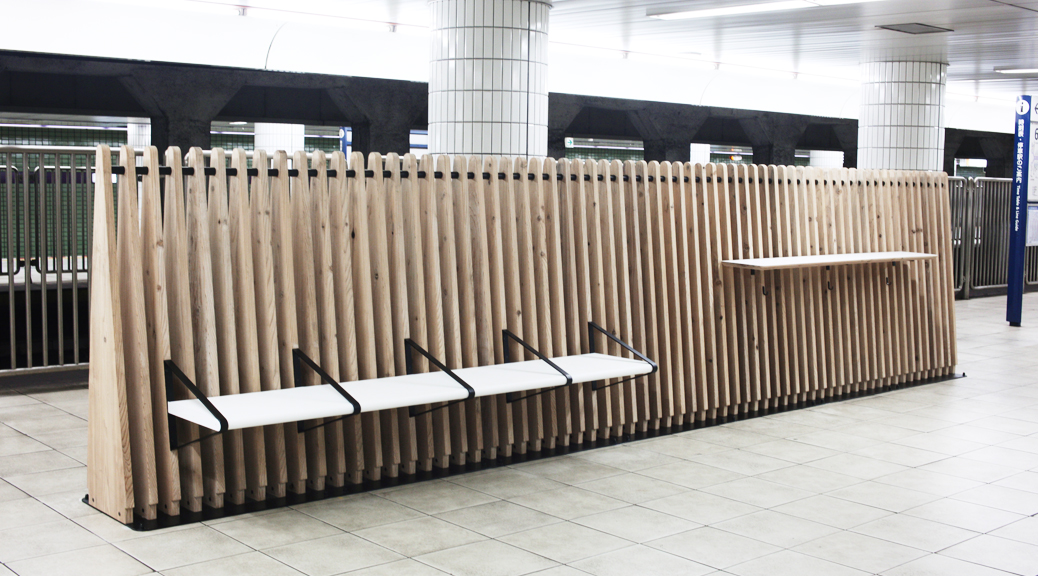 The Tokyo Metro opened Japan’s first Subway, the Ginza Line, in 1927. Almost 90 years have passed and the underground network of trains has grown to become one of the world’s most complex yet well-working subterranean infrastructure systems. But times have changed. Lifestyles have evolved and, naturally, the values that society looks for in public transportation have also shifted.

To keep up, Tokyo Metro enlisted Nikken Activity Design (NAD) Lab to rethink our relationship with public transportation and what a renewal of the Tokyo Metro might look like. 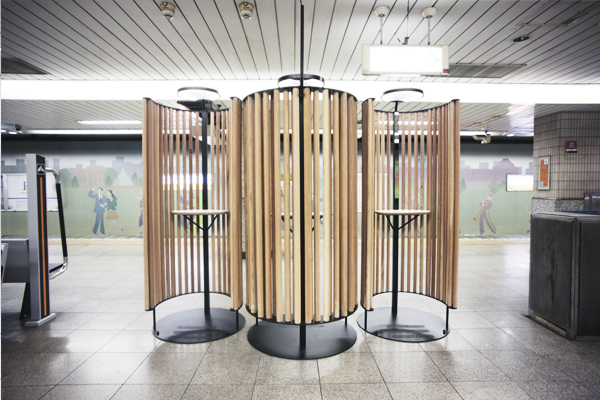 The results of this study were first seen in late March of this year when a series of wooden benches and working stations appeared in the concourse, and on platforms, of 3 stations along the Ginza line: Tameike-Sanno, Omotesando and Ginza.

The warmth of wood is not a material often associated with utilitarian subway stations. But that wasn’t the only thing that surprised Tokyo’s straphangers. The standing workstations were reminiscent of private phone booths, which had all but disappeared with the dissemination of personal devices. 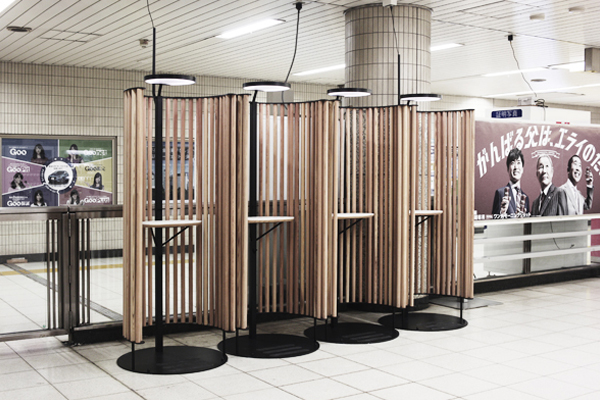 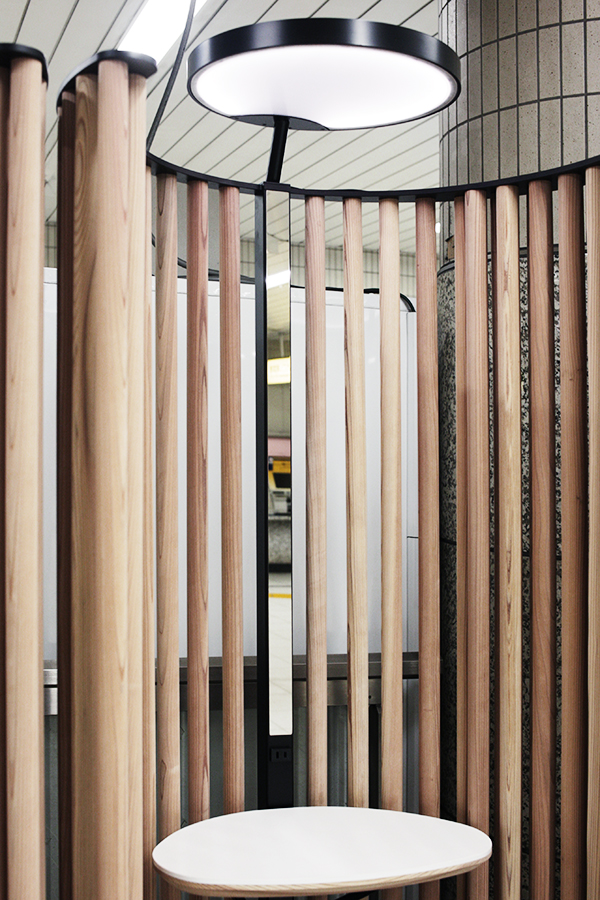 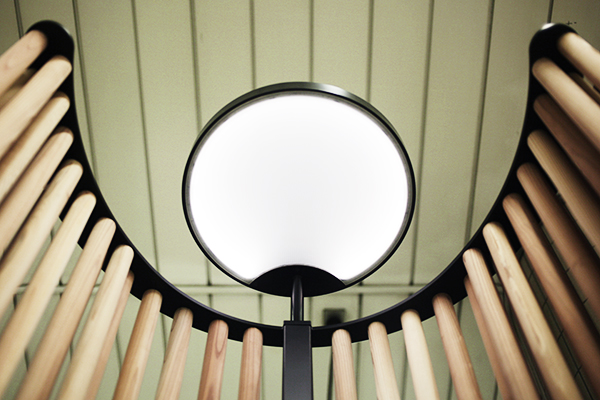 Each desk was equipped with a power outlet, a small mirror, as well as hooks where you can hang bags or briefcases. The wooden half-domes utilize acoustic technology that had originally been developed for auditoriums. They allow for the creation of semi-private spaces where you can talk on cell phones without raising your voice, or having to ask your counterpart to repeat themselves. What looks like a shower head is actually an LED light that helps induce a calming atmosphere. 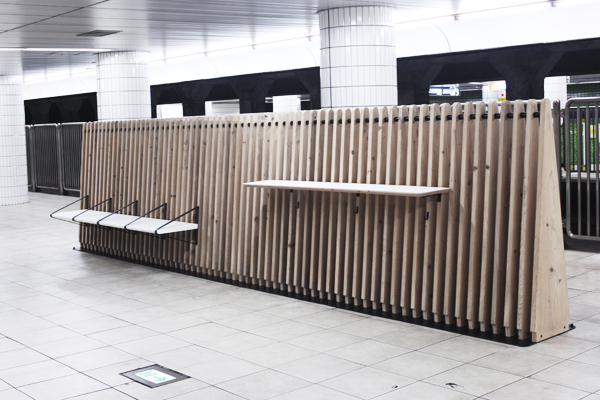 The same attention to detail went into the benches as well. Travelers often ride the subways with large bags or briefcases. The slightly elevated shelves are perfect for resting your bag, or going through it if you need to find something. Hooks underneath the shelves also allow for the space to be used to open up a laptop and finish up that presentation while you’re waiting for your train. 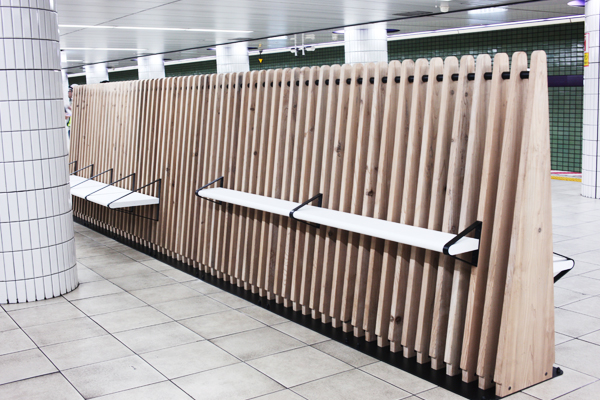 “We wanted to create a space that connected the underground with the aboveground,” said creative director and strategist Hiraki Yasuda, speaking with Tabi Labo. The team at NAD specializes in what they call “activity design;” in other words, innovating private and public spaces where society conducts certain activities. Activating spaces, and utilizing them to their full potential, can help make society a better place. 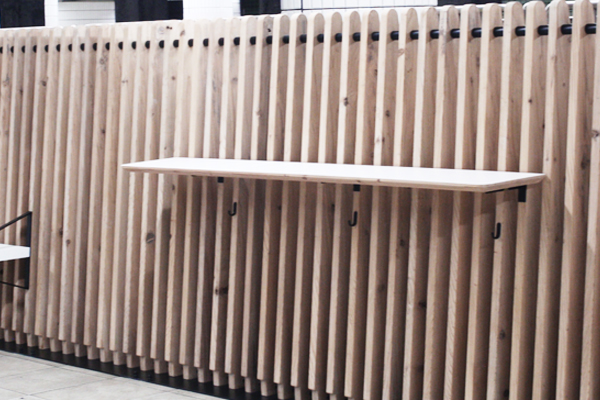 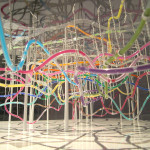