July 7, 2016 / Johnny / Comments Off on The Surreal Levitating Air Bonsai Are Now Available

Back in January of this year the Hoshinchu team released a fascinating product: the air bonsai. It was a levitating plant propelled into the air with a magnetic force, creating a surreal, magical bonsai. The Kyushu-based company was looking for funding on kickstarter, and they got it. The Air Bonsai surpassed everyone’s expectations and raised close to 1 million dollars.

Now the team brings good news for those who missed out on the original campaign. They’ve just launched an online store and are taking up to 500 pre-orders for delivery in November and December.

And it’s no coincidence that the team made the announcement of their online shop today. In Japan, July 7 is tanabata, a festival celebrating the meeting of the deities Orihime and Hikoboshi (represented by two stars in the sky). And a tanabata tradition is to wish upon the stars by writing your wish on colorful paper and hanging it from bamboo.

The Hoshinchu team has always likened their floating plants to “little stars” that, together, form a small galaxy. We’ve never had much of a green thumb, but maybe with a little help from the stars we’ll have an air thumb! 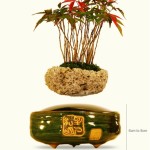 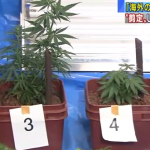 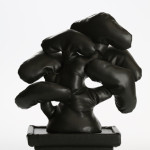