Sakanaction is a Japanese rock band formed in 2005 around and fronted by Ichiro Yamaguchi. He’s joined by the rather rare combination of 2 females and 2 males. The band’s name is a portmanteau of the words sakana, meaning fish – chosen also for the words rarity in band names – and action.

A majority of the band members hail from Hokkaido, where they originally met in high school. Sakanaction merges elements of traditional rock with new wave and electronica. Yamaguchi, with his thin-rimmed circular glasses, counts, among others, Japanese folk singers of the 60s and 70s like Wataru Takada and Masato Tomobe, who sang about political and social issues. Later down the road he got more into the electronic sounds of Kraftwerk, Jeff Mills and Tortoise.

Action came for Sakanaction in 2010 when their single Arukuaround shot to 3rd on the charts in Japan, exposing them to a whole new fan base. And since then their music has gone on to be fairly successful, which is difficult in a land where charts are dominated by the bubble gum sounds and synchronized dancing of girl and boy bands. “Sure, there’s a lot of crap music here, but there’s a lot of good stuff, too,” he said in a 2010 interview. “Intelligent music is in the minority now, but I believe it will become mainstream in the future.”

Six years later Sakanaction is still playing their part. Their latest single Shintakarajima (above) is a catchy, anachronistic track whose music video pays tribute to the variety shows of the 70s and 80s. The title is also a nod to manga genius Osamu Tezuka’s 1947 comic of the same name.

Like what you hear? You can find more of their music on YouTube (however, their record label has blocked most of their music videos from audiences outside Japan). Sakanaction is also on Twitter Facebook and Instagram. And be sure to check out our other Music Monday picks. 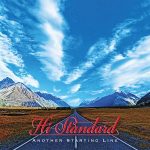 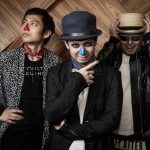