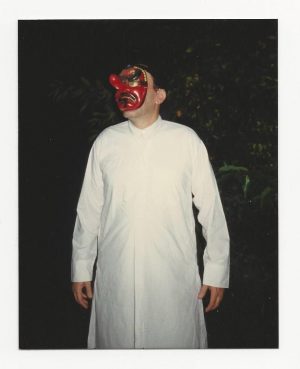 My Dad likes to say he began the Halloween tradition of costuming in Japan. When we first moved there in the early 80s hardly anyone had heard of Halloween. My Dad though, being the prankster that he is, found pleasure in dressing up in a white cloak with a Tengu mask and walking around our neighborhood. And at 6 ft 4 I’m surprised no one ever called the police on him.

We would also host small Halloween parties for the local kids, teaching them about jack-o-lanterns and the joys of trick-or-treating. These small gestures, combined over the years, may very well have helped contribute to the spread of Halloween consciousness in our small community.

But costumes and disguises have long been a part of Japanese culture, which makes it surprising that Halloween is just now gaining mass-participation. In fact, ukiyo-e woodblock prints from the 1800s reveals that costumes were a very real part of many Japanese traditions.

One example is this can be found in a piece by prominent ukiyo-e artist  Hiroshige Utagawa depicting a summer moon festival. Painted between 1841 and 1842, the scene captures a vibrant procession of people. One individual in particular seems to be having way more fun than anyone else. Why? Because he’s dressed like an octopus. 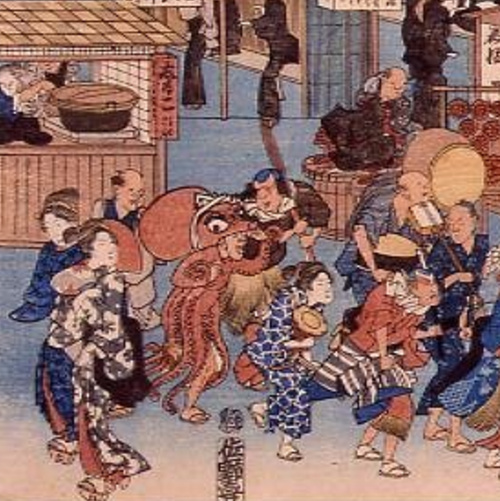 There was another popular event during the Edo period called Nerimono, in which people would dress up as famous actors or historical figures and parade through town. Spectators would often yell “shomou,” meaning “more,” which would prompt an extended impersonation of the character.

Nerimono was a popular subject in Ukiyo-e and many of the costumes are well-documented. 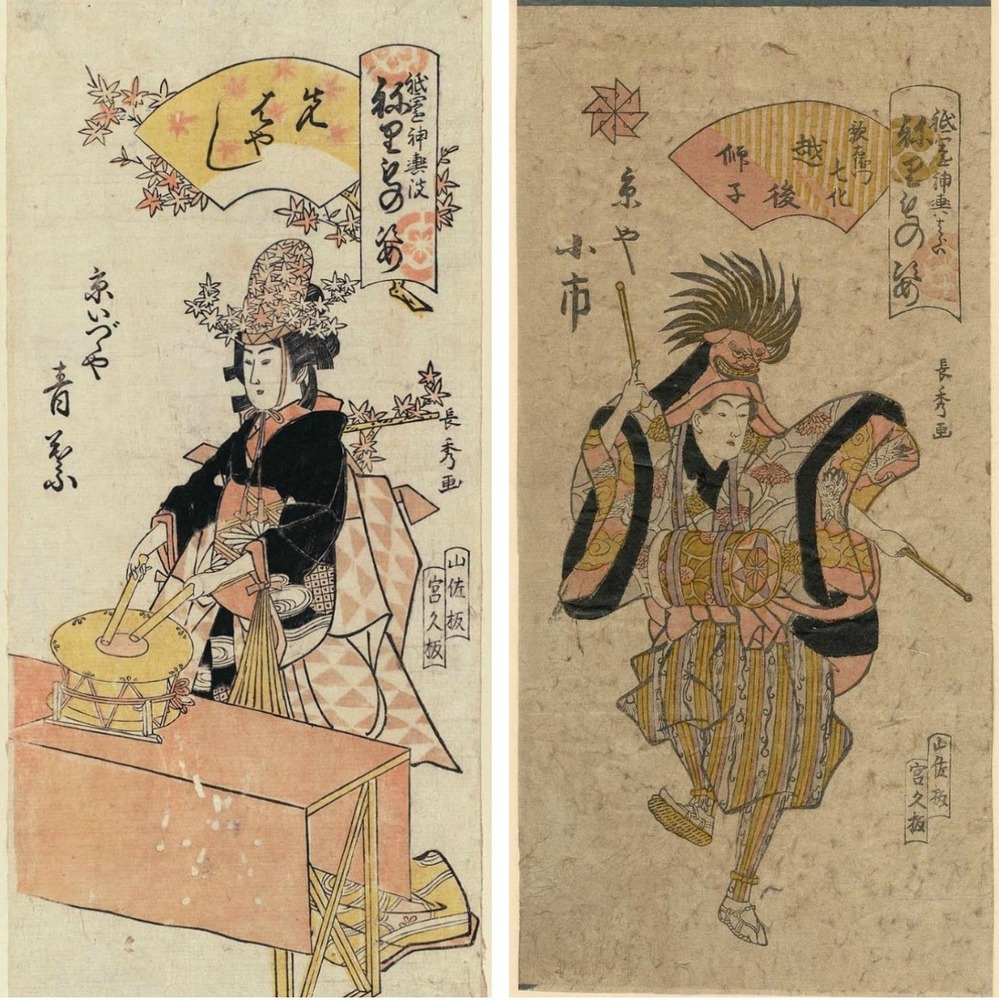 Left: a musician costume| Right: the Echigo Lion costume. Both by Urakusai Nagahide in 1813 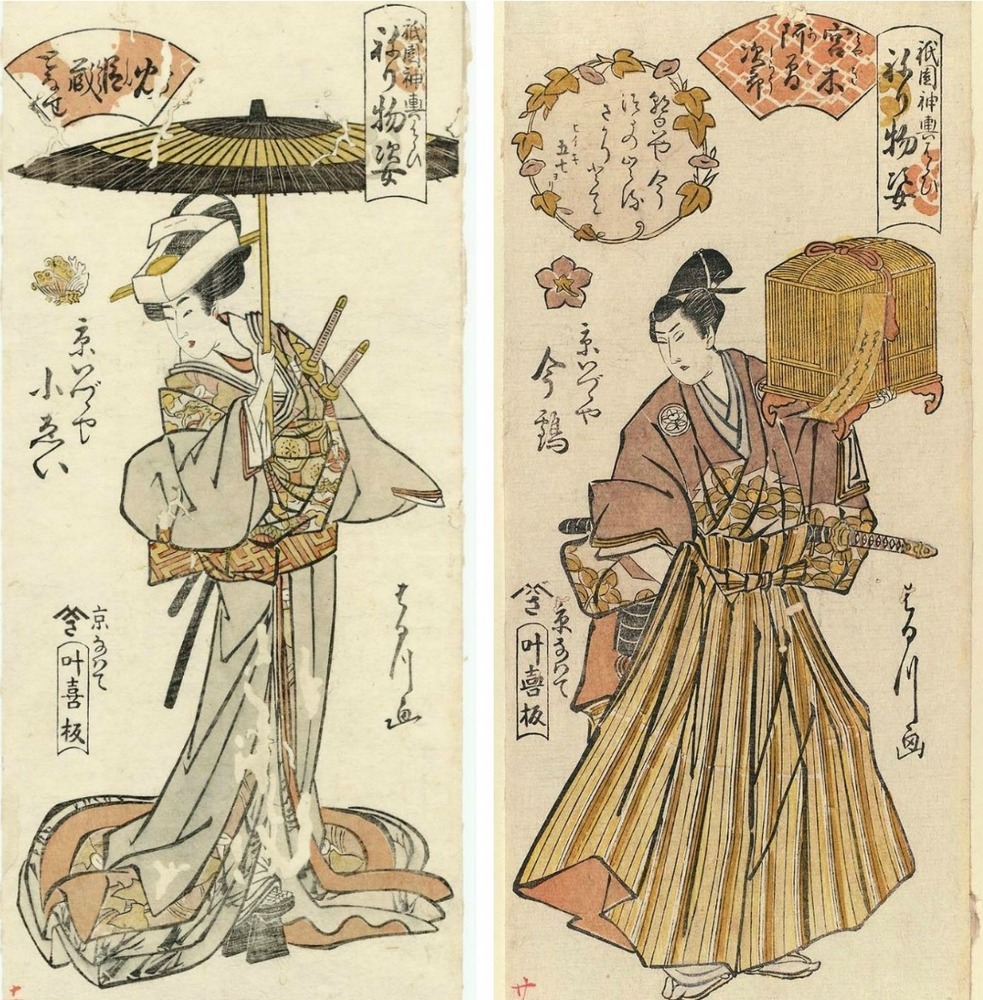 Left: a Chushingura costume | Right: an unknown costume. Both by Harukawa Goshichi in 1814 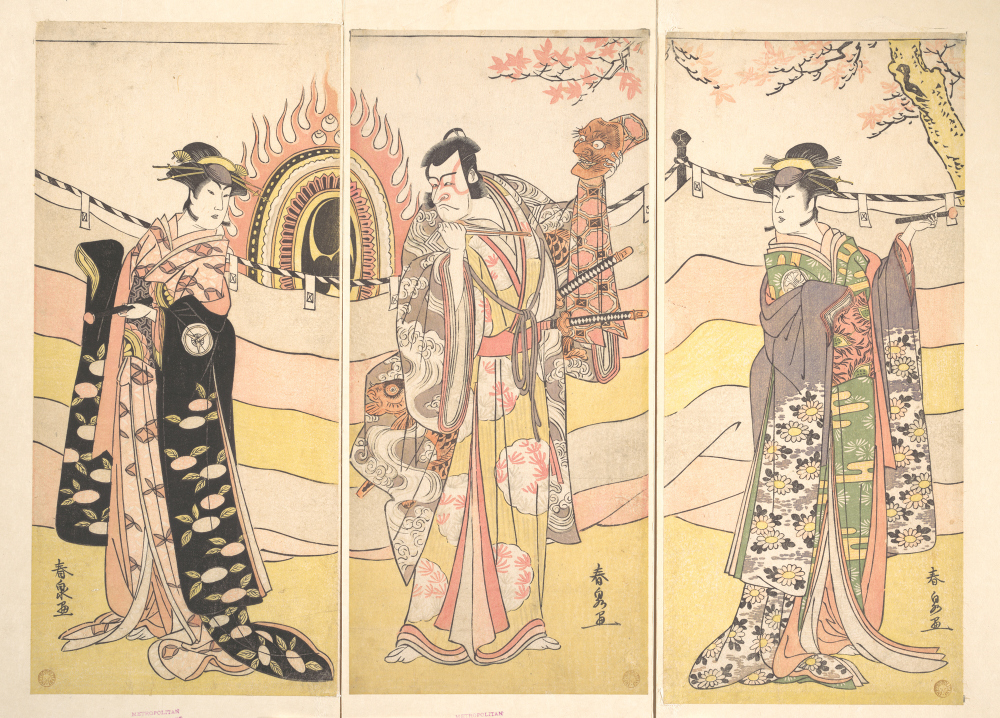 actors in costumes performing a dance. By Katsukawa Shunsen (1785) 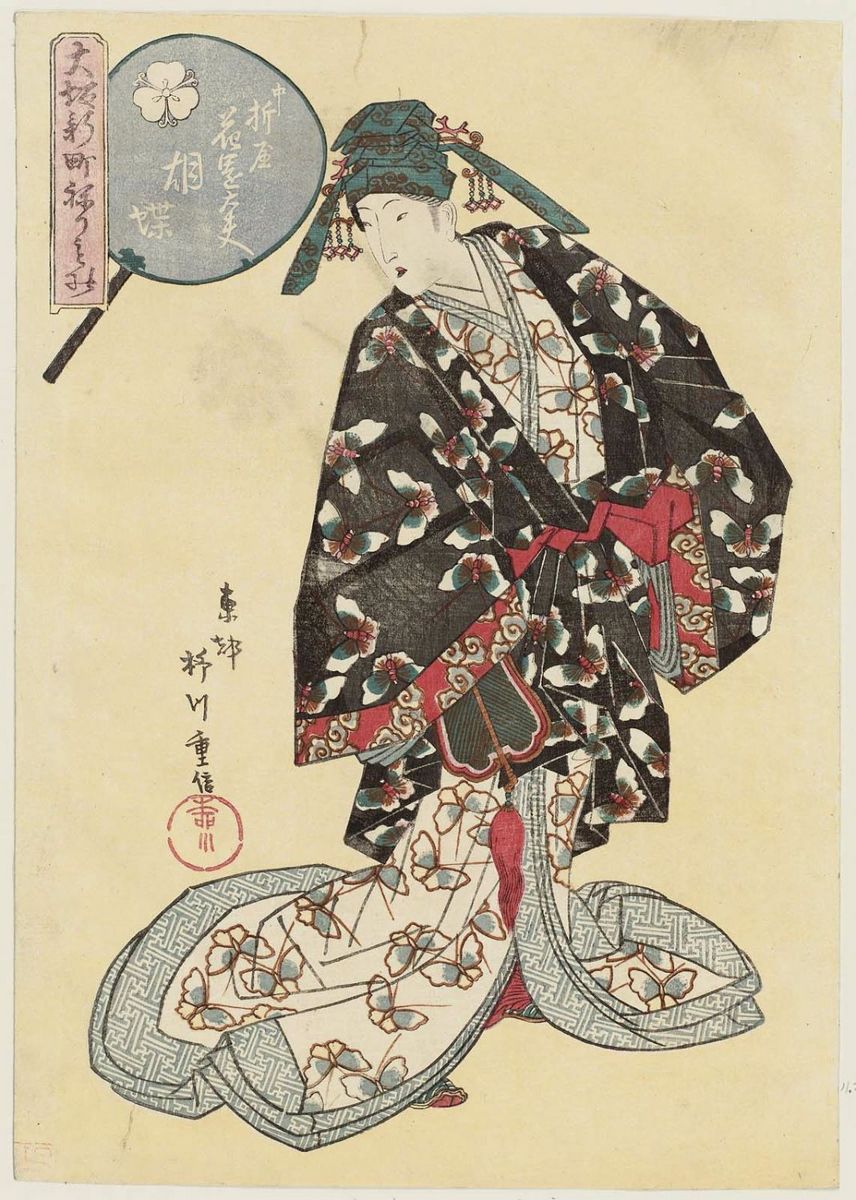 A butterfly costume. By Shigenobu Yanagawa (1822) 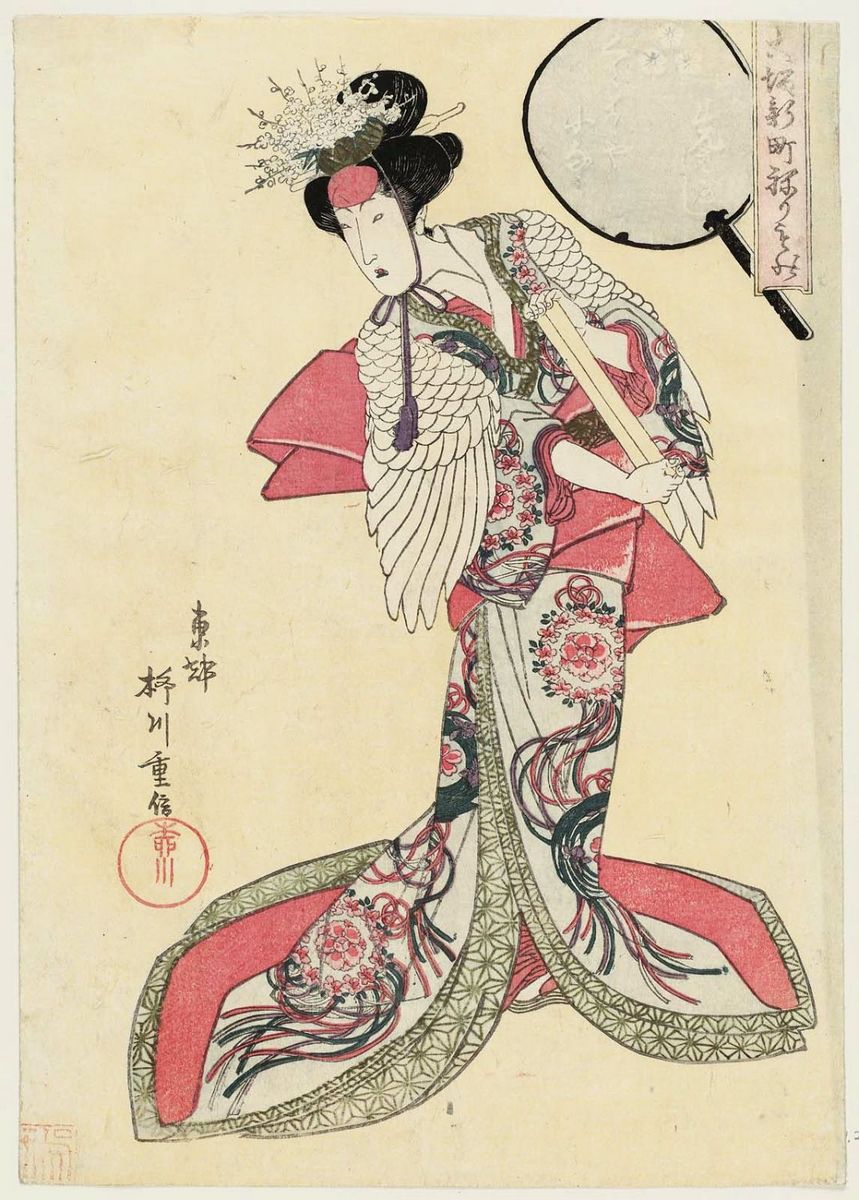 If you need more costume inspiration, there are plenty of other Nerimono costumes.