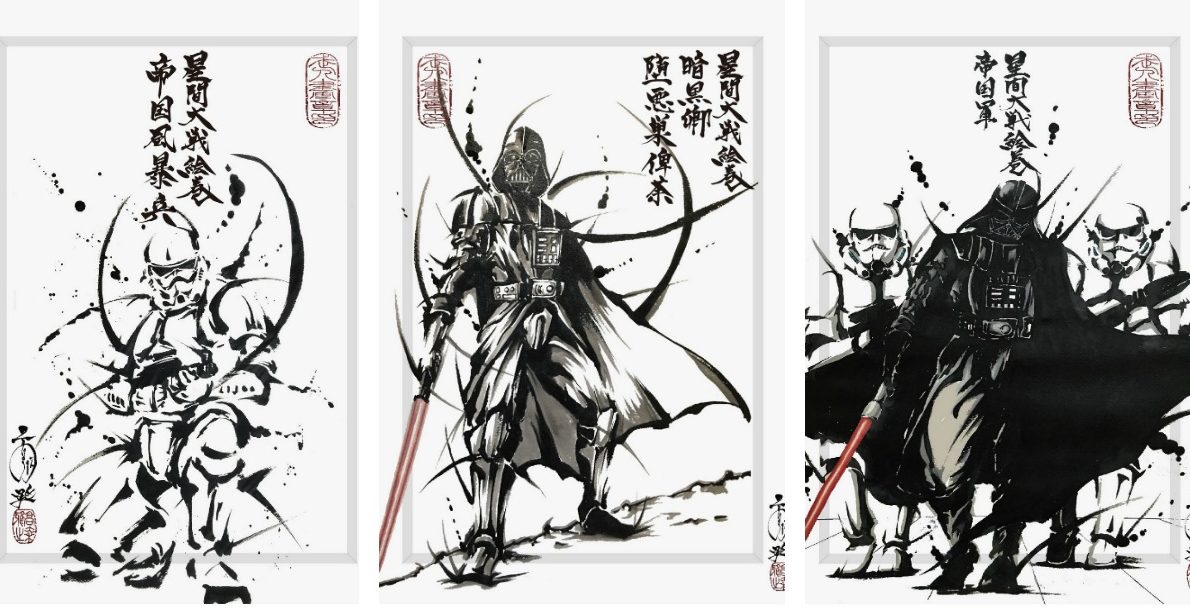 Bujinga is a very specific Japanese art form that evolved in the Kamakura period. Bujin (武人) means warrior and ga (画) is painting. And so the bujinga portraits were depictions of samurai warriors intended to capture the legacy of the brave and pass them on to future generations.  In a contemporary iteration, bujinga artist Masayuki Kojo captures characters from Star Wars, creating versions of Darth Vadar and the Storm Troopers like never seen before. 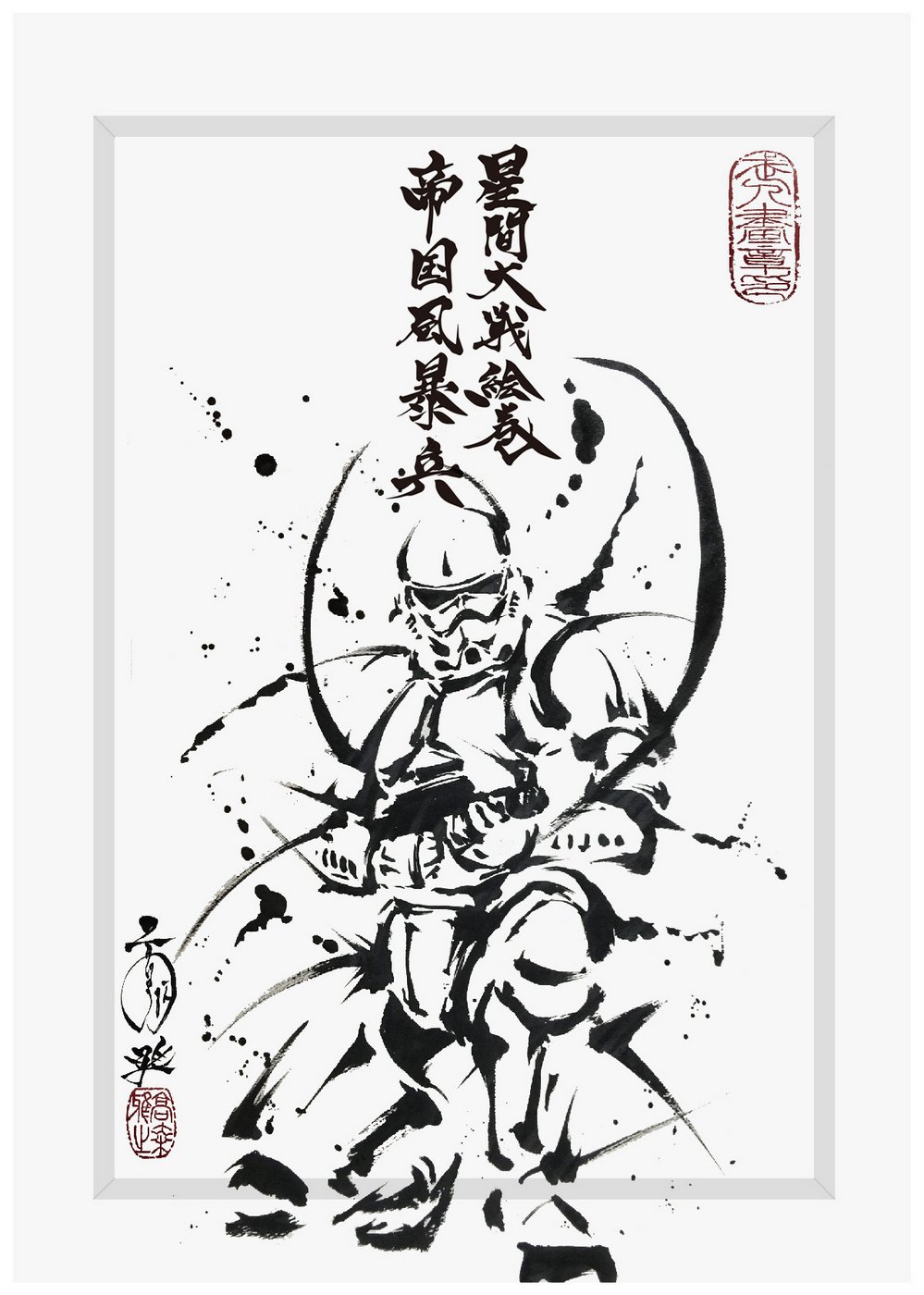 You might recognize Kojo’s work from the popular manga Vagabond, Naruto or One Piece but he’s a 38-year old bujinga artist who has, in recent years, been sought after for his stylistic ink paintings that capture a certain strength and intensity of the subject.

“Bujin does not refer to those who fight, but rather to those who await their destiny,” says Kojo, explaining the essence of his muses. And it’s with that same interpretation that Kojo is creating a series of paintings that depict the characters from Star Wars.

The project consists of 3 different designs that will be reproduced 10 times by hand so each will be original paintings. Kojo will be selling the paintings for 198,000 yen each, or about $1,760. They will go on sale December 3, the same date of the global opening of Rogue One. But they’re only going to be available at the Shinjuku showroom of furniture retailer IDC Otsuka. Here’s a map in case you want to go get in line right now. 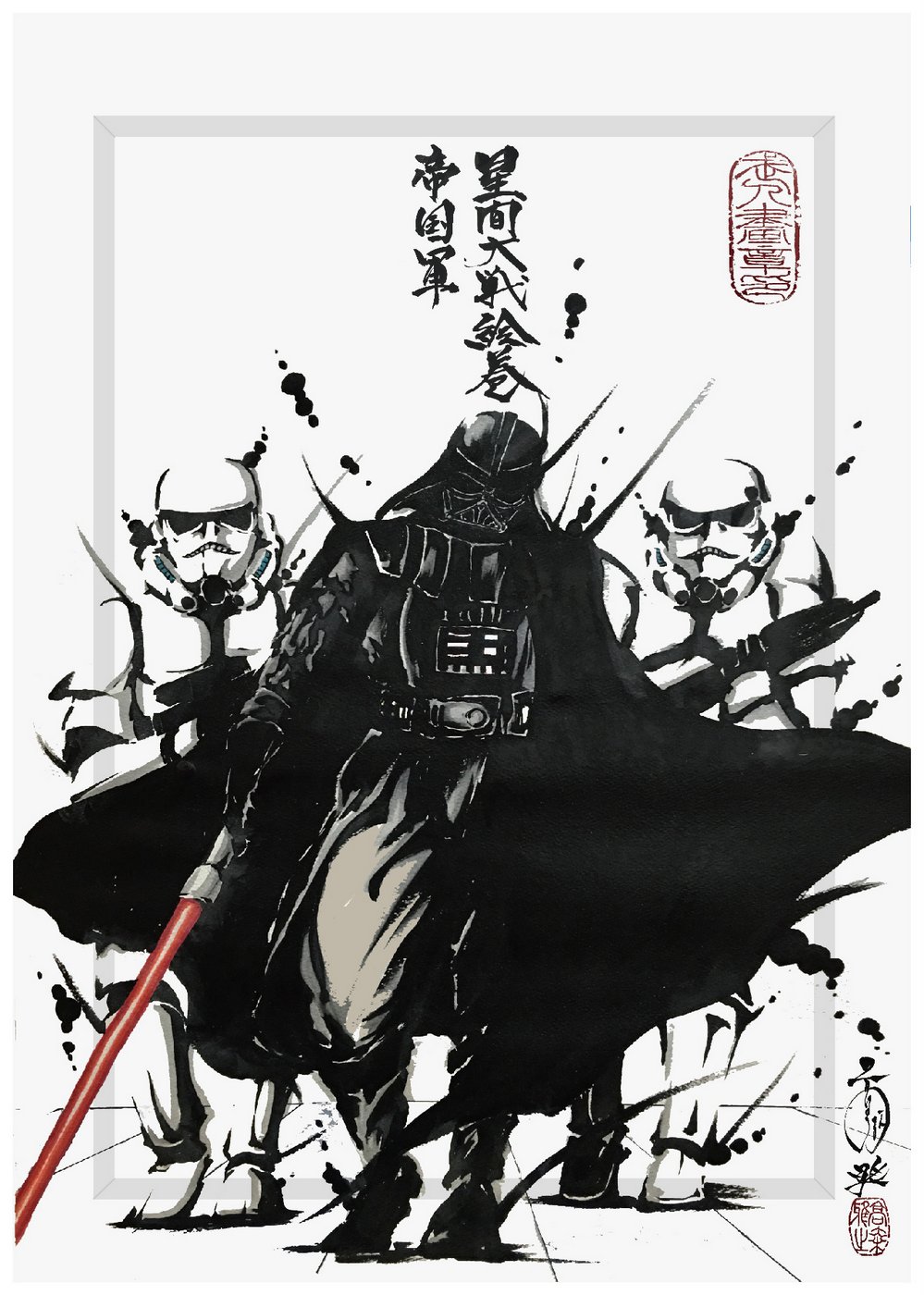 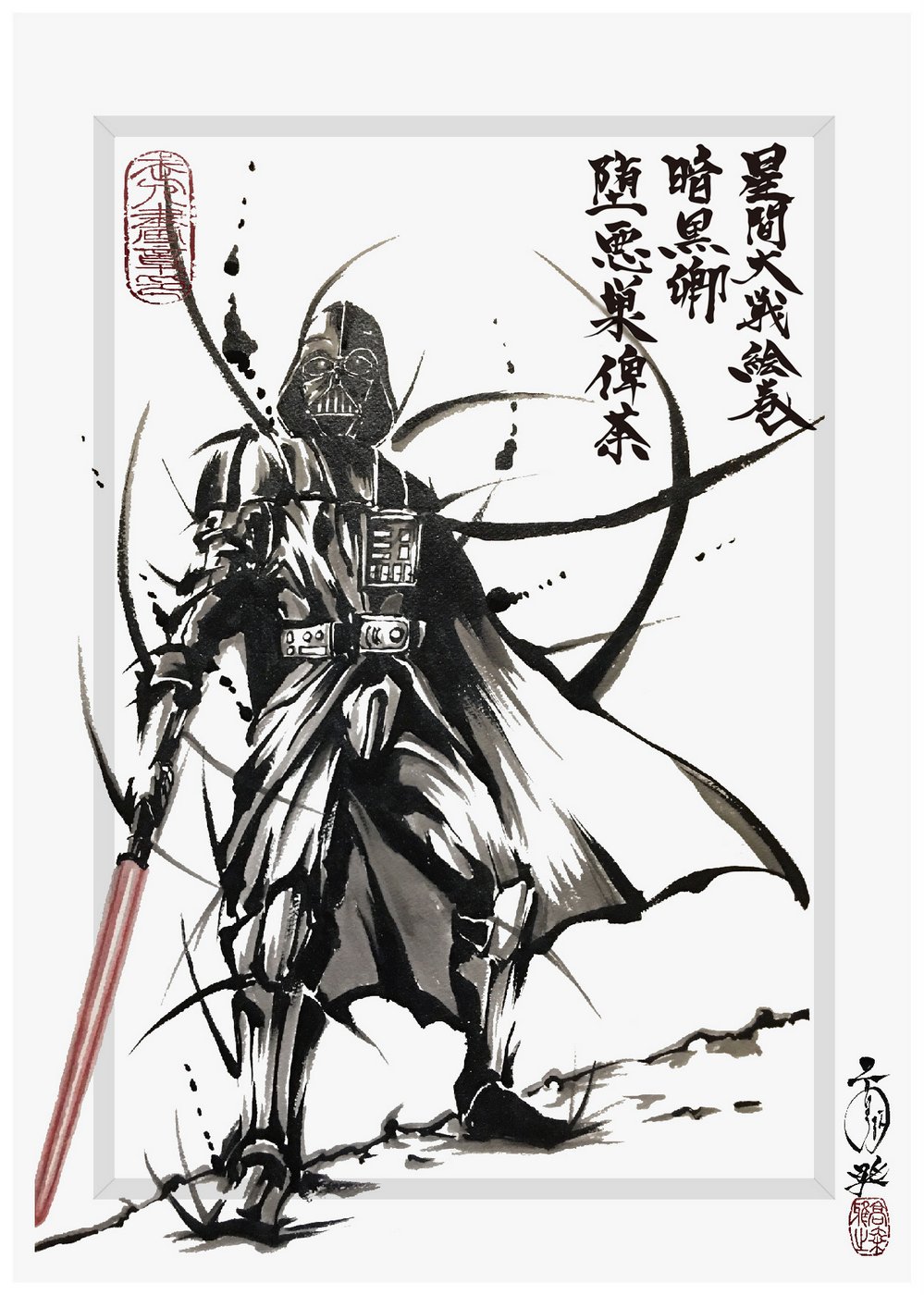 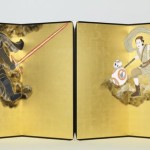 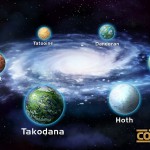 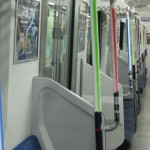