January 11, 2017 / Johnny / Comments Off on Ukiyoe of an Imaginary Beast Formed From All 12 Zodiac Animals 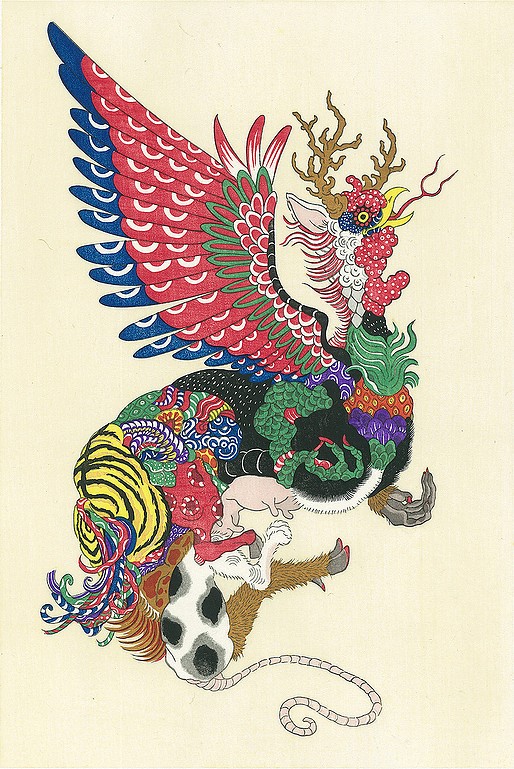 Over 150 years ago the ukiyo-e artist Shigematsu Enrosai created an imaginary beast as a woodblock print and called it “Twelve Precepts.” The beast featured the head of a rabbit, the neck of a dragon, the tail of a snake, the forelegs of a monkey and the hind legs of an ox. Indeed, it was a fantastical combination of all 12 zodiac animals. Now, Japanese artist Feebee has created her own interpretation, and has produced it in the same technique as it was made in around 1850. 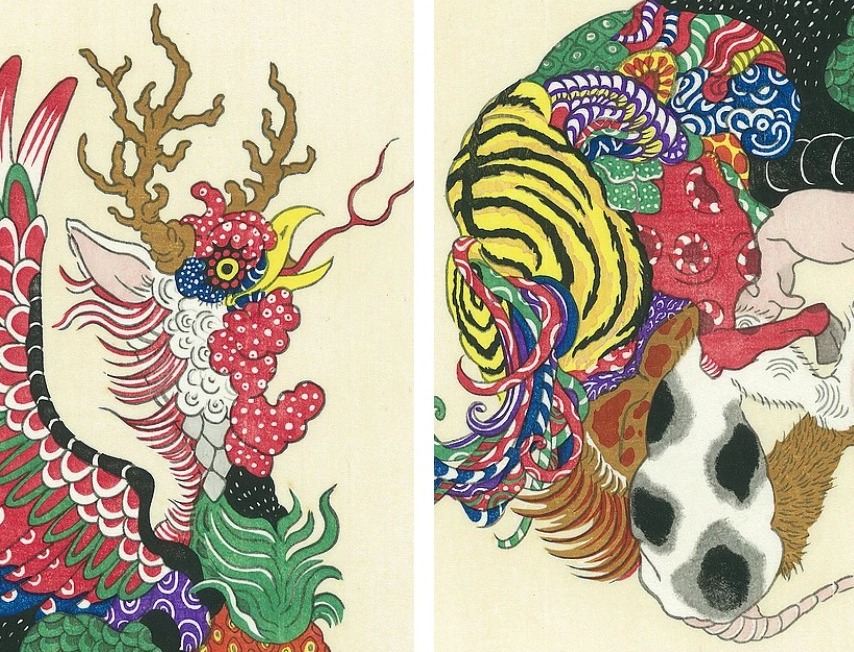 Feebee’s creation is titled “A beast called Kotobuki – bird-“ (2017) and is created in her unique style of using vivid colors and excruciating detail to render fantastical beasts. This time, however, instead of painting she collaborated with the Adachi Foundation for the Preservation of Woodcut Printing. If you were thinking about becoming a member, now’s your chance because Feebee’s woodblock print comes as a membership reward (20,000 yen, or about $170).

A special bonus to Feebee’s print: instead of sending different zodiac New Year’s cards each year, you can just send this one every year. 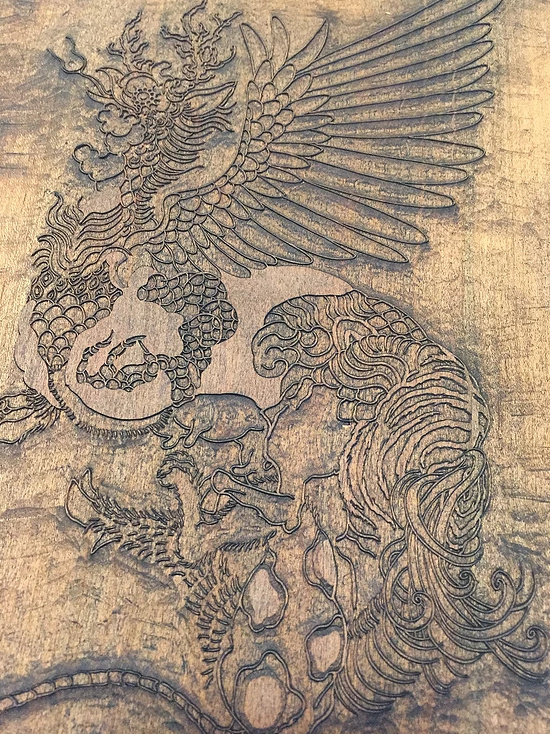 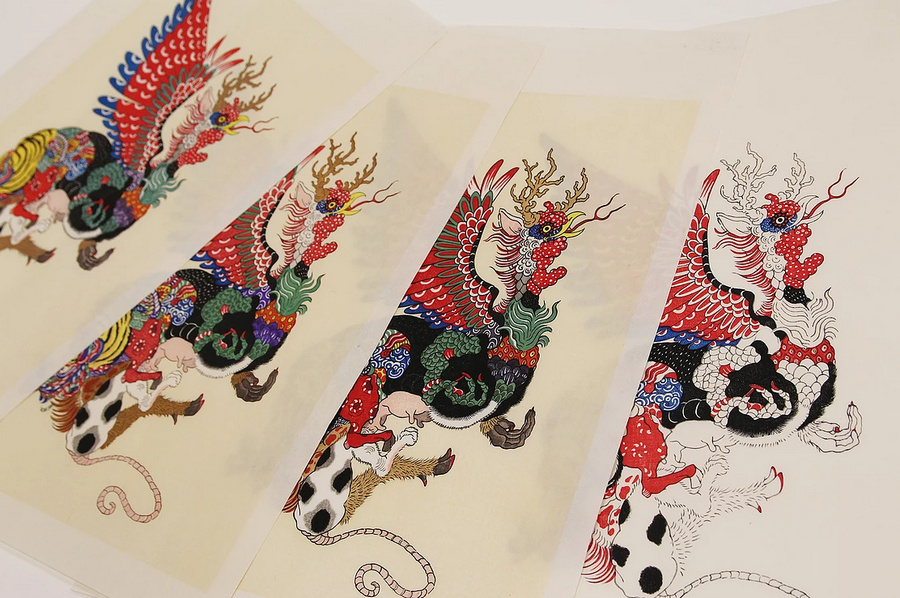 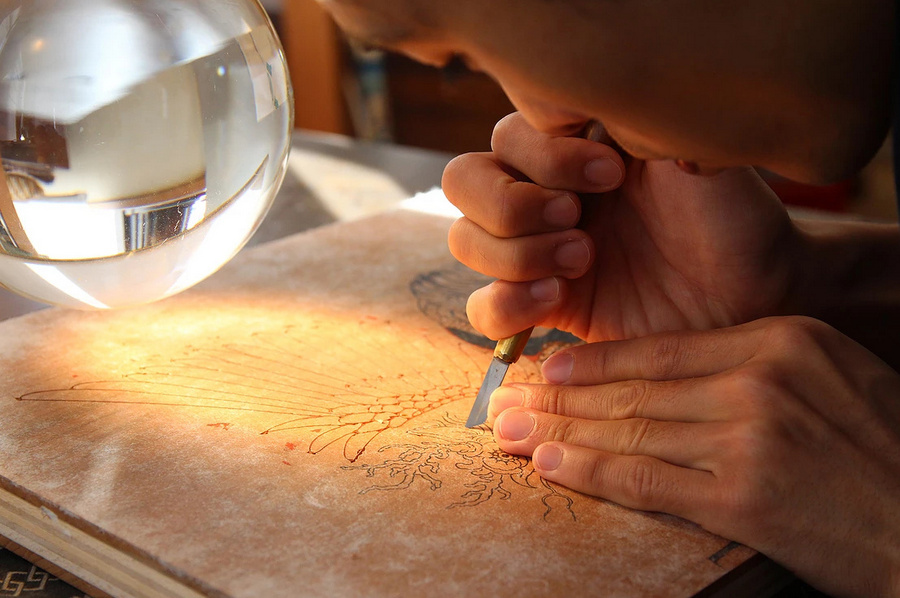 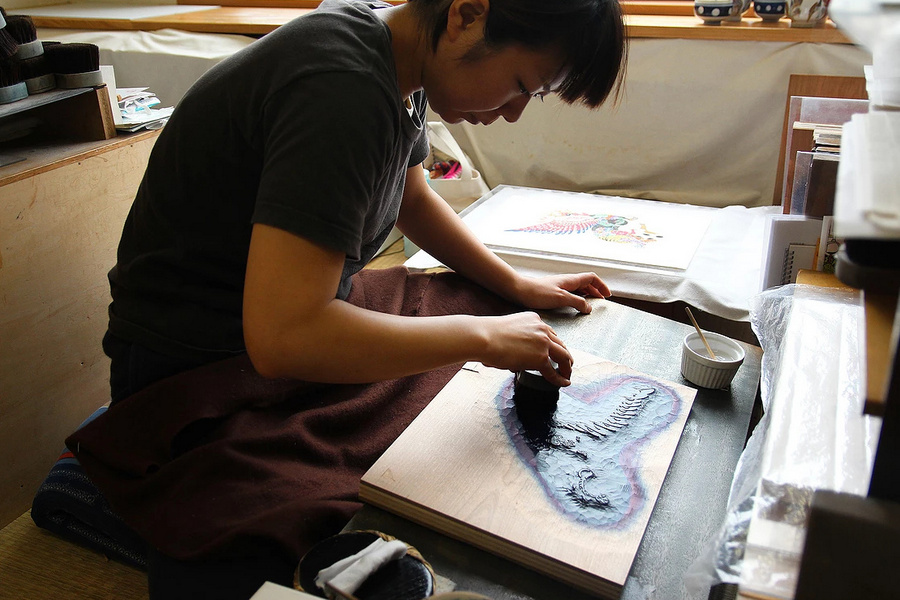 Below are 2 fascinating videos that show the production process of the woodblock print. Even if you’re familiar, it’s a nice reminder of the incredible work and craftsmanship that goes into producing these. 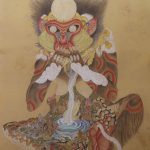