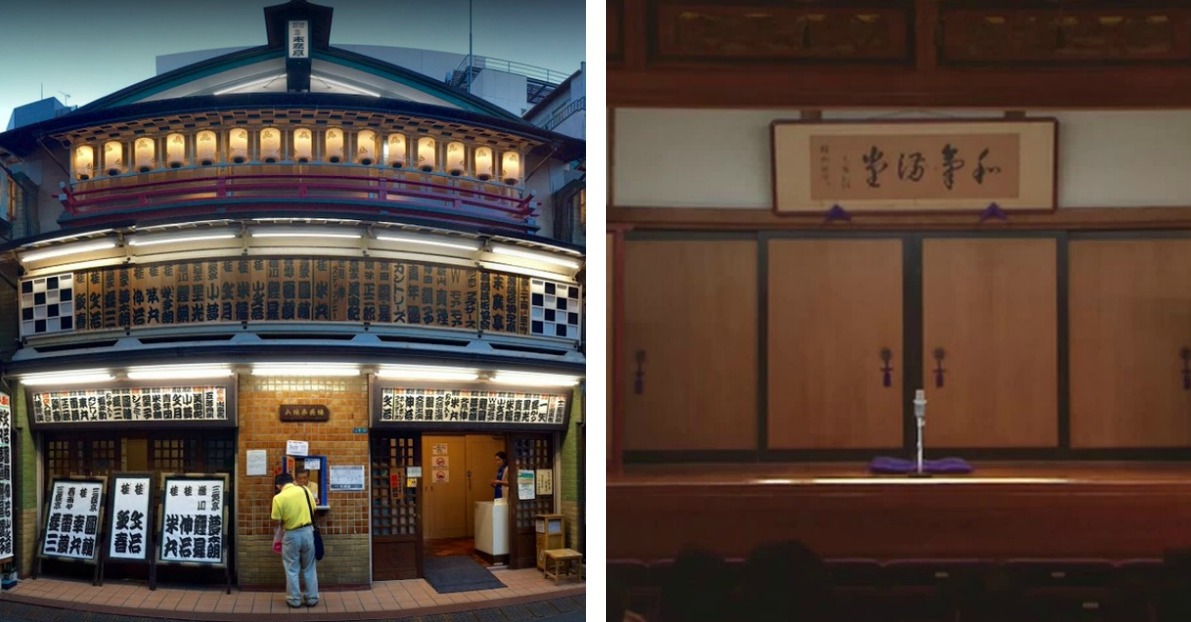 a traditional rakugo theater and stage

My kids, 10 and 8, are hooked on rakugo. I never thought I would say that, and it still feels weird that they look forward to watching an ancient (at least for them) form of Japanese comedic storytelling.

Rakugo originated in the 9th and 10th centuries by Buddhist monks who sought to make their sermons more engaging. Rakugo as we know it today was formed around the mid-1800s when the word, which literally means “fallen words” began to be used more commonly. 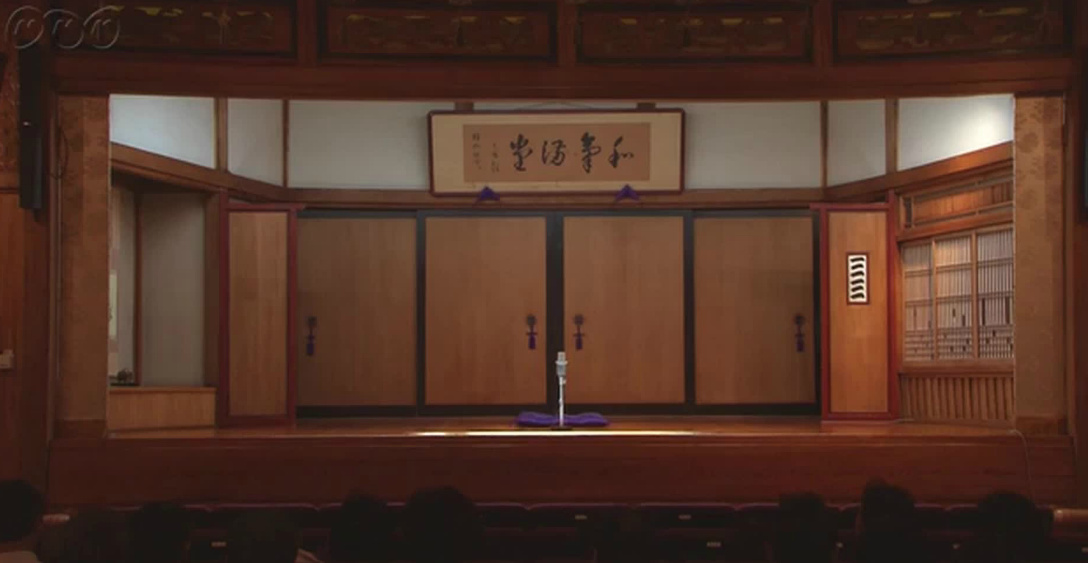 a traditional rakugo stage. a lone performer would sit in the middle and tell a story

If it existed in the West it may very well have been called sit-down comedy. In rakugo, the lone storyteller sits in the middle of the stage and relays a comical story that lasts much longer than your typical joke: usually 20 – 25 minutes. No props are involved, other than a small paper fan and cloth, so the comedic effect is entirely reliant on the storyteller’s verbal delivery, which can involve related skills like gestures, pantomiming and verbal sound effects. 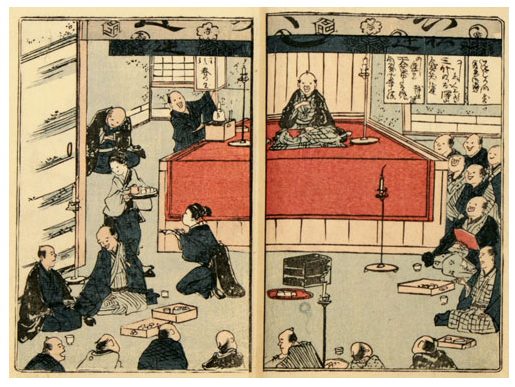 But because of its length – who has the patience for a 20-minute story nowadays? – and relative monotony the art has fallen out of favor, especially among younger generations. One survey from 2015 found that 52% of Japanese had never even seen a single Rakugo performance. And the figures are higher when broken out into those in their 10s and 20s.

But a new television show on NHK is breathing life back into the art form by approaching it more visually. Cho-nyumon! (“super-introductory”) Rakugo The Movie began as a pilot series last year – once in March and again in July – and was popular enough to be picked up as a regular program in October 2016. We first saw it late last year and were immediately hooked.

Cho-nyumon! Rakugo The Movie begins with actor and host Gaku Hamada, who sets the stage for 2 rakugo performances. Each begins as any other: the performer comes on stage and begins telling the story. But a short ways in the screen cuts to a reenactment of the story featuring real actors and comedians on set and in costume for what appears like a period drama. What becomes immediately clear, and remarkably impressive, is that the actors are lip-syncing the original performer’s voice as they go along.

Cynics may dismiss the attempt at visualizing rakugo as untrue to the original art form. But by adding a lip-synced reenactment of the story it feels as though the entertainment value has increased while the essence has been preserved. It’s certainly a joy for me and my kids to watch.

A recent episode (embedded below) featured the stories Kamadoro (“rice pot thieves”) and Niban-senji (“2nd brew of tea”). NHK has also posted the original performances without the reenactments.

Basic plot and punchline: thieves are stealing rice pots throughout town so one owner decides to sleep inside his and catch the thieves in the act. He gets drunk though and drifts into a deep slumber. The thieves carry off the pot while he’s still inside. Eventually he awakens and opens the lid but the thieves have already run off and he’s inside a rice pot that’s sitting on a pathway. “They’ve made off with my house!” exclaims the man.

Basic plot and punchline: a group of fire wardens return from patrolling the neighborhood on a cold night. Although not allowed, they decide to start drinking sake and disguise it by pouring it from a tea pot. A government official unexpectedly visits and questions the contents of the teapot. The crew explain that it’s a medicinal tea but that they’ve run out. “Fine,” says the official, “brew up a 2nd batch and I’ll have some.” 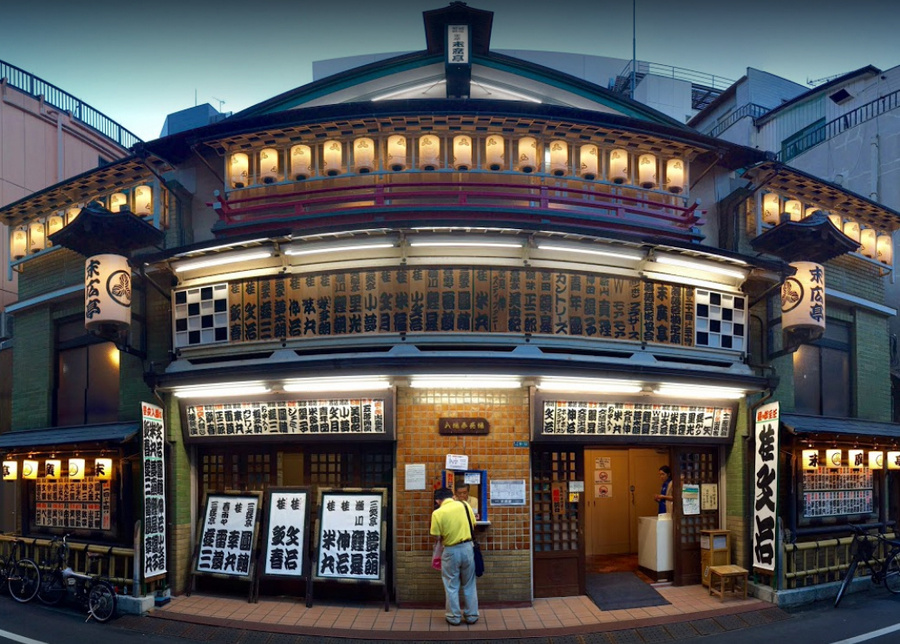 Rakugo does require some basic Japanese language comprehension in order to fully appreciate it. But the stories are loaded with cultural tidbits (like the tradition of niban-senji) that learners will find educational and fascinating. If you’d like to try out the real deal, there are two major venues in Tokyo: Suehiro-tei in Shinjuku and Asakusa Engei Hall. Both cost about 3000 yen but Suehiro-tei has a late-night show every other Friday from 9:30 – 11:00pm that’s only 500 yen.

Don’t speak Japanese but still want to test out the rakugo waters? Katsura Kaishi has made several attempts at English rakugo. 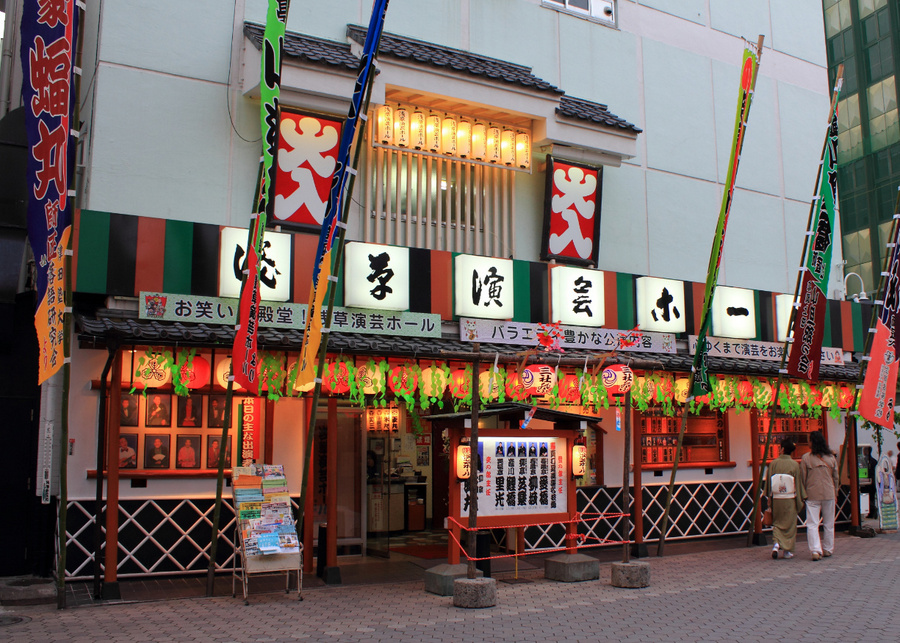 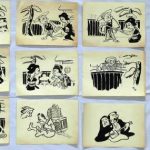 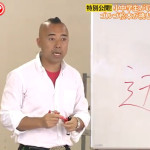 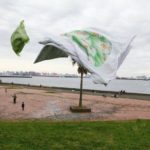 Sculptures of Processed Cylindrical Fruits and Vegetables by Takuma Kamata