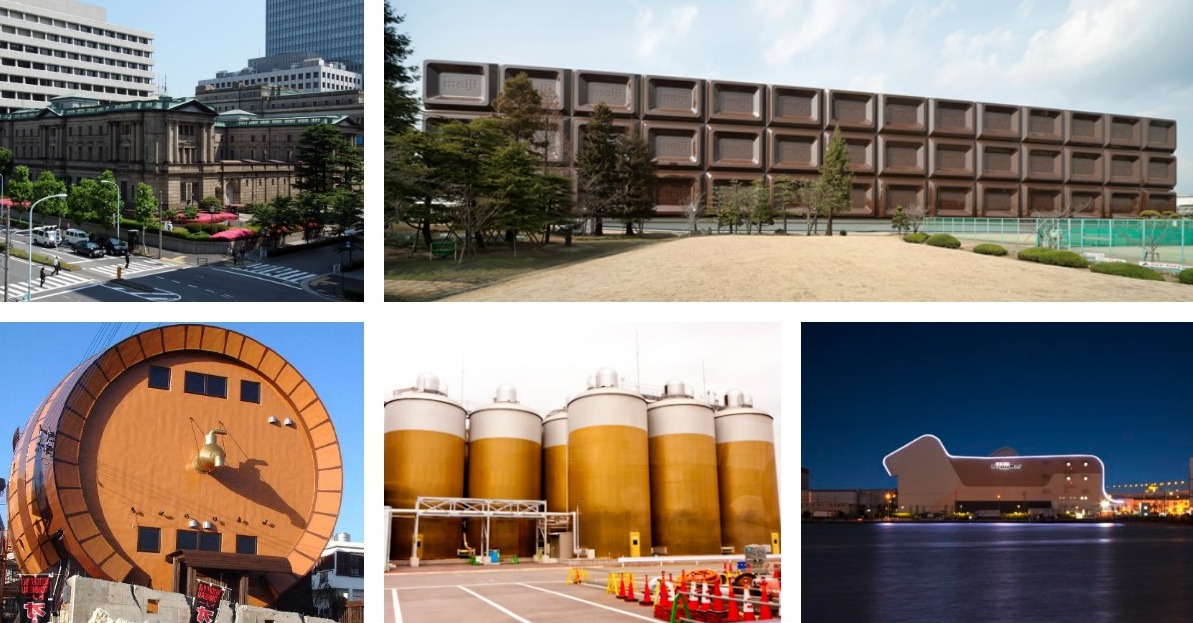 The other day we stumbled upon a building in Osaka that was shaped like a dachshund. As it turns out, it was a warehouse and distribution center for the Japanese pet food company DoggyMan, which made sense; what you see is what you get.

But it made us wonder: what other novelty architecture is there in Japan in which buildings are shaped like the things they sell? Unsurprisingly, there are quite a few. And thanks to our Twitter followers who pointed us in interesting directions. Read on for some of our favorites. 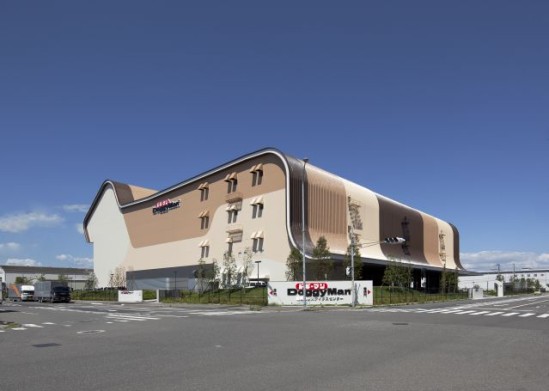 The aforementioned dachshund-shaped building was designed by Nikken and completed in 2011. It functions as DoggyMan’s warehouse and distribution center and is located in Osaka. It can be seen if you’re driving along the Hanshin Expressway No. 4 (Gmap). An outline along the roof lights up at night, allowing drivers to see the adorable shape even when its dark. 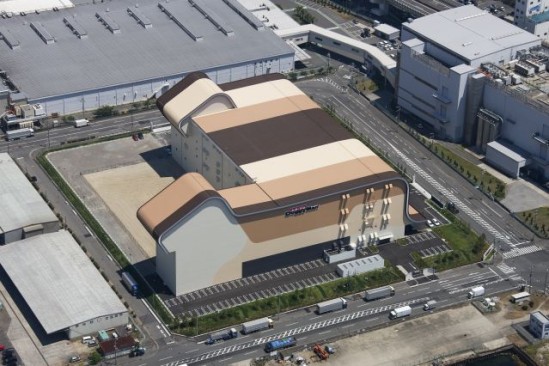 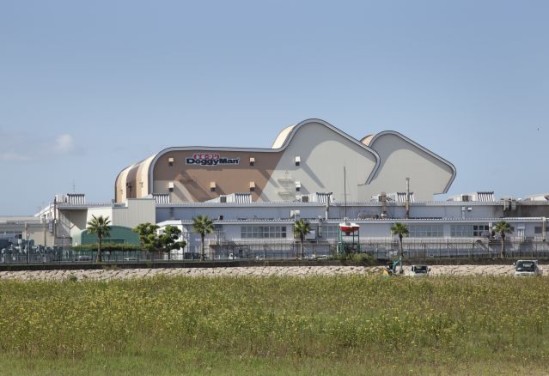 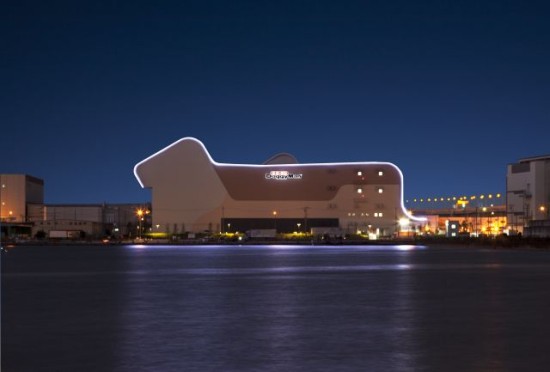 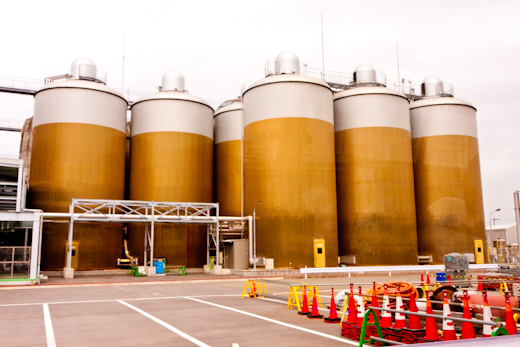 Located along the Tokaido Shinkansen Line (and viewable as you’re pulling out of Nagoya Station) is the Kirin Beer Factory. The tanks are immediately recognizable because they’re painted to look just like a tall glass of beer: golden brown on the bottom with white foam at the top. If you’re actually in Nagoya you can also schedule a free tour and tasting! (They even have a hip-looking restaurant) 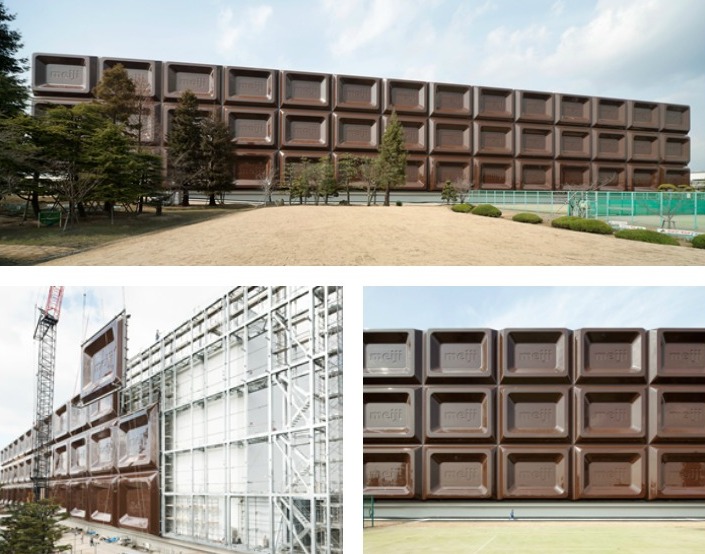 In 2011 Meiji, known for their chocolate candy, decided to refurbish their first factory that was originally built in 1955. Since then it’s been a magical place for kids and the company wanted to instill that same magical spirit into their new factory. Given that the JR Kyoto train line runs directly south, Taisei Design proposed an idea that to make the entire façade look like a gigantic bar of chocolate that can be seen from the train. It’s 28 m high and 166 m long, which is equivalent to 38,000 bars of chocolate. If you want to visit, they offer free tours as well. 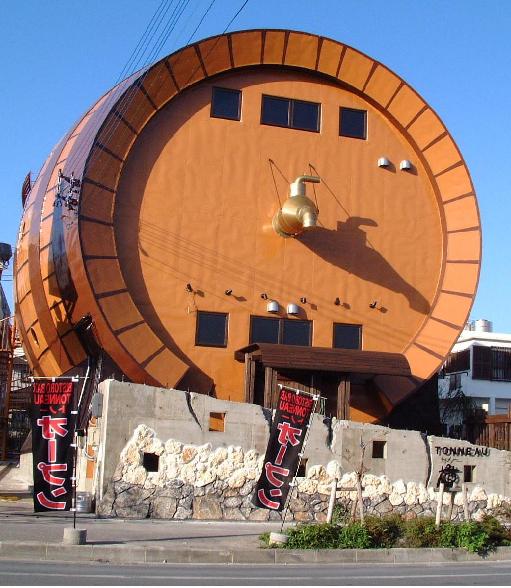 In Okinawa there’s a bar and eatery known as the Barrel Restaurant. The real name is Taru Tonneau (taru means barrel in Japanese) and the shop is shaped like a gigantic whiskey barrel. It’s been around since at least 2012 but its website looks like it’s from the 90s. It’s one of the more wild novelty architecture designs we’ve come across but it certainly does the trick in announcing its business. 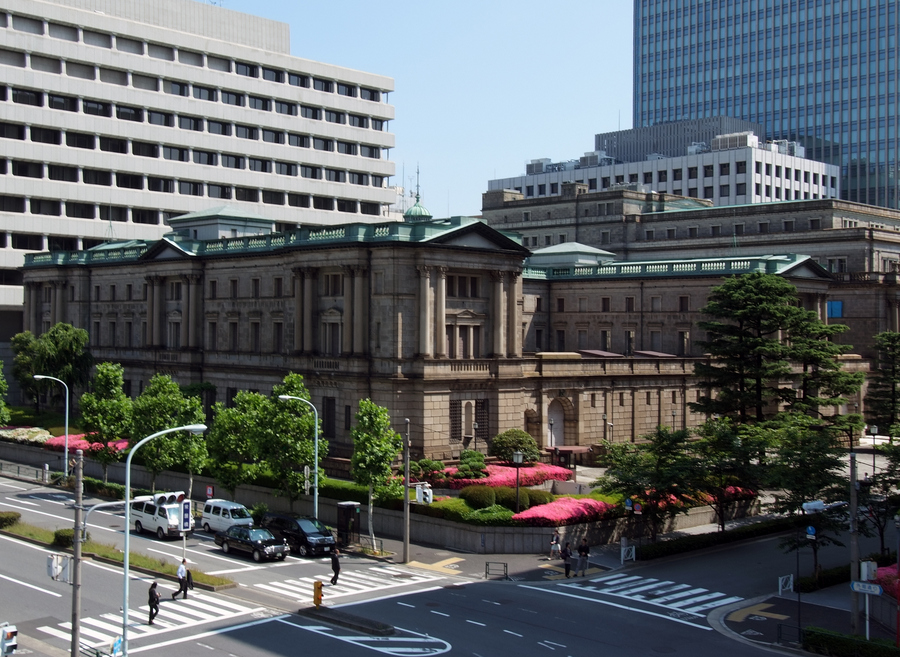 The Bank of Japan

The Bank of Japan (BOJ) technically doesn’t sell money. But they do issue banknotes, as well as implement Japan’s monetary policy. So it only makes sense that the old headquarters of the Japanese yen currency is shaped like the kanji for yen (円). But, like the previous examples, the BOJ building’s form isn’t immediately recognizable from the street. But thanks to google earth we were able to get a bird’s eye view, which reveals it’s yen-semblance. The BOJ building was designed in 1896 in a neo-baroque style by Tatsuno Kingo (who also designed Tokyo Station). 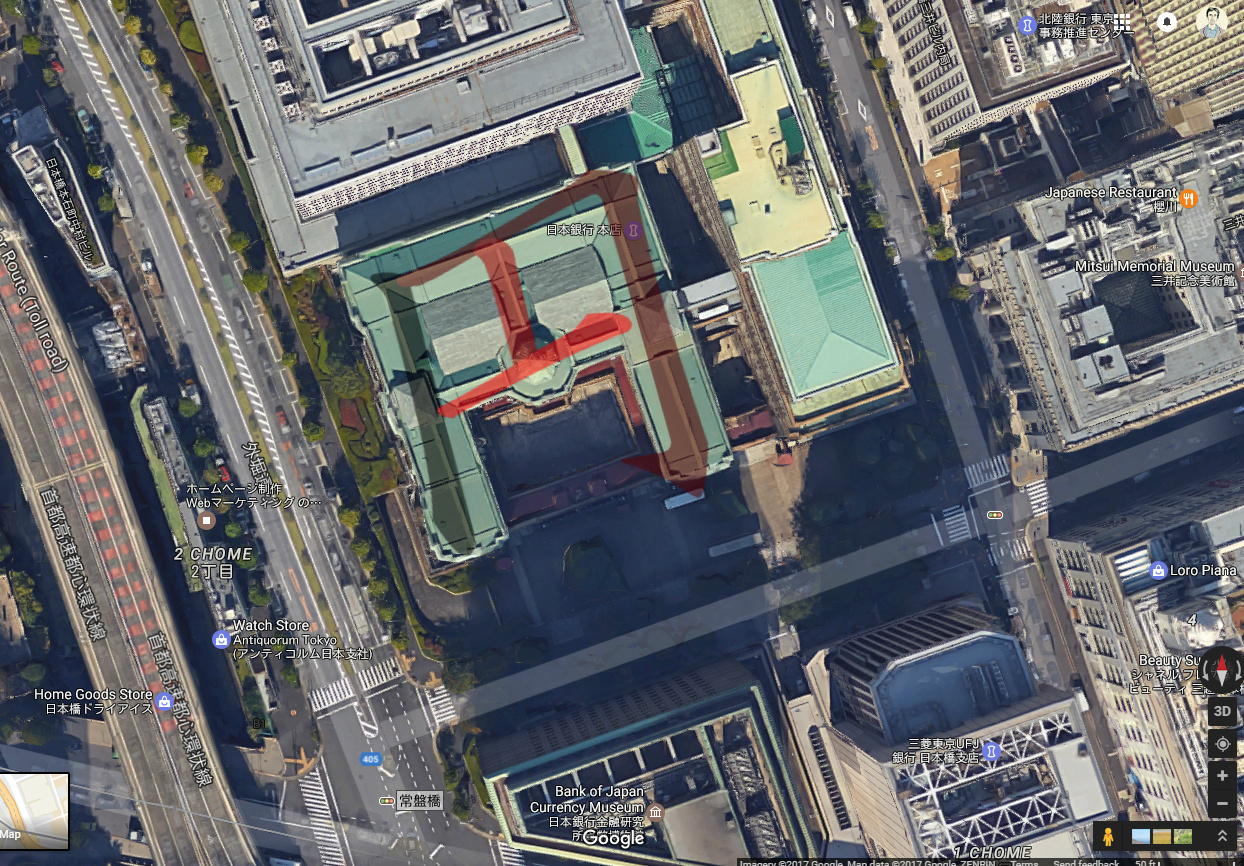 It’s actually unclear whether or not the yen design was intentional. And there’s some confusion over whether the kanji for yen was even used back then. It’s true that the formal kanji for yen was 圓 and it wasn’t simplified to 円 until 1946. But a little digging reveals that Meiji government that emerged from the collapse of the Edo Bakufu established a formal currency in 1871, 25 years before Kingo designed the BOJ. And at the time they also designated 円 as the kanji.

In addition, the BOJ building was constructed where a gold coin foundry was previously located. So although the evidence isn’t conclusive, we would like to imagine that Kingo foresaw satellite technology and gave future internet dwellers a gift to ogle over.