After 20 years of capturing the street style of Japanese teens in and around Harajuku, Japanese magazine FRUiTS says it has published its last issue. The reason? Lack of material. In an interview with Fashionsnap, founder, editor and chief photographer Shoichi Aoki said that the main reason his monthly magazine was shuttering after 20 years and 233 issues was that “there were no more fashionable kids to photograph.” Aoki says that over the years he had noticed the trend of declining cool kids that met his magazine’s standards, and that the trend particularly intensified last year. Aoki’s publishing company will continue to publish their last remaining title STREET, but their other title TUNE is currently on hiatus. This trend is in sync with anecdotal evidence we’ve heard and seen about the rise of Uniqlo and how kids are no longer spending money on fashion.

FRUiTS was often championed as real street photography, as opposed to photographs of undercover models trying to pass themselves off as innocent bystanders. FRUiTS will be missed. 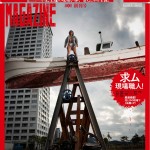 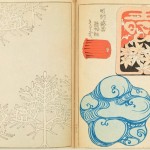 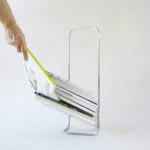