February 23, 2017 / Johnny / Comments Off on Torarin: A Museum Mascot Inspired by an 18th Century Painting

Torarin was born from an 18th century painting

Japan has no shortage of yurukyara mascots. Municipalities have a mascot; political parties have a mascot; even the police force and the prisons have mascots. But one mascot that art-lovers like ourselves can truly rally behind is Torarin, the Kyoto National Museum mascot. 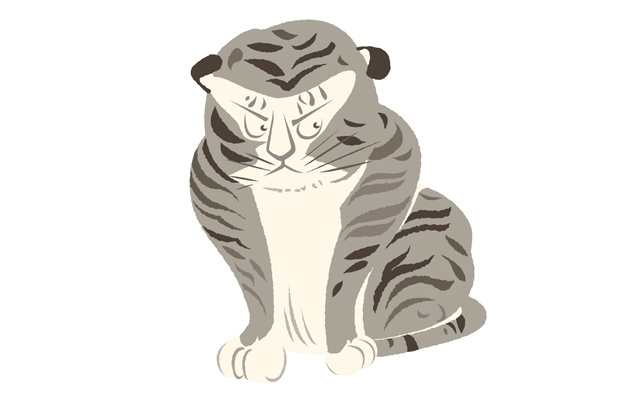 Torarin’s real name is a mouthful: Kogata Rinnojo. So most people just call him Torarin (Tora means tiger and rin is short for rinpa, the historical school of Japanese painting). Indeed, Torarin was born from an 18th century painting done by the Rinpa school painter Ogata Korin (1658-1716).

The painting is called Toranozu and it’s an ink painting that depicts a sitting tiger in front of a bamboo grove. Its eyes have the look of a naughty child, ready to get into mischief. It’s a significant departure from the more powerful Chinese-style paintings and can almost be described a s a caricature. 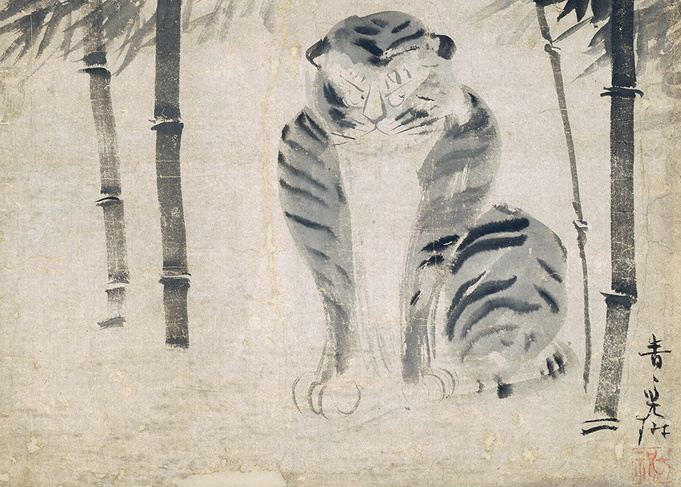 In a 2015 article we actually suggested that mascot designers should look to this style of painting for inspiration. “We could picture any number of these adorably drawn creatures being turned into municipal mascots,” we said, referring to a 1795 illustrated zoological booklet.

Get ready to hear a lot more from Torarin. 2017 is going to be a busy year for him because it’s the 120th anniversary of his employer, the Kyoto National Museum. He’s already got a website, a blog and a twitter account with over 7000 followers and is ready to do some serious marketing. 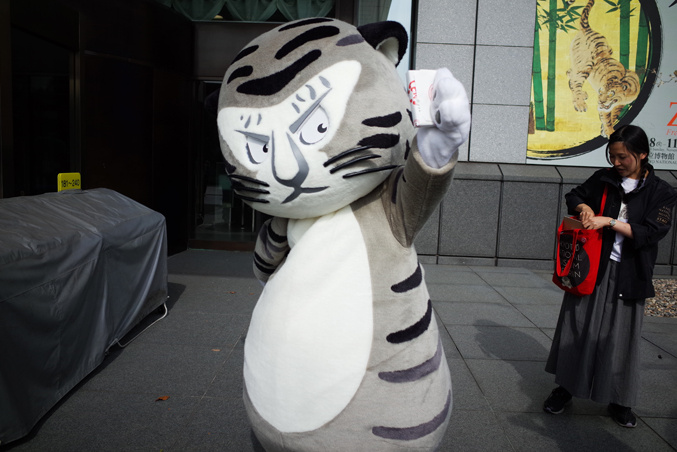 Torarin shares pictures of various outings on his blog 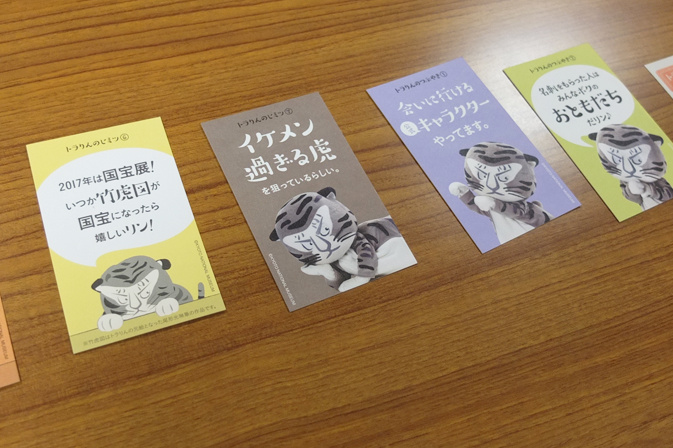 His face is now on various pamphlets 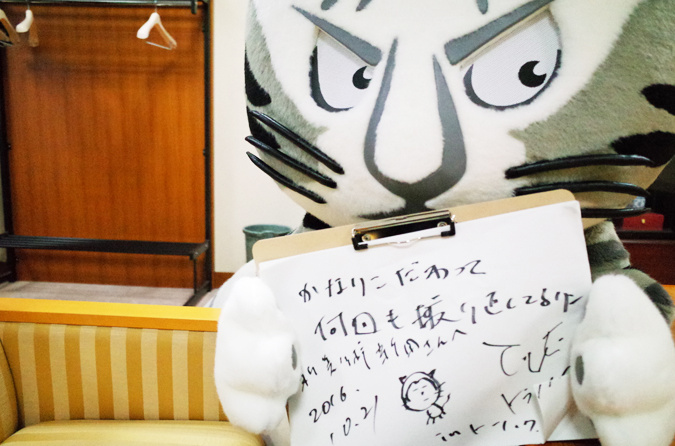 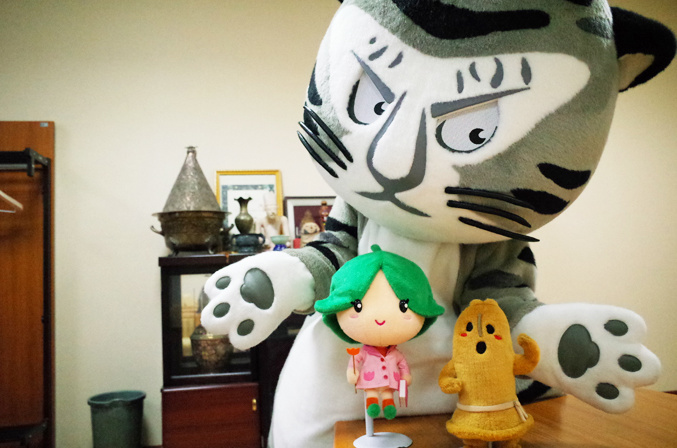 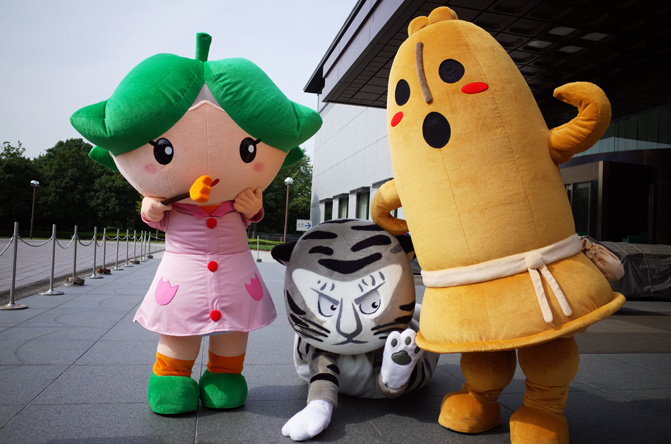