March 10, 2017 / Johnny / Comments Off on Destroyed by the Tsunami, JR Onagawa Station is Rebuilt by Shigeru Ban and Hiroshi Senju 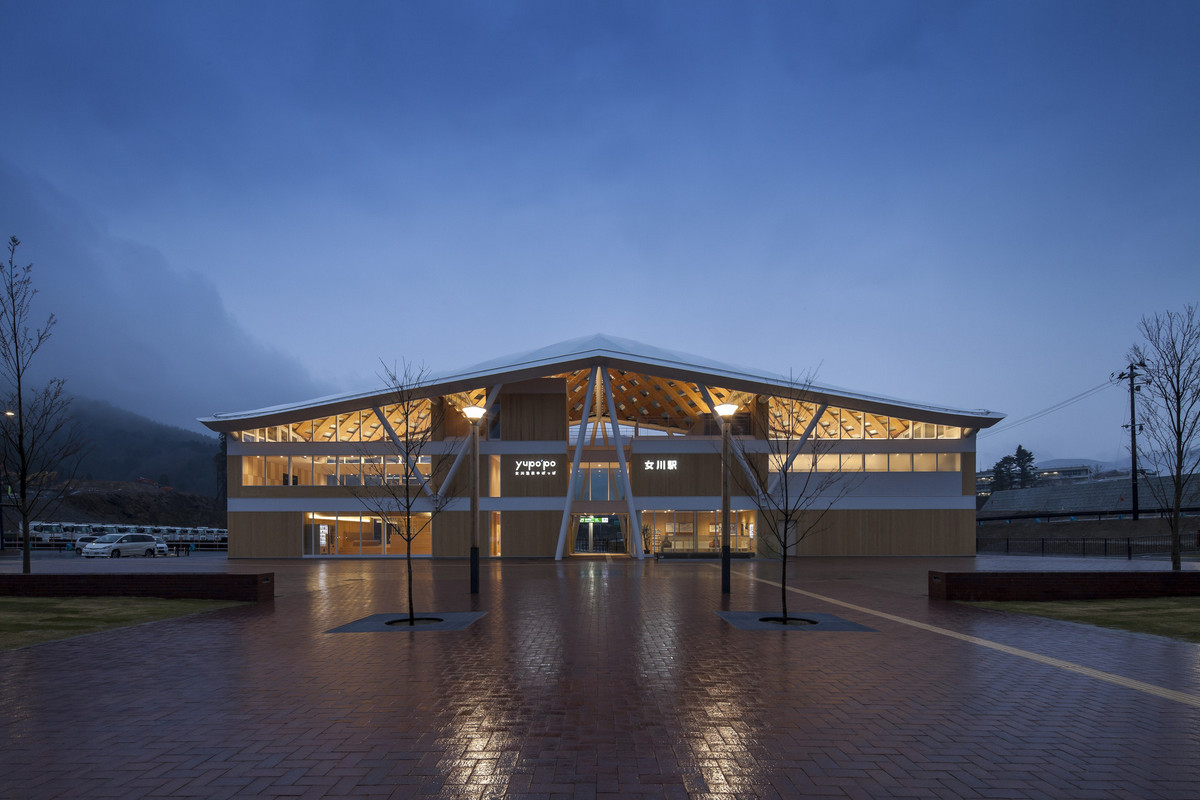 On March 11, 2011, a powerful tsunami triggered by the Tohoku Earthquake swept away Onagawa Station and the train tracks on the Ishinomaki Line.  Six years later, the new station is a symbol of pride for local citizens. 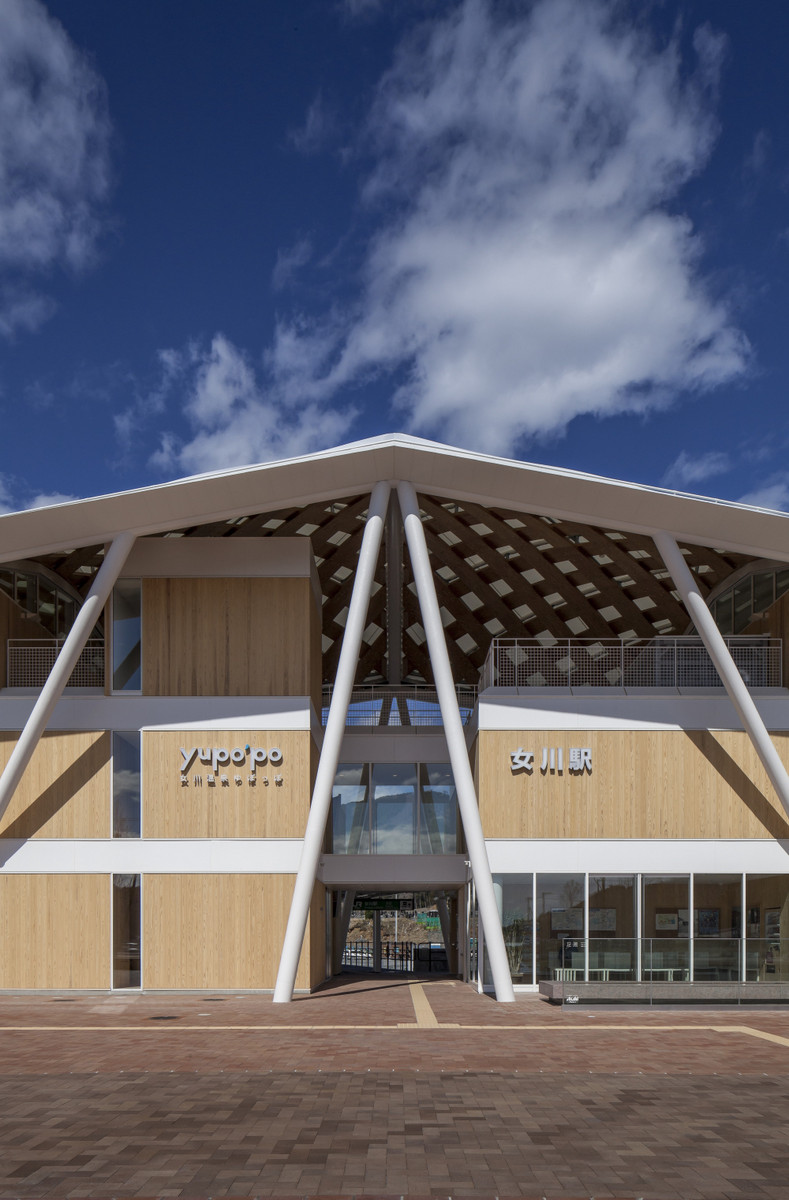 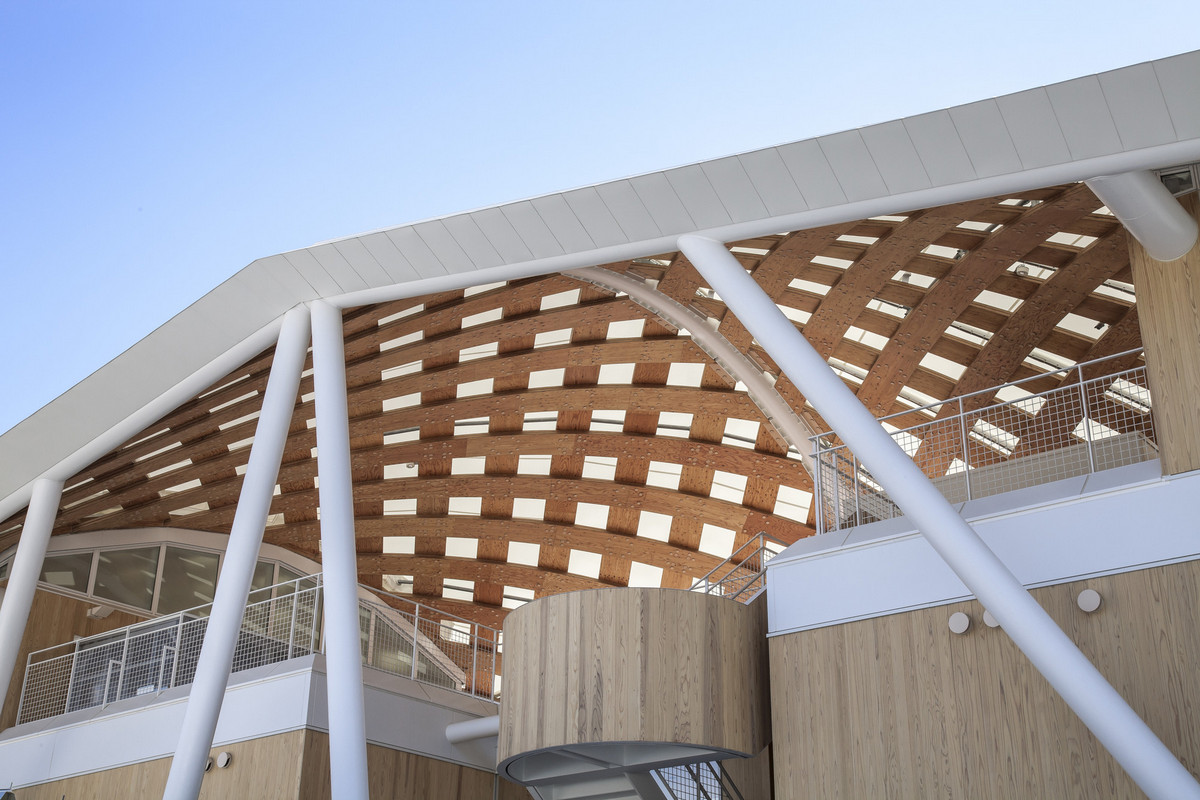 The new Onagawa Station opened in 2015 and was built on elevated land roughly 150 m (500 ft) inland from where it previously stood closer to the water. The 3-story structure was designed by architect Shigeru Ban, who also contributed his designs to temporary housing structures nearby in the wake of the tsunami. 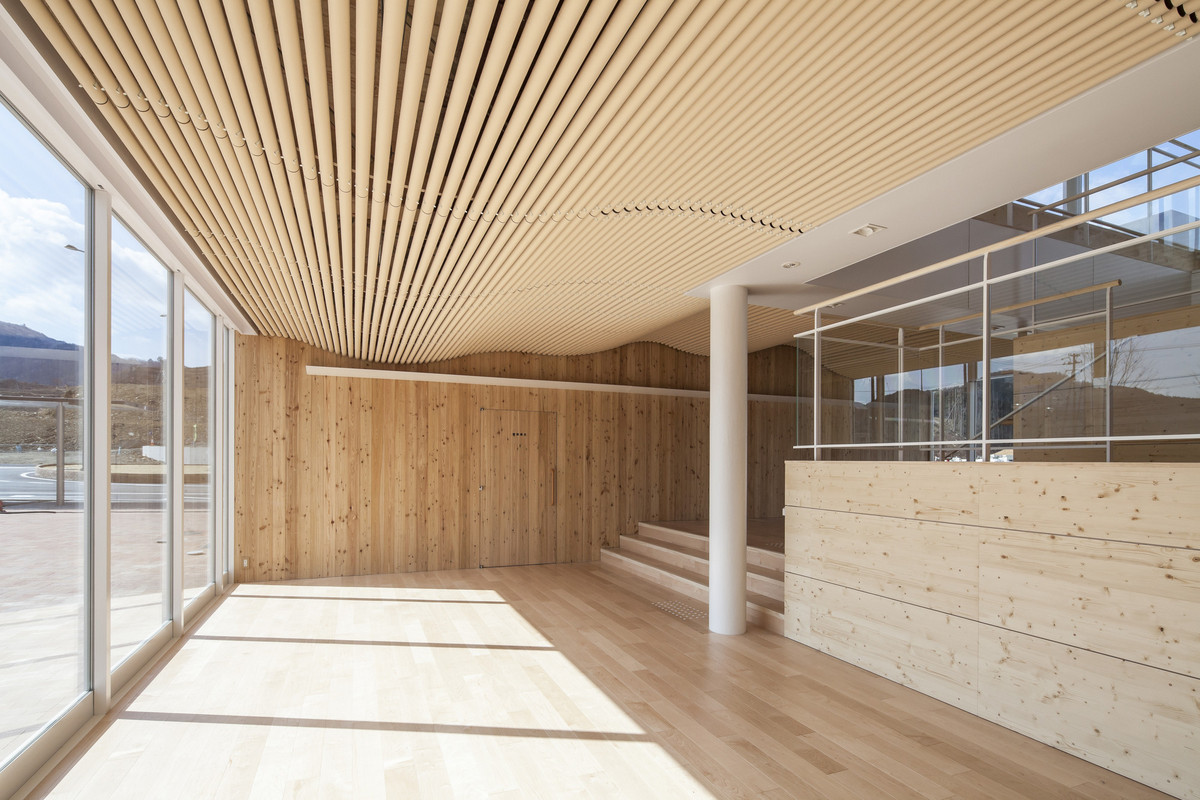 Prior to the earthquake there was a public hot spring situated next to the train station. It was a beloved spot where locals would come to bathe, eat dinner nearby, and then come back for one more soak before returning home to sleep. Ban incorporated this bathhouse into the design for the station, allowing for the entire 2nd floor to be dedicated to the hot spring. Now, you can visit Onagawa Yupo’po as soon as you get off the train. 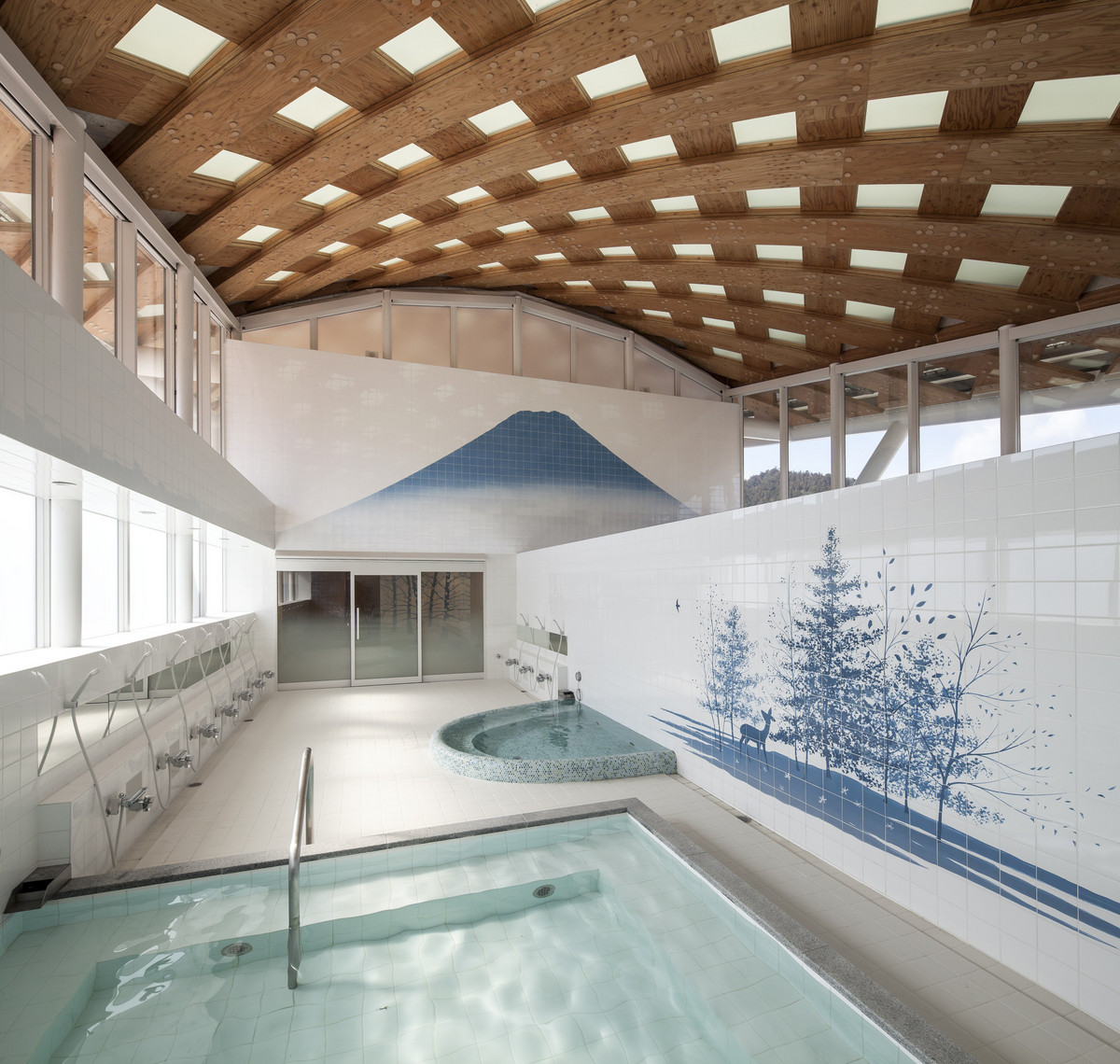 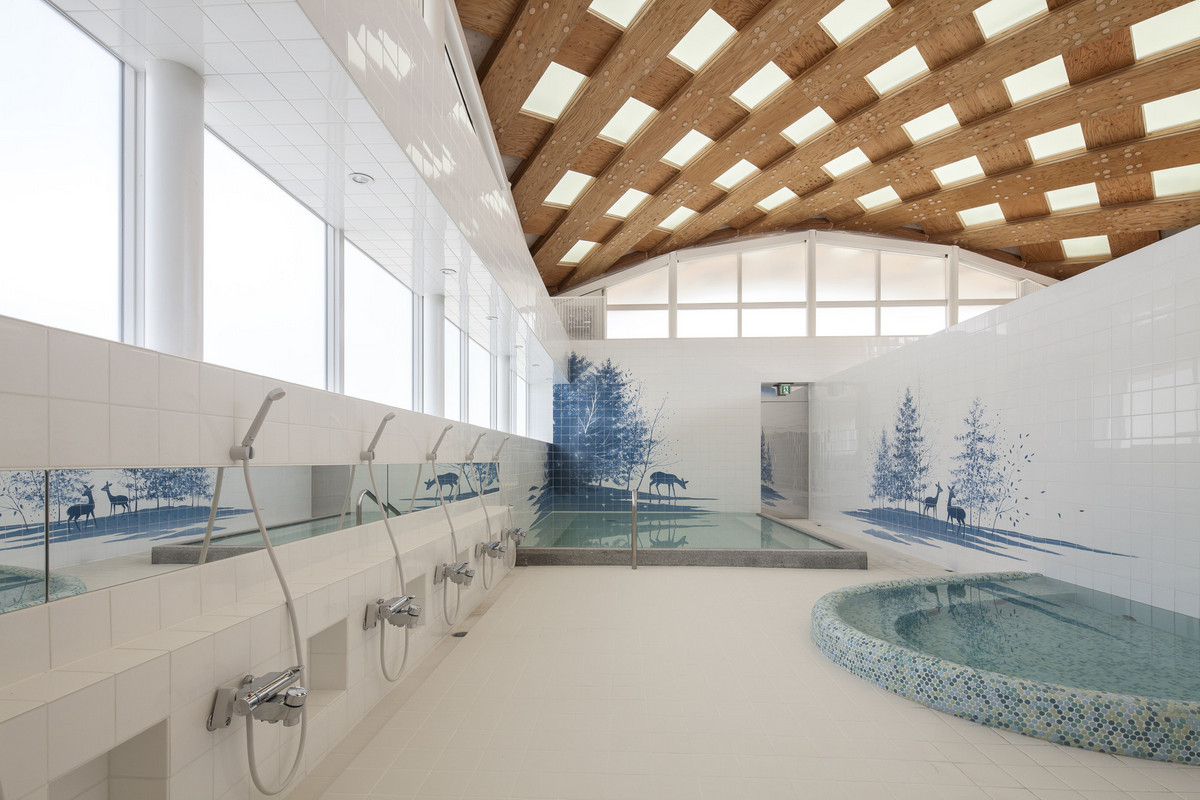 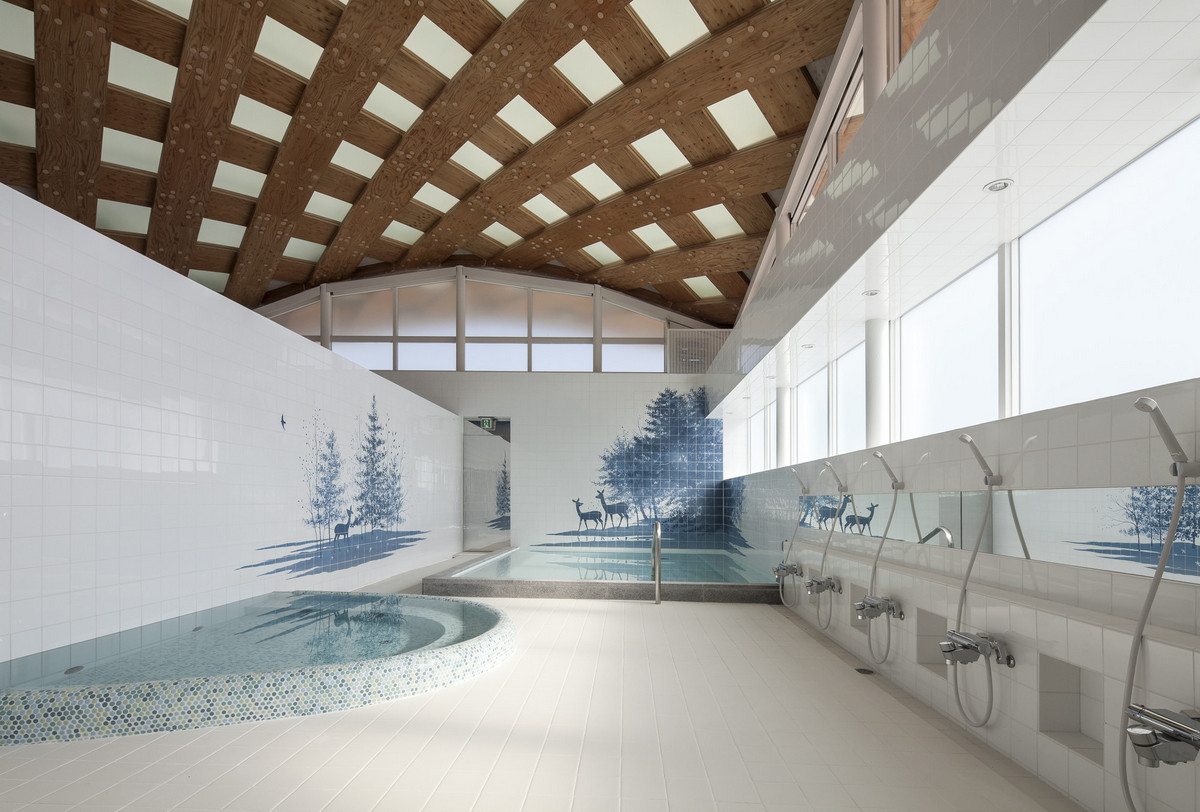 But to create something extra special for the locals, who lost so much in 2011, Ban invited artist Hiroshi Senju to contribute artwork to the bath tiles and Senju agreed to take on the job pro-bono. Japanese public baths typically feature murals of Mt. Fuji so visitors can look at the mountain while relaxing in the hot spring. So Senju painted Mt. Fuji in his own style, and also over trees and deer to accompany the men and women’s bathing areas. 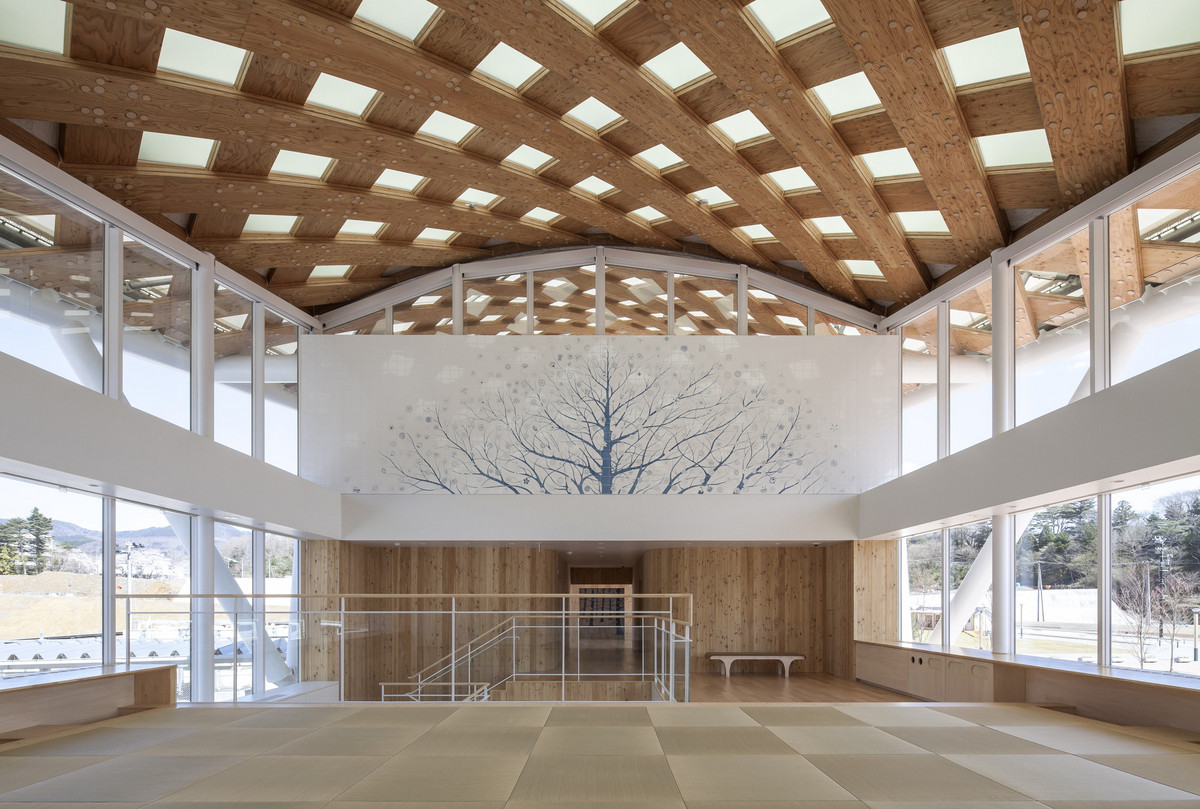 In the lobby is a large piece called “Family Tree.” Also painted by Senju, it features over 900 different flowers that were sent in as submissions from around the country. Once the artwork was complete, it was then transferred onto ceramic tiles by Lixil. 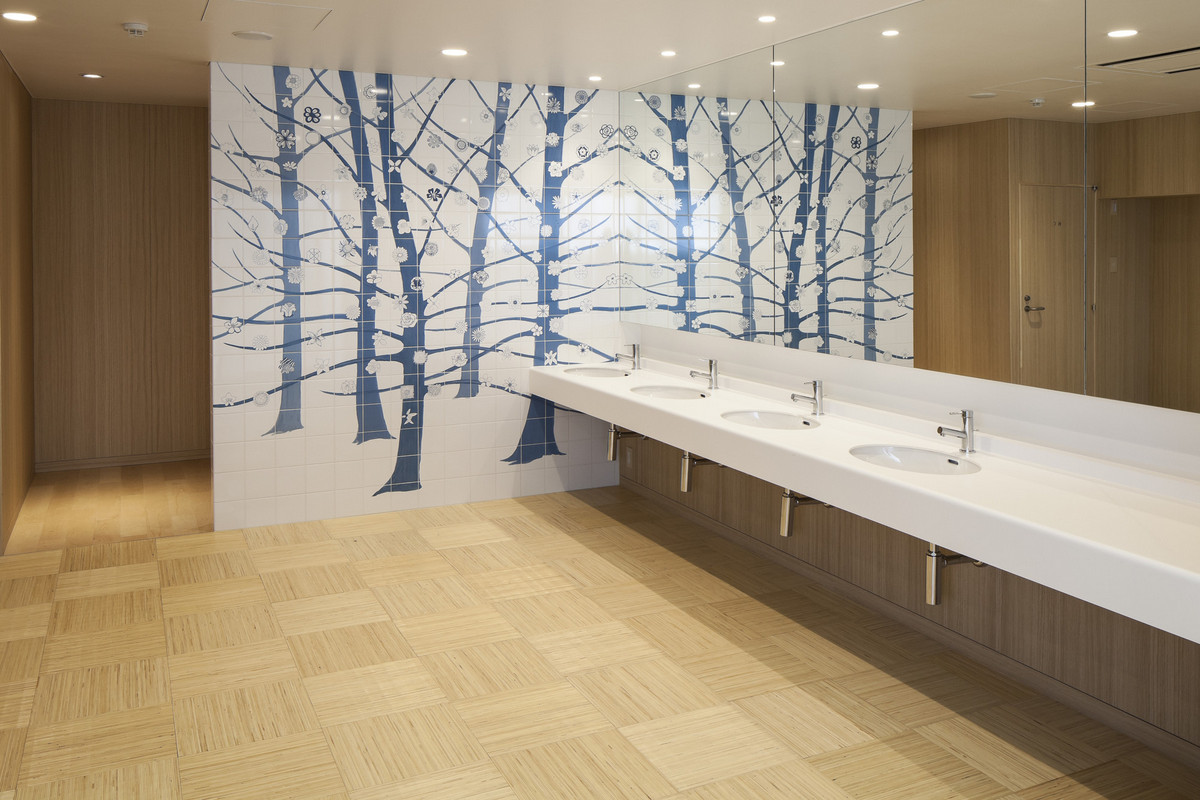 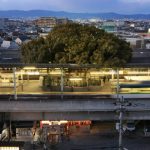